Google Photos may have corrupted your old photos, company says working on a fix

Google has acknowledged the bug and said that it is aware of the issue and is "rolling out a fix." It added, "The original photos are not impacted." Google Photos users, over the past few days, found their old photos corrupted when they decided to scroll back some years to relive some memories. To their dismay, users said their old photos in the Google Photos app have what look like water stains on them, as well as discolouration, cracks, and other visual changes. The glitch seems big as it is reportedly affecting both Android and iOS apps of Google Photos. Also Read - How to hide Memories in Google Photos

According to complaints spotted by 9to5Google, the photos that were saved to Google Photos a long time back are turning out to be weird. For instance, a user posted a “corrupted” photo of their dogs and you could see abrupt lines on it. At best, the photo looks edited by someone who doesn’t know to edit. Users also said that the anomalies in photos remained even in the downloaded versions. The problem persists for both individual downloads and Google Takeout. So, in essence, you cannot escape this bug and unless Google fixes it, your photos are unlikely to be back in good shape. Also Read - Made by Google event 2022: 7 Things you didn’t know about Pixel 7 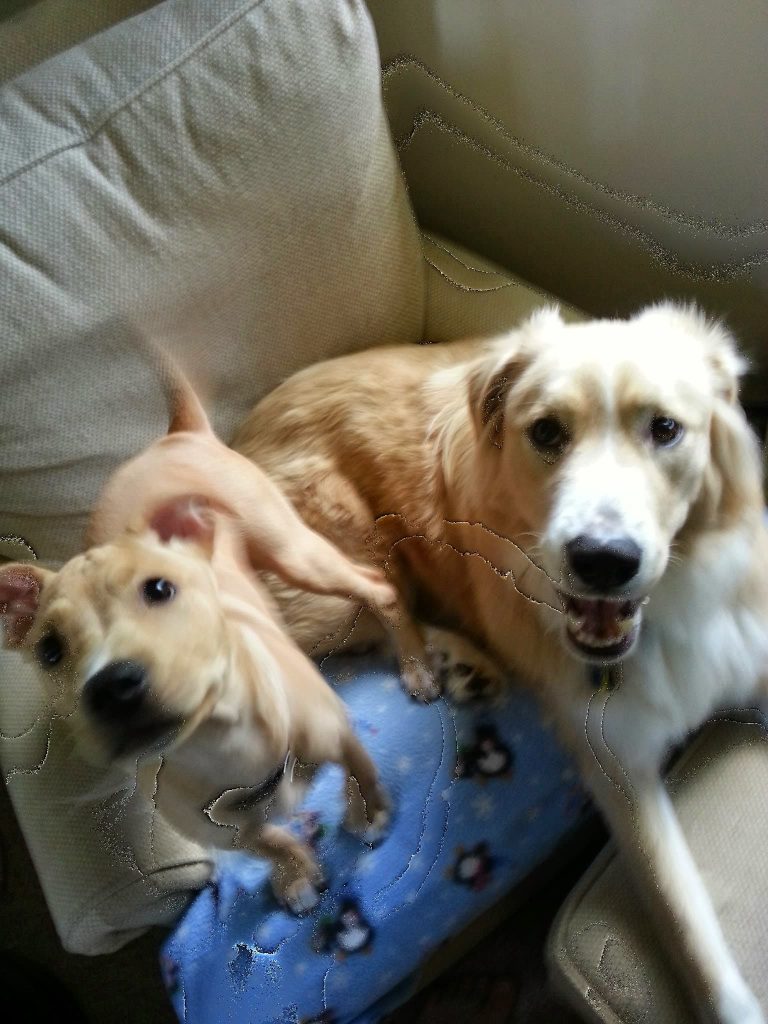 A sample image posted on the Google Photos Help forum.

Google has acknowledged the bug and told 9to5Google that it is aware of the issue and is “rolling out a fix.” It added, “The original photos are not impacted.” It is not clear whether the word “original” means the original photo quality or the original copy of the photo. Also Read - Google revamps Photos with redesigned Memories, a new collage editor and more

If it is the former, this means if you had saved your photos in the original format — which preserves the original resolution and details — your photos are unlikely to become “corrupted.” This also means that if you saved photos using options other than Original, the deep cracks and dot patterns are likely to appear. But if what Google meant is the latter, then it means that the original copies of your photos may have not been affected but their edited counterparts appear to have issues.

Google will hopefully roll out a fix for the bug in the coming days, if not immediately.