The Realme X flagship smartphone has been launched in China with a 16-megapixel pop-up selfie snapper, and a 48-megapixel rear camera. We shot some photos to see how it performs. Let s first talk about the camera specifications. At the back, you get a high-resolution 48-megapixel sensor (f/1.7 aperture), paired with a secondary 5-megapixel depth sensor. There is AI mode for scene detection, and the cameras support 960fps ultra-slow-motion video capture too. Realme has also added chroma boost tech that adds a little punchiness to the photos, thus making them pop-out. Also Read - Realme C2 review: Bang for your buck

Another highlight is the pop-up selfie snapper of 16-megapixel resolution. Realme says the camera pops up in 0.74 seconds, and it can withstand 200,000 operations. With the specs out the way, let s quickly jump to the camera samples.

We had gone to the Great Wall of China where we got to click some interesting photos. So, in this first photo, you can see that the camera is doing a decent job where the colors of the trees look natural, the sky isn t blown out, and the shadows also look detailed. 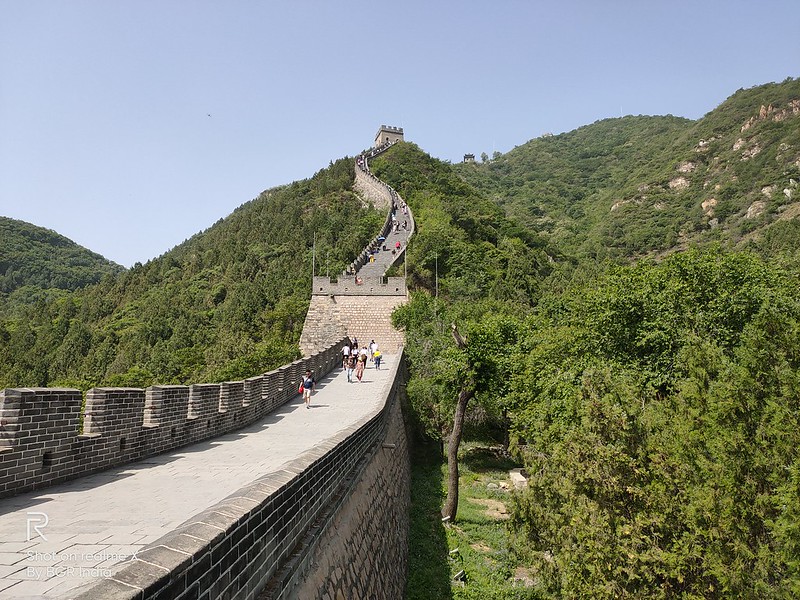 In the second photo, you can see the view from the top of the Great Wall, and the weather was pretty hazy, yet, the camera on the Realme X has managed to capture a good photo. 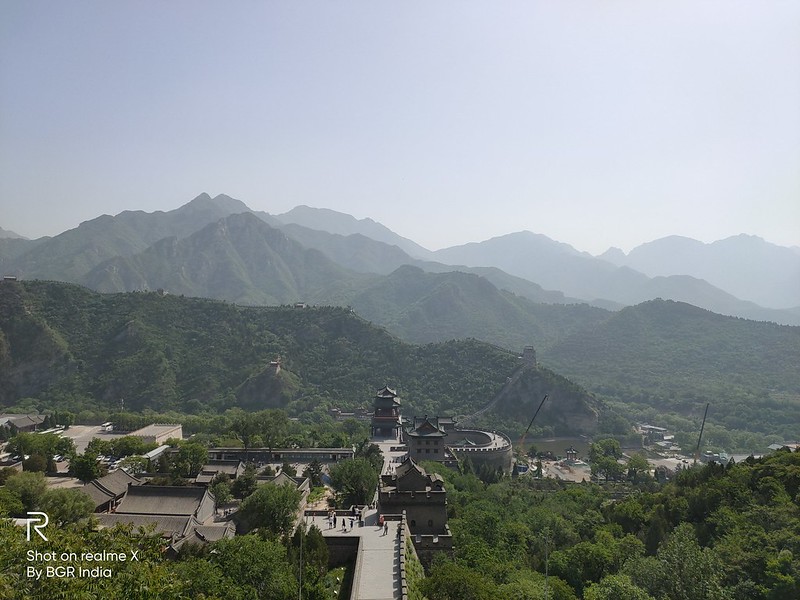 Next, we shot a photo from inside a small hut, and as you can see below, the camera has managed to capture a good photo where the color of the wooden frame and bricks look very natural, and the subject isn t overexposed too. 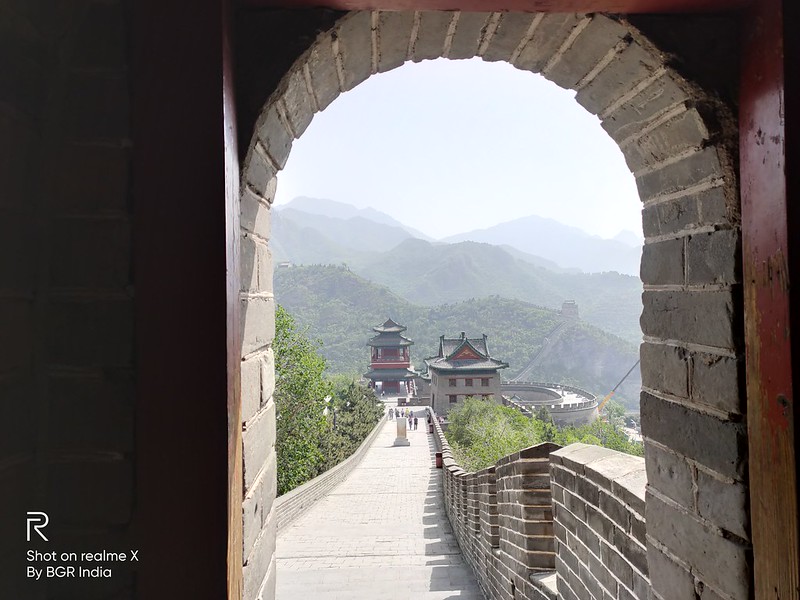 Now, Realme needs to work a bit towards improving the low-light photography, where pictures appear completely dull or at times details are missing. As a result, you can see the pastel color effect even when you slightly zoom in. The first sample below is of a lamp, and it looks good. 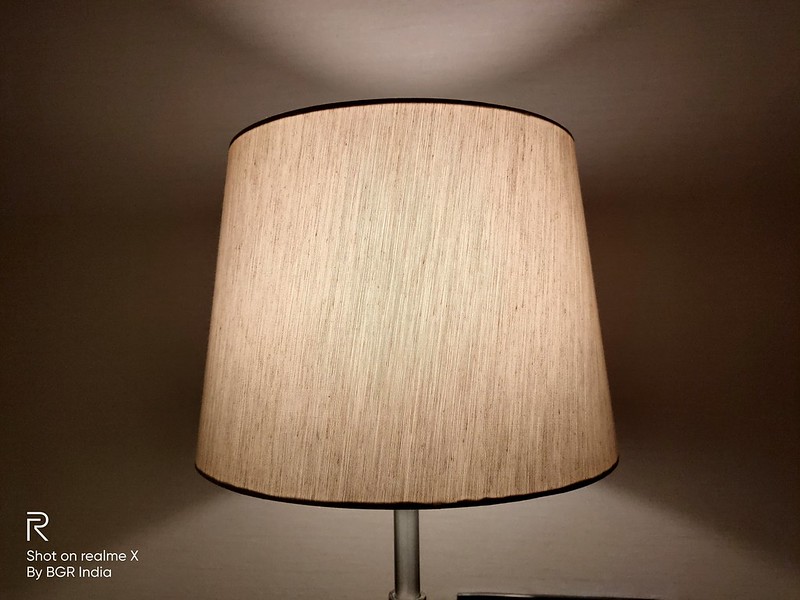 But when you are outdoors, it is when the deterioration in quality can be noticed. Realme has also included Nightscape mode, which is similar to the one we have seen on the Pixel 3 and Pixel 3a devices. It takes a burst of shots in two seconds and then combines them into one to offer a brighter, better picture. Below are some samples to show off the mode at work.

We also shot a couple of photos in portrait mode, one with some people in the background, and the other in the shade where you have a wall, the subject and empty space behind, just to show you how good the AI and depth sensors work. Check the samples below. 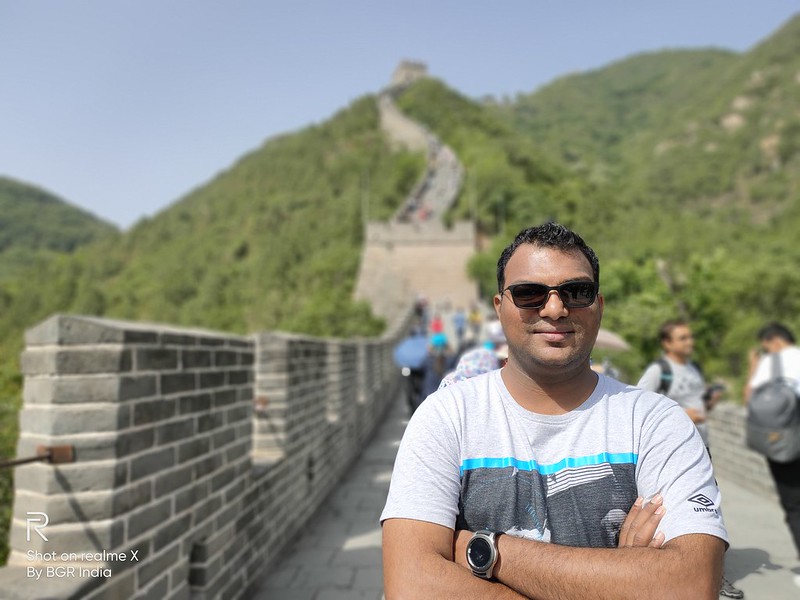 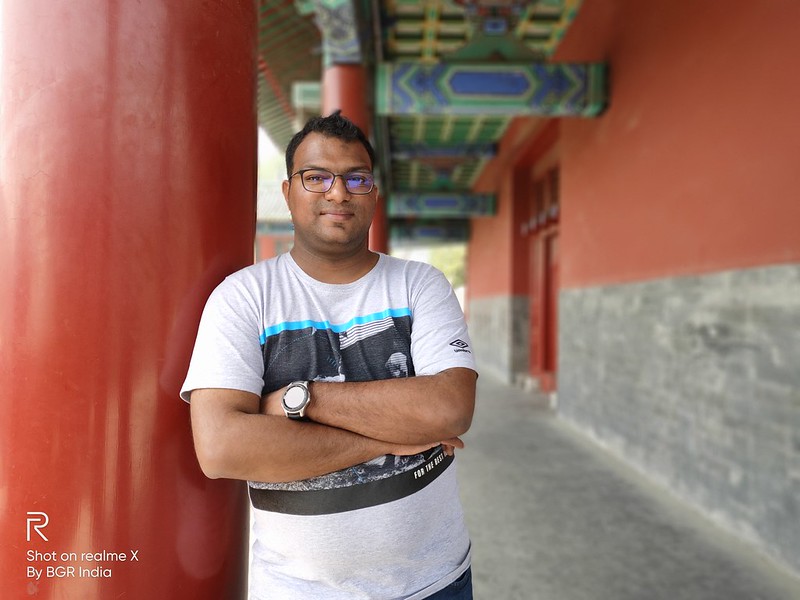 Now, for those who like punchy photos, the chroma boost mode will be a good tool to use. Basically, what it does is boosts the color saturation level to offer you those punchy photos, but while ensuring they don t get too over saturated. Below is a sample that shows off the mode at work.

The 16-megapixel selfie snapper is another highlight of the smartphone. We shot a couple of photos and they turned out to be passable, nothing extraordinary about them. But we did notice that the default mode smoothens the skin way too much, and we had to turn it off to get decent looking selfies. 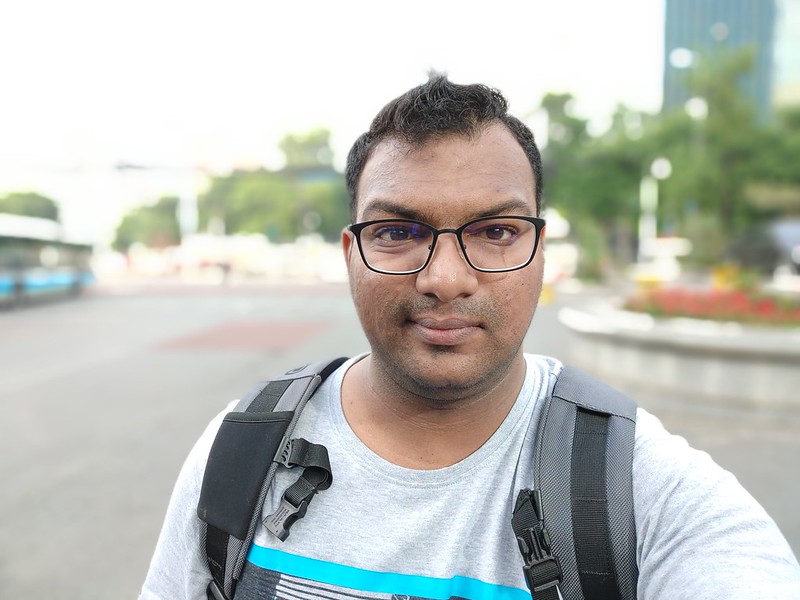 Overall, the Realme X camera does a pretty decent job. Sure, 48-megapixel is today s buzzword, but the price point of the device is also very important. The devices we tested were not India models, and the software was also not the final one. As we reach closer to the India launch, we expect to see some improvements. The Realme X India launch is expected by the end of June. We will be coming up with full review around India launch, so stay tuned for that.