The Zenfone 3S Max (ZC521TL) excels in the battery department, but is there more to it? We review to find out. The new smartphone brings a slightly powerful chipset, minor design refinements, Android Nougat OS and a larger 5,000mAh battery, compared to 4,000mAh on the previous model. Priced at Rs 14,999, the smartphone will go head-to-head with the Lenovo P2 which also features a 5,000mAh battery and prices starting at Rs 16,999. There is also Xiaomi Redmi Note 4, with prices starting at Rs 9,999 and going all the way up to Rs 12,999 for the top end variant with 4GB of RAM and 64GB storage, all featuring 4,100mAh battery. After having put the Zenfone 3S Max through its paces for over 10 days, here s my review. Also Read - Android 12 beta 2 rolling out: New privacy features, tweaked design and more

Compared to the Asus Zenfone 3 Max (ZC520TL), the Zenfone 3S Max comes with quite a few changes. The new and improved design looks more refined and gorgeous too. The metal unibody and the curved edges adds to its distinct design elements. The front is dominated with the 5.2-inch display with 2.5D curved glass on top. Above the display, you have the sensors, selfie camera module and the earpiece. The fingerprint sensor is now located on the front and embedded inside the physical home button. It s a welcoming move — when the phone is placed on the table, you don t need to lift it to scan the fingerprint, as in case with the rear mounted sensors. The sensor is pretty accurate in scanning the fingerprint, and I hardly faced any issues. However, my only complaint is that you have to press the button to first wake the device and scan your fingerprint. ALSO READ: Xiaomi Redmi Note 4 Review Talking about the ports, the 3.5mm audio jack is placed on the top, the micro-USB port at the bottom, the hybrid dual-SIM card tray is placed on the left edge, whereas the volume rocker and power button is placed on the right edge. Asus phones always had the concentric circle pattern, but the same is missing from the Zenfone 3S Max, except on the power / sleep button.

Coming to specifications, the Zenfone 3S Max features a 5.2-inch HD (720p) display, which is tad disappointing as even smartphones priced under Rs 10,000 now feature full HD (1080p) panels. The display is bright enough and legibility under direct sunlight is no issue either. The viewing angles are good too. Colors may not be as punchy as one would want, but they are more sober looking. Also, despite being an HD panel, the text appears adequately sharp, and I don t have any complaints.

The smartphone is powered by a MediaTek MT6750 octa-core SoC (eight Cortex A-53 cores). It s sad to see Asus use MediaTek SoC that s made on 28-nanometers process, when a better option — Snapdragon 625 SoC made on 14-nanometer process was available. No, I m not biased towards Qualcomm SoC, but the 14-nm process offers the required performance and efficiency. Also, the MediaTek SoC supports maximum screen resolution of 720p, whereas Qualcomm one would have allowed Asus to go for a full HD panel instead. The smartphone runs Android 7.0 Nougat out-of-the-box, wrapped under Asus s ZenUI 3. You get all the Android 7.0 Nougat goodies such as improved doze mode, split screen multitasking, improved data saver and more. The interface is similar to what we ve seen on other Asus phones, but it is slightly stripped down. The drag-down notification panel is now translucent, which kind of looks good compared to the old, boring white background.

When I first booted the Zenfone 3S Max, for a couple of days the interface was buggy, but after an OTA update with performance improvements and bug fixes, it is now snappy. However, the update did add one bug which I noticed — the Bluetooth A2DP doesn’t work, which means you won t be able to listen to music on your stereo Bluetooth headphones. I did do a factory reset, but it didn t help either. It could be a problem with our review unit. ALSO READ: Lenovo P2 Review Asus ZenUI and bloatware are synonymous, and the same is present on the Zenfone 3S Max too. These include ZenTalk, ZenFone Care, ZenCircle, WebStorage, QuickMemo, MiniMovie, Go2Pay, Do It Later, Although Asus has cut down on the number of preinstalled apps, only some of them can be uninstalled. Rest of them, you either have to deal with them, or just disable them.

The combination of MediaTek SoC and 3GB of RAM ensure smooth functioning of the device. After the initial hiccups, I didn t really face any major issues throughout my usage. Even with a few apps running in the background, multitasking was a breeze. Also, I didn t face any issues when switching between apps in the split-screen mode. The mode works both, in landscape and portrait mode.

Multimedia performance on the smartphone is decent. The audio output on of the speaker is quite loud, but the audio sounds a little muffled when playing low-frequency sounds. On a good pair of headphones, the audio sounds well balanced. Coming to videos, the smartphone is able to play full HD (1080p) videos without any hiccups, but sadly the SoC does not support 4K video playback. But that’s not something we expected from a smartphone in this price segment anyway.

Asus has included a new Game Genie feature that boosts the gaming performance on the smartphone. As soon as you start a game, the Game Genie icon appears, and you can move it anywhere along the screen too. Besides offering speed boost by clearing RAM, the feature also lets you record your game or live steam on Twitch or YouTube platforms. I played casual games such as Subway Surfers and Temple Run 2, both ran without any issues. Also, I didn t face any difficulties while playing graphics intense games such as Asphalt 8:Airborne. 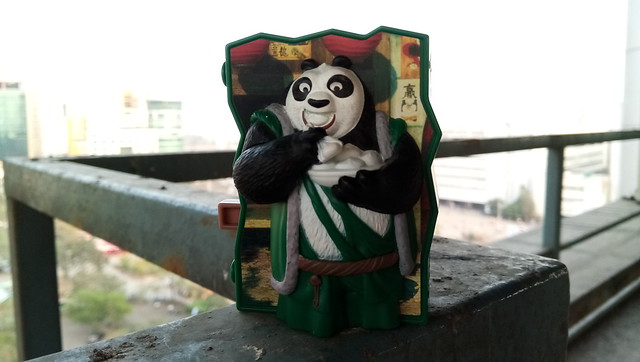 Coming to camera, the performance is sub-par. Under bright outdoor conditions, the 13-megapixel rear camera on the Zenfone 3S Max is able to capture decent photos. The sensor isn t able to capture punchy colors, nor crisp details. Close up shots look average. Indoor shots completely go for a toss and graininess is visible. Low-light photos further take a hit, with most of them looking just bearable. Also, the selfie camera performs well outdoors under bright lighting conditions, but the degradation in quality is noticeable indoors under ambient lighting conditions.

Now, coming to the key highlight of the smartphone, the 5,000mAh battery. Asus claims that the battery is good enough to offer up to 28-hours of talktime on 3G and up to 25 hours of web browsing time over Wi-Fi. In real-world usage, I ve managed to go two full days without charging. Under the manager app, there are four modes — performance, normal, power saving and super saving.

On performance mode with brightness at 60 percent and switching between 4G and Wi-Fi, I was easily able to get screen on time of six hours till the battery dropped to 10 percent. My usage includes phone calls for an hour, social networking for about two hours, three email accounts in sync, some gaming during my commute and listening to music in background.

After putting the phone on normal mode, which adjusts brightness and CPU performance for better results, I was able to stretch the screen-on time a little over seven-and-a-half hours with same amount of usage. On a weekend, I charged the Zenfone 3S Max to 100 percent on Friday night, and with limiting network usage only when needed, the battery lasted till Monday morning, with five percent still left.

Sure the battery life is good, but during my 10 days usage, couple of times I noticed some erratic behavior too, with some battery hogged by cell standby and Android OS. On one night, I had 38 percent battery, and with background apps cleared and networks disabled, after I woke up eight hours later, the idle battery drain was 29 percent and only 9 percent remained. I think this would have to do with the software issues I discussed earlier.

If I had to nitpick one thing, it would be lack of fast charging. It takes full four hours to charge the battery from 0-to-100 percent. Of course, it does last really long, but with most smartphones now coming with fast charging capabilities, it would have been a nice addition, especially for enabling users to plug in the smartphone for about 30 minutes and get an entire day’s worth of usage.

As with the earlier Zenfone Max-series smartphones, the latest Zenfone 3S Max also delivers on the promise – a stellar battery life. It hits the right spots with the compact form factor, an eye-catchy and premium design, good display quality and a decent overall performance.

But here’s the thing, battery life is no longer a pressing concern for most modern smartphones especially with the advent of power-efficient chipsets, especially the Snapdragon 625, which allows manufacturers to not go for excessively big batteries and use better displays without compromising on the battery performance. We have seen the likes of the Xiaomi Redmi Note 4 that offers far better hardware and available for much cheaper than the Zenfone 3S Max.

Yes, in isolation the Zenfone 3S Max is a good smartphone that provides a battery that would last you for a couple of days, but it is not a well-rounded smartphone and consumers have better options out there in the market. Had Asus priced this smartphone under Rs 10,000, it could be a different ball game altogether.