In recent times, smartphone manufacturers have shifted their focus from the usual price and specifications wars, to the niche, selfie-loving audience. While Oppo and Vivo have focussed on high-resolution front-facing cameras, Asus seems interested in live videos. The company s latest budget smartphone, Asus Zenfone Live, comes with a real-time beautification mode to make you look good in live-videos. Also Read - Best laptops under Rs 30,000 for multitasking to buy in October 2021

The real-time beautification mode works on Facebook, YouTube and Instagram live videos. But does the feature work as expected to beautify your presence in live videos? Also, with other smartphones such as Lenovo K6 Power, Xiaomi Redmi 4, Vivo Y53 and Redmi Note 4 offering better specifications, does the Zenfone Live make for an obvious choice at its price tag of Rs 9,999? Let s find out in our detailed review. Also Read - Best laptops under Rs 30,000 to buy for daily usage in October 2021

The Zenfone Live features a 5-inch HD (720p) display. The screen is bright, colors look decent, and viewing angles are good too. The smartphone is powered by Qualcomm s Snapdragon 400 quad-core chipset, which is slightly outdated, and it would have been better if Asus had gone for Snapdragon 430 octa-core chipset instead.

The chipset is coupled with 2GB of RAM and 16GB on-board storage, which can be further expanded using a microSD card. At the rear, you get a 13-megapixel camera with LED flash, whereas on the front, you have a 5-megapixel camera for selfies and video calling. You also get an LED light for better low-light selfies. Connectivity options include Bluetooth, Wi-Fi, 4G LTE with VoLTE voice calling support and GPS. ALSO READ: Asus Zenfone 3S Max (ZC521TL) Review

Now, let s talk about the key USP of the smartphone, the Beauty Live app. The working of this app is very simple it kicks in as soon as a supported live stream app is detected. You get an on-screen overlay (slider) to choose between 10 levels of beautification. Basically, it applies a bit of blush along with skin brightening and skin softening effects to your face when you go live on social networks.

Does it work? Well, the simple answer is yes. I tested the feature using Facebook live videos, and the real-time beautification worked exactly as the as Asus proclaims it to be. That being said, we come to an important question does the real-time beautification filter add any value to your live videos? No, it does not. ALSO READ: Xiaomi Redmi 4 Review: Big on everything, small in size Let me elaborate. It s nice to have the beautification filter that can smoothen the skin, and hide those black spots and blemishes to make you look better. But it clearly looks completely artificial. When used outdoors under bright lighting conditions, the skin tones go for a toss, colors of clothes and the background, all looks completely washed out.

When going live indoors, under ambient lighting conditions, the skin tones look dull, and the video has a lot of graininess too. Sure, the 5-megapixel front-facing camera of aperture f/2.2 is to be blamed to some extent. ALSO READ: Asus Zenfone 3 Deluxe (ZS570KL) Review

When the front camera is one of the USP s of your smartphone, I would rather expect a better sensor with higher resolution and larger aperture to be able to capture more light. Now let s look at the overall performance of the smartphone.

Smartphones with metal frame have become a norm these days, and Asus has done nothing new with the Zenfone Live. The front is dominated by the 5-inch display covered with 2.5D curved glass. You have the front-facing camera, earpiece and soft-light LED flash for capturing better selfies in low-light. Below the display, you have capacitive touch buttons for back, home and app switcher. The left edge has a hybrid SIM card slot for dual SIM cards or one SIM card and one microSD card. On the right edge, you have the volume rocker and power button. The 3.5mm audio jack is place on the top, whereas the microUSB port for charging and data transfer is placed at the bottom.

The back has a metallic place with the camera module with LED flash on the top-left, and Asus branding on the upper half. The edges are smooth and have curved finish, and the compact form factor makes it easier to hold and operate the smartphone in one hand. The combination of Snapdragon 410 SoC and 2GB of RAM works well to offer smooth performance for day-to-day activities. I did not notice any lag while doing usual task like chatting over with friends on WhatsApp, Facebook Messenger, Slack and or while going through my Facebook or Twitter timeline. ALSO READ: Coolpad Note 5 Lite Review: Fingerprint sensor and front flash on a budget

However, the lag is noticeable when you are surfing on the Chrome browser with about three-to-four tabs open. Even though the overall performance is smooth, the time taken to open and load apps is a little too much, especially, when over five apps are running in background. A lot of it can be blamed on the Asus for not using a powerful chipset.

Gaming experience on the smartphone is average. Casual games such as Super Mario Run, Subway Surfers and Temple Run work without any hiccups. It is only when you play graphics intense games such as Modern Combat 5: Blackout or Asphalt 8: Airborne when you notice some stuttering due to low frame rates.

At the back, the Zenfone Live features a 13-megapixel snapper of aperture f/2.0. The camera works well in bright outdoor conditions. Photos have enough details, color accuracy is decent and close-up shots look good too. Photos shot indoors are average, but the low-light ones tend to show some graininess. But considering the price tag, the photo quality is on par. Check out the samples below. 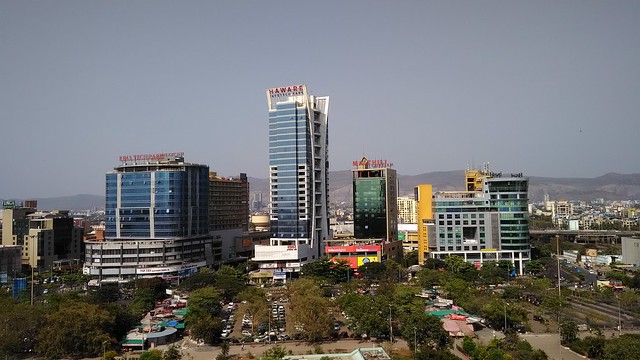 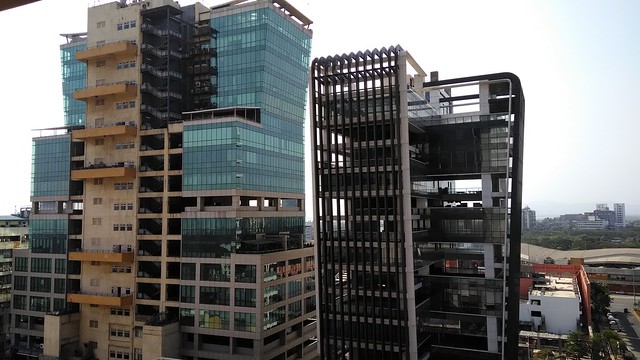 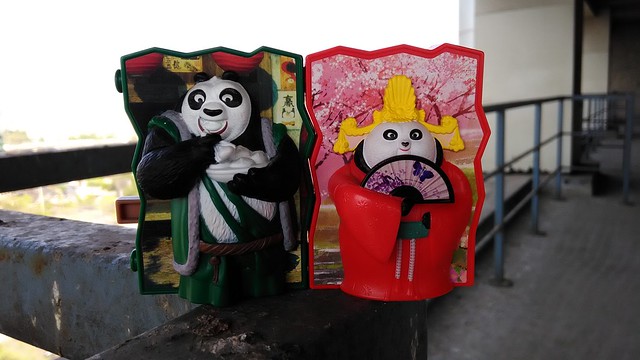 Battery Life Asus has included power saving feature in Mobile Manager app, with four modes performance, normal, power saving and super saving. And as there is no power-hungry chipset or GPU on board, the Zenfone Live delivers a decent battery life. With low to moderate usage, I was able to get full day s worth backup on full charge, with screen-on-time of about four hours. Even with slightly heavy usage, I managed to get screen-on-time of about three-and-a-half hours. ALSO READ: Xiaomi Redmi 4A Review: The new king of affordable smartphones

No fingerprint scanner Even smartphones like Xiaomi Redmi 4 and Coolpad Note 5 Lite placed between Rs 7,000 to Rs 8,500 feature a fingerprint scanner for biometric authentication. It is bad to see Asus ignoring the security aspect even though the Zenfone Live is priced relatively higher than the competitors. User Interface and Operating System The smartphone runs Android Marshmallow OS with layer of Asuz Zen UI on top, that is despite the fact that Android Nougat has been out there for over seven month now. Another bummer, as always with Asus smartphones, is the bloatware issue. Asus has loaded up the smartphone with bloatware apps such as ZenCircle, MiniMovie, DoItLater, ZenFone Care and Go2Pay among others, and sadly, you can t uninstall most of them either. ALSO READ: Xiaomi Redmi Note 4 Review Front Camera Even though front-camera plays a crucial role here, I was left disappointed with the Live video quality. And the same is persistent with photo quality too. Below are four photos, two captured on Zenfone Live and the other two on Xiaomi Redmi 4. Now, even without beautification mode, the Redmi 4 does a better job, compared to the Zenfone Live. Asus Zenfone Live 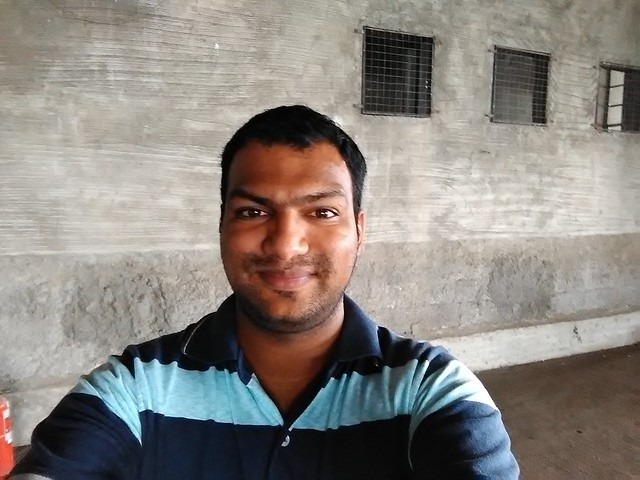 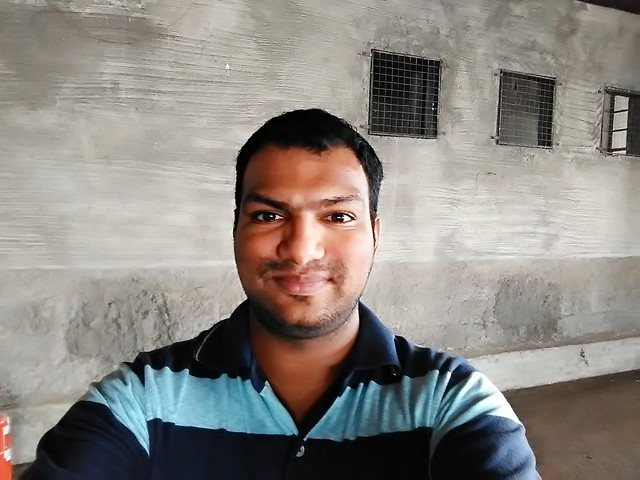 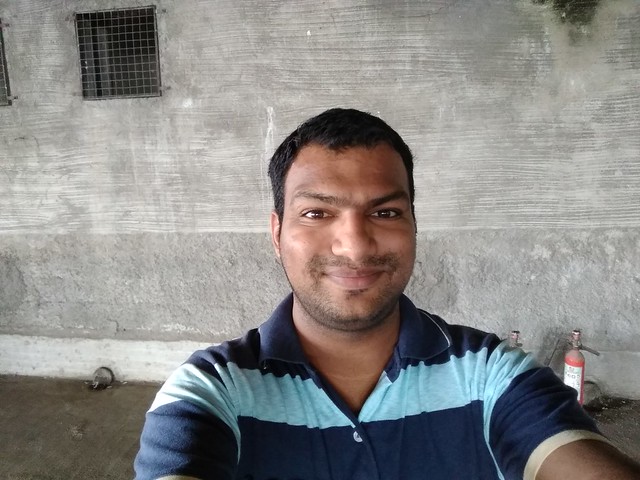 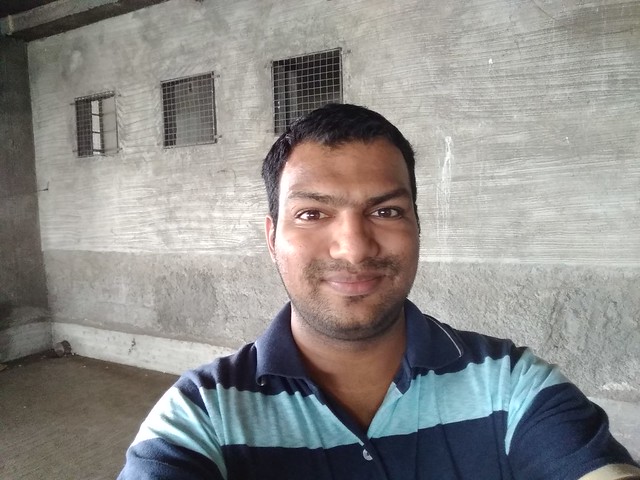 Clearly, the Zenfone Live does not live up to the expectations, especially with the feature it is being highlighted for.

Overall, the Asus Zenfone Live is placed in a tough spot. Asus has been highlighting the front-facing camera and live beautification mode of the smartphone. However, the camera isn t able to capture better-looking photos. Ideally, I would expect the live beautification mode to add effects in a way that it looks natural, but that s not the case here.

Be it live videos or selfies, they need to look great, considering what Asus claims the beautification mode does. However, a Xiaomi Redmi 4 which does not boast any special beautification software, does a better job, be it while capturing selfies or recording live videos. It also features decent specifications and features for the price. Even the Coolpad Note 5 Lite, Lenovo K6 Power and Xiaomi Redmi Note 4 offer better value for money compared to the Zenfone Live.