If you were to ask a smartphone owner what is the one thing they would like to see improved, more often than not, the answer would be the battery life. Charging a smartphone has become a daily chore If you were to ask a smartphone owner what is the one thing they would like to see improved, more often than not, the answer would be the battery life. Charging a smartphone has become a daily chore that you simply can’t avoid. To change that, we have recently seen the likes of the Gionee Marathon M5 and Lenovo Vibe P1 launch in India boasting massive batteries. Joining the club is the Asus Zenfone Max with its mammoth 5,000mAh battery, and a set of specifications that are aimed at maximizing the battery performance. What’s more, the smartphone is also light on the pockets with a price tag of Rs 9,999. We spent a considerable time with Asus’ new smartphone, and here’s our review. Also Read - Best 12GB RAM phones for gaming to buy in September 2021

Like the Audis, and the BMWs of the auto world, Asus too believes in uniformity as far as the overall design is concerned. Asus’s Zenfone lineup of smartphones look almost identical at first glance, and it is only when you look closely will you find any differences. The Zenfone Max is no different with its metallic frame, capacitive navigation buttons and the shiny plastic strip at the bottom. Also Read - Best laptops under Rs 40,000 for work and studies in India in September

Unlike the back button setup that you see on the Zenfone 2 and the Zenfone 2 Laser, Asus has opted for a more traditional setup for the Zenfone Max with volume rocker and the power button the right side. This is a particularly good decision when you consider the size of the smartphone. It also features a removable back panel, with the dual-SIM cards, microSD card and the battery underneath. The huge 5,000mAh battery though is not removable. Also Read - Best laptops students can buy under Rs 30,000 in India in September 2021 With a huge battery underneath, the smartphone weighs 202 grams, you can feel it weighing down in your palms. It is however a small sacrifice for the kind of battery life the device offers. But more on that later. Overall, the Zenfone Max feels well built, sturdy and not a cheap device by any means.

The Asus Zenfone Max flaunts a 5.5-inch HD (1280×720 pixels) IPS display. The size of the display and the relatively low resolution affects the sharpness, and viewing angles aren’t that great either. It feels Asus went for this size only to be able to accommodate the battery. Things don’t get a whole lot better when you step out on a sunny day either as the display gets barely legible under sunlight. It also doesn’t work in its favor that one can opt for the likes of Lenovo K3 Note and YU Yureka Plus boasting full HD (1080p) displays at this price point. Under the hood is Qualcomm’s Snapdragon 410 quad-core chipset paired with Adreno 306 GPU and 2GB of RAM. This set of specifications will surely not light any benchmark charts on fire, but it does a decent job in a day-to-day scenario. Nearly all the apps you would use daily are easily handled by the smartphone, and as is multi-tasking to an extent. Graphic intensive games like Marvel’s Contest of Champions and Angry birds 2 work smoothly until the point the smartphone warms up a bit, which is a sign that the internals are struggling. It is at this point you will encounter horrible amount of lag. The only way around it is to close all the apps in the background, let the device cool down for a bit and then restart the game.

Much of the decent performance is down to Asus’ ZenUI skin on top of Android Lollipop. The UI is relatively light when you compare it to some of the Chinese counterparts, and offers a great deal of customization options as well. Unlike these Chinese UIs, Asus also offers an app drawer so all your apps do not need to be spread across multiple home screens. One of the big issues with the UI though is the sheer number of preloaded Asus apps on the smartphone. To give you an idea, when we started the smartphone for the first time, the Play Store had to update almost 20-30 apps. The company has separate apps for most of the functions, including dialer, clock, camera and contact list to name a few. The upside of having separate apps is better efficiency, but on the downside, you will have to update many (and we really mean ‘many’) apps.

Unfortunately, you cannot uninstall these preloaded apps either. The issue arises when you have a lot of apps installed along with multimedia content, as 16GB feels inadequate. You can however expand the storage up to 64GB using a microSD card.

On the photography front, the Zenfone Max features a 13-megapixel rear camera with PDAF and laser autofocus. While up front, there is a 5-megapixel selfie camera. The cameras also come with a plethora of shooting modes like manual, HDR, panorama, beautification, low light, night, depth of field, slow motion, time lapse, miniature and smart remove among others. 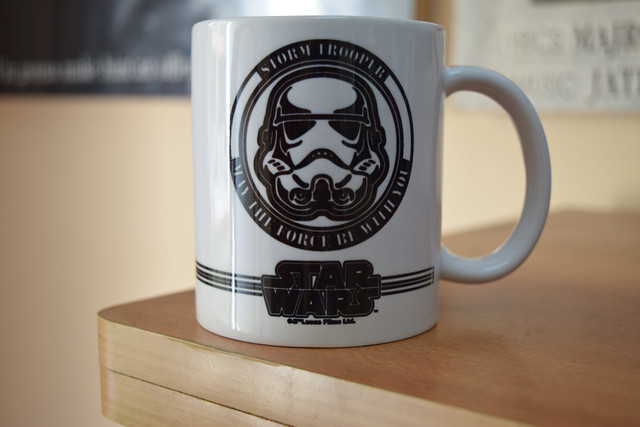 The primary camera’s performance is a mixed bag of sorts. If you were to step out in the afternoon under harsh sunlight, the camera struggles to correctly measure the well lit and dark areas, and the resultant photos are more often than not washed out. In a more balanced setting though, the camera is able to capture some great shots with enough details and color reproduction. The camera is surprisingly good indoors as well and with the laser autofocus, it is quick to focus on subjects and shoots quite detailed photos. You will however have to deal with a bit of noise when lighting conditions are poor. The selfie camera up front is satisfactory at best. You get beautification options along with selfie panorama, night, HDR and low light among others. The photos you click using the front camera don’t give you much to complain about and are good enough to be shared on social media without the need for any edits.

On the connectivity front, the smartphone comes with dual-SIM card slots (one supporting 4G and the other 3G). Call quality is good and we didn’t face any call drops, and sound quality from the earpiece and mic are satisfactory as well.

Let’s finally move on to the battery that is the Zenfone Max’s USP, and quite simply the performance is fantastic. Under heavy usage we were able to get through 24 hours before we had to search for our charger. This sort of usage involved two email accounts pushing notifications, social accounts like Twitter, Instagram, Facebook, a constantly buzzing Slack account and WhatsApp, calling and playing graphic intensive games. On a more judicial usage we were easily able to get two days of usage, which is highly impressive and not something we get to say very often when reviewing smartphones these days.

The Zenfone Max is also a power bank of sorts and can be used to charge other devices, but Asus doesn’t bundle an OTG adaptor with the device. This also brings us to one of the main issues we have with the battery. Asus has bundled a 1A/5V charger, which is horribly underpowered for a smartphone with a battery of this size. It takes anywhere between six to eight hours to completely charge the battery from zero to 100 percent. While it is not the battery’s fault per se, we would highly recommend you buy a high-speed charger.

To say that the Asus Zenfone Max is perfect won’t be factually right, but to call it an all-rounder would be. It may not be winning any specifications race, but what you get is a smartphone that is optimized in all ways possible to get the most of the massive 5,000mAh battery. Speaking of which, battery life is stellar and is something that is going to sway a buyer’s decision in its favor. If you are on a budget and are looking for a smartphone that won’t have you looking for a charger post lunch time, look no further than the Zenfone Max. One word of advice though, do buy a high-speed charger along with the smartphone.