ZTE-owned Nubia has been on the ball with launching its range of smartphones in India. The latest addition to the line-up is the mid-range Z17 Mini, which is priced at Rs 19,999 and can be purchased exclusively on Amazon India. One of the key highlights of the Nubia Z17 Mini is the dual rear-camera setup, giving users the ability to capture better, sharp photos, even in low-light. Also Read - Red Magic 9R launched: A gaming beast that will not launch in India

In terms of competition, there is the Vivo V5s which is a selfie-centric smartphone, whereas the Oppo F3 is also another option with a dual front-camera setup, allowing you to capture standard and wide-angle selfies. Other smartphones in the range include the Lenovo Z2 Plus, Lenovo P2 and the Moto G5 Plus. The closest competitor to the Nubia Z17 Mini is the Honor 8, which also sports a dual rear-camera setup and can be found online for under Rs 20,000. So just how good is the Z17 Mini? Read on to know more. Also Read - Nubia RedMagic 5S gaming phone has global launch confirmed for September 2

Talking about specifications, the Nubia Z17 Mini features a 5.2-inch full HD (1080p) display with a pixel density of 442ppi. The display is covered with 2.5D curved glass along with Corning Gorilla Glass protection. Under the hood is the Qualcomm Snapdragon 652 octa-core chipset paired with 64GB of on-board storage and 4GB of RAM. ALSO READ: Nubia Z11 Mini S Review

Nubia has been focusing on styling, build quality and design aspect of its smartphones, and the Z17 Mini is no different. Featuring a full-metal unibody in black, the back is smooth and slightly curved to properly fit in your hand. The corners are rounded, and have chamfered edges with a gold finish, adding a distinct look and feel the smartphone. The front is dominated by the 5.2-inch display, with the front-facing camera and earpiece above it and capacitive Android navigation keys below it. The home button has a distinct red color circular ring which lights up when the display is on. It also blinks when you have unread notifications. The menu / task switcher and back buttons have a tiny dot, which only light up when you press them. The rest of the time, they aren t noticeable or visible.

At the back, you have the LED flash and dual-camera module on the top left, and the circular fingerprint scanner at the center of the upper-half. Nubia has also added a golden ring to the edges of the scanner, which adds to its look and feel. It is quick to scan the fingerprint and unlocks the smartphone quickly enough. ALSO READ: Honor 8 Review

In terms of port placement, the 3.5mm audio jack sits on the top, whereas the USB Type-C port and speaker grill are placed at the bottom. The dual-SIM card slot sits on the left edge, whereas the volume rocker and power / sleep are on the right. Overall, Nubia has done a good job in designing the Z17 Mini, and it does not compromise on style and ergonomics.

The 5.2-inch full HD screen is adequately bright and offers good legibility under direct sunlight. It offers decent viewing angles and color reproduction is punchy too. The saturation level is impressive, and those who like the colors popping out will really appreciate it.

Performance wise, the combination of the 64-bit Snapdragon 652 octa-core SoC and 4GB of RAM offers the required power the smartphone needs. It is built on the 28nm fabrication process, coming with four Cortex A72 cores for performance and four Cortex A53 cores for efficiency. I did not face any issues in day to day performance, which includes web browsing, social networking and playing games during my commute.

Even with a few apps running in the background, I did not face any issues in switching between apps and multi-tasking. The gaming experience was also smooth, be it playing casual games like Fruit Ninja or Subway Surfers, or graphics-intensive games such as Asphalt 8: Airborne. ALSO READ: Oppo F3 Review: The one for your selfies and groupfies

Dual-rear cameras for the win here

Now, let s talk about the core highlight of the smartphone the dual-rear cameras. Among the different types of dual-camera setups, Nubia has opted for the monochrome + RGB configuration. It features twin 13-megapixel Sony sensors of aperture f/2.2, supports phase detection auto-focus (PDAF), and can record full HD (1080p) videos at up to 60fps, and 4K videos at 30fps. The camera app is straightforward the top half has toggles for settings, HDR, flash, timer and the shortcut to switch between the front and rear cameras. At the bottom, you have a quick shortcut to enter the gallery on the left, followed by the camera shutter button in the center and a shortcut to add live filters on the right.

Just above the bottom shortcuts, you can slide to quickly switch between modes such as photo, video, portrait, pro and camera-family. Here, the pro mode let s you control the shutter speed between 1/60000 to 2 seconds, auto white balance, ISO between 100 to 12800, and manual focus too. Under camera family, you have various options such as multi-exposure option, which basically is a double exposure shot allowing you to superimpose one photo over the other. There is light draw, e-aperture, timelapse, slow motion, mono and 3D photo option. What s more, the Nubia Z17 Mini is also one of the first mid-range smartphones that lets you capture photos in unprocessed DNG format.

Talking about the photo quality, the Z17 Mini has left me impressed. I ve shot a lot of photos in various lighting conditions and they turned out to be pretty good. Outdoors, with ample lighting conditions, the camera module does a very good job in capturing details and accurate colors. The photos look bright, crisp and clear. Even the close-up shots offer good depth of field while focusing on the subject. Below are some sample shots. 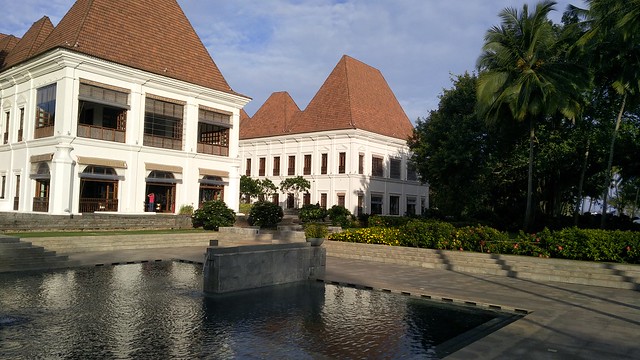 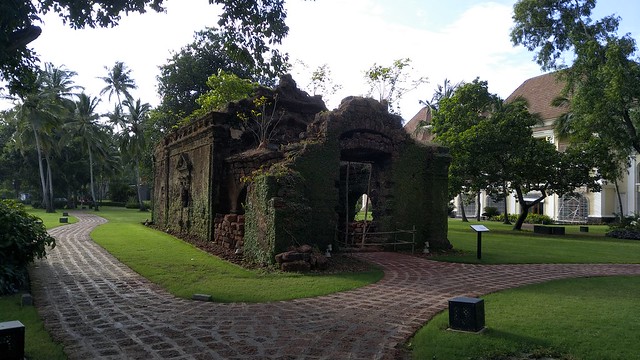 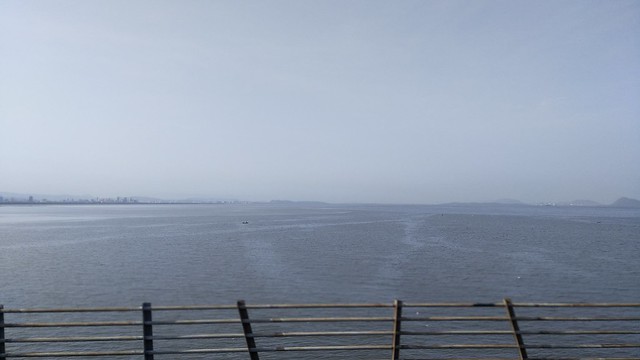 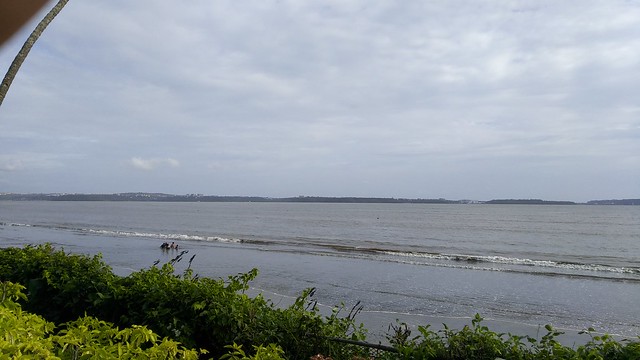 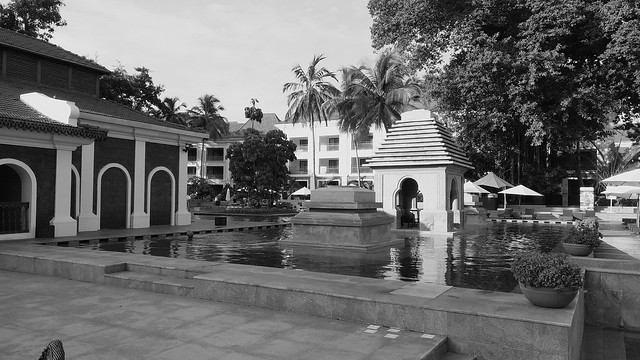 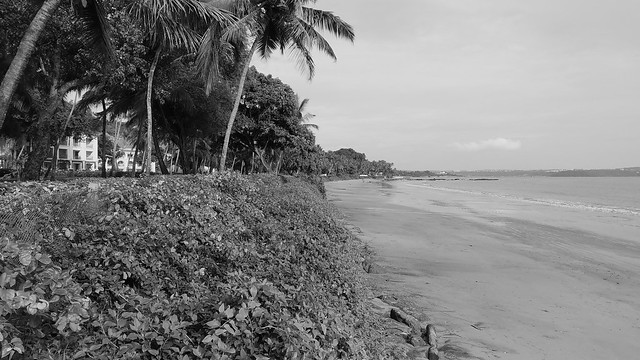 The monochrome sensor is very useful in low-light where you can capture photos with less noise. Photos are captured using both sensors and then superimposed over one another. Below are a couple of low-light samples shot in both color and monochrome mode. 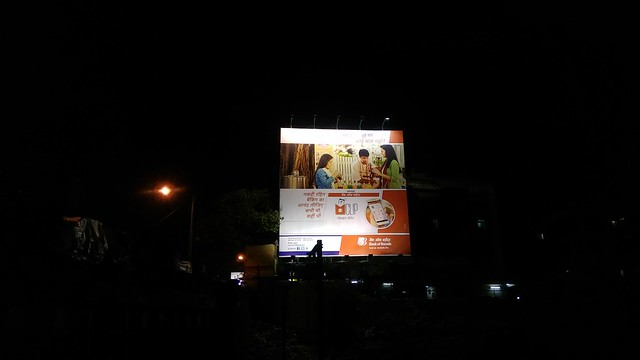 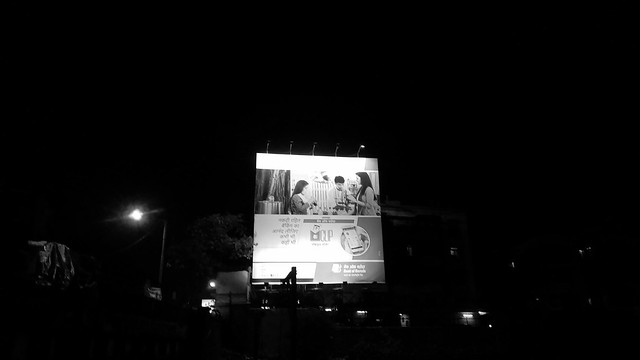 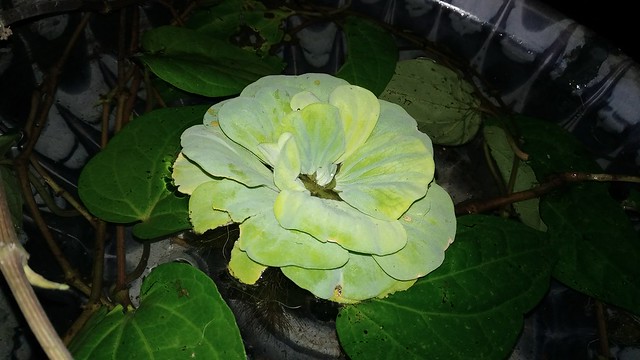 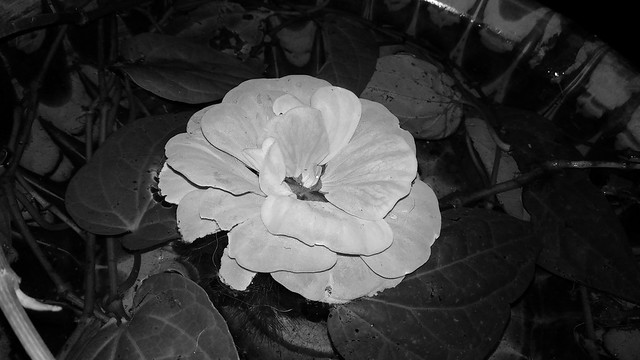 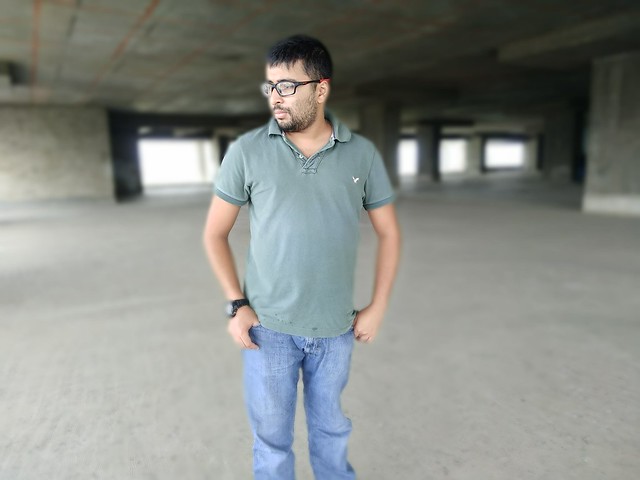 I did try the mode to click a couple of photos and the results weren t that great. It works a bit better for close up shots, and when there isn t too much clutter in the background. ALSO READ: Gionee A1 Review

The camera also has other interesting modes such as clone, where you can click three photos while moving around, thus creating your clone. There is also time shuttle mode where the subject is in focus, whereas the rest of the screen is diffused, offering a fast motion sort of effect. Here are some sample shots. 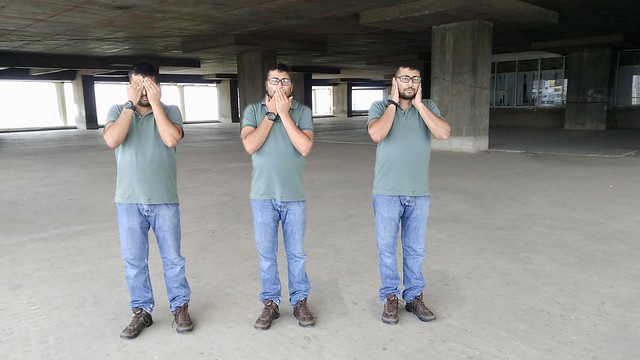 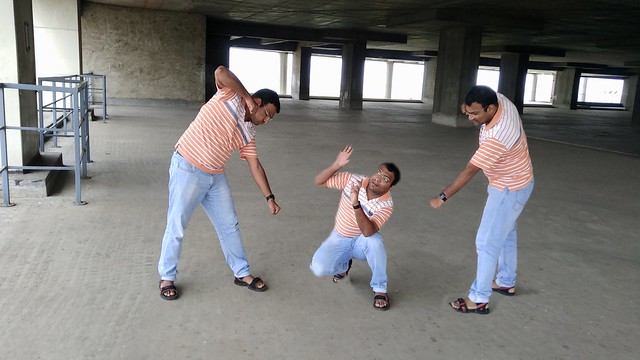 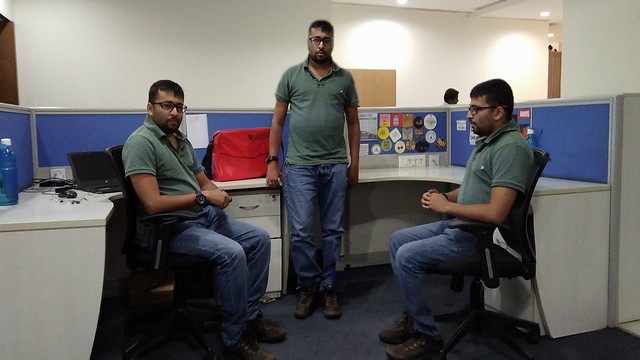 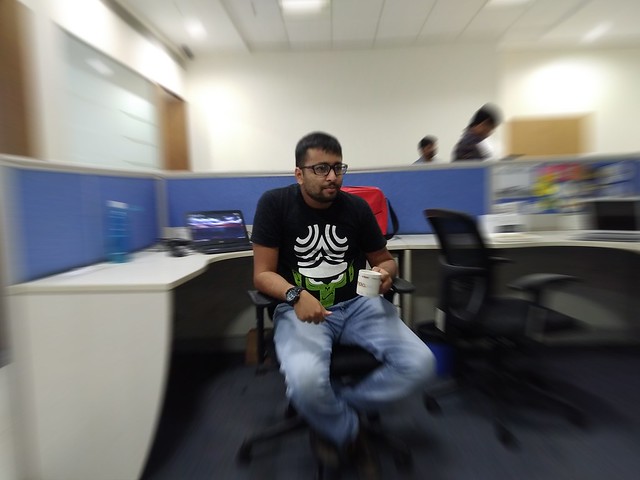 The front-facing 16-megapixel camera is a capable shooter in daylight, and captures decent shots indoors, but with some amount of grain. Low-light selfies aren t that great. An on-screen flash is present, but it doesn t work as well as you want it to. ALSO READ: Honor 8 Lite Review: Just how light does the Lite get? 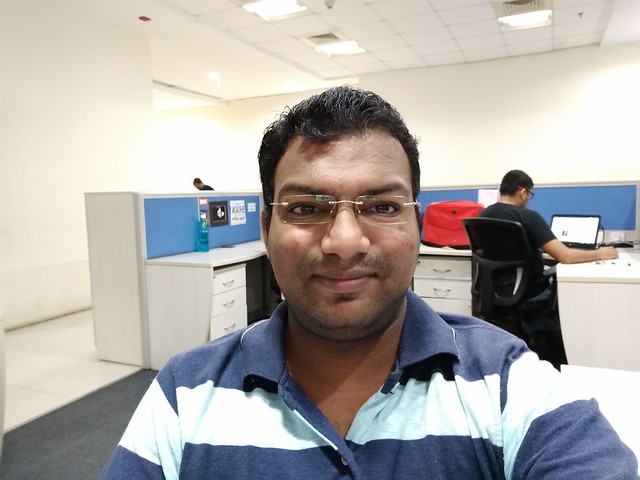 I also briefly tested the video recording capabilities of the smartphone and it is pretty average. The 1080p video recording at 60fps is smooth and 4K has enough detail in it, but it did stutter for a couple of seconds on occasion.

The Z17 Mini runs on Nubia UI 4.0 which is based on Android 6.0.1 Marshmallow OS. It s quite disappointing to see the smartphone running on Android Marshmallow OS considering that Android Nougat has been around for over eight months now. Also, the Android security patch dates back to February 2017, which means that the smartphone could be a bit more vulnerable from a security point of view.

The smartphone comes with a single-layered UI and does not feature any app drawer, with all your installed apps appearing on the home screen. The interface gets confusing when you enter the settings menu as even the simplest options such as battery, storage, memory are inside the additional settings, rather than being up front in the main list. ALSO READ: Vivo V5s review: Vivo V5 clone with more storage In terms of pre-loaded apps, you get the usual Google suite, while Nubia has also pre-loaded apps such as News Republic and Kika Keyboard. You also get a screen projection app that lets you cast photos and videos to a Smart TV using Wi-Fi direct, an accelerator which clears RAM and some background apps, and dual instance, which lets you run two instances of WhatsApp, Facebook or WeChat accounts on the smartphone in separate apps, among others.

Another disappointing bit about the Nubia Z17 mini is the battery life. Ideally, the 2,950mAh battery should offer enough juice to last through the day with moderate usage, but that isn t the case here. With moderate usage, which includes social networking on Facebook and Twitter, some web browsing, playing games for about 20 minutes, and watching YouTube videos for about 30 minutes, I got a screen on time of about three hours and 10 minutes.

Also, while the Snapdragon 652 SoC supports Quick Charge 3.0 fast charging technology, it s sad to see Nubia not implementing it. The bundled charger offers an output of 1.5 amps, which while not slow, is not as quick as it could be. It takes about two hours for the smartphone to charge from 0 to 100 percent.

To sum up, the Nubia Z17 Mini brings good hardware, premium design and a dual-camera setup in an affordable package. The USP of the smartphone is the dual rear-camera setup, and it doesn’t disappoint. Besides letting you click better photos outdoors and in low-light, the camera tricks also make it worthwhile. If I had to nitpick and find flaws, it would be the interface, the dated software and average battery life.

The Honor 8 is now also selling for under Rs 20,000 making it an attractive option, as it also features a dual rear-camera setup with a monochrome and RGB sensor set. It is also a capable shooter, but the Nubia sets itself apart with the interesting photo modes that aren’t on offer on the Honor 8. Also, just 32GB onboard storage on the Honor 8 makes the Z17 Mini an attractive option.