We compared the low-light camera quality on the new Samsung Galaxy S8 with Apple’s iPhone 7, and here are the results. The debate around the best smartphone camera can often get a little controversial. At the moment, the likes of the iPhone 7, iPhone 7 Plus, Google Pixel, Pixel XL, and the Galaxy S7 and Galaxy S7 edge come to mind when thinking of smartphones with the best cameras. The recently launched Galaxy S8 and Galaxy S8+ feature the same sensor as on the Galaxy S7, with few software tweaks for even better photography experience. Also Read - iPhone 13 launch date and more details tipped as part of new leaks

When it comes to day-light performance, even a mid-range smartphone camera can perform fairly-well. However, today, smartphone manufacturers are focusing a lot on improving low-light photography. I have already tested the Galaxy S8 camera in different lighting conditions, now I pitted it with the iPhone 7 to see how they both perform. Also Read - Samsung Galaxy Chromebook Go powered by Intel Jasper Lake Celeron processor revealed

But before we go ahead to look at the sample photos, let us first look at the camera specifications of both smartphones. The Galaxy S8 comes with a 12-megapixel rear camera of aperture f/1.7 (26mm lens), along with phase detection auto-focus (PDAF), optical image stabilization (OIS) and LED flash. About the sensor specifications the sensor size is 1/2.5-inch, whereas the pixel size is 1.4 m. ALSO READ: Samsung Galaxy S8 scores 88 in DxOMark rating, still behind HTC U11

While clicking photos, we had kept the auto-HDR mode on, and all photos are a result of default mode setting. To keep the light balance in check, we clicked the photos without using the tap-to-focus feature. The results are seen below, and you can click on individual photos to check the high-resolution version.

In the first sample below, the one shot on the Galaxy S8 looks better, sharper and clearer. Even the smallest details such as the black and yellow painting along the footpath s edge is darker, whereas the one captured from the iPhone looks a little dull. Also, if you look near the roadside hawker s stall, the photo captured on the iPhone is not sensitive to light, compared to that of the Galaxy S8. ALSO READ: Samsung Galaxy S8, Galaxy S8+ to gain Daydream VR support this summer: Google 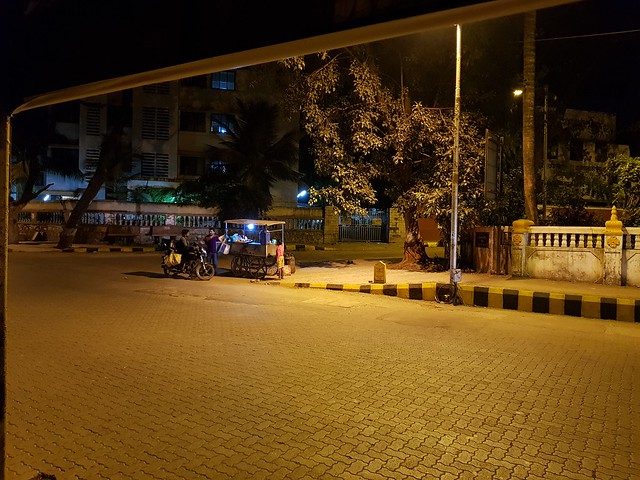 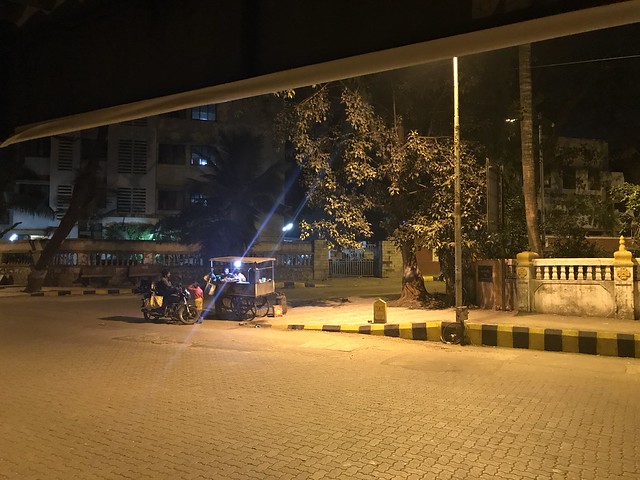 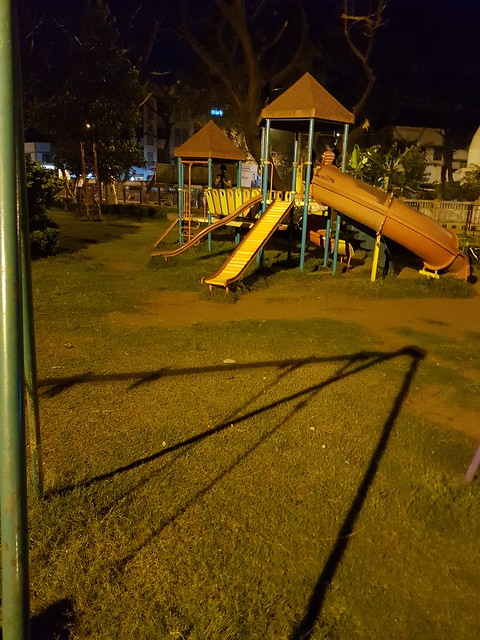 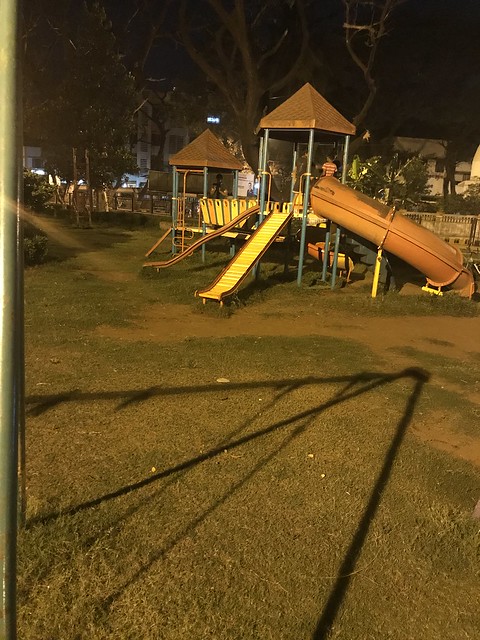 Again, in the second example, the photo shot on the Galaxy S8 is sharper and clearer compared to the one shot on the iPhone 7. The way iPhone 7 s camera handles light reflection is to be blamed here. Look at a couple of sample shots below. 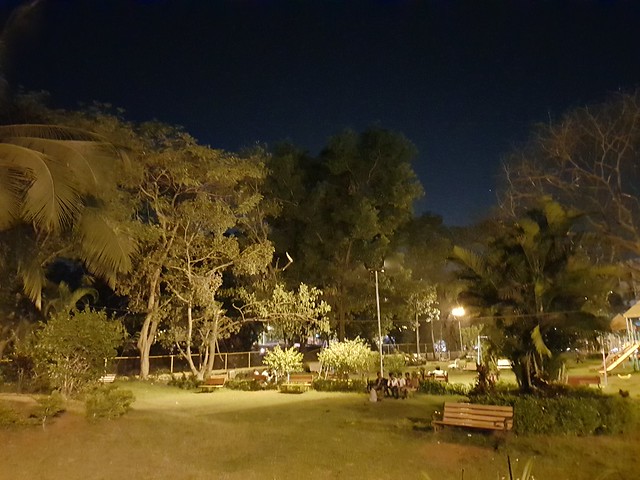 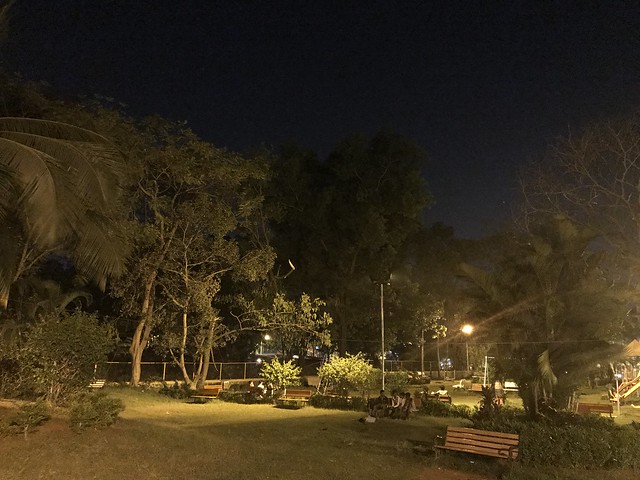 The one shot from the Galaxy S8 got a little blurred, but, if you look closer at the branches and sky in the above two images, you ll notice something. Yes, the photo captured on the Galaxy S8 looks better overall with less noise, but to do so, the software algorithm is messing in the process. ALSO READ: Over 10 million Samsung Galaxy S8 and Galaxy S8+ units sold less than a month Look at the branches (at 100 percent crop), the photo captured on the iPhone 7 looks much natural, whereas the one captured on the Galaxy S8 shows some amount of smudging. 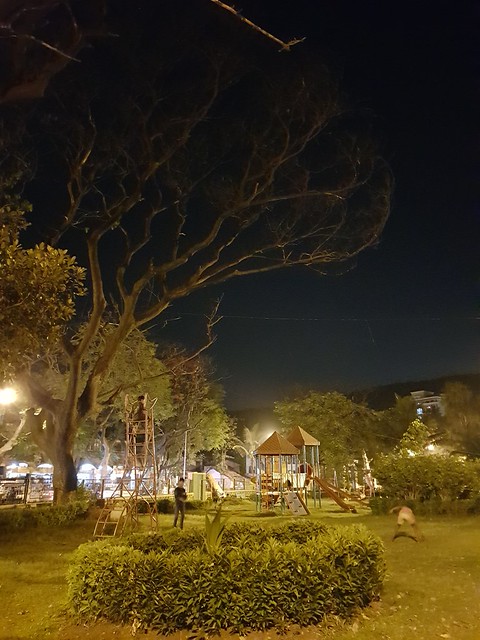 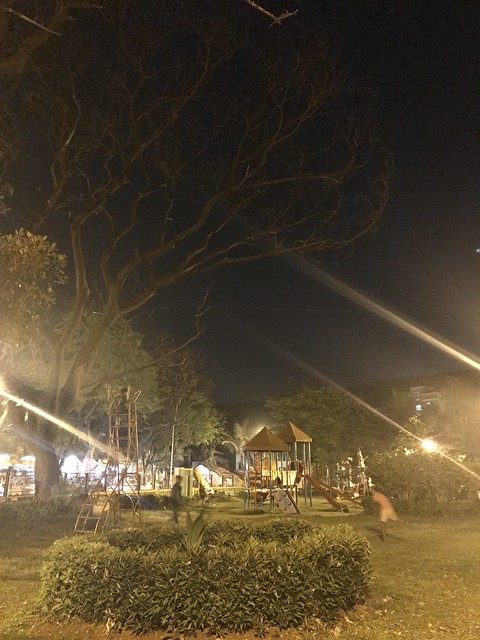 Sure, while the photo captured on the iPhone 7 is a bit grainy, but here we are just looking at the branches and their edges. ALSO READ: Samsung Galaxy S8, Galaxy S8+: A closer look at Bixby AI assistant In the next photo, again, the one shot on the Galaxy S8 looks better, whereas the one from iPhone 7 has a complete reddish tint and graininess to it. 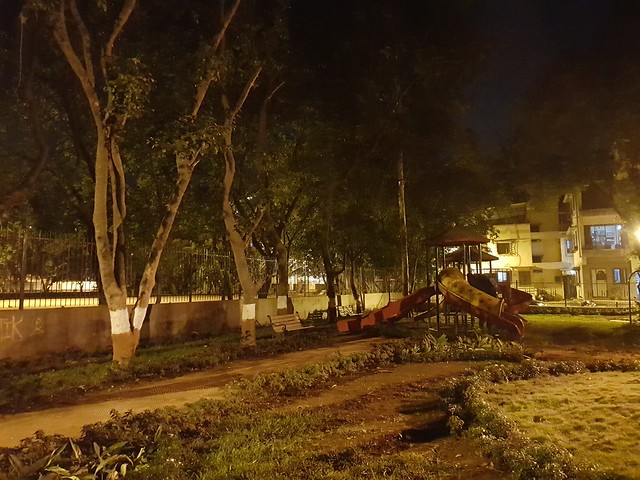 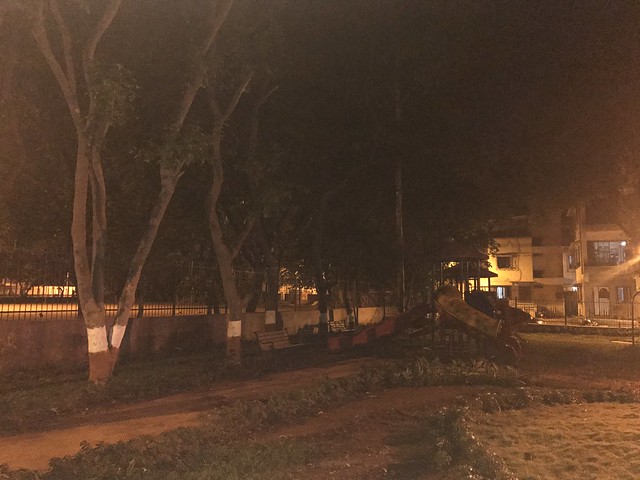 There is no doubt, the Galaxy S8 s camera fares slightly better than the iPhone 7. It is evident that Samsung has indeed worked hard to ensure the Galaxy S8 outshines the competition. However, it is not perfect, and little tweaks to the post-processing algorithm are required to offer slightly more natural feel to the photos.