The Vivo V3 impresses on most fronts, but is priced too high. Vivo is no longer just another Chinese brand, and it has fast grown into one of the top-five smartphone vendors in the world. A recent report claimed that it is now the fifth largest vendor globally with a market share of around 14 percent. In the process, the company has toppled some biggies like Lenovo and Xiaomi. While it’s been in India for the past couple of years, it is now making its presence felt by opening its manufacturing plant and also sponsoring this year’s Indian Premier League (IPL). Earlier this year, Vivo roped in Bollywood actor Ranveer Singh as its brand ambassador and launched two new smartphones — Vivo V3 and V3 Max. We have been using the Vivo V3 as our primary smartphone for a few weeks, and here’s our review. Also Read - Vivo Y72 5G launched in India at Rs 20,990: Check specs, top features and more

The Vivo V3 is quite a good looking device with a sleek metal body and curved edges. The front is covered with a curvy 2.5D glass, which adds a bit to the premium-ness as well. The back features an aluminum alloy body with a dull finish, and you will find the camera at the top-left corner, the fingerprint scanner at the center and the Vivo logo under it. On the left edge is the dual-SIM card slot, which actually looks like the hybrid setup that is being offered with most smartphones these days. But actually it just supports one nano SIM card and one micro SIM card, while the microSD card slot is placed at the top edge. Also Read - Vivo Y53s with better camera, Helio G80 chipset launched: Price, features The overall build quality is excellent and on par with what you should be expecting from a sub-Rs 20,000 smartphone. Thanks to the compact 5-inch display, the device is great for one-handed usage, and a treat for people with small hands — something that is a rarity in the Android smartphone space. The metal and glass combination though make the device quite slippery, and we would advise you to use the transparent cover provided in the box.

The Vivo V3 flaunts a 5-inch HD (1280×720 pixels) IPS LCD display with a pixel density of 294ppi. On paper it is a tad disappointing, especially when smartphones priced as low as Rs 10,000 these days are offering full HD resolution displays. But in real-life performance, the display does a good job, and a non-techie person will be hard-pressed to tell the display’s resolution without having to refer to the spec sheet. The display is bright, with great color reproduction, and more importantly, it is quite clear even when viewed under harsh sunlight. The screen is a fingerprint magnet, and we had to constantly wipe it clean during our day-to-day usage. Under the hood is Qualcomm s Snapdragon 616 octa-core chipset paired with an Adreno 405 GPU and 3GB of RAM. The combination is good enough to ensure a smooth performance even with multiple apps running in the background. We can’t remember facing any major lags during our usage, and graphic-intensive games like Riptide GP2 were handled with relative ease. Though the device did heat up a bit while playing, it didn’t reach uncomfortable levels. It comes with 32GB of built-in storage of which around 22GB is available out-of-the-box. You can however use a microSD card to expand the storage up to 128GB.

Vivo’s FunTouch UI is a good mixture of custom ROM and stock Android experience. It is highly inspired by Apple’s iOS, with no app drawer and a shortcut menu that can be opened by swiping the screen up. This menu includes the apps running in the background, display brightness, volume slider, and toggle buttons for Wi-Fi, Bluetooth, flashlight, screenshot, airplane mode, and mobile data among others. In the photography department, the Vivo V3 is equipped with a 13-megapixel primary camera and an 8-megapixel selfie camera up front. The iOS inspiration is visible here as well, and the camera UI looks to have been lifted from iOS. The rear camera is accompanied by a single-tone LED flash, and comes with PDAF and 1080p video recording support. It also comes with a plethora of modes like Panorama, Beauty, HDR, night, watermark and professional to name a few. 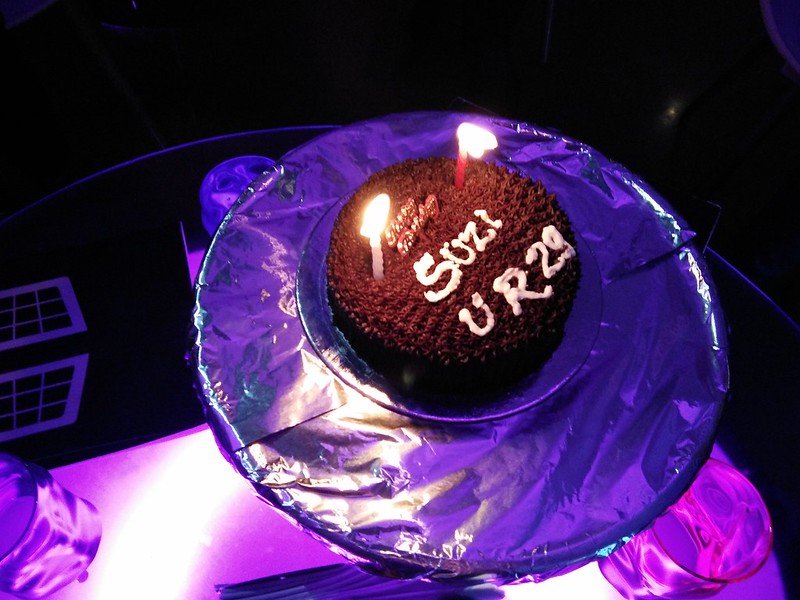 While PDAF support ensures fast focusing, there were some issues with focusing on moving objects. More often than not such photos ended up being blurred. Overall with most users sticking to auto mode when clicking photos, they will have little to complain about. Even the 8-megapixel front-facing camera is capable of clicking some good selfies.

Let’s now take a look at two of the talking points of the Vivo V3 — the fingerprint scanner and Hi-Fi Audio. At the launch, Vivo claimed that its fingerprint scanner was among the most accurate and fastest available in this segment, and we would agree with them. We have used Android smartphones before with fingerprint scanners, but not all of them are really fast or accurate. With the V3 we have been using the scanner since day one and have found nothing to complain about. The screen unlocks in a blink of an eye and we have yet to encounter a failed recognition. Vivo is also looking at the onboard Hi-Fi audio chip to differentiate the V3 from its competitor. Vivo’s AK4375 Hi-Fi audio chip ensures that audio output is loud as well as clear. The smartphone features a speaker grille at the bottom-right edge, and the sound emanating from it is loud enough in noisy environments as well. But when playing songs over the speaker, they do seem to sound a bit flat. Plug in a pair of headsets though, and the audio experience is quite good. In this price segment, the V3 will compete with the Vibe X3’s audio capabilities, and in our experience Lenovo’s smartphone is clearly the winner here.

Making sure everything ticks is a 2,550mAh battery, which during our usage was able to easily survive the day on a single charge. Most of the days we only needed to charge the battery once in office and it would survive till the next morning. Our usage included two email accounts pushing notifications, social accounts like Twitter, Instagram, Facebook, a constantly buzzing Slack account and WhatsApp, calling and playing graphic intensive games. On a more judicial usage during the weekend, we were able to get past a day-and-half on a single charge. Vivo has also employed a dual-engine charging technology, which is its version of fast charging. Charging when using the bundled charger was fast enough, and took less than three hours to charge the battery to 100 percent. In terms of connectivity, the smartphone comes with dual-SIM card slots with support for 4G on both SIMs, Wi-Fi, Bluetooth, GPS and OTG support. Call quality was hassle-free the entire time and there were no call drops even when travelling.

The Vivo V3 then is a very good device, and is another example of just how much Chinese companies have improved when it comes to developing good quality smartphones. Pros include a build quality, good display (despite being HD only), overall smooth performance, the cameras, fingerprint scanner, and battery life. As for cons, we would have loved the display to be 1080p just to tick the box and a better set of speakers, especially since Vivo is focusing on the audio bit so much.

The biggest downer, however, is the price which keeps us from recommending the Vivo V3 to anyone. Despite all the pros, Rs 17,980 doesn’t feel justifiable at all especially when you consider the specifications on board. The likes of the Xiaomi Redmi Note 3 and the Lenovo Zuk Z1 offer similar features at a much lower price tag, At this price, the Vivo V3 will have to compete with the likes of the Lenovo Vibe X3, which offers much more.