The Samsung Galaxy S20 FE costs Rs 39,790 and only supports 4G networks. However, it has a robust and brilliant set of triple cameras, water-resistant build, a pretty 120Hz display, wireless charging, and a fairly fast Exynos chip.

A few weeks ago, I was asked to recommend a good smartphone under Rs 50,000; the main criteria being reliability, good cameras, and no-nonsense performance. As usual, the most options that came up included the OnePlus 9R, OnePlus 9, iQOO 7 Legend, Xiaomi Mi 11X Pro, and the Apple iPhone 11. “Isn’t there anything from Samsung in this segment?” I was clueless, given that Samsung had been quiet in this segment. Also Read - New leak shows MediaTek Dimensity 9000 is more powerful than Snapdragon 8 Gen 1, Exynos 2200

Hence, when the moment allowed, I was interested to try out the Samsung Galaxy S20 FE 5G last week: a smartphone that Samsung sells at a price of Rs 47,999. Not highly affordable and not exactly cutting edge in terms of specifications, the S20 FE 5G came and hid behind the multiple Chinese “flagships/ flagship killers” in the market. Some critics shunned it for using old hardware and an inferior plastic build. Also Read - Indian smartphone market grew by 12% in 2021 despite Covid 19 restrictions

Since we had similar views for the 4G Exynos variant last year, does the upgraded 5G chipset change make it go up the recommendation list? Here’s a compilation of what works and what doesn’t. Also Read - Samsung Galaxy M33 5G India launch likely next month: Launch date, specifications, price and more The Galaxy S20 series wasn’t particularly an eye-catching series of smartphones but it had a classy appeal. The S20 FE 5G carries on the same with a limited colour palette. It misses out on the lively Red and White colours but for those who prefer understated designs, this Galaxy S20 FE 5G is one of the few options in its class. The front has a display stretching edge-to-edge but the bezels are chunkier in comparison.

Of course, the geek community hates plastic on premium phones and those who care for glossy glass may not find the S20 FE appealing, especially next to an iQOO 7 Legend or a OnePlus 9R. That said, the fit-and-finish is top-notch, with no creaks or flex anywhere around. The matte finish on the plastic rear emulates matte glass, and for those concerned with structural rigidity, the metal frame should provide a sigh of relief. Plus, it is IP68 water and dust-resistant, which is still a rarity in this price segment. The Exynos chip on the 4G variant created issues with battery life and overall performance. That’s not the case with the 5G variant. You get the Snapdragon 865 from last year, which by all means is still a very fast chip. Paired with Samsung’s optimized OneUI software, the Galaxy S20 FE 5G is one of the most stable Android phones I have used in a while.

The Snapdragon 865 does high-end mobile gaming well, with games like Call of Duty: Mobile and Battlegrounds Mobile India running in the maxed-out settings. OneUI 3.1 does not exhibit lags or pauses that were familiar with the Exynos version. For most users, performance shouldn’t be a concern, especially given that Samsung promises three years of Android OS upgrades, and four years of security support. The 6.5-inch AMOLED display is one of the liveliest smartphone displays I have seen in this price range. It’s a FullHD+ panel but Samsung tends to make everything seem punchy and alive. The 120Hz refresh rate is a boon while scrolling through Twitter, or playing COD Mobile.

And with the 120Hz mode on, the phone still manages to deliver up to a day and a half’s battery life with moderate usage. The 4500mAh battery usually ends a busy office day with 45-50 percent charge remaining. There’s wireless charging available as well, which is a boon. The Galaxy S20 FE 5G and Apple’s iPhone 11 are currently our top two recommendations for mobile photography enthusiasts in the sub-Rs 50,000 segment. In fact, we’d suggest you pick the Samsung for its versatility and well-tuned colour calibration. The 3X hybrid zoom camera and the well-optimised ultra-wide camera left me impressed in most lighting situations. I even compared the output with the Oppo Reno 6 Pro’s cameras and the Samsung always came out superior. 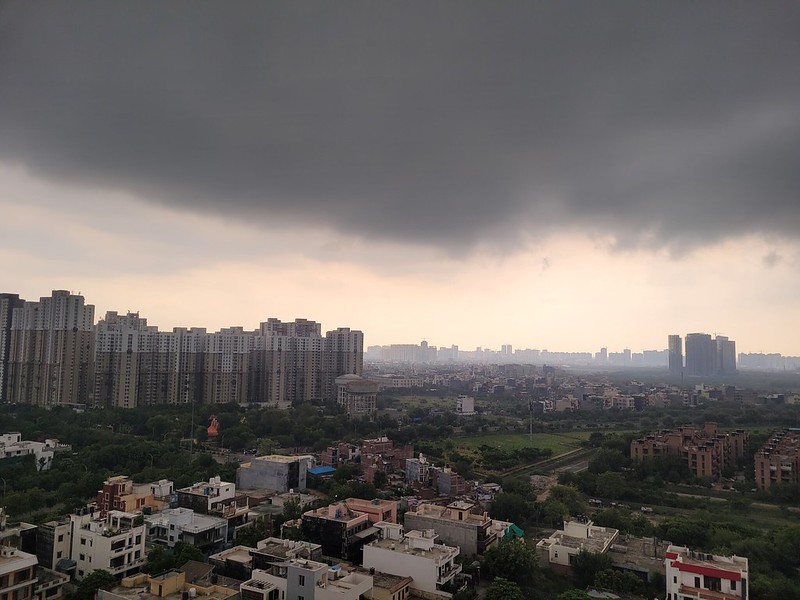 – Bundling a slow 15W charging adapter with a sub-Rs 50,000 smartphone is so 2016 these days. Even if you get the fastest charger Samsung sells, the 25W speeds take over an hour for a full recharge. Brands like OnePlus, Oppo and Realme bundle chargers that do the job in close to 30 minutes. iQOO’s system does it in almost 20 minutes! – OneUI 3 is pretty to look at but has a long learning curve for first-time users. Despite de-bloating, there’s a lot going through in Samsung’s version of Android. The Google Feed gives way to Samsung Free, which is an app to catch on to free Live TV streaming. The weather app shows ads inside and there’s a lengthy process involved to shut it down. Plus, there’s a Samsung counterpart of all Google apps and services. Pre-loaded apps are present in heaps, especially from Microsoft.

– The Snapdragon 865 is still Snapdragon 865: a chipset from 2020! If Samsung had planned to release it in India in mid-2021, using the newer Snapdragon 888 would have made sense. Or, the phone could have been priced on the levels of the cheaper OnePlus 9R. There’s no issue with performance now but what happens in three years’ time? Samsung has a winning package in the form of the Galaxy S20 FE 5G. It may be overshadowed by the blingy iQOOs, Xiaomis and OnePluses of the world but don’t mistake it for a dull old phone. It is pricey for what it offers but there’s enough firepower under the hood to ensure stable performance. The build quality is great, the display is nice, the battery life is reliable, and the cameras can leave most budding photographers smiling.

If you have got less than Rs 50,000 to spend and seek something reliable, I highly recommend trying out the Galaxy S20 FE 5G. If a trendy design, faster charging, gimmicky cameras, and cleaner software matter more, the OnePlus 9 and OnePlus 9 are still better choices.