The newest gaming smartphone to hit the block is the Asus ROG Phone 2. Here's our review of the device. It’s always a fun bit to start talking about the design of gaming phones. Though gamers know that RGB does not enhance FPS of games, it still is important to them. And Asus is indulging its customers with RGB on the ROG Phone 2. The ROG logo on the back is fully RGB capable and has different styles as well. The smartphone is a heavy one to begin with, but that is pretty certain considering that this comes with a 6,000mAh battery. It has its trademark look and lines on the back that is highlighted by its camera bump and the heat vent. These lines that run on the hybrid glass and metal back are chrome in color which gives them a unique highlight. Also Read - Nubia Red Magic 3S announced with 90Hz display, Snapdragon 855 Plus, 12GB RAM

The front panel of the device has a chin and a forehead to make sure gamers can hold the phone comfortably, with stereo speakers on either sides. The front camera is embedded in the forehead under the glass. The left panel has the connector port for its accessories as well as the SIM tray. The right-hand panel houses the two triggers as well as the power button and the volume rockers. The top panel has a microphone hole and the bottom panel has the Type-C port and the 3.5mm audio port along with two more microphone holes. This smartphone definitely looks different from the usual smartphones that are available in 2019.

Now, this is another segment that I will definitely enjoy speaking about. The display of the Asus ROG Phone 2 was pure joy. It is a 6.59-inch Full HD+ 120Hz AMOLED panel with 391ppi and 19.5:9 aspect ratio. And this will dazzle your eyes if you haven’t really seen a high refresh rate panel on a smartphone. For me who is used to a 144Hz monitor, it was still pure pleasure. The color reproduction of the display is on point for gaming which requires highlighted colors. And top that off with that insane refresh rate, you have the best visuals for smartphone gaming out there. Sadly there are very few games that support more than 60FPS on mobile, but the ones that do sure are great to play. I tried playing Tencent’s Game for Peace, which is essentially the Chinese version of PUBG Mobile since it supports 120FPS, and I can’t go back to the 60FPS of PUBG Mobile anymore. And to add to that Call of Duty: Mobile released today which also supports consistent 60FPS and it looks amazing. I had no issues playing outside in the sunlight as well, and the brightness was spot on. But the display is sadly a little on the reflective side, which could have been better.

Moving on to the performance of the beastly ROG Phone 2, it comes with a new Qualcomm Snapdragon 855 Plus SoC with Adreno 640 GPU. I reviewed the model with 128GB storage and 8GB RAM, but it has options for 12GB RAM and 512GB internal storage as well. But even then this combination of specs in the phones makes sure it can handle anything with ease. It has zero trouble handling multiple social media apps, a video editing app and even a couple of games. It can retain quite a bit in its memory.

Gaming on the Asus ROG Phone 2 is quite the experience and enjoyable. I recently reviewed the Nubia Red Magic 3 smartphone that comes with triggers, but the ones on the ROG Phone 2 are slightly better. This is because the ROG Phone 2 triggers require a little bit of pressure to activate which is perfect. Sometimes accidental touches can give away your position. Launching games automatically optimizes the performance on the smartphone if X Mode is on. X Mode is the performance enhancement mode in the ROG Phone 2 which may not push up the CPU core performance but optimizes the performance. In the games, there is a side toolbar that grants access to options like AirTrigger customization and speeding up of the smartphone. It even has an option to record gameplay which does not require any external software (to be fair a few smartphones come with this feature too). It also has options to show real-time phone system info and block calls and messages.

Speaking about the performance of the games we played, none of the games saw the FPS counter drop below 58 from 60. We played PUBG Mobile, Game for Peace, Call of Duty: Mobile, FIFA Mobile and Asphalt 9. The phone manages heating quite well even without the external fan attachment, and only the area near the vent on the rear panel gets a little heated up while playing. We played hour-long sessions of PUBG Mobile on the ROG Phone 2 and the heat was negligible at best. One more positive about this phone is its two front-firing dual-stereo speakers. These two massive speakers can play games at such loud and clear volumes that you will attract stares on streets (don’t play games while in the streets). The stereo quality of the audio actually helps distinguish the footsteps from right to left as the enemies move. The ROG Phone 2 comes with a huge 6,000mAh battery which should be perfect to run a smartphone for a few days without charging. And it is, well, if you run the phone on the 60FPS mode. But I preferred the 90FPS and 120FPS modes and it still managed to get good battery backup from the device. I am a heavy user and on 60FPS the phone lasted me about two and a half days, on 90FPS it was around 2 days, on 120 it was almost one and a half days. Now this is great, and mind you I was constantly playing games from time to time.

The great battery backup aside, it comes with Quick Charge 4.0 that can charge at 30W. Now, this can fully charge up all 6,000mAh of the battery in less than two hours and that is quite something.

Now, this is where I found that Asus could do better. The Asus ROG Phone 2 comes with Android 9 Pie out of the box with options to select either the ROG UI or the Zen UI. I used the ROG UI and felt that it needs some more work from the developers. It may make the phone look like a prototype gaming device and the UI seems to be a prototype. The notification bar seemed to mix up color and often I ended up with dark text on dark background without being able to read anything. Even the notification tiles were not optimized and looked rather blunt. The rest of the UI is pretty stock and has its own additions here and there. The Armory Crate which shows all the games in a tile format also is less helpful than other gaming launchers. The smartphone has its own gestures and users can even squeeze the phone to initiate different tasks, which is helpful. But it has a good in-display fingerprint sensor that is rather quick in recognizing the fingerprint.

This is surprisingly one of the better features of the Asus ROG Phone 2. People usually don’t expect a gaming smartphone to sport the good cameras, but it seems like Asus had different plans. The ROG Phone 2 essentially holds the Asus 6Z set of cameras which are rather good. It has a 48-megapixel sensor with f/1.8 and a 13-megapixel sensor with f/2.4 lens dual camera setup on the back which produces some clear and crisp photos. The photos from the rear camera are not over-saturated and quite accurate in their color depictions. It has a decent portrait mode and can even click good photos in the dark. The rear camera can capture videos at UHD4K at 60fps, FullHD at 240fps, HD at 480fps. On the front, it has a 24-megapixel sensor with f/2.2 lens, which is also rather good and produces accurate skin tones. It comes with a 1080p at 30fps video mode. Here are some camera samples from the Asus ROG Phone 2. 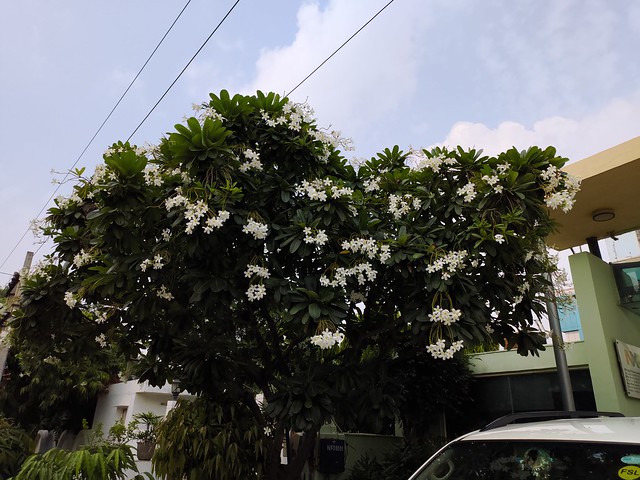 Should you buy the Asus ROG Phone 2?

After all that explaining, I think it is a no brainer that it is an idea phone for gamers. This is definitely one of the best gaming phones I have used until now. It has an excellent display, uncompromising performance, great build quality, powerful speaker and a huge battery. And if these were not all, it comes with some great optics that would even make non-gamers consider this phone seriously. But I feel the UI could do with a little more work, which is nothing a good software update can’t fix from Asus.

To sum up, the Asus ROG Phone 2 is an absolutely worthwhile device at its price point and will give some tough competition to the likes of Black Shark 2, Nubia Red Magic 2 and OnePlus 7 Pro. And the best part is it even makes for a great device for a non-gamer. Definitely a candidate for the best phone of the year.