Asus India launched its ZenFone Lite L1 in the entry-level segment. Here is how it fares in the real world. The Asus Zenfone Lite L1 is the new entry-level smartphone that was launched in India back in October. This marked the return of Asus to the entry and budget smartphone segments after a considerable amount of time in the world of technology. Asus has priced the Zenfone Lite L1 at Rs 5,999 and it is available for purchase on Flipkart. The pricing and the specifications of the device indicate that Asus is taking the fight to its competition, including the likes of Xiaomi, Realme, Huawei and others. Also Read - Xiaomi Band 7 Pro to launch on July 4: Here's what to expect

Given that the device is available at such competitive pricing, it is likely to attract a number of potential buyers. However, before you head to buy the device on Flipkart, let s find out if it is worth the price. I have been using the device for about a month now to check how capable the Lite L1 is the real world. Here is my review for the Asus Zenfone Lite L1. Also Read - Flipkart Big Bachat Dhamaal sale: Best deals on iPhone 12 mini, Poco F4 5G and more

The Asus Zenfone Lite L1 sports a 5.45-inch HD+ (1440×720 pixels) IPS display with an 18:9 aspect ratio. Similar to the Max M1, the screen of the Lite L1 is not as bright to be used under direct sunlight. The device is running on the Qualcomm Snapdragon 430 SoC with Octa-core CPU that is clocked at 1.4GHz with 2GB RAM and 16GB internal storage. Asus has added a dedicated microSD card slot along with dual nano-SIM card slots in the device so that users can expand the storage if they are running out of space. The maximum microSD card that the device can support is 256GB. Talking about the camera department, the Lite L1 comes with a 13-megapixel sensor at the back and a 5-megapixel camera sensor on the front. In terms of connectivity options, the phone comes with Wi-Fi, Bluetooth v4.0, GPS, a 3.5mm audio socket on the top of the device, and a micro-USB port at the bottom of the device. Asus has opted for a 3,000mAh battery for the Lite L1 along with face unlock feature, but no fingerprint sensor. Looking closely at the internals on the device, the Lite L1 is similar to the Max M1 in terms of core specifications minus the difference in RAM and storage capacity. Similarly, the Asus Zenfone Lite L1 also has opted for the somewhat slower Qualcomm Snapdragon 430 chipset instead of the faster and more efficient MediaTek chips that competing devices use. There is nothing special that the Zenfone Lite L1 brings to the table in terms of the design of the device. Similar to the Max M1, Asus has opted for a single plastic sheet with a metallic finish at the back that wraps to join the display at the front. The build quality of the device is decent and the display comes with considerable bezels both at the top as well as the bottom of the screen. There is no fingerprint scanner at the back but the company has added the face unlock feature in the software to fill that gap.

We have talked about the internals and the design of the phone, so now let s focus on the performance of the device. Before I dive into the details of the performance, the short version of this part is that the Lite L1 performs fine and offers decent battery life. There is not a lot that one can expect from entry-level devices such as this one but the intense competition in the entry and budget-segment has pushed the companies to offer devices with better design, internals and performance. This really demands that companies come out the best in the market and a device with decent performance even at such a low price is not sufficient. Diving into details, the overall experience is good with some instances of lag here and there. The phone handles the day to day tasks without much problems. Though, anything more than light-weight multitasking involving more than four to five apps is likely to push the user experience down with sluggishness creeping in. Gaming should be limited to the likes of Candy Crush Saga or Temple Run as the device can t handle anything too heavy. The issue here is not the fact that the device stutters a bit or that it can t handle heavy games, but that its competition including the Redmi 6A provides a comparatively smoother experience. There are no multiple RAM and storage variants here so you will have to be content with that 2GB RAM and 16GB internal storage.

Similar to the ZenFone Max M1, the Lite L1 also does not come with a very good screen and it throws up general usage issues including the inability to see what is on the screen under direct sunlight and problems with face unlock in dark lighting environments with reduced screen brightness. To its credit, the device offers good audio and signal quality while making calls. Moving to the battery life, considering that the device does not pack a powerful SoC and it just runs an HD+ panel, the battery easily lasts a day on regular usage. Regular usage here includes three email accounts on constant sync, WhatsApp messages throughout the day, 8-10 phone calls, SMS messages, about three hours of music playback, half-an-hour worth of gaming and 10-12 photos taken on the camera every day. The 3,000mAh battery does not come with fast charging technology which means that you will have to wait for over two hours to charge the phone from 0 percent to 100 percent.

There is nothing much to talk about when it comes to the software of the ZenFone Lite (L1). But to ensure that you know what you are getting, the Lite L1 comes with Android 8 Oreo-based Zen UI 5.0 out of the box. A thing to note here is that this is not Android 8.1 Oreo or even Android 9 Pie, but the earlier release of Oreo which is over a year old at this stage. The device comes with some bloat that includes Asus apps and other third-party apps. However, the company has tried to reduce the bloat from what it was in the past, and things are considerably better now. Talking about the bloatware, the device comes with in-house Asus apps including WebStorage, Mobile Manager, Weather, Calculator, Clock, and sound recorder. Asus has also added other apps including Facebook, Instagram, and Messenger with the usual Google apps. The operating system comes with support for Project Treble so I am hopeful that the company can roll out Android Pie sooner rather than later. Overall, the software experience is decent but it could be improved to remove the stutters and slight slowdown on some occasions. Similar to what we saw in the Max M1, the Lite L1 does not come with an impressive camera. Even though the camera is more of a feature and it works well in ideal conditions, if we scrutinize its performance then there are issues with the quality, dynamic range and details of the final images. It does an acceptable job during good lighting conditions and the software also comes with a number of features including Panorama, Time Lapse, and Portrait. But in my opinion, the fundamental issues with quality stop it from being anything noteworthy. 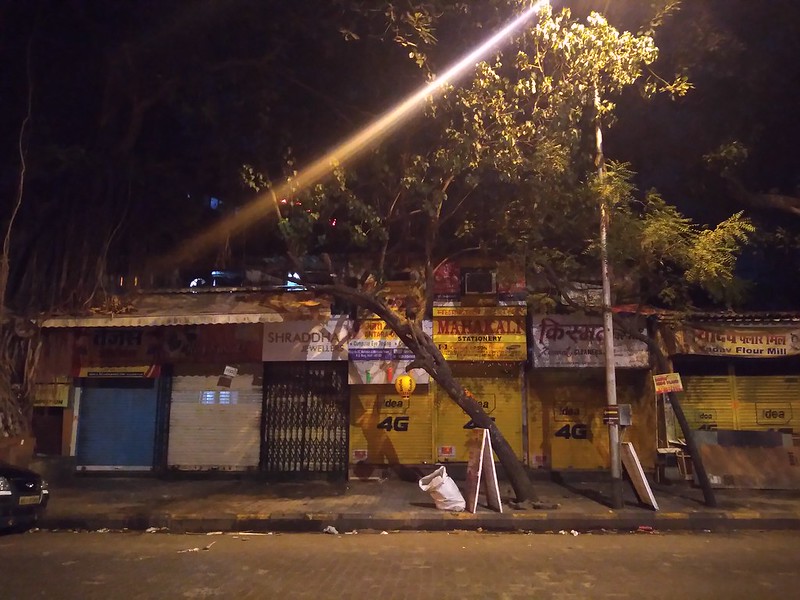 Last but not least, in anything less than good lighting conditions, the camera just falls short. Overall, the Lite L1 comes with a camera which can click decent images in good lighting conditions and nothing beyond that. It’s worth pointing out here that devices in this price range all tend to offer cameras that are basic and very simple in their approach.

Verdict: Is Asus Zenfone Lite L1 worth the price?

At the price of Rs 5,999 (Rs 4,999 during the ongoing Flipkart Mobiles Bonanza), the ZenFone Lite L1 is a decent first smartphone for most users. It may not be the best in the segment but it manages to get the job done. However, if you are looking for better design and performance, then it is better to look at other devices including the Redmi 6A or Realme C1. If you prefer Asus smartphones then it will be a good first smartphone for your parents or even a decent inexpensive backup device. To take on the competition and earn the top spot, Asus needs to better optimize its software and the camera performance. To point out the difference, there is not a huge gap that the company needs to scale. However, purely on merit, the Asus Zenfone Lite L1 is a functional and usable first smartphone for people looking to upgrade from a feature phone.