With aggressive pricing and being the most affordable smartphone with 4GB of RAM, the Coolpad Note 5 sets new benchmarks in the mid-range segment. But does it have what it takes to give LeEco Le 2 and Xiaomi Redmi Note 3 a run for their money? Read our detailed review to find out. In the two years that have passed since Coolpad entered the Indian smartphone market, the company has made a name for itself with its range of affordable smartphones. The company’s Note 3 Lite set a new benchmark by offering a fingerprint scanner on a phone for under Rs 7,000. Now, with the Note 5, Coolpad has set another benchmark – it is the most affordable smartphone to offer 4GB of RAM. Priced at Rs 10,999, the Coolpad Note 5 closely competes with the Xiaomi Redmi Note 3 and LeEco Le 2, and it has all the required potential to give those two phones a run for their money. Also Read - Upcoming Coolpad COOL 20 specs revealed ahead of May 25 launch

Today, the battle lies in the mid-range segment with smartphones priced under Rs 15,000. Yes, specifications and features are important, but buyers also look at other aspects such as design, operating system and the experience that it offers. Coolpad has tried to offer a balance to make the Note 5 a worthy contender. I’ve been using the Note 5 for the past couple of weeks, and after putting it through its paces, here’s my review. Also Read - Coolpad Cool 6 launched in India with 48MP triple camera setup: Check price, features

At first glance, the Coolpad Note 5 looks quite similar to other budget offerings such as the Xiaomi Redmi Note 3 and LeEco Le 2. It sports a full metal unibody design, which has now become a norm in the budget segment. The sides have a metal rim running along all the four edges, while the front is dominated by a 5.5-inch display covered with 2.5D curved glass on top which adds a bit of premium feel to it. It’s a scratch resistant screen with laminated coating, which makes it somewhat reflective at times. Also Read - Nokia 5310 Review: A heavy bet on XpressMusic nostalgia Above the display, you have the earpiece, front camera with LED flash, and proximity sensor. Below the display, you have capacitive keys for the task switcher, home and back buttons. Sadly, these buttons aren’t backlit. At the back, and you have the camera module with LED flash and a fingerprint sensor below it. It is pretty accurate, unlocks the phone in under a second and supports 360-degrees fingerprint scanning. The lower part of the phone has the Coolpad logo and speaker grille. The overall look and feel of the device is pretty good, and it is quite sturdy as well. Coming to buttons and port placement, the top edge has a 3.5mm jack, while the micro-USB port for data transfer and charging is placed at the bottom. The volume rocker is on the left side, whereas the right has the power / sleep button and the dual-SIM tray. It is a hybrid slot, allowing you to use either two nano-SIM cards or one nano-SIM plus one microSD card for expandable storage.

The Note 5 features a 5.5-inch full-HD (1080p) IPS-LCD screen. The display is pretty crisp, bright and has good sunlight legibility. The black levels are deep, while whites are bright. The screen offers good viewing angles and color reproduction is quite punchy too. The Coolpad Note 5 runs on Android 6.0 Marshmallow, with Cool UI 8 running on top. The interface is slick and does not feature an app drawer. All the installed apps are available on the home screens. Unlike stock Android and other custom interfaces, a drag down from the top only reveals notifications. Dragging up from bottom reveals shortcut toggles for Bluetooth, mobile data, Wi-Fi, the brightness slider, GPS and others, just like on iOS. The Cool UI 8 has some nifty additions such as dual apps, where you can use two WhatsApp or Facebook accounts on one device. You also have smart controls such as double-tap to wake gesture and swipe up or down with three fingers to capture screenshots. When the screen is locked, you can draw ‘m’ to quickly jump into the music app, draw ‘e’ for browser and more.

Coolpad has also included a Cool Manager app that lets you clear cache, block unwanted callers and lock apps to keep them away from prying eyes. There is also a Cool Service app that shows you the nearby service centers with address, which can be helpful if you are facing any issues with the smartphone. There is a drop-down option to choose the state and city as well. Lastly, you can even activate a floating ‘C’ button from the Smart Control option within Settings, which brings quick on-screen buttons such as back, home, lockscreen, mute and screenshot. Coming to performance, the combination of Snapdragon 617 SoC and 4GB of RAM works pretty well to handle day-to-day tasks. During my two weeks of usage, I barely encountered any lag while using it. I often have WhatsApp, Twitter, Gmail, Facebook, Slack, Chrome browser with 3-4 tabs open and Zerodha Kite (stock trading platform) running in the background. During my usage, I could easily switch between these apps without any hassle. However, when I had these apps running and a game such as Asphalt 8 minimized, I noticed a bit of lag of a second or so when switching between apps.

While casual games such as Subway Surfers and Temple Run 2 run smoothly, graphics intense games such as Asphalt 8: Airborne and Modern Combat 5: Blackout had slight stutter and frame drops. It did not affect the overall game play, but the stutter is certainly present and it makes you conscious while playing it. The smartphone also tends to get a little warm when playing, but it does not get too hot, which is a good thing. The Coolpad Note 5 features a 13-megapixel rear camera snapper of aperture f/2.2 along with LED flash. The quality is decent in bright, outdoor conditions but the indoor quality is average at best. The photos aren’t that sharp as you would expect them to be and it suffers from dynamic range too. While the camera is capable of capturing decent amount of colors, they are sober looking rather than being punchy. There is visible noise when you start zooming in, even a bit. Of course, you can’t ask for more at this price tag. The rear camera can also record full-HD 1080p videos and again the quality is average. 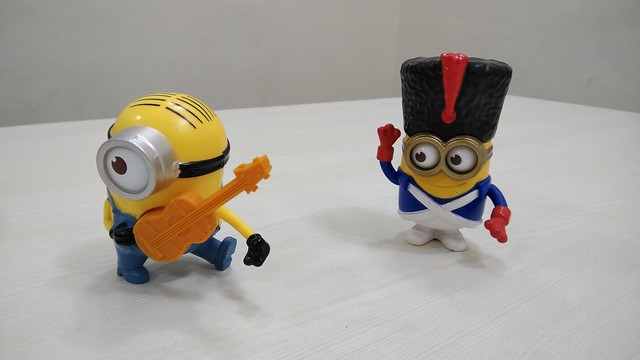 At the front, you have an 8-megapixel snapper with 80-degrees wide-angle lens, f/2.2 aperture along with an LED flash. The quality is just average and even the photos taken in bright outdoor conditions have good amount of noise. Also, the camera is not able to capture accurate skin tones, making the photos look a little washed out. For clicking photos in low-light, you do get an LED flash on front, but instead of firing up, it’s only turned on like a torch. In fact, having the front flash doesn’t make much of a difference as it doesn’t throw enough light on the subject.

The battery life of the Coolpad Note 5 impressed me the most. The Coolpad Note 5 is armed with a 4,100mAh non-user removable battery which lasts quite long. I had two SIM cards inserted, a Reliance Jio 4G SIM as primary with 4G on 24×7 and a Vodafone 4G SIM for calling. My usage includes an hour’s worth phone calls every day, Twitter and Slack during my hour long commute from home to office and back, listening to music, playing some casual games for 15-20 minutes, three email accounts in sync, social networking and WhatsApp through the day. With all of this usage, I could easily sail through the day, while getting screen on time anywhere between four to five hours.

There had been a weekend when I charged the phone to 100 percent on Saturday morning, and by Sunday evening I still had about 10 percent battery remaining. Also, I went on an hour long drive and back with Google Maps, GPS and screen on at 40 percent brightness for navigation. During those two hours, the battery drained from 88 percent to 55 percent, which really isn’t that bad. The only thing I was unhappy with was the time it takes to charge from zero to 100 percent, which is close to three hours. This is because the charger bundled with the device is a basic 10W charger, but if you were to get yourself an aftermarket Qualcomm Quick Charge 3.0-capable charger, you could increase your charging speed.

The mid-range segment under the Rs 12,000 price bracket is currently dominated by the Xiaomi Redmi Note 3 and the LeEco Le 2. The Coolpad Note 5 has a lot of things in its favor – a good display, good overall performance and excellent battery life. The only shortcomings of the Coolpad Note 5 are an average camera, and long charging times with the bundled charger.

The device also takes the specification war ahead with 4GB of RAM in that price range, changing the overall dynamics of the affordable segment. In my view, the Coolpad Note 5 is a good option to consider for those who are looking for a good smartphone at under Rs 15,000.