Google has admitted that the flagship Pixels aren’t selling well. With the Pixel 3a and Pixel 3a XL, the company is trying to offer a good software and camera experience. But does the ‘slightly affordable’ price tag justify its existence? When Google introduced the Nexus line of smartphones in January 2010, the idea was to offer flagship hardware and pure stock Android experience at half the price compared to flagships from Samsung, HTC and LG. The idea was great, but the camera experience was average. In 2016, Google ditched the Nexus brand, and launched Pixel and Pixel XL smartphones featuring amazing cameras. Also Read - New avatar of Google Chrome’s offline dinosaur game is here: How you can play

Today, OEMs like Samsung, LG, Huawei and more, have moved to three and four cameras, but the Pixels are able to do a fantastic job with just one camera. The Pixel 3 and Pixel 3 XL launched in October 2018 have great cameras, but the pricing is out of reach for many. The recently launched Pixel 3a and Pixel 3a XL change everything. They have an affordable price tag and feature the same great cameras as on the Pixel 3-series. So, has Google done enough to make the Pixel 3a series worth your money? Also Read - Timex Helix Smart 2.0 with temperature sensor, heart rate sensor launched: Details here

Superb cameras for the price

I know the Pixel devices have always set a bar for cameras, and you d want to know if the Pixel 3a XL lives up to the reputation. So, let me start with the cameras first. Yes, it gets the same 12-megapixel rear camera (Sony IMX363 sensor) with f/1.8 aperture, dual pixel auto-focus, OIS and support for 4K video recording. It is the same as the Pixel 3 XL, except, it misses out on the Pixel visual core. Does that matter? Well, sort of. The visual core helps in quick processing of photos, especially the AI tasks. Without the core, the Pixel 3a XL takes a couple of extra seconds to process the photos. You can click photos in default mode, or you can turn on the HDR+ or HDR+ Enhanced. I clicked the photos in auto mode, and they were good, but the ones with HDR+ Enhanced is where you can see the best of Google software at work. Be it day-light or low-light, or even against the sun, the camera does a fantastic job. Below are some samples. 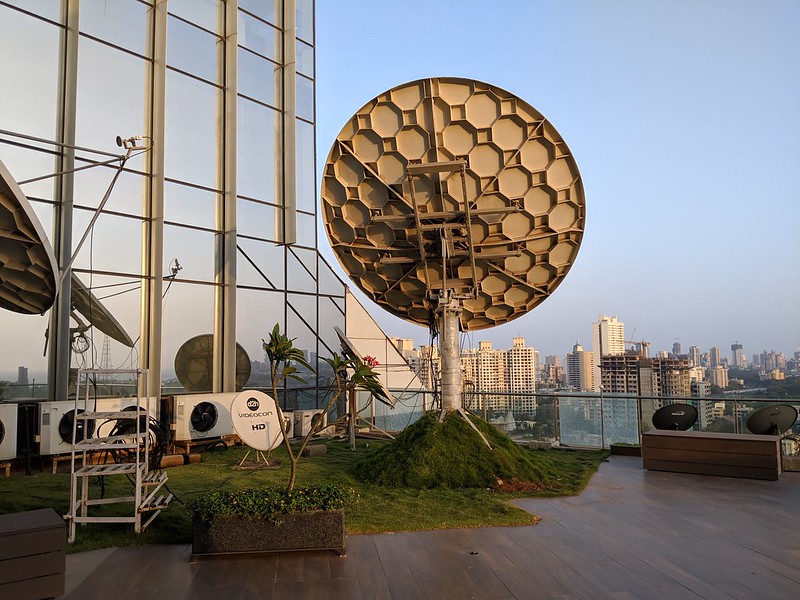 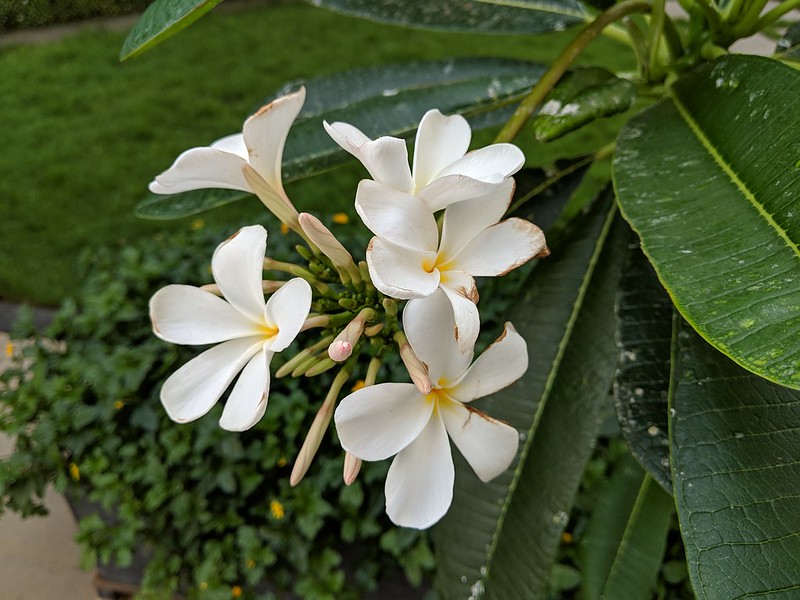 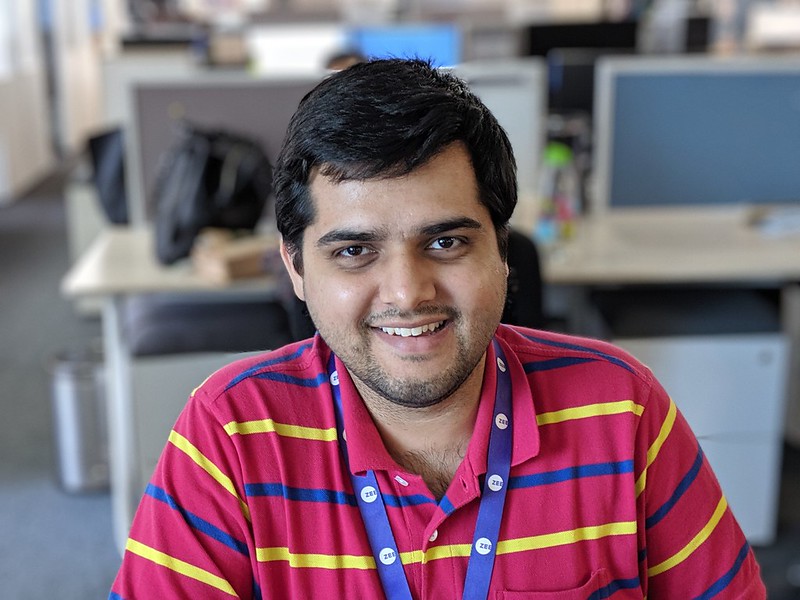 There is Night Sight mode where a burst of photos are shot at different exposures and the result is a brighter photos. It is impressive how Google managed to get the same software experience as the flagship model at a lower price point. Here s a sample shot.

Up front, there s an 8-megapixel selfie snapper, and compared the Pixel 3 XL, the secondary ultra-wide sensor is missing. But that isn t a big concern, unless you are the ones who clicks a lot of group selfies. Otherwise, the photo quality is pretty good, even the AI portrait mode works well. You can also control the blur intensity and add color pop effects.

But is the Pixel 3a XL any good compared to Pixel 3 XL? Well, I shot a few photos on both the smartphones, and the difference isn t much. At times, I found the Pixel 3a photos to be a little warm, while some were slightly brighter, but given the price difference, these aren t easily noticeable, unless you are trying to find faults.

With camera out of the way, let s talk about the other things. The very first thing you ll notice is that the Pixel 3a XL and Pixel 3 XL are identical in design. You get the same two-tone finish at the back, the camera placement is also the same. What changes is the build materials. The Pixel 3a XL comes with unibody polycarbonate shell, compared to glass on the Pixel 3 XL. So, in case you even drop your phone, it could just result in a crack, whereas the Pixel 3 XL will result in shattered glass. There are subtle changes here. The SIM card tray has been moved to the left, the power / sleep button and volume rocker is on the right. At the bottom, you have the USB Type C port for charging and data transfer, and the speaker.

And while most smartphone makers ditched the 3.5mm headphone jack, including Google with the Pixel 2 and Pixel 3 series, the audio socket makes a comeback with the Pixel 3a and Pixel 3a XL. Located on top, Google has also bundled headphones in the box, which is a good thing. The headphones offer good quality audio, something that you ll find with premium ones. Google has gone with a 6-inch qOLED display with FHD+ (1080x2160pixels) resolution and 18:9 aspect ratio. The screen is protected by Asahi Dragontrail Glass protection. The screen is pretty bright, but not as good as some other phones in the same price range. Colors look vivid, and viewing angles are good. The display is smaller than the Pixel 3 XL that comes with a slightly larger 6.3-inch panel, QHD+ (1440x2960pixels), 18.5:9 aspect ratio, and Corning Gorilla Glass 5 protection. And while the Pixel 3 XL was heavily criticized for the notch, the Pixel 3a XL skips it. The thick bezels on the top and bottom may look like a step back, but you ll get used to it. Out of the box, the Pixel 3a XL performance is pretty smooth. I had no issues when multi-tasking or switching between apps. Scrolling through my Facebook or Twitter timeline was also smooth experience, and even playing games like PUBG on high graphics settings was smooth as butter.

However, things took a turn when using the Pixel 3 XL side-by-side. It is only then when you ll notice that the Pixel 3a XL takes a couple of more seconds to load apps. It is also noticeable when processing photos, where it takes a little over two seconds to process when using HDR+ Enhanced and RAW.

That brings me to my next concern. The Pixel 3 XL with flagship hardware is barely 7 months old, and a lot of users have been complaining about it being sluggish, and it is likely because of the 4GB RAM, whereas competitors are stuffing 6GB/8GB and even 12GB, making those phones future proof. I haven t been using the Pixel as a primary, so I cannot comment on that, but it remains to be seen how Google will tackle that problem, especially as it aims to offer the best software experience.

Besides the camera, the key highlight of Nexus and Pixel smartphones has always been software. The Pixel 3a XL comes with a promise of guaranteed software updates for 3 years along with monthly security updates for the same period. Now, my review unit shipped with March 2019 security patch even though it is May 2019 now. Also, when Google announced Android Q beta at I/O 2019, the Pixel 3a series wasn t a part of the list. It makes me question how Google will justify that. But before passing a judgement, I will want to see how things go over the next few months. The Pixel 3x XL comes with a 3,700mAh battery, fast charging capabilities. Google has included an 18W charger in the box and it takes about 93 minutes to fully top up the battery. Using Power Delivery, 50 percent battery is charged in the first 30 minutes, after which it slows down for the remaining half. And on a single charge, the lasts the entire working day with moderate to slightly heavy usage. On a more controlled usage, I could go for a day and a half without worrying about charging again.

Verdict: Should you buy the Pixel 3a XL? Even if we consider the current price of the Pixel 3 XL, the Pixel 3a XL is affordable by Rs 17,000. Sure, there are some compromises no glass body, no wireless charging, no IPXX rating for water and dust resistance, no flagship chipset. But you do get the same software and camera experience as the premium model, and you also get a 3.5mm audio jack.

Does the Pixel 3a XL justify the price tag? No.Ideally, a price point between Rs 35,000 and Rs 38,500 could have been perfect. It tries to be a Nexus replacement but fails with two major aspects price and flagship chipset. But if you always wanted the latest Pixel and the price was out of your budget, the Pixel 3a and Pixel 3a XL could be considered. Given the competition, you get the likes of OnePlus 6T with flagship chipset, more storage and RAM, while still saving some. It does not have a great camera, but has everything else. Another good option could be last year s Pixel 2 XL with flagship hardware and good camera experience.