The Honor 20 directly takes on the OnePlus 7 at the same price of Rs 32,999. The Honor 20 comes with near identical specifications like the flagship Honor 20 Pro. It packs quad-camera setup at the back, with top-of-the-line specifications. Here's the full review. Huawei sub-brand, Honor, unveiled its latest Honor 20 series in London last month. Now the company has brought all three – Honor 20, Honor 20 Pro and Honor 20i – to the Indian market. The budget Honor 20i is likely to take on the offerings from Xiaomi and Realme. While the flagship Honor 20 Pro and Honor 20 can be seen as another attempt at a slightly more premium segment. After last year’s Honor View20, the new Honor 20 Pro is company’s 2019 flagship smartphone to take on OnePlus‘ popularity in India. Also Read - Honor Pad 5 launched in India with Honor 20, 20 Pro and 20i

The Honor 20 Pro is priced at Rs 39,999. The slightly more affordable Honor 20, on the other hand, directly takes on the OnePlus 7 at the same price of Rs 32,999. The Honor 20 comes with near identical specifications like the flagship Honor 20 Pro. It packs quad-camera setup at the back, with top-of-the-line specifications. I spent the last couple of weeks with the new Honor 20, and here’s my review. Also Read - Honor 20, Honor 20i, Honor 20 Pro launched in India: Price, availability, features and more

First up, I really liked the design of Honor 20, and I am sure most of you will too. That said, the design is largely similar to what we have seen on devices since the Honor 8 launch. Since then, there have been a lot of other Honor smartphones, and all of these have featured many refinements. On the Honor 20, the outer glass shell with gradient design gives it a more premium look than most smartphones in this price segment. Despite the glass body, the handset doesn’t feel delicate. I also found the tactile feedback of the power button and volume keys to be up to the mark. The Honor 20 body is slightly thick, but Honor has still managed to keep the weight under check. The phone feels quite lightweight and fits well in hands. The glass body however is slippery, and attracts fingerprint easily. What you do not get in the phone is a 3.5mm audio jack, which I feel should have been there. But to compensate, Honor is providing a Type-C to 3.5mm audio converter in the box. You also get an additional IR sensor up top to control your compatible appliances like TV, AC and more at home. The big change in Honor 20’s design is on the front. Just like the Honor View20, the Honor 20 also boasts a punch-hole screen design. It houses a 32-megapixel selfie camera in a 4.5mm tiny display hole. The camera is located at the top-left corner of the display, instead of right top corner like the Samsung Galaxy S10. In my opinion, it is a better implementation. You get a 6.26-inch full-HD+ (1080×2340 pixels) All-View display with 19.5:9 aspect ratio and 412ppi pixel density. In terms of display quality, I found the sunlight legibility to be decent, and there was no difficultly in viewing the screen under bright light conditions. The Honor 20 uses the top-end HiSilicon Kirin 980 octa-core SoC from Huawei. The 7nm processor comes backed by 6GB of RAM with 128GB onboard storage in India. Unfortunately, you can’t expand the storage via microSD card, just like OnePlus phones. During my review time, I found the Honor 20 performance to be as smooth as any flagship you get these days.

In terms of daily usage, the multitasking and the app launch time were at par as well, and there was no stutter or lag of any kind. When it came to gaming performance, the device didn’t disappoint either. Games like PUBG worked well with very little load time. Although the phone did get quite warm during long sessions. Also, whenever I kept the device at ‘Performance mode’, it tend to heat up a lot more than expected, something Honor should look at. While the Honor 20’s performance impressed, the software didn’t. Huawei uses Emotion UI (EMUI) for its smartphones, which was same in the Honor devices until recent past. Now going forward, the parent company is looking to differentiate the two, and hence we see the rebranded EMUI 9.1 as the Magic UI 2.1 in Honor 20 series. The Android 9 Pie based Magic UI doesn’t seem to have taken any advantage of Google’s material design or anything else. The software on Honor 20 reminds me of the old Android layout from 2014, where the icons, transitions, notifications, app drawer were an eyesore. I feel, Honor really needs to fix its software, because at present it just kills the experience of a flagship smartphone. You however get used to of the phone after some time, and many of you might not even notice these issues after a while.

This new Honor 20 series has come at a time when the brand is facing challenges in software department after the US ban on Huawei. As of now, it will not impact the current series, and you do get all Google services installed on the phone. Honor also puts a lot of bloatware, out of which most of it you would not be able to uninstall. Overall in my opinion, the Magic UI is functional but doesn’t feel modern.

The camera setup on the Honor 20 is a quad-lens module which has been stacked vertically. Just like the Huawei 20 Pro, it packs a primary 48-megapixel Sony IMX586 sensor along with a 16-megapixel ultra-wide angle lens, an 2-megapixel depth assist and lastly a 2-megapixel macro sensor. The last sensor allows users to take images in closest (4cms) proximity possible. On the front, it gets a 32-megapixel selfie shooter. During my review time, the primary camera setup on the Honor 20 managed some incredible photos in the daylight, especially with AI-scene detection enabled. These shots had great details, contrast levels, brightness and sharpness. I prefer photos with close to normal color reproduction, and Honor 20 did just that. Also, the High Dynamic Range (HDR) on this device is much better than the ones it’ll be competing with in the Indian market. The setup also offers up to 10X zoom, which takes acceptable shots. But I really liked the 3X lossless zoom shots in particular, as it retained details quite well. I however didn’t quite like the wide-angle camera. The images it took were mostly skewed. I hope this can be fixed via a software update in future. Because of the dedicated 2-megapixel macro lens, the Honor 20 lets you go really close to the subject. It can take pictures with close proximity of 4cms, which is great. Having said that, I found that the camera took long to focus in the ‘Super macro’ mode or sometimes didn’t focus at all. Also, the results were not as sharp as we’d expected from a dedicated macro lens.

We are hoping that it’ll get fixed in a software update, since my review device was the pre-production unit from the company. Coming to low-light photography on the Honor 20, it surprised me the most. The f/1.4 lens on this phone truly makes it a segment leader in my opinion. You can check out the camera samples below. 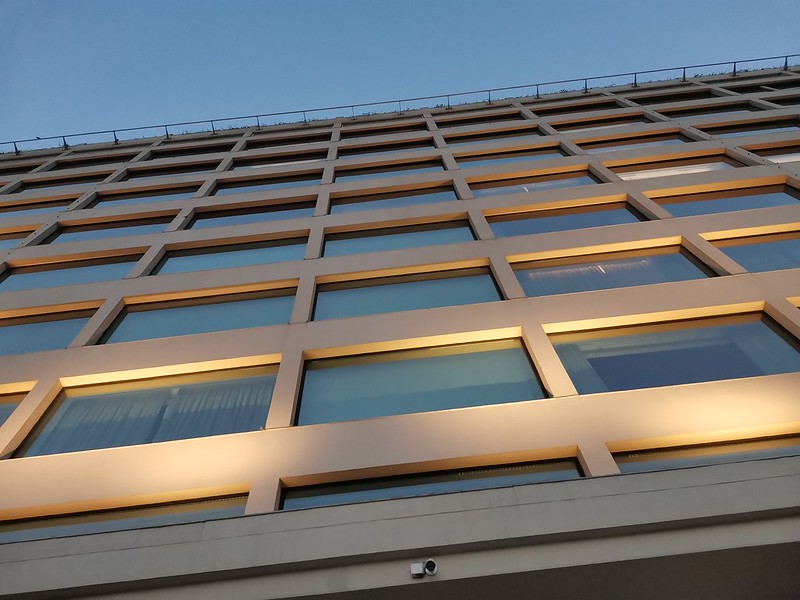 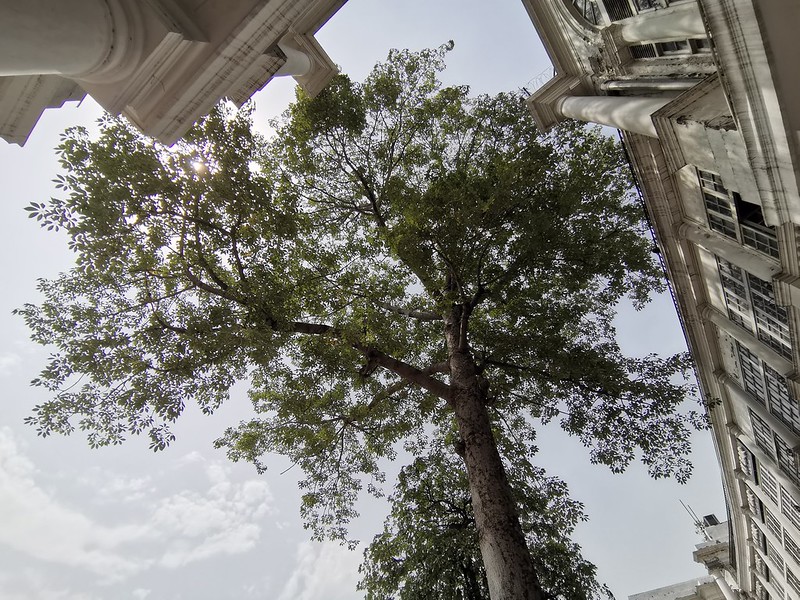 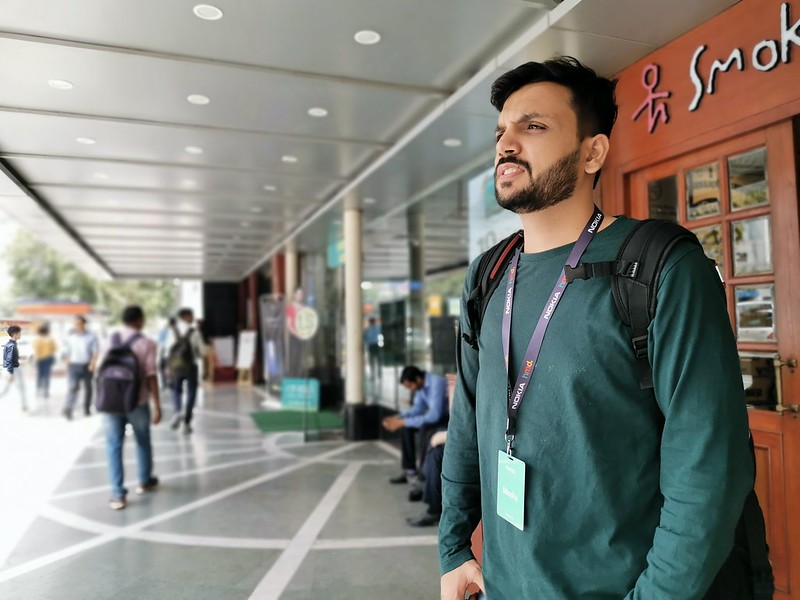 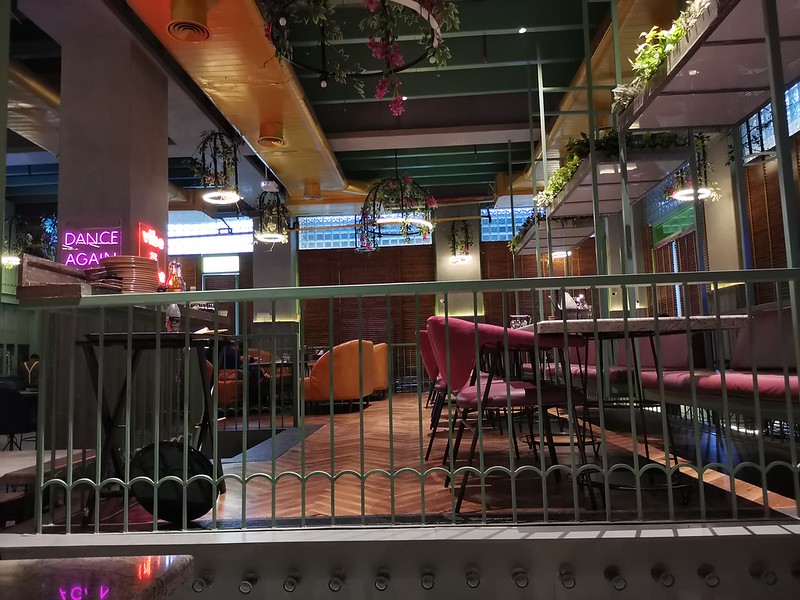 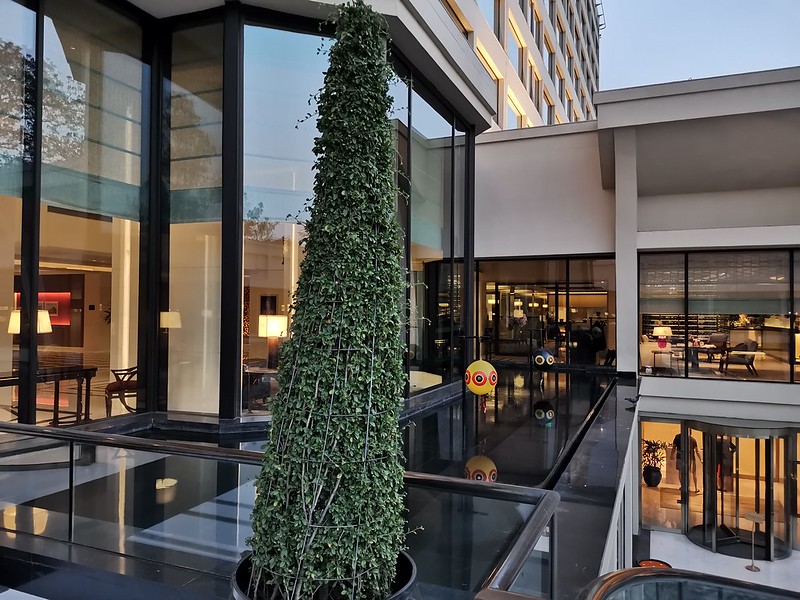 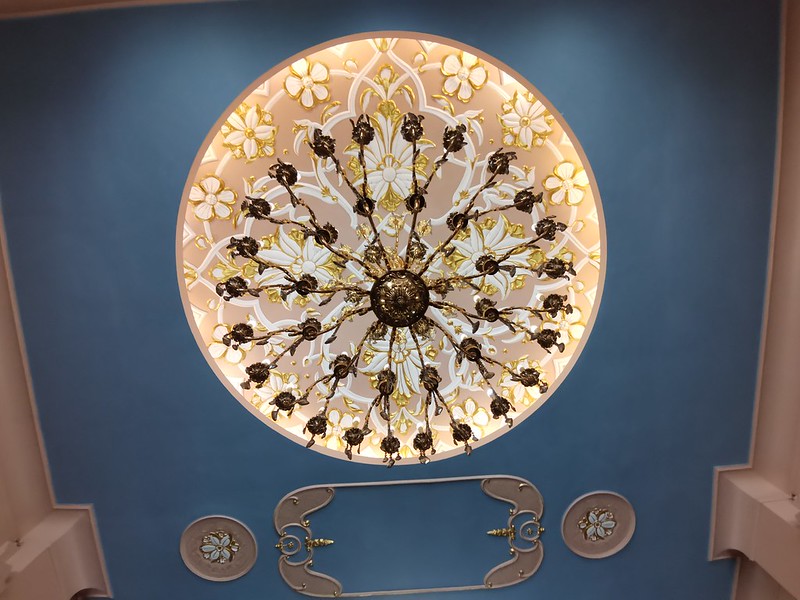 For face unlock, Honor has also done a good job with fast unlocking speed. I found it to be pretty quick, and probably the second best after OnePlus’ face unlock timing. Having said that, the settings by default doesn’t open the phone by recognizing your face, so users will need to ‘Select unlock method’ in the ‘Face recognition’ settings in phone’s security option. Here this will need to be changed from ‘Slide to unlock’ to ‘Direct unlock’. Overall, I found both fingerprint unlock and Face unlock to be be as good as any premium segment phone.

The Honor 20 is backed by a 3,750mAh non-removable Li-Ion battery, which incorporates USB Type-C charging port and 22.5W SuperCharge fast charging support. During my review, I extensively used it for my everyday use with two SIM cards and apps like Google Maps, Facebook, Twitter, Instagram, WhatsApp, YouTube, Gmail, Outlook and more. I generally rely a lot on my phone for navigation, music, emails, and more. Also, the video consumption is slightly high in my case. Despite that, the phone could survive a day with 5-6 percent battery to spare. I was really impressed with the fast charging as well. It could charge 20 percent in 15 minutes, and 100 percent in 1.5 hours. The Honor 20 is an impressive piece of hardware from the company at Rs 32,999, especially because of its design and the f/1.4 aperture camera. What it lacks is a great software, and I feel Honor is aware of that already. After the US trade ban on Huawei, the software department is of course a concern for consumers, but having said that the Honor 20 line of phones will be classified as existing devices and Honor has assured that consumers need not to worry about future software updates. But keeping the issue aside, Honor 20 is a great contender in its price segment. The device ticks almost all boxes, and I personally liked the camera, design and fast charging on this phone. In case you are looking to buy a phone around Rs 30,000 price bracket, the Honor 20 is definitely one of the device you should look at.