Honor 20i review: A polished mid-ranger with triple cameras

The Honor 20i smartphone is priced in India at Rs 14,999, and will go on sale on June 18 via Flipkart. Check out our review to find out if it is worth your hard earned money. Honor recently launched its Honor 20i in the hotly contested Rs 15,000 price range. The smartphone has stepped in to challenge the likes of Xiaomi Redmi Note 7 Pro, Samsung Galaxy M30, and the Realme 3 Pro. To take them on, Honor’s affordable phone has a lot to offer. It has what it takes to be a modern day budget device – gradient paint job, notched display design, a powerful chipset, a high-resolution selfie camera, triple rear cameras, decent battery and more. While all of this sounds good on paper, the big question is whether it’s worth the Rs 14,999 price tag. To answer that, check out our Honor 20i review. Also Read - Honor 20i vs Redmi Note 7 Pro vs Realme 3 Pro vs Galaxy M30: Price, specifications and features compared

Lately, a lot of smartphone makers are offering gradient design in the budget segment to make their products stand out. The latest Honor 20i also offers that with its curved, glossy and gradient back. The device comes in eye-catching gradient colors, including Phantom Red, Phantom Blue and Magical Midnight Black. The blue variant looks gorgeous, though you will need a case on the back as it attracts smudges and fingerprints. It is also prone to slipping. Also Read - Honor 20, Honor 20i, Honor 20 Pro launched in India: Price, availability, features and more Nevertheless, the combination of blue and purple is truly captivating, and one will notice some sort of pattern, which shines when light reflects off the rear panel. Moreover, the slightly curved rear panel helps with overall aesthetics and offers a much better fit in the palm. Weighing in at 168 grams, the device feels very light too.

Notably, you will find the gradient design on the Honor 10 Lite as well. The only aesthetic change here is the triple rear camera setup. Honor has also placed the fingerprint scanner at the right place as it is convenient to reach. The side power and volume buttons also offer satisfactory tactile feedback. Oddly, you will find the hybrid dual-SIM tray on the top of the phone. While the Redmi Note 7 Pro offers a USB Type-C port, the Honor 20i sticks with a micro USB. Up front, there is a 6.21-inch display, which is same as on the Honor 10 Lite. It has an impressive 91 percent screen-to-body ratio, and 19.5:9 aspect ratio. The panel operates at full HD+ resolution. There is a ‘Smart Resolution’ mode, which automatically adjusts the screen resolution to save power. The notch at the top houses a 32-megapixel selfie shooter, while above it you will notice a very thin earpiece grille. The bottom bezel of the phone is also quite slim. Furthermore, colors also look nice with gradient-themed wallpapers. Overall, we can say that Honor 20i is one of the better-looking phones in its segment.

The Honor 20i draws its power from Huawei’s in-house Kirin 710 SoC, which is also seen powering phones like Honor 10 Lite, Honor 8X and more. The Kirin 710 is an octa-core SoC, which is based on a 12nm process and is clocked at 2.2GHz. Honor is selling the device only in 4GB RAM/128GB storage option, which is more than enough. But, if you are not happy with the storage, you can also expand it by up to 512GB using a microSD card. When it comes to performance, the Honor 20i is competent in handling day-to-day tasks without breaking into a sweat. We also didn’t witness any lag or stutter, and the multi-tasking experience was also fine. The handset can also handle heavy titles like Asphalt 9: Legends and PUBG, very well. Additionally, the PUBG Mobile game is by default set to Medium settings with the graphics at ‘Balanced’ and Frame Rate at ‘Medium’. With these settings, we didn’t notice any lag while gaming and you will get a smooth experience. But, if you jump to ‘High’ frame rate at ‘HD’ graphics, the experience is not that pleasant. Furthermore, during our usage, we found that both the fingerprint scanner and face unlock are very fast to unlock the phone. Overall, the Honor 20i does a good job in the performance arena, considering the price it is demanding. The Honor 20i runs Android 9 Pie OS with EMUI 9 on top. Huawei’s EMUI is among the most heavily customized versions of Android, and one can adjust a lot of settings as per their needs. There is Smart Assistance, and you will also find three separate performance oriented modes in the battery section. This includes Performance mode, Power saving mode and Ultra-saving mode. In settings, there’s also a toggle which allows you to switch between the standard layout or a Home screen with an app drawer. We also found Android Pie’s ‘Digital balance’ feature quite nifty. You can easily keep a track of how much time you spend on your phone, which apps you use most of the time and more. While the software does offer a bunch of useful features, it also brings bloatware. This includes HiCare, Ride mode, Honor Club, Party mode, a Vigo Video and more. These apps just eat up your storage space and make the UI feel cluttered.

When you compare it with Honor 10 Lite, the biggest upgrade you will find is in the optics department. The Honor 20i packs a triple-camera setup on the back, unlike the dual rear cameras on the Honor 10 Lite. At the back, there is a 24-megapixel f/1.8 sensor, an 8-megapixel ultra-wide-angle camera and a 2-megapixel depth sensor. The good thing is you can capture ultra-wide photos, which is capable of 120-degree shots. There is also a Night scene mode, similar to the Honor 20. On the front is a 32-megapixel AI selfie camera. The 24-megapixel images shot using the Honor 20i are on par with what we have seen on other smartphones in the same price segment. As you can see below, the images have good amount of details and sharpness. Do note that you will get these type of images only in ideal lighting conditions. The color reproduction is also good, but colors sometimes turned out to be slightly undersaturated. It is also quick to focus. The device also managed decent separation between the subject and background in macro shots. But, the ultra-wide camera produces distorted 8-megapixel images. The details, textures and sharpness are also missing. 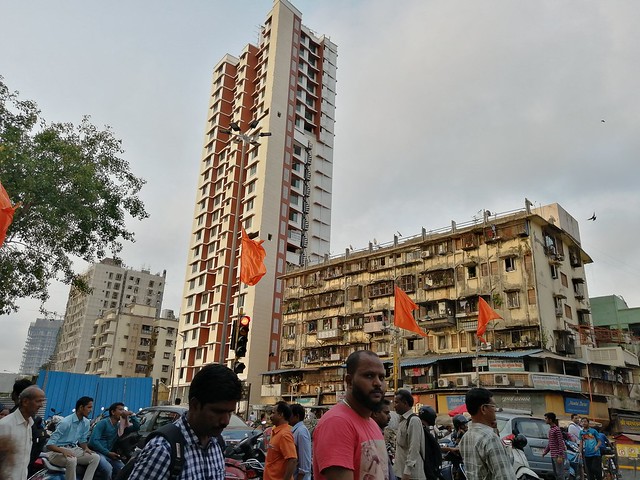 The Night scene mode works well. It takes multiple shots and blends them to deliver a clearer picture with less noise, better colors and contrast. But, you will have to be very patient as it takes time to produce the final output. With the regular photo mode, the images taken in low-light are not clear and lacks detail. The images are also noisy, soft, and sometimes a bit blurry too, but this is expected from a budget phone.

The camera app also offers support for features like Portrait, Aperture, Pro, Light painting, Time-Lapse and HDR among others. Similar to the Honor 8X, the Honor 20i also offers a separate AI mode, which doesn’t work properly in the real world. But, it is better than HDR mode, and delivers a bit saturated photos. The front 32-megapixel camera takes decent and soft selfies with enough details. The front camera also supports Portrait mode. Additionally, users can beautify their videos as well. The 3,400mAh battery inside the smartphone lasted a day, but that totally depends on your usage pattern. Our usage consisted of a bit of social networking, messaging, an hour of gaming, and watching a few YouTube videos. Notably, with the Honor 20i, the company doesn’t offer a fast charger in the box, and the standard 10W charger is quite slow to top up the smartphone.

The sub-Rs 15,000 price segment is one aggressive phone category. If you are in the market looking for a smartphone in the same range, you can go for the Honor 20i. It is priced at 14,999, and is a well-rounded package and has a great aesthetic sense. You get a sleek and eye-catching design, smooth performance, Android 9 Pie OS, lots of storage and decent battery life. The device is quite similar to the Honor 10 Lite in terms of specifications, excluding cameras. This device mainly faltered in the optics department and the Honor 20i fixes that up to an extent.

The rear camera performance of the Honor 20i is good in the daylight. In addition to this, the night mode works really well. But, the camera performance could have been slightly better. Furthermore, the company needs to work on the user interface experience. It could have been smoother and uncluttered. Also, here you will still find the dated micro-USB port, which is disappointing.

In this range, Xiaomi’s Redmi Note 7 Pro is a great value for money device, which is currently available for Rs 13,999. It offers slightly better performance and cameras, big battery, glass design and more. You also get a USB Type-C port. There are other options as well, including the Realme 3 Pro, and the Samsung Galaxy M30 to name a few.