The Honor 9X is priced at Rs 13,999 in India, and it is a safe bet for those looking for a cheap pop-up camera phone, and a big attractive and vibrant screen to binge-watch. Huawei’s sub-brand Honor has kicked off 2020 with the launch of Honor 9X smartphone. While Huawei is scrambling to find pieces to replace Google’s Play apps and services, Honor has somehow managed to release its new phone with GMS, and Google Play. The company is betting high on the Honor 9X, and it believes that the new one will repeat the Honor 8X success as over 15 million 8X units were sold worldwide. Also Read - Honor Band 5i to get SpO2 blood oxygen tracking update next month

While every other brand is inching towards “affordable” price points, the competition has become much intense, and OEMs are relentless in the pursuit of taking over Xiaomi’s market share. With the Honor 9X, the company is taking the fight straight to top tier phones like the Redmi Note 8 Pro, Samsung Galaxy M30s and Realme 5 Pro. One unique feature that gives Honor 9X an edge over these best-performing phones is that it offers a pop-up camera. Also Read - Honor View 20 gets Magic UI 3.0 update with December security patch

It is the cheapest phone in the market to feature a motorized camera in order to give consumers a full canvas to play videos. The 9X is priced at Rs 13,999 in India. Realme X also features a pop-up selfie camera, but it will cost you Rs 3,000 more. Perhaps the biggest question on your mind right now is whether the Honor 9X is the best all-rounder phone under the Rs 15,000 price segment? Read our Honor 9X review to find out. Also Read - Honor 10, Honor View 10 Android 10-based EMUI 10 update rolling out The first thing you will notice is a fully uninterrupted display and a big screen with punchy colors. One of the eye-catching aspects of the phone is also its curved rear panel as it features a criss-cross pattern of lines that appear to form an X when light hits it. You will witness the same in the Saphire Blue color, and this is for those who want a flashy look. There is also a Black color option for a subtle or classy look.

While the Honor 8X features glossy dual-textured glass rear, the new one offers a plastic body with a high-gloss finish. The device is easy to hold thanks to its narrow design, although it could be difficult to use with one hand. The glossy rear panel also attracts fingerprints and smudges easily. The fact that the Honor 9X comes with a pop-up selfie camera at a low price point gives it a brownie point. Though, there are users who refuse to buy a phone with a pop-up camera as they fear the reliability of it. Unlike the Realme X, here the pop-up camera is located on the left side. Honor says it comes with water and dust protection. The company claims it has tested the mechanism, and that it auto-retracts the moment the handset detects a fall. But, we noticed that the camera is a tad slow at elevating. While you will not notice it when taking a selfie, but using the face-unlock option will be a bit annoying. Having said that, the 9X doesn’t offer support for face unlock, but you can use the rear fingerprint sensor, which works just fine. Similar to the latest Xiaomi Redmi phones, here too you get a modern USB Type-C port. The Honor 8X’s successor also offers a large 6.59-inch LCD display with Full HD+ resolution. The big display is sharp enough and is good enough for gaming and binge-watching. It is bright enough in harsh sunlight. Overall, you get a good punchy display, considering the price point.

The Honor 9X is powered by Huawei’s 12nm Kirin 710F chipset, which is a slight upgrade over the Kirin 710. This is quite disappointing as in China, the Honor 9X comes with a new and more powerful Kirin 810 SoC, which is based on the 7nm process. The 8X also features a Kirin 710 chip, so you can expect similar performance. The general performance of the phone is decent and average users will not be disappointed. Browsing social media, watching movies, clicking photographs, and messaging are all reasonably smooth. We didn’t witness much of an issue switching between apps. And yes, you can play popular heavy titles like PUBG or Call of Duty, but at middling settings. With a mid-range chip, don’t expect it to be buttery smooth.

The 9X doesn’t have quite as large a battery as Redmi Note 8 Pro or Samsung Galaxy M30, but battery life is good enough. The 4,000mAh battery lasted us more than a day with a bit of social networking, clicking photographs, and messaging. The moment you add hours of gaming to the list, you will get less than a day’s battery life. But the rear of the phone did get pretty warm even after just one match. Also, do note that there is no fast charging support, and the 10W charger took the Honor 9X from zero to 50 percent in about one hour and 10 minutes. It is offered in two RAM and one storage variant – 4GB/6GB RAM + 128GB storage. The Honor 9X ships with EMUI 9.1.0 on top of Android 9 Pie. An Android 10 update is expected to hit the 9X units, but the company has not announced any official timelines. As is the case with Honor phones, you get a few preloaded bloatware. One will find apps like Camera360, Helo, Booking.com, Opera News, which are totally unnecessary. But, Honor’s EMUI seems to have improved a lot. You also get gesture navigation, power-saving modes, and more.

The Honor 9X packs a triple rear camera setup, unlike the 8X. The setup includes a 48-megapixel main snapper, an 8-megapixel wide-angle camera, and a 2-megapixel depth sensor. The 16-megapixel selfie camera is housed inside the pop-up camera module. There is also a dedicated AI mode, just like 8X, but we do not recommend using the AI mode unless needed. The AI mode captures images that tend to oversaturate the colors, and one will also notice that a few details are missing. 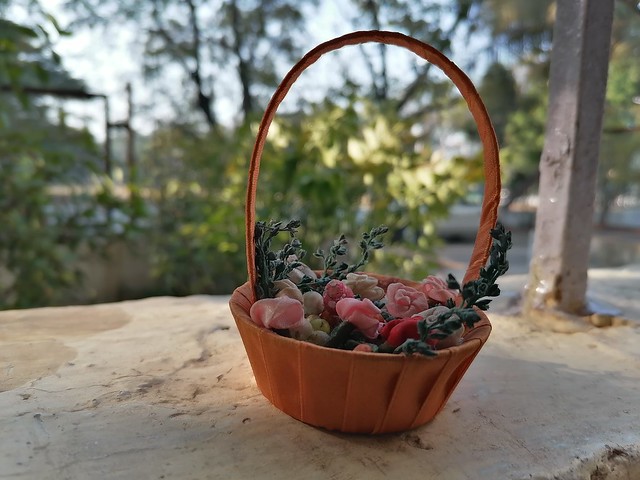 In daylight, you can get some good enough images with sufficient details, and when you zoom in you can even read distant building names clearly. The contrast and the dynamic range are above average. You will notice a lot of over-sharpening too. The company has also added a wide lens to let you capture more from the scene, but the quality isn’t up to the mark. The macro shots turned out well. The portrait mode makes the overall photo a tad sharper with a lot of post-processing and smoothening visible. There’s also a night mode, which helps capture much better low-light shots when compared with the regular photo mode. It essentially boosts the color metrics to the top and produces sharp images. Besides, the camera app also offers you features like moving pictures, and slo-mo, Time-Lapse, among others.

Honor 9X review verdict: Should you buy it?

The 9X is priced at Rs 13,999 in India. The Honor 9X is a safe bet for those looking for a cheap pop-up camera phone, and a big attractive and vibrant screen to binge-watch. It brings a full-screen notch-less display, a sufficient battery, and a decent overall performance to the table. Notably, the company is yet to confirm whether this phone will get the latest Android 10 OS update. Do note that the handset lacks fast charging support, and the competition offers you a bigger battery, better performance, much better quality in terms of photography, a similar 6.5-inch display with a tiny notch. Here we are talking about the Xiaomi Redmi Note 8 Pro. This phone also offers you a premium glass design, fast charging, and a 64-megapixel quality camera. For this device, you will have to pay Rs 1,000 more. One can also go for Samsung’s Galaxy M30s smartphone, which packs a 6,000mAh battery and is available at a tempting price of Rs 12,999.

Android 10 update: “HONOR is a global technology brand, robust about its commitment to bring innovative technologies and latest updates through its devices in India. With the latest HONOR 9X, the company has taken a leap in the smartphone industry by offering world-class technology in an affordable price range. The brand’s first pop-up selfie camera smartphone, HONOR 9X, runs on EMUI 9.1.0 and is based on Android 9 (Pie). The smartphone is upgradable to future versions of Android and is expected to receive Android 10 update very soon.”