Currently, the Infinix Hot 9 Pro smartphone is one of the good options under Rs 10,000.

In March this year, Infinix launched its latest S5 Pro smartphone with a pop-up camera in India. After two months, the company is back with a new offering. This doesn’t come as a surprise as brands are launching new phones in about every two months. This has become a trend, which was first started by Xiaomi and then followed by Realme. By offering devices with almost similar specifications at multiple price points, OEMs have stirred up confusion for many budget-phone buyers in the country. Also Read - Realme Narzo 10A Review: Great battery backup and good gaming performance on budget

Similarly, Infinix today launched the new Hot 9 and Hot 9 Pro devices that offer the same specifications with only difference in the camera department. The standard one features a 13-megapixel main camera and the Pro has a 48-megapixel main camera. The latest Hot 9 series is the successor to Hot 8, which Infinix says was a big hit, and has the same expectations from Hot 9 series too. The new one still packs a MediaTek Helio P22 chipset and the brand has its own reasons to offer an entry-level chip, which we will talk about later. Apart from these, the Hot 9 series has a lot to offer. Read on to find out whether the new Infinix phones are worth your money. Also Read - Realme Narzo 10 vs Realme Narzo 10A: What's different?

The company has changed the design of its phone, and moved on from waterdrop-notch and pill-shaped rear camera module. Though the setup still comes with a vertical camera arrangement, and the sensors are enclosed in a rectangular-shaped module with the flash placed on the right side. Speaking of which, the Pro version has four LEDs and the standard one features three LEDs. There is no other difference between the two phones in terms of design, and the Pro version looks like a carbon copy of Infinix Hot 9. When seen from the front or back, it would be difficult to tell any of these phones apart. But, we noticed that the Hot 9’s camera system is almost flush with the body and the Pro version’s camera bump is slightly raised. Also Read - Infinix S5 Pro Review: Pop up camera experience under Rs 10,000 The fingerprint sensor on both the devices sit closer to the camera module and is not within easy reach. You will mostly miss the first time and will have to check the position of the sensor, and then unlock it, which might be a bit annoying. Like the Infinix Hot 8, the Hot 9 series is also made of plastic and has a good build quality at its price point. We liked the new back panel design, but the Violet color is too bold and not our type. It even comes in the Ocean Waves color option, which looks similar to other blue-colored Infinix phones. The company should now seriously start offering the handsets in different colors other than just violet or blue. Lately, a lot of OEMs are opting for punch-hole display design, and the Infinix Hot 9 series is no different. It is good to see a circular notch at a low-price point as we are now bored of seeing devices with a standard waterdrop notch. Infinix has also smartly placed a soft LED flash strip on the front, which not a lot of phones offer. But, the LED strip is not visible until the flash is turned on or when the phone is being charged. Note that it doesn’t act as a notification light.

The Hot 9 series has a slightly bigger display than its predecessor. It measures 6.6 inches diagonally and has a 20:9 aspect ratio. The panel supports HD+ resolution and is very vibrant too. It even seems to have good contrast and users will be happy to watch videos or binge-watch on a tall screen. Speaking of which, we found it a bit hard to reach the top of the screen when using it with one hand. Under the harsh sunlight, the screen is viewable too. The panel is quite bright, but the phone doesn’t always adjust the brightness as per the scenario and we had to do it manually. The Infinix Hot 9 series is powered by an octa-core MediaTek Helio P22 SoC, just like its predecessor. It is important to note that this is not a phone for heavy gaming and is for basic needs only. The company says that they are offering a lot of other features while also giving a capable chipset to keep the cost of the phone low. Infinix mentioned that it is giving features like a 48-megapixel quad rear camera setup, a good contemporary design, a big 5,000mAh battery, latest software, more storage, DTS Surround sound, and front flash.

The brand also asserted that it didn’t want to focus on just processor, and instead provide an all-rounder experience. In our experience, as long as the phone performs basic tasks, you will not face any issue. This includes browsing, social networking, and other basic chores. The multitasking experience on this device was a bit sluggish, as was the case with Hot 8. But as long as not a lot of apps or basic gaming apps are running in the background, you should get a smooth experience. Users are not recommended to play heavy titles like PUBG Mobile on this handset. It is being offered in only 4GB RAM + 64GB storage option, which is quite rare in its segment. The latter is expandable by up to 256GB using a microSD card slot. They ship with the latest Android 10 OS out of the box. Unlike its predecessor, the Infinix Hot 9 series packs four cameras at the back. The Pro version features a 48-megapixel primary sensor and the standard one is equipped with a 13-megapixel main camera. This setup includes a 2-megapixel depth sensor, a 2-megapixel macro sensor, and a low-light sensor. The handsets house an 8-megapixel selfie camera, which is accompanied by an LED flash. The device’s camera app has basic camera modes like AI Cam, Video, Beauty, Bokeh, HDR, and others.

As for the camera performance, the Infinix Hot 9 Pro offers slightly better shots, which was expected. If you look at the below images closely, you find that the Pro delivers slightly better details and sharpness in daylight. The shots taken by Hot 9 Pro have more accurate colors and better shadows, and highlights. The standard version adds a bit of drama to the scene and details are a tad soft too. Autofocus on both the handset was mostly accurate. If you zoom in on a large screen, you might not be very pleased. But, the Hot 9 Pro at its price point captures good enough shots. We liked the house shot, where the camera has also captured an almost invisible man sitting and using his phone. You will be surprised to see him sitting somewhere near the house. We have embedded the links of all the camera samples below.

The Pro version didn’t oversaturate the colors, but the same is not the case with Hot 9. Unfortunately, the macro sensor that the company has added is of no use. It delivers poor shots, and you will get much better and clearer shots from the standard sensor. As mentioned above, here too, the Pro version offered a slightly better amount of detail and sharp edges. Colors did seem a bit washed out and Hot 9’s camera sometimes struggled with locking focus at close range. 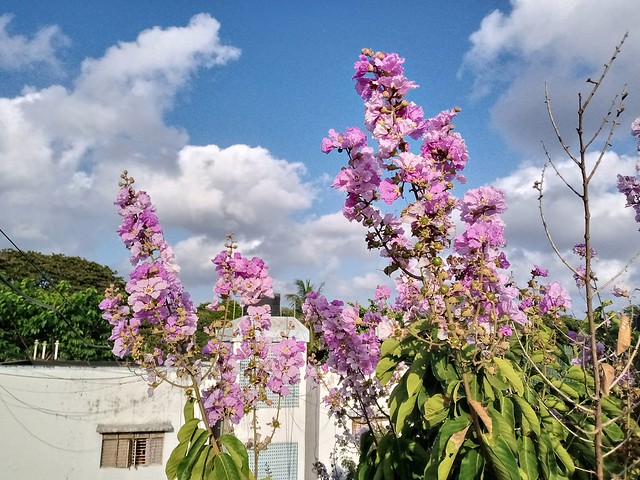 Both the phone’s camera fails to add even a decent level of bokeh, which is the case both in human and non-human subjects. The night shots are decent enough, and appears to be better than rival phones like Realme Narzo 10A. But, don’t expect that you will get a good detailed shot with a phone under Rs 10,000. I would recommend you to take night shots without HDR. We noticed that with the HDR mode, the camera offered photos with a lot of grain and soft details. The quad rear camera setup’s flashlight offers a much better view when taking shots of subjects that are close to you. The selfies that we took are good enough in daylight with close to accurate colors. But, the camera changes the colors of objects in the background. The device packs a massive 5,000mAh battery, which a lot of budget phones also offer these days. It offered us more than a day’s battery life with usage including social networking, texting, and binge-watching. We also took a couple of photographs and did very light gaming. But, you will get results depending on your usage. The Infinix Hot 9 series lacks support for fast charging tech and the provided charger takes a lot of time to top up the 5,000mAh battery from zero.

The Infinix Hot 9 and Hot 9 Pro phones have been launched in India with a price tag of Rs 8,499 and Rs 9,499 respectively. While both the handsets pack almost the same features, the Hot 9 Pro is a much better deal in terms of camera, which is the only differentiating factor. The Pro version offers a decent set of daylight cameras, a big battery, a vibrant display, and the latest software.

You will have to compromise in the performance part as you are getting other features at this price point. But, the general performance of the device is fine, and you will not face any issues as long as you stick to basics. Currently, the Infinix Hot 9 Pro is one of the good options under Rs 10,000, and it will go on sale on June 5 via Flipkart. Due to GST rate hike, the Redmi Note 8 is now available for more than Rs 10,000 in India. Alternatively, you can go for the Realme 5i phone, which is priced at Rs 9,999.