The Infinix Note 7 brings a good overall package to the Rs 10,000 to Rs 12,000 segment but fails to stand out amongst the competition. The Infinix Note 7 is the brand’s latest in the mid-range Note series. Skipping the 6th entry in the series, the Note 7 succeeds the Infinix Note 5. The new phone brings a much needed mid-range device in Infinix’s arsenal to compete with other phones that have begun offering better specifications at steep prices. These include larger displays, better chips, improved cameras, and more. Also Read - Infinix Hot 10 India launch officially set for October 4: Check expected specifications

The Infinix Note 7 does hit some of those checkmarks, but not all of them. So let’s breakdown the phone part by part to figure out whether or not you should buy the Infinix Note 7 at a price of Rs 11,499. Also Read - Infinix Note 7 launched in India with MediaTek Helio G70, 5,000mAh battery and more; check details

Let’s be honest, the design and build quality of mid-range devices is usually the first element to get the ax when a phone needs to invest the money in better specifications. We have seen phones with good specifications built with questionable quality before. Thankfully, the Infinix Note 7 is not one of the worst ones. We have a plastic body with plastic edges. While it doesn’t feel as premium and secure as a glass sandwich design with a metal chassis, this is the choice of materials you get at this price. The back does press inside a little near the center, but otherwise, the build quality here is pretty good. The sides and buttons are especially well made. Also Read - Infinix Smart 4 Plus Review: Budget phone meets marathon battery life Speaking of which, you have a power button with an embedded fingerprint scanner on the right side, along with the volume keys. On the left is just a SIM-tray. The top of the phone goes clean and on the bottom are the 3.5mm headphone port, the microphone, the micro-USB port, and the speaker grille. The front has a big screen with not-so-thin bezels and a top-left aligned punch-hole cutout. Also, the new flashy gem-cut design is something we really liked. However, it might not be as appealing to fans of minimal design.

The Infinix Note 7 features a large 6.95-inch IPS LCD screen that does justice to the ‘Note’ bit of the name. The HD+ screen offers a PPI of roughly 258 and has no high refresh rate support. Other specifications include 480 nits peak brightness and a claimed 91.5 percent screen-to-body ratio. The screen is a good one. The colors look great and so do the viewing angles, however, this is a large screen, even by modern standards. Despite the size of your palms you will mostly require two hands to comfortably operate this device. However, the large size of the screen also makes this a great phone for media consumption. There is also a punch-hole cutout that houses the front camera. The cutout is on the top left corner rather than being in the center, which is a much better implementation. This brings down the distraction of the cutout to a minimal. Overall, the phone is great in the display department.

The Infinix Note 7, like the other Infinix phones, features the XOS skin atop Android 10. This gives the phone essentially the same pros and cons. The pros include minute customization capabilities and features that can almost feel overwhelming at times. The cons include bloatware, ads, and notifications that feel like spam until you can find a way to disable them. However, being a more powerful device than Infinix’s budget phones, the phone can handle the heavy UI much better. The Note 7 runs on the MediaTek Helio G70. This currently is not the fastest processor in the price segment but is not too far behind either. It is coupled with 4GB RAM and 64GB storage. This translates to a performance that is good enough for the light to moderate user. However, the phone may take a hit with heavier apps and games. You can run 6-10 moderate to heavy apps at a time comfortably before the phone starts refreshing apps in the recent page. Compared to other phones in the segment, the Infinix Note 7 isn’t the best but isn’t too far behind either. So we’ll call it an average performer. To be clear, not having an ultra-wide lens is not the issue. But to boast of four cameras on the back, and then to not include something that is very well a standard feature in this price range now, is a disappointment. If you’re looking out for a phone with a more capable camera setup in the Rs 10,000 to Rs 15,000 segment, the lack of an ultra-wide sensor here might actually be a deal-breaker for you. The sensors that are present are pretty decent though. The main camera sensor takes some great pictures. Pictures look crisp and colors look punchy and vivid. Pictures look colorful without being very oversaturated. This gives them a pleasing feel without looking too unnatural. Coming to the macro lens, we see average results. These are on par with what we have seen from other 2-megapixel macro sensors in the segment. With ample lighting, you can get a good shot. Check out our samples below. 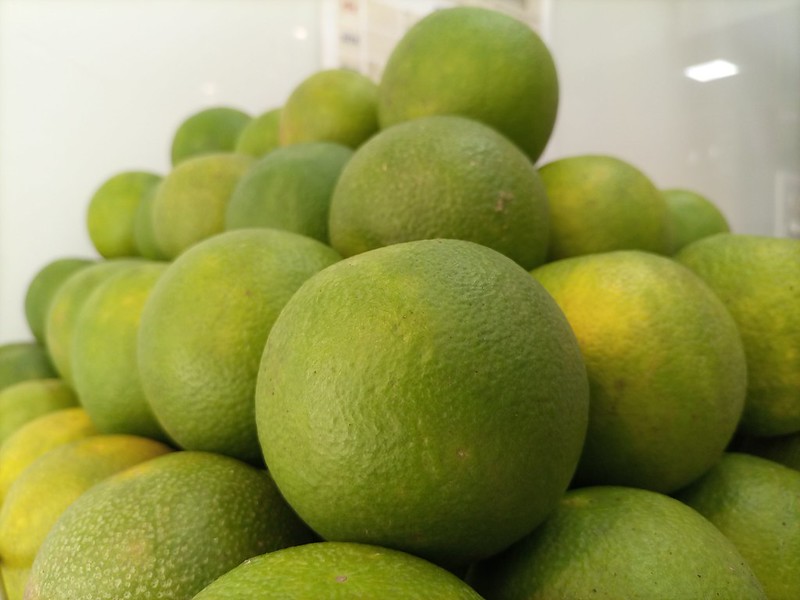 On the front, the camera performance is satisfactory and both details and colors are captured well. There are a bunch of beauty mode features too if you’re into that stuff. There is also an AR Shot feature that lets you add a bunch of real-time patriotic filters to your selfies and videos. Performance in low light was also as expected. You get passable pictures but the lower the light, the lesser the details and the more noise you get in pictures. The Infinix Note 7 comes with a 5,000mAh battery. This is still one of the largest capacities you can get in the segment and given the reasonable processing power the phone requires, a full charge can easily last you two days. However, the phone still lacks a USB Type-C port, which is something that phones in this segment have already started implementing. That being said, the 5,000mAh battery can charge at 18W, again, not the fastest, but better than a painfully slow and outdated 10W charge. Note that it will still take you a considerable amount of time to fully charge such a large battery at 18W. However, we would pick a slower charge speed with a bigger battery any day over a faster charging implementation with a smaller battery. The Infinix Note 7 is a good successor in the series from Infinix. However, the phone doesn’t particularly stand out in the price segment in any area. It comes with a decent combination of performance, camera, aesthetics, and battery life, yet it isn’t the best in any one of those in the Rs 10,000 to Rs 12,000 bracket. You can get phones just as good at lesser prices, or you can shell out a little more and get devices that feature more power, or faster charging, and so on. All things considered, this is a decent package, but it overshadowed by some competitors.