The Infinix S5 Lite offers a 6.6-inch display, a full day's battery life, and decent camera performance in favorable lighting conditions. Check out our review to know more about the smartphone. With Chinese smartphone brands offering a lot of value for money devices in the budget segment, customers are spoilt for options. Unlike before, these days budget phones are seen offering quad rear cameras, massive displays, large batteries, and Snapdragon 600 series processor at around Rs 10,000. Infinix is one of the Indian smartphone brands that recently launched S5 to shake up the status quo. Also Read - Infinix S5 Lite with triple rear cameras launched in India, priced at Rs 7,999

Now, the company has unveiled the Lite version of the Infinix S5. The two phones have almost identical specifications. The only difference between the two phones is the front and rear camera setup. The Infinix S5 Lite is priced at Rs 7,999. It is aimed at the millennials, and focuses on features like big display, punch-hole design, beefy battery life, and camera capabilities. Will these translate into good enough real-world performance? Find out in our Infinx S5 Lite review. Also Read - Infinix S5 Lite to launch today on Flipkart: Price, specifications and everything expected

In 2017, Apple popularized notches with the iPhone X, and since then we have seen Android phone makers adopting notched displays in a bid to eliminate bezels. Hole punches are the latest trend when it comes to smartphone displays, and are actually better than waterdrop notches. The Infinix S5 Lite is among the cheapest phones in the market to offer a hole-punch design. The small, circular cutout is less invasive, leaves more of the screen free for you to binge-watch. Also Read - Top smartphones to launch in India in November 2019: Infinix S5 Lite, Realme X2 Pro, Vivo U20, and more The smartphone comes with a whopping 6.6-inch screen, but the resolution is only HD+. The panel performs decently and reproduces good colors. While the massive display is good for binge-watching, one-handed usage is not very easy, and reaching the top edge of the display is quite hard. It has a 20:9 aspect ratio and over 90.5 percent screen-to-body ratio. The brightness levels on the Infinix S5 Lite’s display panel is adequate for outdoor sunlight conditions. But the handset lacks an ambient light sensor, meaning you will have to manually adjust the brightness of the display, which is a bit disappointing. The Infinix S5 Lite comes with a plastic body, similar to the Hot 8 and S5. The glossy back panel has a glittery finish. We got the Quetzal Cyan version, which looks quite decent. Infinix has added a triple-camera setup on the rear side, and the camera module also doesn’t protrude much. There is also a fingerprint scanner at the back, which is quick enough to unlock the device. But Infinix has placed the fingerprint sensor a bit too high, making it a bit hard to reach. Thankfully the power and volume buttons on the right are within easy reach, and the tactile feedback is also good. For security, the phone also supports face unlock, but the feature is quite inconsistent.

The device draws its power from an entry-level MediaTek Helio P22 chipset, which is also powering the recently launched Infinix Hot 8 and S5 phones. It can handle basic day-to-day tasks well. But the phone certainly isn’t buttery smooth. Heavier apps and games like PUBG Mobile take some time to load. While you can play PUBG on this phone, don’t expect a delightful gaming experience. The device also often restarts most of the apps minutes after jumping between apps. The Infinix S5 Lite comes in only one memory variant, packing in 4GB of RAM and 64GB of internal storage. Our review unit is running XOS 5.5 on top of Android 9 Pie with August Android security patch. The interface is mostly similar to what we have seen on other Infinix phones. With this device, you get a ton of preinstalled bloatware. There are also Palm Store and AHA Games apps, both of which are irrelevant. These apps send spammy notifications, and you can not even disable them. The company has also added a few games, which users can uninstall. Users will also find an “Instant apps” section that includes random online apps, which are again unnecessary. But Infinix has given an option to hide it. Apart from these, there is a Game mode that allows you to set a few things – Do Not Disturb, reject incoming calls, and more. It also features a smart panel that includes a collection of apps and tools that you might use frequently. Talking about the battery, the company has added a 4,000mAh unit inside the Infinix S5 Lite. The battery lasted us through a full day of light usage. This involved taking a few camera samples, social networking, messaging, and light casual gaming. There is no fast charging support. The bundled charger takes two and a half hours to fully top up the battery. Also, there is no USB-type C, and you get a micro USB port.

Unlike the S5, the Infinix S5 Lite comes with a triple rear camera setup. It doesn’t have an extra zoom or wide-angle lens. At the back, it features a 16-megapixel main sensor. There is also a 2-megapixel depth sensor for portrait shots. The company has added a low-light sensor as well, but hasn’t revealed its resolution.

Outdoor shots look decent with the company’s AI enhancements. You will get even better shots with the HDR mode. The images captured in daylight are sharp enough. A close examination of shots reveals a lack of details. We liked the fact that it doesn’t oversaturate the colors, and delivers almost natural-looking results. The HDR mode balances the exposure of light and dark areas decently. Close-up shots are good enough in ideal lighting conditions. 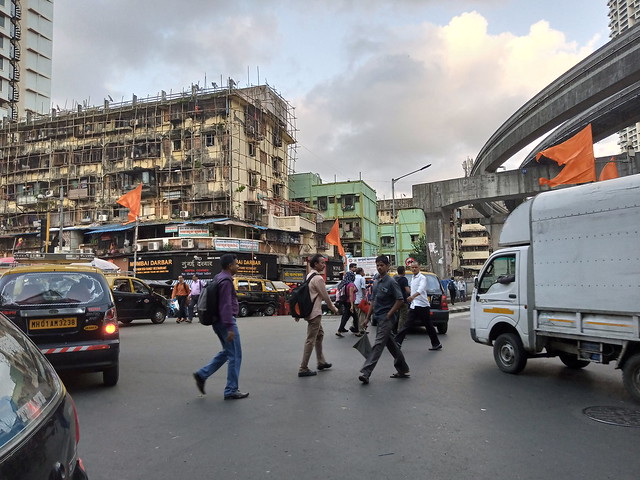 Portraits shots are not that great as subject detection and the background blur leave a lot to be desired. You will get better output on smartphones like the Redmi 8. Xiaomi’s software is much better than many of its rivals when it also comes to processing background depth information. We also saw a significant drop in quality in low light, which is quite expected from a low-budget phone. As for selfies, it is better if you avoid the beauty mode as it completely smoothens out the skin, brightens it up and makes it look worse. Even with the Beauty mode turned off, the front camera doesn’t capture a lot of detail, but you get usable shots.

Infinix S5 Lite Review verdict: Should you buy it?

The Infinix S5 Lite is a decent smartphone. You get a big 6.6-inch display, a full day’s battery life, and acceptable camera performance in favorable lighting conditions. Performance seekers should look elsewhere. For Rs 7,999, you also get 4GB RAM and 64GB storage, which is more than enough. A few things to note here is that the phone lacks fast charging, USB Type-C, ambient sensor, and splash-proof rating. If you are fine with these, then you can buy Infinix’s latest phone.

For the same price, you can also go for Redmi 8, which offers a slightly better camera and a larger battery with support for fast charging. You will get the same level of general performance as on the Infinix S5 Lite. If you can spend a little more, then Xiaomi’s Redmi Note 8 and the Realme 5 come across as solid options for users looking to buy a new mobile phone for Rs 10,000.