The Infinix Smart 4 Plus comes with a few great features for the price, including a huge 6,000mAh battery. However, does it make for a good phone for under Rs 8,000? Read on to find out. Since the beginning of time, budget smartphones have been in a shell of restrictions. We all have seen phones priced in 4 digits to be, well, limited in most aspects. However, skip to 2020 and those dynamics have changed quite a bit. With cut-throat competition and customers who are more aware than ever, modern budget phones don’t hold back anymore. The latest smartphone in for testing Infinix Smart 4 Plus for a few weeks now is a prime example of all these improvements. Also Read - Realme C12 Review: A welcome refresh

The latest device in the ‘Smart’ series from the brand comes in at Rs 7,999 and brings in many features you’d expect at this price. Well, all except the monstrous 6,000mAh battery, which also happens to be the USP of the smartphone. Other specifications here include a MediaTek Helio A25, 3GB RAM, 32GB storage, a 13-megapixel main camera, and Android 10. Here is my review for the Infinix Smart 4 Plus. Also Read - Infinix Snokor iRocker Earbuds Review: Decent value-for-money TWS earbuds at Rs 1,499

The Infinix Smart 4 Plus is a big device. Smart 4 Plus has borderline phablet dimensions thanks to the massive 6.82-inch display. This is not a phone for everyone when it comes to size. However, if big phones are your thing and you want to enjoy the benefits of a larger than life screen, the Smart 4 Plus appears to be the best in the segment. Also Read - Infinix Hot 9 Pro, Hot 9 review: Hot or not?

Talking about the design, we get a glass panel on the front and plastic on the back with a metal frame. This makes the device feel durable and sturdy, which is a must for a device this big. The plastic back feels as good and sturdy as a plastic back can, thanks to no creaking and bending. Beyond the material on the device, the color asymmetric patterns on our green review variant also look great. There is a rounded-square fingerprint sensor on the back with an offset triple camera module. On the front, in addition to the large screen, we also get a waterdrop notch. On the left is the SIM tray and the power button and volume rocker buttons are on the right. The bottom of the device features a single mic, a micro USB port, and the 3.5mm headphone port.

While inspecting the design, I realized that something was missing and soon realized there is no dedicated speaker grille at the bottom. The company has clubbed the speaker grille along with the earpiece up top. More on that later. Concluding the design and build quality, we can surely say this phone feels solid to the core. It doesn’t look bad either, making it one of the few devices we’d carry without a case. There is a bundled case though if you insist. The Infinix Smart 4 Plus features a 6.82-inch HD+ display with a tall 20.5:9 aspect ratio and 90.3 percent screen-to-body ratio. Infinix offers a 1640×720 pixel resolution on the panel with low PPI, but it is still crisp enough to suit your budget needs. You can still enjoy content like videos and games on the large screen. Coming to the quality, we’re glad Infinix has put in use a really good IPS panel here. The panel also features 2.5D curved glass on the edges, which is just icing on the cake at this price.

The display is slightly on the reflective side, however, elements like viewing angles, color reproduction appear to be great considering the price. The peak brightness of 450 nits is just enough to make text readable outdoors, but you will struggle a little under direct sunlight.

The phone comes with Android 10-based XOS 6.2 skin and we have mixed feelings about it. While the skin is highly customizable, it also takes a heavy toll on the phone hardware at times. It is feature-packed to the brim and beyond, but then it also comes with a lot of bloatware. We connected the phone to a network for the first time and were immediately spammed with everything from browser notifications to what seemed like straight-up ads from system apps. When it’s not throwing in the occasional stutters, XOS runs fairly well here. There are useful features hidden throughout the interface from the call UI to the camera interface and general settings. It doesn’t make for the cleanest interface though and stock-like experience hunters should look elsewhere. However, this is something you will find with most phones at this price. Plus, the issues we have with the software on the phone are not enough to overshadow the hardware you get here.

The octa-core MediaTek Helio A25 isn’t the fastest chip out there but is great for day-to-day usage. You can still run a number of apps together without affecting the phone’s performance. XOS manages the 3GB RAM well here, but as we mentioned above, you will still see the rare stutters that will last for a second or two when its really bad. The low-end specs mean playing higher-end games on the phone isn’t a good idea but you can still enjoy casual games and even titles like PUBG Mobile Lite. The performance of elements like the fingerprint scanner on the back was also great. The scanner was fast and accurate, Face Unlock worked fine too.

Okay, so after using a bunch of mid-range devices for the past few months, 48 and 64-megapixel quad-camera sensors had practically become daily affairs. Naturally, I didn’t come to the Infinix Smart 4 Plus with exceedingly high expectations. However, the 13-megapixel triple camera sensor proved me wrong, very wrong. The Smart 4 Plus takes some great pictures, given appropriate lighting. Colors look vivid and punchy, giving a pleasing look. The dynamic range was also decent. Coming to Bokeh mode, we saw that portrait shots looked great with single subjects and blur levels were not too unrealistic. However, when more than one subject was introduced in the shots, edge detection would at times go haywire. The low light performance was again, average at best, which is what we’d expect from cameras at this price. Check out our samples below. 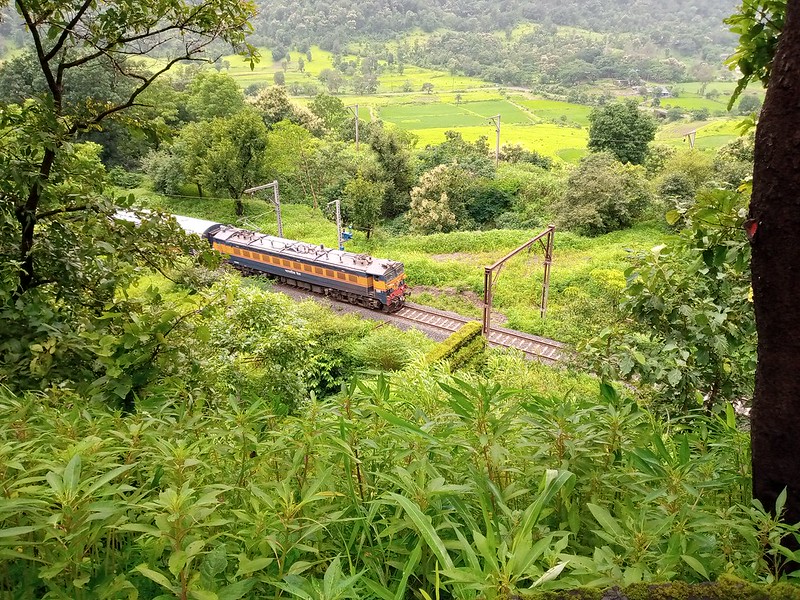 Yes, you don’t get the quad-camera tag, a high megapixel count, or a fancy ultrawide lens, but Smart 4 Plus leverages the sensors it has very well and provides an optimized experience that is consistent and reliable.

The USP of the phone is the large battery life, and while I have already mentioned the monstrous size, here are some real-world stats. In my first entire week of using the smart 4 plus lightly, I had to charge it just once. This kind of battery life could be attributed to a number of factors, the big battery, the not-so-heavy-on-power processor, and the lower resolution screen. Even on heavy use with a lot of music, YouTube, general surfing, and even some casual gaming thrown in, this can easily be a two-day phone for people, if not more. However, remember that the 6,000mAh battery charges via a slow 10W charger, so it might be painfully slow to go from 0-100 when you’re in a hurry.

All things said, let’s answer the most important question. Should you buy this phone? Well, yes. The Infinix Smart 4 Plus is a pretty average phone with a few standout features. Now these standout features, like the battery or the large screen, are impossible to find in this price range. Even if you strip the phone of these elements, you are not left with a bad phone; instead, what is left is still a capable device. For the price, the screen is good, the cameras are good, and the performance is decent. Nothing will leave you feeling lacking here. It’s not perfect. You still have very slow charging, older Bluetooth 4.2 connectivity, and bloated software experience. But despite the tradeoffs, the deal is good here in terms of hardware bang-for-buck. I feel the elements that shine in the Infinix Smart 4 Plus are what most users looking for a phone in this segment desire. This makes it a worthy competitor to phones in the segment like the Redmi 8A or the Realme C11.