iPhone 13 Review: Should you buy it?

iPhone 13 review: Should you buy the iPhone 13? Is it worth upgrading from iPhone 12 to iPhone 13? What’s good and what’s not so good about the new iPhone and more. Read the review to know everything about the iPhone 13 and whether it is worth the price or not. The iPhone 13, undoubtedly, has been one of the most awaited phones of the year, and Apple surely lives up to all the hype. From all-day battery life to stunning low-light camera performance, the iPhone 13 offers a lot more at a similar price point as the predecessor. Also Read - Rajnikanth to launch daughter Soundarya's voice-based social media app 'Hoote'

We do not get a 64GB storage model anymore, which makes complete sense. One surely doesn’t want to buy extra storage after paying such a hefty price tag. Right? Also Read - Beware! this Squid game app can play off with your data

iPhone 13 starts with 128GB storage, which comes at the same price as the iPhone 12 128GB model. Additionally, Apple is offering a Rs 6000 flat discount on purchases with an HDFC credit card (for a limited period). The bank offer makes the deal even more tempting. The iPhone 13 starts at Rs 79,900 and with the HDFC offer you get the phone at a much lower price of Rs 73,900.

Now the questions which arise here are – should you buy the iPhone 13? Is it worth upgrading from iPhone 12 to iPhone 13? What’s good and what’s not so good about the new iPhone and more. Read the review to know everything about the iPhone 13 and whether it is worth the price or not. Apple hasn’t changed much as far as the design is concerned. Two prominent changes that the iPhone 13 brings are – smaller notch and diagonally placed camera sensors on the back module. The device comes in five colour options — (PRODUCT) RED, starlight, midnight, blue, and pink. The one featured in the review is the pink option and is one of my personal favorites.

The redesigned back camera module looks better than what we get in the iPhone 12. The lenses are placed diagonally, which provides an ample amount of space for LED flash to fit in. Compared to the iPhone 12, the 13’s camera module design looks less cluttered. Right in the middle of the back panel sits the Apple logo in silver.

The front design of the iPhone 13 surely got many excited since the notch gets cut significantly. This increases the screen size. While it is good to see Apple cut down that wide notch, I would have personally liked a notch-less iPhone since Android phones have come far ahead in the race. It has been long rumoured that the Cupertino tech giant is working on a notch-less iPhone. Possibly, Apple wants to get the notch-less design perfect before the official release, and hence the delay. Maybe we can expect the iPhone 14 – expected to be announced next year – to finally be the iPhone without a notch. Let’s talk about the iPhone 13 till then.

The build quality of the iPhone 13 is absolutely “Apple” level. It is extremely comfortable to use the phone with one hand. I personally liked the size of the vanilla model when compared to the Pros. Probably, if you have small hands like mine, you might prefer this one over the rest.

What grabbed my attention, even more, is how lightweight the iPhone 13 feels. Despite packing a bigger battery, the iPhone model feels extremely light in the hands. I compared the iPhone 13 and the iPhone 12 side-by-side and the new model also felt better balanced.

The iPhone 13 offers a stunning screen/viewing experience. The specifications are at par with the predecessor. The only difference in the new model is the smaller notch. The cut-down notch surely improves the overall multimedia as well as a gaming experience. At no time does the notch interferes with the viewing experience.

The screen of the iPhone 13 gets adequately bright in all lighting conditions. In indoors, a brightness level of around 50 percent works fine for me. While indoors, 100 percent brightness level looked perfect for me. The viewing angle also looks quite good. The iPhone 13 offers a good touch experience as well. Switching between apps or from one screen to another is extremely smooth and seamless. It includes faceID support, which also works quite well most of the time. However, post iOS 15.0.1 update, the FaceID didn’t detect my face in some instances and I had to reset it a few times. Probably, the issue will be fixed in the next iOS update.

iPhones never go wrong in this department. The iPhone 13 is powered by Apple’s latest A15 Bionic chipset paired with up to 512GB. This one comes in three variants including – 128GB, 256GB, and 512GB. There’s no 64GB storage model this time, for good.

I have been using the iPhone 13 as my primary device and at no point didn’t the phone lag. However, post the iOS 15 update, few apps crashed, and the screen froze. I believe Apple will fix these issues with the next iOS update.

Whether it is switching between apps, attending video calls, sending, or receiving emails, browsing social media platforms or the internet, the iPhone 13 was able to handle all of it with ease. I have always had one complaint with Apple, and that’s about the battery life. The Cupertino tech giant has fixed the issue with the iPhone 13.

I used the iPhone 13 all through the day for nearly 10 days for making voice and video calls, sending emails, chatting on WhatsApp, browsing social media, clicking lots of photos, and much more. The iPhone lasted me nearly 1.5 days in a single charge. In fact, even when I watched a three-hour-long movie, the iPhone 13 lasted for one full day easily with an average screen time of 8 hours 53 minutes. Photos clicked in the daylight show great details and colours. The iPhone 13 also gets the portrait shots just right. The background gets properly blurred out and the edges look sharp. If you like your photos to look natural, you are going to love the iPhone 13 camera performance. For the rest, there are several filters available as well.

I also liked the cinematic video feature but it didn’t have too many use cases as such, at least in my 10 days using the iPhone. Probably, the feature could be of great use for cinematographers or bloggers out there. The videos mode blurs out the background and focuses on the subject. The result looks great with good details. The video option works pretty well in both low-light as well as day-light.

The front camera could have been better in my opinion. Selfies clicked in daylight as well as low light miss out on details most of the time. If your hands are as unstable as mine, you will end up with hazy selfies most of the time. 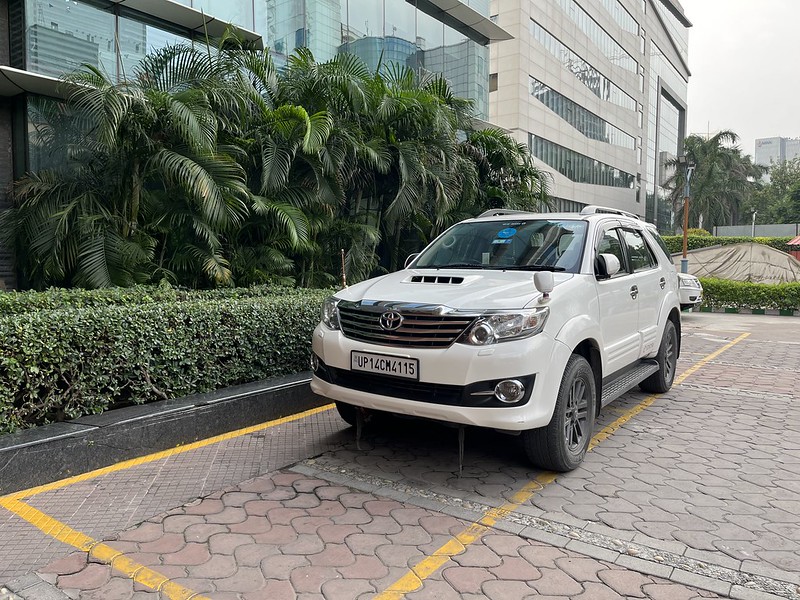 Overall, the iPhone 13’s camera performance is good in all situations, except for the front camera.

iPhone 13 is quite a sensible upgrade over the predecessor in almost all aspects including performance, display, cameras, battery, and more. Some of the best aspects of the iPhone 13 are – the camera performance and the battery. I also like how well-balanced the phone is. Despite packing a bigger battery, the iPhone 13 feels extremely light and comfortable to always use.

The camera performance has drastically improved when compared to the iPhone 12, especially the low-light performance. The front camera performance, however, could have been better in my opinion. As for the performance and the battery, the iPhone 13 shines, but the iOS 15 software feels buggy sometimes. Post upgrading to iOS 15, apps crashed sometimes, and the screen froze. I believe these issues will be fixed in the next software version. But if you are a power user and looking to buy an iPhone that offers a long-lasting battery life, the iPhone 13 is the best option available right now. The iPhone also offers an enhanced camera performance when compared to the iPhone 12. Now the choice is yours!