The iQOO 3 5G top model closely competes with the recently launched Realme X50 Pro 5G. Both new devices fall in a segment long dominated by the likes of OnePlus. So can the newcomer make its mark in the hotly contested Indian market? Check out our iQOO 3 review. Chinese smartphone maker iQOO today made its official debut in India with the launch of the iQOO 3 5G. It originally started out as Vivo’s sub-brand in China, but now operates independently. As per the company, the name, iQOO, stands for “I Quest On and On”. As far as the smartphone is concerned, the company today launched three variants of the iQOO 3 in India. These include only one variant with 5G support, while the other two will come with 4G. Also Read - Realme X50 Pro 5G next sale in India on March 5: Offers, price, features

The base model with 4G costs Rs 36,990, and comes with 8GB RAM and 128GB internal storage. The mid-variant, which is also 4G, costs Rs 39,990. This too packs an 8GB of RAM, but with the 256GB of internal storage. Lastly the top model, which is a 5G smartphone, costs Rs 44,990. It offers a 12GB of RAM and 256GB internal storage. The new smartphone is set to go on sale starting March 4. But before you think of purchasing this phone, check out our iQOO 3 review to see whether its worth your hard-earned money or not. Also Read - Realme X50 Pro 5G first impressions: 5G-ready phone hits India

The iQOO 3 is no doubt a good-looking smartphone with a punch-hole display and curved glass back. The handset feels quite compact when compared to other devices in this segment. Despite the 6.44-inch, it surprisingly fits well in your palms. Having said that, I do have one small complaint regarding the weight. At 215 grams, the device feels a tad heavy. When you slap on the back cover, it only adds to the overall weight. Also Read - Vivo IQOO Neo 855 Racing Edition लिक्विड कूलिंग और 4,500mAh बैटरी के साथ हुआ लॉन्च, जानें कीमत On the front, the phone carries a 6.44-inch FHD+ ‘E3 Super AMOLED’ display with a tiny punch-hole camera on the top-right corner. It is a 90Hz display panel, which can offer 180Hz ‘Super Touch Response’ for smooth gaming experience. Not just that, it also supports HDR 10+. It’s a nice and responsive touch panel. The phone’s brightness and contrast look great under all lighting conditions. I didn’t have any problem with it under direct sunlight as well. Under the hood is Qualcomm’s top-of-the-line Snapdragon 865 chipset. We’ve got the top model for review, which comes with 12GB of RAM and 256GB storage. The other variants are equally spec-heavy, but offer 4G connectivity instead. That said, there’s not much else you can ask for. But wait, there’s more. The RAM you get is the latest LPDDR 5 standard, and the storage is UFS 3.1. Without getting all technical about the performance, let me tell you one thing, this phone is crazy fast and you’ll not need to replace it for quite sometime. Such powerful hardware on smartphones may offer top-notch performance, but there’s also the concern of heat being generated in the process. Especially during gaming. To tackle this issue, iQOO has opted for what it calls ‘Carbon Fiber VC Liquid Cooling Technology’. While testing, I pushed the smartphone to its limits but there wasn’t anything to complain about. During long hours of playing PUBG Mobile, the phone didn’t heat up, and neither did the battery drain.

Speaking of gaming, the phone is designed to offer an unparalleled experience. Besides the powerful internals and software optimizations, iQOO has also added a few experiential features. These include ‘Monster Touch Buttons’ and ‘4D game vibrations’. These pressure sensitive capacitive touch buttons are placed on the right two edges of the phone. So when you hold the phone in landscape orientation for gaming, these can be used as air triggers. While, the phone’s hardware is impressive, I felt a tad disappointed with the overall software experience. The new smartphone runs iQOO UI, which is based on the latest Android 10 OS. It almost feels like the company just retouched Vivo FunTouch OS. Nearly everything from icons to menus appear the same. In my opinion, the software does come across as a weak point. The one saving grace is that iQOO didn’t opt for swipe up quick settings menu like FunTouch OS. Instead you get a standard swipe down layout. You get an option of adding the app drawer, and I liked the gestures variety that it offers for full-screen gestures. But that’s just my opinion. I don’t think most people will have much issue with the UI, unless they are familiar or prefer OxygenOS and stock Android OS.

Keeping up with the trend of multiple lenses, the iQOO 3 comes with a quad-camera setup at the back. Starting with appearance, and the camera module is better looking than what you see on rival devices. The quad-camera setup includes a 48-megapixel primary Sony IMX582 sensor. Accompanying it is a 13-megapixel telephoto lens with 20X digital zoom, 13-megapixel super wide-angle lens with 120 degree view, and a 2-megapixel macro camera. In my tests, I found the pictures taken outdoors in natural daylight had ample detailing and adequate sharpness. These shots retain good brightness levels with decent contrast levels and less saturation. Images shot indoors however are a tad on the softer side. While they maintain perfect center sharpness, the edges were soft and missing finer details. The 120 degree wide-angle and the HDR shots had similar image softening issue, but could retain colors very nicely without over saturation. Coming to low light shots, these look good enough for sharing on social media channels. Check out some of our camera samples below. 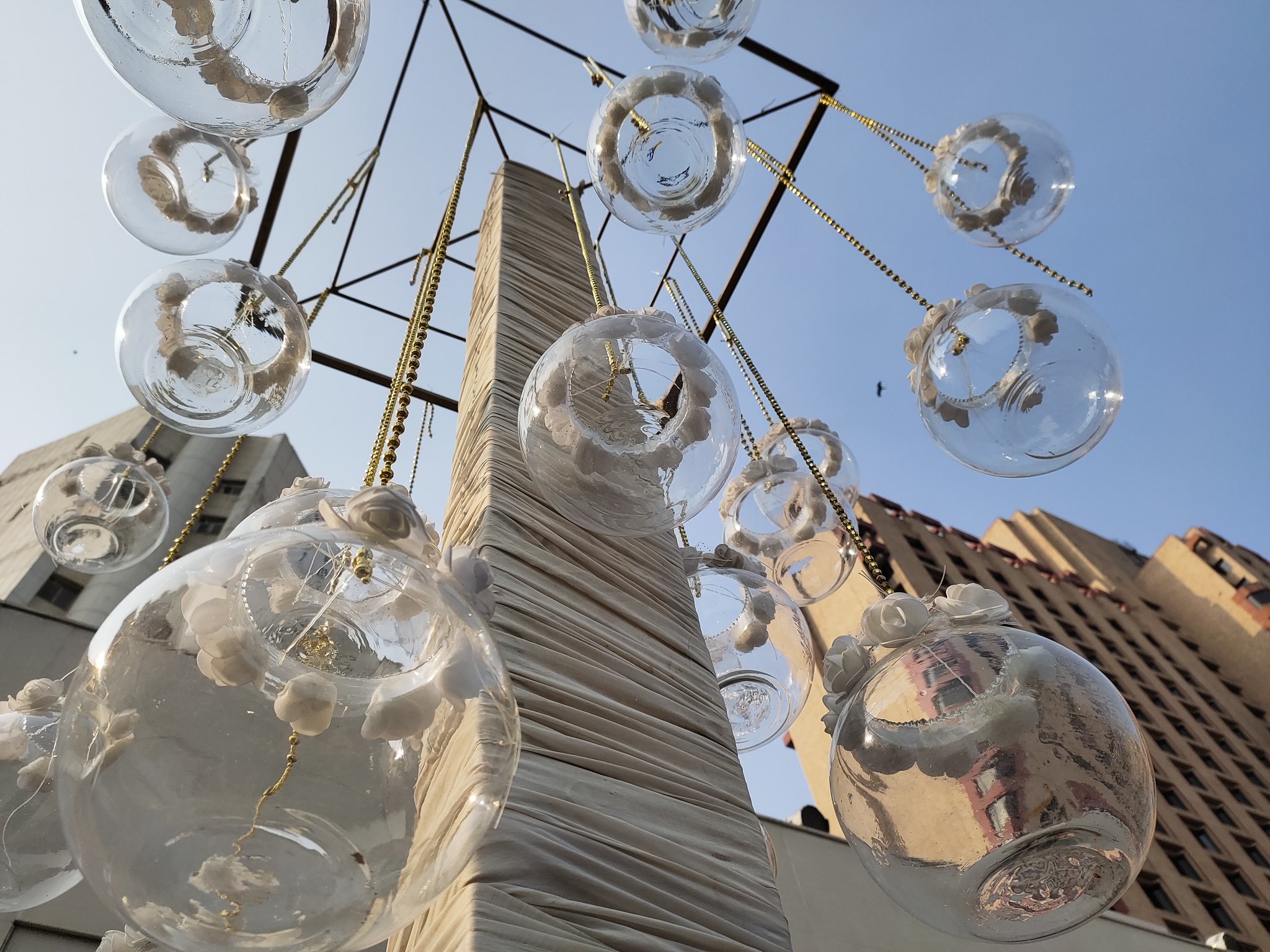 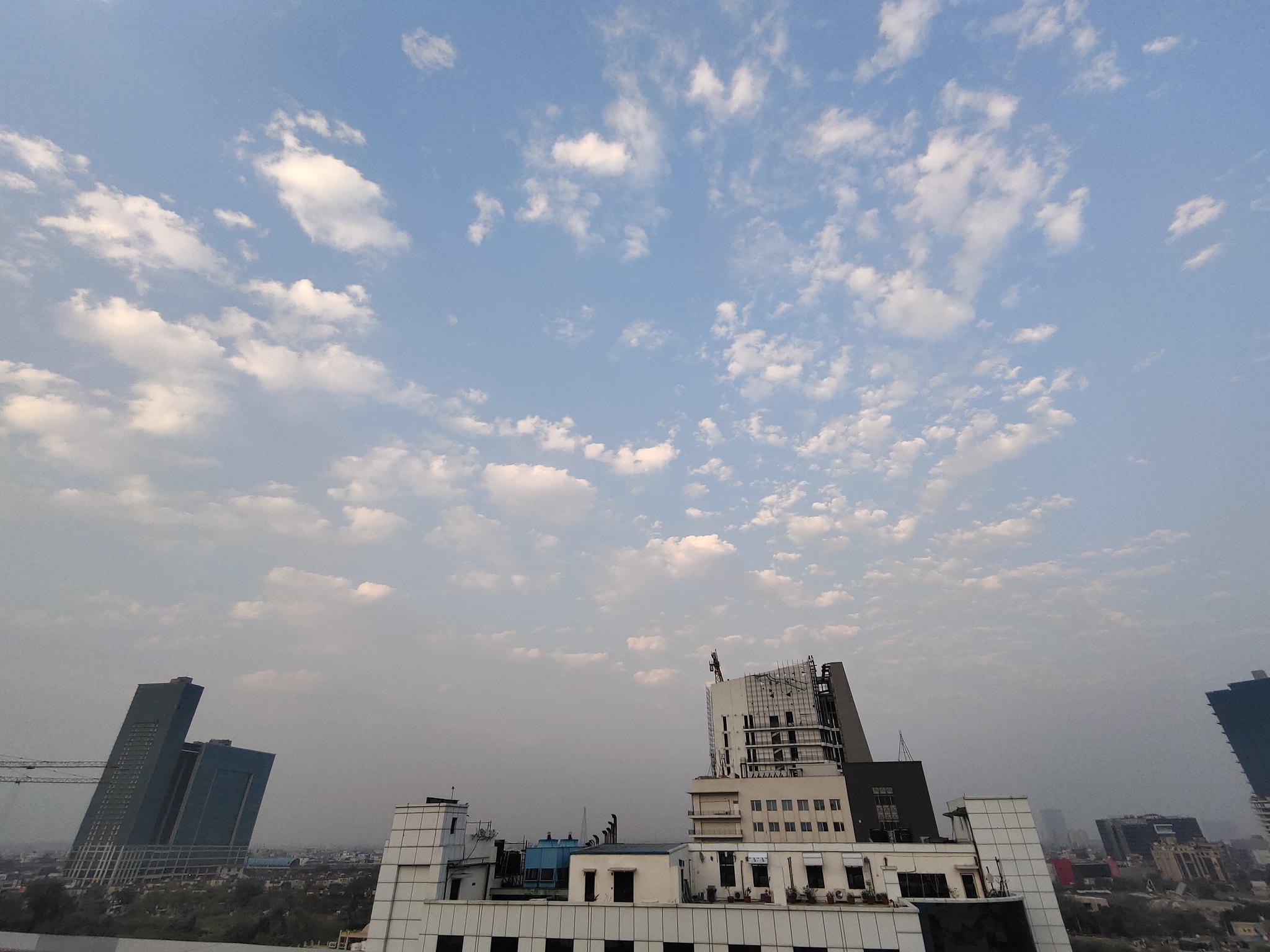 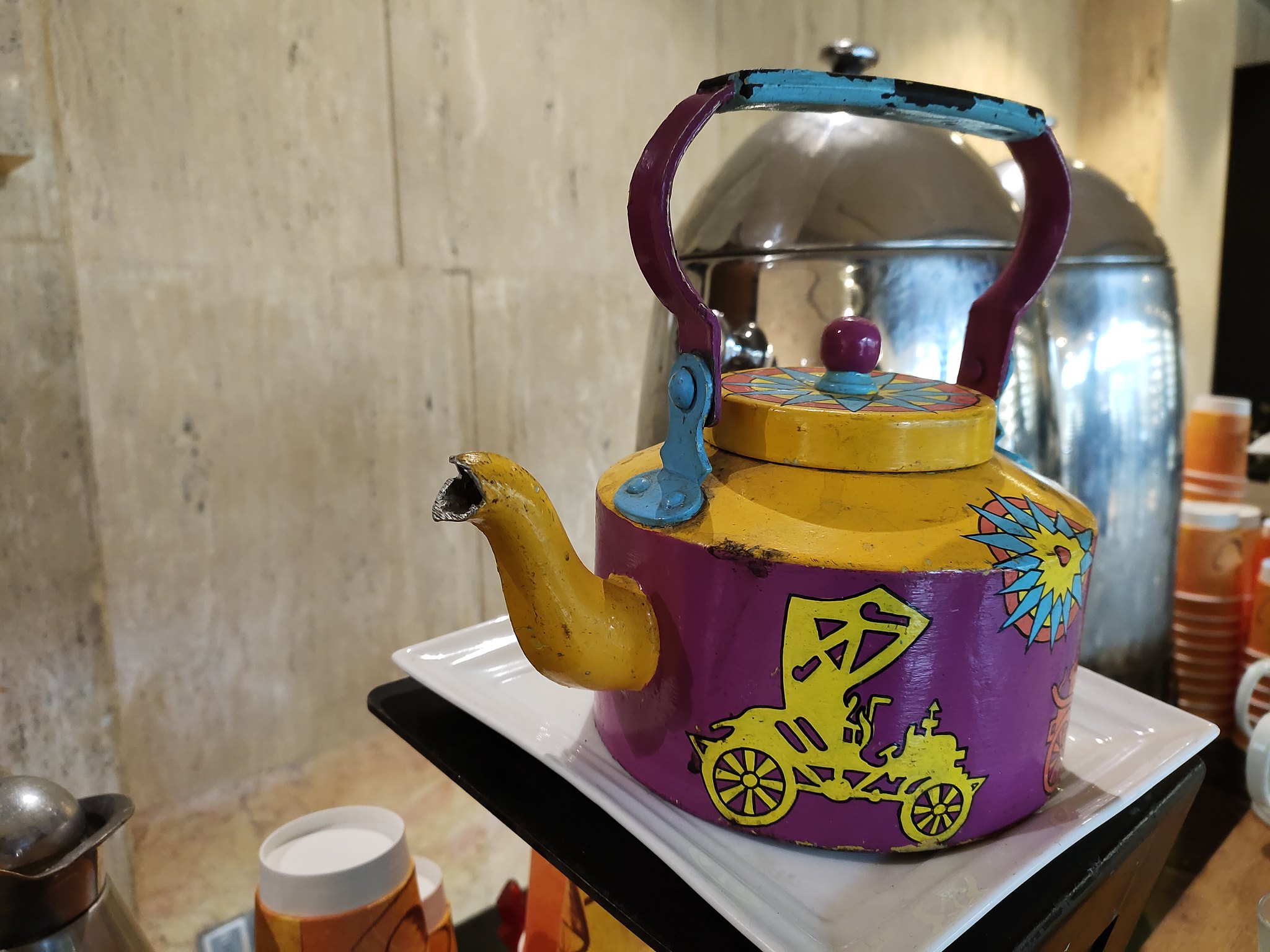 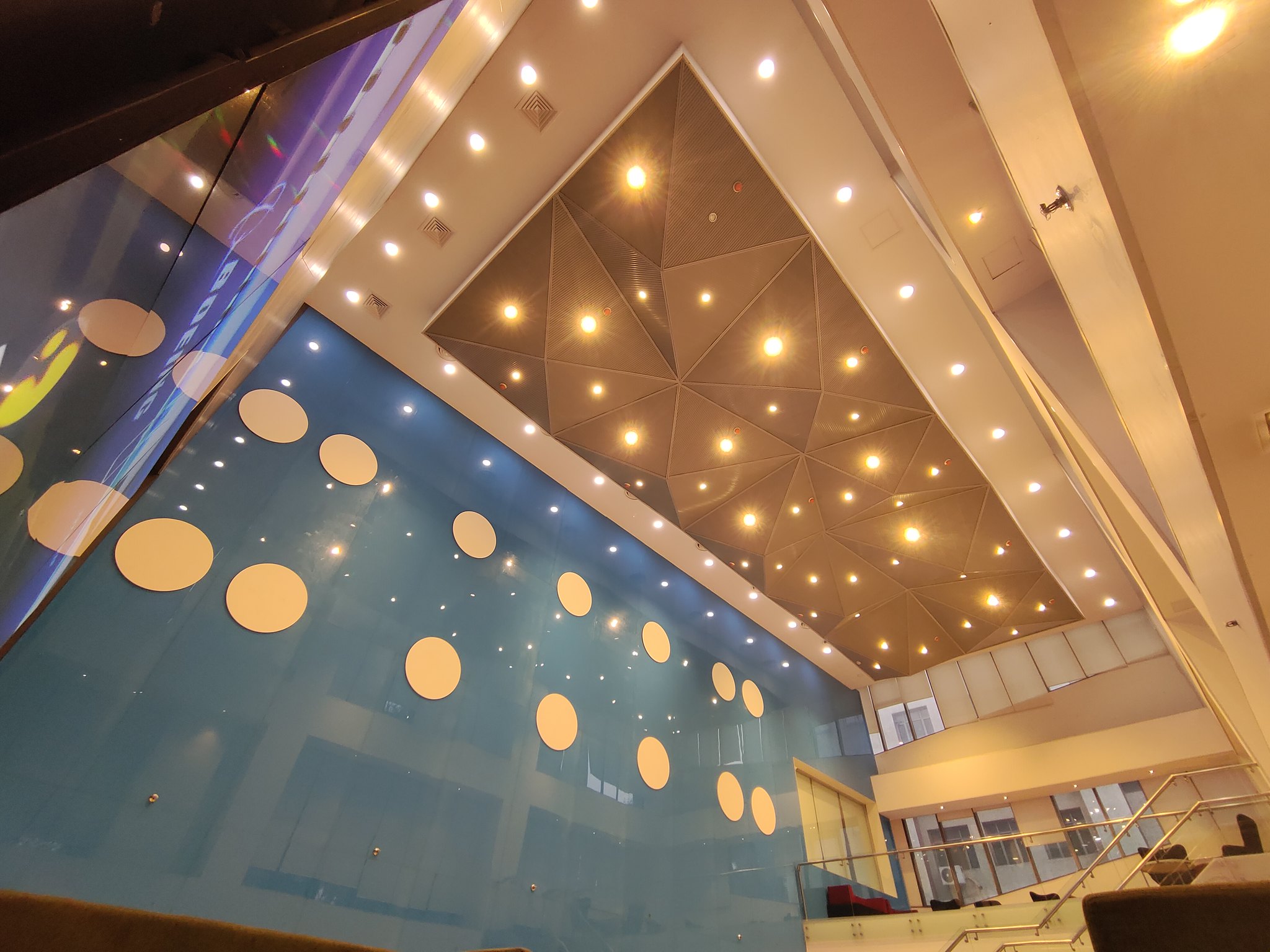 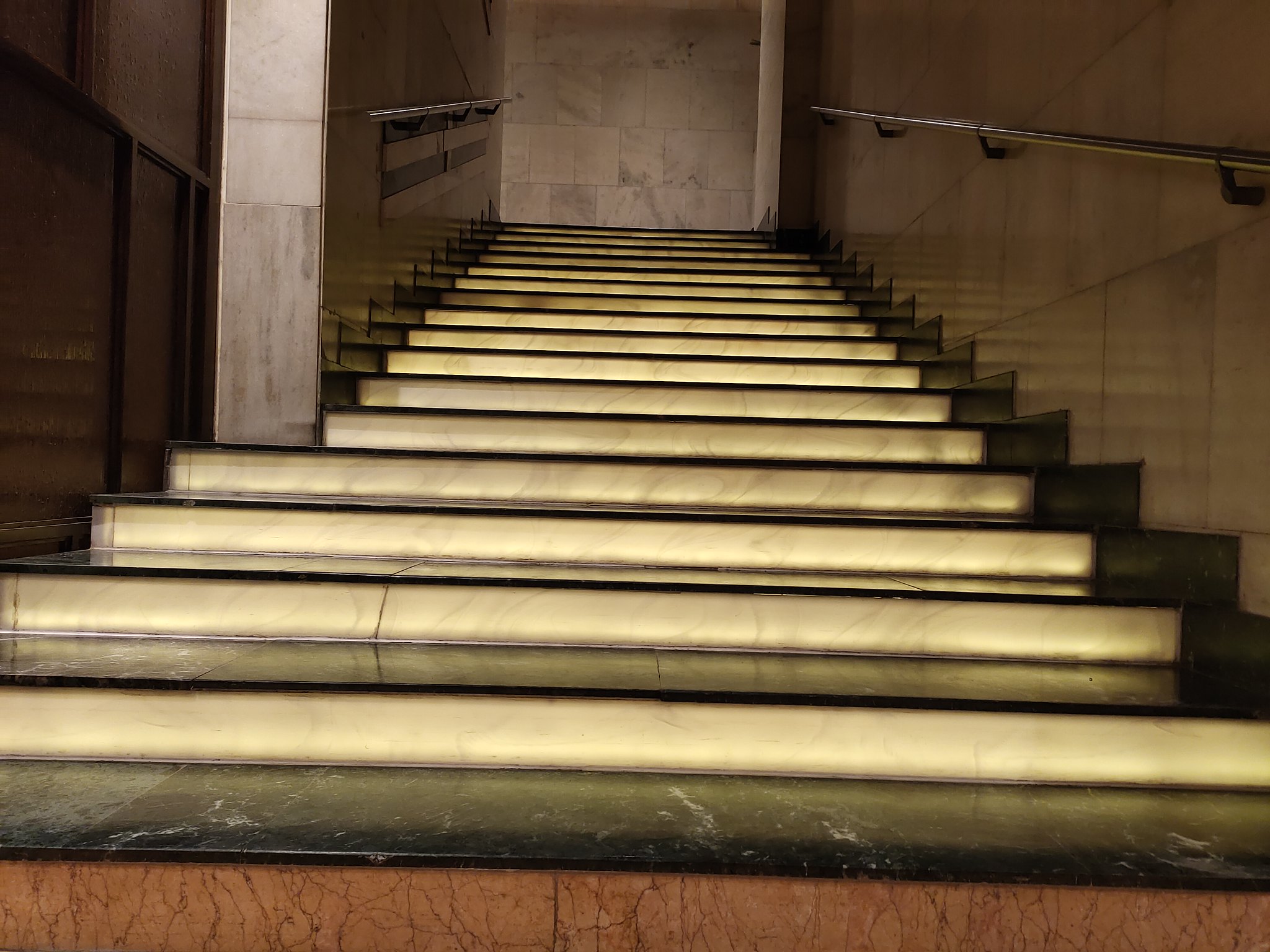 It is worth noting that the camera takes 12-megapixel shots by default, and not 48-megapixel. You can enable the ’48MP’ mode by swiping left to the ‘More’ section. Here you’ll also find the Panorama mode, Slo-Mo, Time-Lapse, Live Photo, AR Stickers, Jovi vision, Doc scanning option and Pro mode. The camera by default shoots in 1080p with auto frame rate of 25-30 fps, but you can select up to 4K 60 fps.

The iQOO 3 packs a second-gen in-display fingerprint sensor which is quick to unlock and responded almost every time during my usage. I feel, the face unlock is rather quick, something similar to what we see on OnePlus smartphones. I recently reviewed the Samsung Galaxy S10 Lite, and found the performance of these security features to be below par. But, that’s absolutely not the case with the new iQOO 3. Coming to the battery, the iQOO 3 packs a 4,440mAh battery. It may not be the biggest around, but it does come with support for 55W fast charging. It’s also great to see the brand bundling the fast charger and not ask users to spend more money. With the given charger, the battery can be charged to 50 percent in just 15 minutes. During my usage, I managed to get day-long battery life despite the small size.

iQOO 3 Review: Should you buy?

At Rs 44,990, the iQOO 3 (12GB variant) is a heavyweight challenger with future-ready 5G support. Even though there is no 5G in India, I would still recommend everyone buying a smartphone with 5G support in 2020. As far as the iQOO 3 is concerned, almost everything about this phone is right. Performance is top-notch, be it multitasking or playing graphic-intensive games. I don’t think consumers will have much to complain about. That said, you can also wait for our full review of the Realme X50 Pro, which also supports 5G and offers similar specifications. My only concern at present is about the brand value you get with iQOO. Since it is the first product, we will have to wait and see how it performs in this cut-throat Indian smartphone market. If your choice is solely dependent upon the product, then there is no reason to not consider iQOO 3 5G.