Micromax In 2b review: Best smartphone under Rs 10,000 right now?

Micromax In 2b launched in India a month ago to take on the likes of phones from Redmi, Realme and Samsung. We used the budget smartphone for two weeks and here’s what we think about it. Check if Micromax In 2b should be your choice under the price segment of Rs 10,000. Micromax re-entered the Indian smartphone market last year when the entire country was going against Chinese smartphone companies amid the India-China face off at the Galwan Valley. The Indian smartphone manufacturer grabbed this opportunity to introduce some new budget devices, namely the Micromax In Note 1, In 1, and In 1b. Micromax released the follow of the In 1b smartphone dubbed the Micromax In 2b last month, and surely with the aim to take on the likes of the Redmi 9, the Realme C21Y, Samsung Galaxy F02s, among others. Also Read - Top entry-level smartphones to go for in September 2021

I have been using the Micromax In 2b for over two weeks now. The phone looks quite appealing for the price it charges. The Micromax In 2b not just looks good but also offers a powerful set of specifications. One of the key highlights of this budget device is the clean and clutter-free user interface it offers. In fact, in my opinion, the Micromax In 2b is one of the best smartphones available under the price tag of Rs 10,000 if a clean user experience is what you are looking out for. Also Read - Top phones under Rs 10,000 in August 2021: Nokia C20 Plus, Infinix Smart 5A and more Micromax In 2b design and build

Most smartphones available under Rs 10,000 disappoint in the design department, but that’s surely not the case with the Micromax In 2b. The smartphone looks pretty good for the price is comes at. It is offered in three colour options including black, green and blue. The model featured in the review is the blue colour option.

In terms of design, the Micromax In 2b takes inspiration from the Redmi 9 Power, which launched in India earlier this year. The matte finish design on the rear panel is what makes the smartphone stand out from the crowd. The design of the Micromax in 2b looks clean and classy despite packing a plastic rear panel.

On the front, the smartphone includes a waterdrop notch and slim bezels on the sides including the chin. While on the rear panel, the Micromax in 2b consists of a dual rear camera system coupled with a circular fingerprint sensor, which is quite fast to unlock the phone. I mostly used the face unlock to unlock the screen in a blink of an eye. The Micromax in 2b is also a comfortable smartphone to use all through the day. The phone is very well balanced out and doesn’t feel very heavy in the hands even though it includes a massive 5000mAh battery inside.

Another good thing about the Micromax in 2b smartphone is the build quality. Despite packing an affordable price tag, it is good to see that the Indian smartphone manufacturer doesn’t compromise on the build. The Micromax in 2b offers a plastic rear panel as well as the frames, but that doesn’t make it feel flimsy or cheap at any point in time.

Micromax In 2b display

While the design and the build are some areas that the Micromax in 2b get it right, the display is where the phone lags. The smartphone comes packed with a 6.52-inch HD+ display, which gets pretty bright in indoor situations but not so much in outdoor scenarios.

Most phones at this price segment do not offer great display experience and I have the same to say about the Micromax In 2b as well. In indoors, a brightness level of 60-70 percent seemed adequate but in outdoor situations even 100 percent brightness didn’t seem quite good.

I used the Micromax In 2b to watch lot of videos and also played some basic games, while these ran without any lag but the viewing experience was not that great. The YouTube videos and visuals of Temple Run 2 seemed dull even at maximum brightness level. Micromax In 2b camera

In addition to the display, camera is another department where the Micromax In 2b could have been better in my opinion. In terms of specifications, the Micromax In 2b offers a dual 13-megapixel + 2-megapixel camera system on the rear panel while on the front it includes a 5-megapixel image sensor for selfies and video calls.

Photos clicked with the Micromax In 2b in good lighting condition looked decent but missed on details most of the time. In fact, in most situations, the colours also looked washed out. The Micromax In 2b also struggled to click good, detailed pictures in ultra-wide and portrait mode. You can check some camera samples shot with the smartphone below.

Bokeh shots clicked with this budget phone appeared to be hazy with blurred edges. I wish the photos the Micromax In 2b clicks offered more sharpness. In low light situation too, the Micromax In 2b struggled to click a decent shot. Most pictures captured in limited lighting turned out to be grainy and also missed on details. 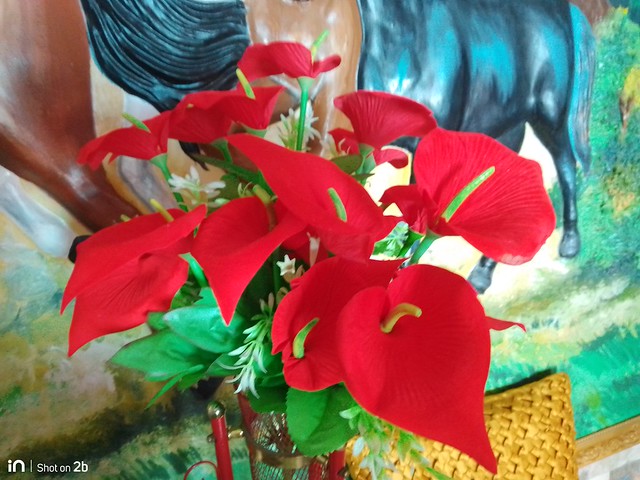 Another issue I faced with the Micromax In 2b is with focusing. The primary shooter takes quite some time to focus on the subject, so you surely will need to keep some patience to capture decent photos with this device. And if you are someone like me, who doesn’t have much patience, you will end up clicking blurred shots.

The Micromax In 2b also struggled to click decent selfies with the front shooter. So, if you are looking for a budget smartphone under the price tag of Rs 10,000 with good cameras, there are other options available in the market such as the Redmi 9 Power. Micromax In 2b performance and software

Interestingly, the Micromax In 2b is the first and the only smartphone to be powered by Unisoc T610 chipset. The budget smartphone comes in two variants including 6GB RAM + 64GB of internal storage and 4GB RAM + 64GB storage. I am using the top-end model of the In 2b and during my 2 weeks of using the phone, it ran smoothly in most instances, which makes it very impressive for the price it comes for.

I used the Micromax In 2b as my primary device, which means there was a lot of social media browsing, sending and receiving emails and messages, video and voice calling, and videos and movies watching involved. It is impressive that the Micromax In 2b was capable of handling all of these with breeze. At no point did I find the phone lagging and stuttering. However, the phone did warm up sometimes, but it also cooled down in few minutes, so, that shouldn’t worry you much. If you are like me who uses her phone for work purpose mainly and some personal video calling, social media browsing, reading and watching movies and web series, the Micromax In 2b will not disappoint, especially at the alluring price point that it comes at. But, if you are an avid gamer, any smartphone at this price point can be a deal breaker and so is the Micromax In 2b.

While the budget smartphone offers an impressive performance, what caught my attention is the clean software. The Micromax In 2b offers a stock Android experience, which is surely rare to find at this price point. The smartphone doesn’t come pre-installed with third party applications and just comes with some select Google apps, which I am sure you will not have issue to have them on your smartphone.

Overall, as per the performance and user experience is considered, the Micromax In 2b is one of the best you will get at this price point.

Micromax In 2b battery

One of the best things about the Micromax In 2b smartphone is the battery. The device comes packed with a 5000mAh battery with support for pretty slow 10W charger in the box. The smartphone was able to survive for nearly 2 days of such a heavy usage, which is superb to get at this price segment. While the battery lasts way to longer, what is disappointing is the slow charging support. The Micromax In 2b takes approximately 150 minutes to completely charge the phone with the in box charger.

Several other phones in the price segment such as the Redmi 9 Power, the Samsung Galaxy F02s, among others offer faster charging support in comparison. So, I would have liked if Micromax at least included a 15W fast charging support out-of-the-box.

Micromax In 2b review: Should you buy?

Should you buy this phone? Micromax In 2b is surely one of the best smartphones available under the price tag of Rs 10,000 in India right now. The smartphone offers a compact design and superb build quality when compared to the predecessor as well as the competition available at the price segment.

While the Micromax In 2b offers an impressive performance, clean and faster user experience, and a long-lasting battery life, there are some improvement areas as well. One of the few areas where I feel the Micromax In 2b could have been better is the display. The phone offers a dull multimedia experience and the viewing angles are also not up to the mark.

Another area that could have been better is the camera. The Micromax In 2b can barely lick a good, detailed photograph, be it in good lighting or in low-light situation. The selfies clicked with the budget phone also have the scope of improvement.

Overall, if you are looking for a smartphone that’s under Rs 10,000 and can handle basic day-to-day tasks well, the Micromax In 2b is one of the best options to consider right now. But, if you are a gaming enthusiast, a movie buff or a photographer, then there are better options available at the same price point, such as the Redmi 9 Prime or even the Samsung Galaxy F02s.