The Moto G9 gets all the basics right and then adds some with its user experience. It is not the spec sheet king like the Redmi and Realme phones but it does its job nicely. Another Motorola phone at Rs 10,999! This one has the best-in-class camera performance and despite having a weak Snapdragon 662 chip, the Moto G9 with its 5000mAh battery and a solid software experience is a reliable choice for budget smartphone seekers.

Back in the days when smartphones were still novelty, the Moto G was an easy-to recommend option. Rich features, sturdy and funky design, as well as a reasonable price, made the Moto G of that particular year a must-have for many. After the onslaught of Chinese brands, the Moto G went into oblivion and only recently, Motorola has started making efforts to bring it back on top. This year’s efforts start with the Moto G9 – a new budget smartphone in the usual “Moto style”. Also Read - Motorola Moto G9 to go on sale today: Price, specifications and all you need to know

Compared to the endless number of Redmi and Realme phones, the Moto G9 is trying something different. It does not have the ambitious specifications but it is trying to bring back the essence of the original Moto G we all loved. Its price of Rs 11,499 makes the Moto G9 as easy pick for many in this pandemic-struck world. In my two weeks with the Moto G9, I ended up liking it a lot over the alternatives. Also Read - 64MP कैमरे और 5,000mAh बैटरी वाले Motorola One Fusion+ की सेल आज

Style is a priority for Motorola

Pick up any Motorola phone from this decade and they are unmistakably among the most stylish phones from their period. The Moto G9 isn’t alien to that and in 2020, it surely is a phone I liked carrying without a case. The design resembles the Redmi Note 9 a lot, but some classic Motorola touches make it look more beautiful. Especially in the blue variant I had, the Moto G9 does draw attention. Also Read - Motorola Moto G9 now official in India: Top 5 features that make it worth a look The plastic build with the glass-resembling glossy finish is good. In fact, it feels better built than the more expensive One Fusion+. Sadly, the buttons on the side don’t feel comfortable to click. Moreover, the front of the phone looks dated with its thick bezels and the huge chin. In an age when Xiaomi offers a punch-hole display as standard on the Redmi Note 9, the Moto G9 looks obsolete. In fact, it looks like the Moto G7 from two years ago.

Nonetheless, the complaints I have can be brushed aside when you look at the price of Rs 11,499. That said, Motorola still needs to up its game in the design section.

The Moto G9 drew a fair amount of criticism for its 720p HD+ display. Surely, if Xiaomi can manage to stuff a Full HD+ display, there were no excuses for Motorola. I had this question too but after using the Moto G9 for quite some time, I think it’s not that big a deal.

Where the Moto G9 lacks in the pixel resolution, it makes up for it with the display quality. The display is bright and plenty colorful for all regular smartphone tasks. I enjoyed watching YouTube videos and browsing my social media feeds on the G9 without ever feeling the lack of performance in this regard. Viewing angles are wide as well. Motorola told me that the team had worked hard to make the text appear sharp despite the 720p panel. Whatever trickery have they done, it sure works. The overall viewing experience is better than the 1080p LCD display on the Moto G8 Plus from 2019. For all those worried about the 720p panel, I can assure you won’t bother about it once you start using it.

Motorola is proud to announce itself as the first brand to use the Snapdragon 662 chip in India. While it is good for the marketing department, it certainly ain’t enough for aspiring mobile gamers or “speedy” performance enthusiasts. The Snapdragon 662 is a tweaked version of the year older Snapdragon 665. The performance gains are slightly better and you get the newer Bluetooth 5.1 connectivity.

In my daily usage, the Moto G9 worked fine for most basic tasks. Whether it be texting on WhatsApp or scrolling through those endless emails, the phone held up well. That said, there were visible lags and freezes while opening a few apps as well as games. I give the Moto G9 a benefit of doubt as I had access to early units meant for reviewers. Hence, there could be issues with the software build that can be fixed with an update. Or, it could be the limited 4GB RAM showing its limitations. Barring the occasional lags, the Moto G9 managed everything I threw at it with ease. System animations are smooth and the UI’s behavior feels natural. I played countless matches of PUBG Mobile and in its lowest graphical settings, it returned playable frame rates. Casual games such as Temple Run 2 and Candy Crush worked just fine.

Despite the hardware limitations, the Moto G9 works fine and that’s helped by its near-stock build of Android 10. I say near-stock as Motorola lets you customize the UI with accent colors, fonts and icon shapes. Additionally, you also get the classic Moto features with enhancements. The Moto Peek display has got visual upgrades with modern fonts and a slightly colorful background. Except for Facebook, I found no third-party pre-loaded app on the phone. It was a relief to see a budget smartphone with no advertisements from its web browser for once.

One peculiar aspect I noticed was the presence of Facebook Services and Facebook Manager apps. You cannot remove these apps and similar to OnePlus phones, they update all Facebook apps on their own in the background. If you are concerned about privacy, this is something to keep in mind. Moving on, the Moto G9 has decent loudspeaker at the bottom. It is loud but the audio quality from it is average at best. You do get a 3.5mm headphone jack which with the right pair of wired headphones works well. I mostly connected it to my Bluetooth speaker and earphones and never did I notice any issues. Bluetooth connectivity was strong and reliable. Additionally, dual-band Wi-Fi is also a convenient touch for a budget smartphone. I also found the call quality loud and clear over Reliance Jio networks.

On the Moto G9, Motorola has retained the 48-megapixel camera from last year’s Moto G8 Plus. Combined with good image processing, the Moto G9 is easily one of the best phones in its price range to take still photos. In daylight, the photos from the phone look vivid with lots of details. The color balance is closer to what the eyes see but with just the right amount of enhancement.

As light levels drop, the Moto G9 starts struggling with the sharpness and details. It continues to keep the colors close to what you see. However, in tricky cloudy conditions, photos often come out underexposed. In night conditions, the camera barely holds on to its composure as there’s a loss of colors and sharpness. Even under artificial indoor lighting, the Moto G9 is struggling for details and fills the photo with grains. Thankfully, the Night Mode comes to the rescue. The long exposure photos take in a lot of light and offer useable photos in conditions that would otherwise render the camera useless. Details take a hit but you get to see the object even when your eyes can’t. Compared to the Night modes on other phones, I found Motorola’s iteration to be more useful.

Then there’s the 2-megapixel macro camera and that is, at best, okayish. In daylight, you can get some decent close-up photos. However, the sharpness isn’t there and with slight drop in lighting, you wish you hadn’t used it. The third depth camera is good at its job with great separation of the subject from the background. 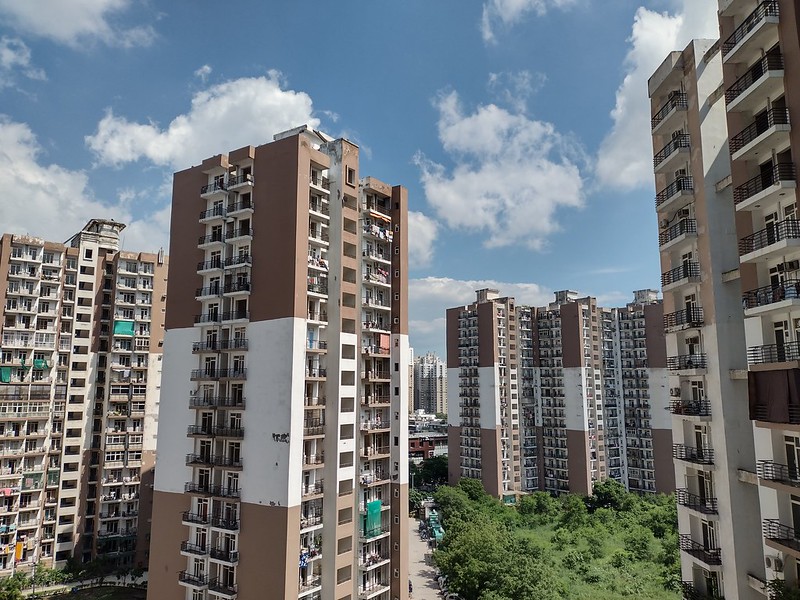 When it comes to the 8-megapixel front camera, it works fine as long as you are giving it good lighting. In broad daylight and brightly lit surroundings, you will get good looking selfies with adequate sharpness, decent colors and good background depth. The subject separation in the portrait mode is a hit&-miss at times but for the most part, it works nicely. In low light though, the selfie camera is barely useable and there’s no Night Mode here to help with the shots.

Most budget smartphones have massive 5000mAh batteries these days. However, only a few can optimize it to their advantage like Motorola. On an average day with moderate usage, I finished the day more than 50 per cent of charge. Basically, I was charging the Moto G9 once in two days. This was despite me texting on WhatsApp frequently, watching YouTube review videos, browsing social media, checking and composing emails, and streaming music to a Bluetooth speaker.

While it takes a lot to kill the battery in a day, it takes forever to charge it. Dropping the battery levels below 10 per cent, it took me close to two hours to brim it up. The 20W fast charger is just enough to fill this gigantic battery in quickly. Maybe Motorola should adopt faster-charging methods for its phones.

Conclusion: Should you buy the Moto G9? I personally like the Moto G9 for its no-nonsense Android experience and the long-lasting battery life. It is not perfect though as is evident from its average performance and forgettable macro camera. That said, at Rs 11,499, I can live with these complaints. If you want a phone with clean software experience and long-lasting battery life, the Moto G9 is an easy recommendation.