Motorola One Vision also comes under Google's Android One program and offers unique 21:9 aspect ratio display. But is there more to this device at Rs 19,999? We find out in our full review. A month into its global unveil, Motorola has launched its Android One smartphone in India. This is the first handset in the Indian market to offer a 21:9 CinemaVision display. Although Sony unveiled similar 21:9 display phones during MWC as well, they didn’t make it to India. In line with its recent devices, the Motorola One Vision also comes under the Android One umbrella. The phone offers a stock Android experience. In addition, there is a 48-megapixel quad-pixel OIS camera with the latest punch-hole display. The price of the device is Rs 19,999. Also Read - Motorola One Vision vs Samsung Galaxy M40: Price in India, specifications and features compared

The phone comes with 4GB of RAM and 128GB of storage. The company is following a modern gradient design language this time around, with two color options – Bronze Gradient and Sapphire Gradient. Although you can buy the phone via Flipkart starting June 27, here’s an early review so you to make an informed buying decision. Also Read - Asus 6Z with Snapdragon 855 and unique motorized camera launched in India

Thanks to its 21:9 aspect ratio display, the Motorola One Vision flaunts a tall body design. As a result, it appears a tad bit slimmer, making it sit better in your hands. As I also mentioned in my first impressions, this would be the first thing that any consumer will notice in the One Vision. What I liked this time around, is that the company has improved upon the overall design aspect from previous few launches. The back of the phone is now gradient glass, and it makes the phone look more premium. Also, because of its slim width and curved back design, the handset offers a more comfortable grip overall. Having said that, the taller phone makes it a bit difficult for one hand use. It also makes the phone look a bit different aesthetically from the standard phones you see around these days. The common fingerprint issue in glass design phones also remains same on this device as well, but the company supplies a clear silicon back case in the box, so there is a solution. I should also mention that the phone is slightly heavy at 180 grams without the cover, and with cover it gets even heavier.

The camera and display

In the One Vision, Motorola opted for a punch-hole screen design with a big change display aspect ratio. The 21:9 CinemaVision display measures 6.3-inch diagonally. It offers full-HD+ (1080×2520 pixels) resolution. During my review time, I initially had to adjust to the tall display experience for normal phone use case. What it came in handy was the video viewing in landscape. Motorola says it would provide you cinema-like experience because the movies follow the same aspect ratio, and the phone also has Dolby Audio support. I feel its just about okay to have these tall displays because not many watch videos in 21:9 especially. One thing that you might also feel annoyed about is that the punch-hole is a bit larger on the Motorola One Vision. The company claims to have done it purposely, because the light bleed around that punch-hole and they wanted to solve that problem. But I found the larger circular black spot to be a bit distracting during my review time. Apart from it, the display is vivid and the Motorola’s tweak in Display settings lets you choose from Natural, Boosted and Saturated color settings. The sunlight legibility is great on the phone, and so is the brightness levels. The warmer display tone is soothing to eyes and the adaptive brightness works decent to adjust screen brightness in different lighting conditions.

Motorola One Vision: Performance and Android One

The other different inclusion in Motorola One Vision is that it uses Samsung’s chipset instead of any Qualcomm or MediaTek SoC. The handset comes powered by a 2.2GHz octa-core Samsung Exynos 9609 SoC coupled with 4GB of RAM. There is 128GB of inbuilt storage on the device, which is expandable via hybrid microSD card slot (up to 512GB). What I found most surprising in the One Vision, is how well Motorola has used the Exynos chipset. It is infact better implementation than Samsung in my opinion. The phone does not heat, it doesn’t lag, it is quite snappy, and you don’t feel the need of 6GB RAM. I believe it is mostly because of the stock Android One experience. In terms of software, Motorola partnered with Google to keep the device in the Android One program. So you get the stock Android 9 Pie software out-of-the-box with a few worthy additional features from Motorola.

There is popular chop-chop LED torch light gesture, twist camera feature and more are onboard. You also have added Face Unlock security option from the company. During my review time, the popular high-graphic game PUBG played out smooth on the One Vision. The gameplay load time was very little, and long sessions didn’t result in major heating. Overall, the processor and software combination provides better experience on this device and Motorola should be credited for it.

At the back, the One Vision sports a dual rear camera setup. You’ll get a 48-megapixel primary quad-pixel sensor, which is the same sensor as Redmi Note 7S – the Samsung ISOCELL Bright GM1 – although you’ll only get final images in 12-megapixel 4:3 resolution only. It offers f/1.7 aperture and has Optical Image Stabilization (OIS) onboard. The setup uses a 5-megapixel f/2.2 aperture depth-sensing lens. During my review time, I found Motorola One Vision’s primary camera to be perfect for the daylight conditions. It managed quality imaging with great details. The contrast, brightness and sharpness levels were nice as well, and output remained consistent throughout the shots I took during my usage, which is great. The camera also handles low-light quite nicely. The dedicated Night Vision can capture the frame in just very little light as well, although the results will remain grainy. The magic of AI algorithm essentially captures and combines multiple images ensures a somewhat usable image which is better than many smartphones in this price range. Overall, the back camera on One Vision is really good for what it can produce. In terms of selfie camera, the handset once again includes quad-pixel 25-megapixel lens in the puch-hole design. To note, you only get 6-megapixel shots in the quad-pixel setting, but the option to get a 25-megapixel selfie is present, and you’ll need to change it within camera settings. The bokeh mode has the variety blur options, but the edge detection in selfies isn’t that great. Otherwise, the phone takes good selfies, and retains the natural skin-tone, which is a positive in my opinion. Check camera samples below (slideshow). 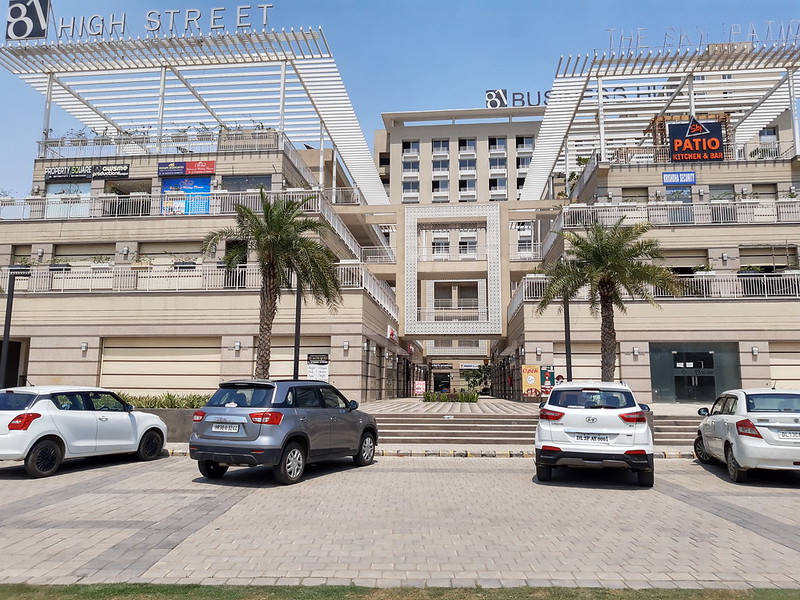 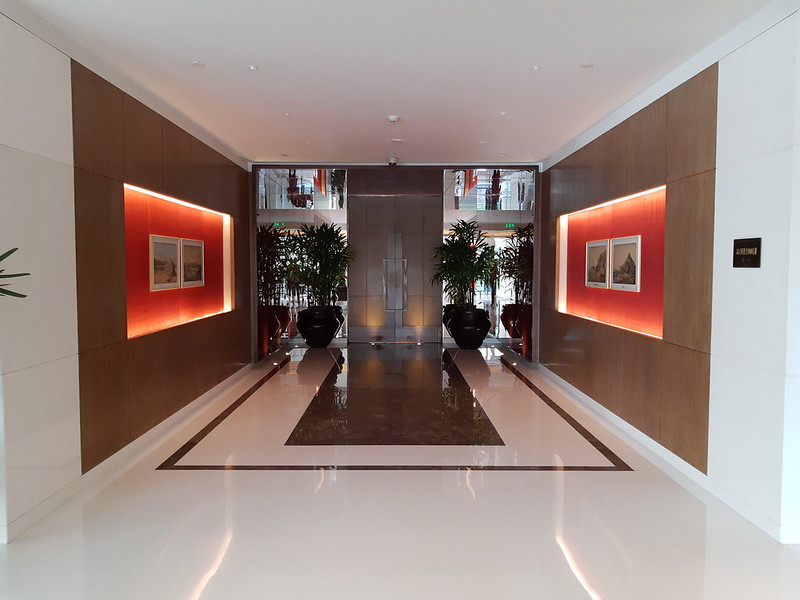 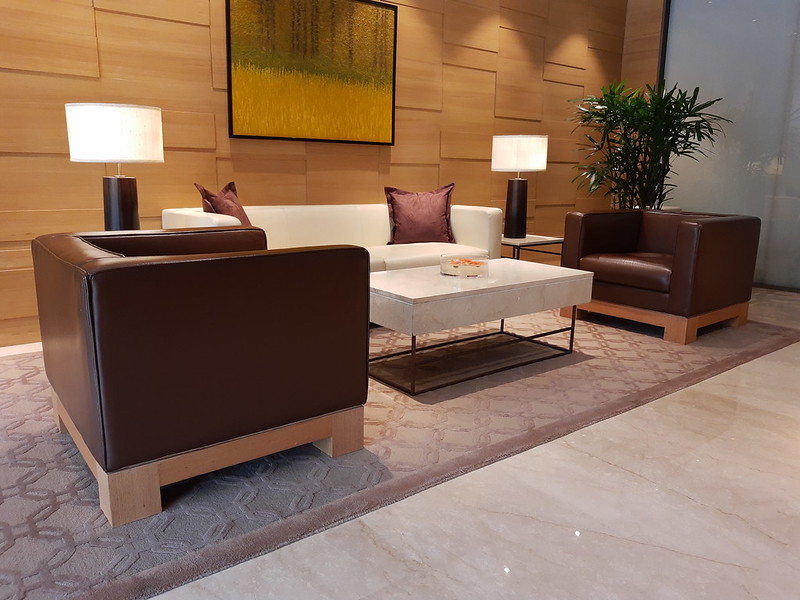 In the battery department, the Motorola One Vision packs a 3,500mAh battery with USB Type-C and TurboPower fast charging support. The phone lasted almost one full day with my daily usage of Google Maps, Social Media apps and YouTube video streaming along with routine emails, WhatsApp messages, calls and other work. I could charge about 40 percent in 30 minutes, and the Turbo charging also works with any standard 15 watts fast charging adapter. I was fairly satisfied with the charging speed and backup time on the One Vision. At Rs 19,999, the Motorola One Vision is a tad bit expensive from the competition offerings when it comes to on-paper specification comparison. The phone excels in performance, software and camera department due to Android One combined with Motorola’s own functional tweaks. The big highlight of the phone is its 21:9 aspect ratio display, which in my opinion is okay to have, but doesn’t really add any value.

The slimmer body design provides comfortable grip, and the phone looks premium with gradient glass body. To sum it up, the Motorola One Vision is worthy contender in the market right now, but the competition is aggressively ahead with good money-value alternatives. I would recommend the device because of its software experience and Motorola’s brand value, but the rest of the things you can get at a lower price point as well.