The 3.1 Plus is a classy budget smartphone, but is it enough to outshine the competition? HMD Global is going all-out and launching a number of Android smartphones across different price bands. Recently, the company launched the Nokia 3.1 Plus which is placed in the budget segment. Priced at Rs 11,499, the smartphone is available to purchase via Amazon India and Nokia India s website. Priced at Rs 500 more compared to the 5.1 Plus, it comes with a slightly larger display while ditching the notch. Also Read - Amazon Mega Music Fest sale: Best deals on TWS earphones, headphones, soundbars and more

The smartphone also does away with the glass back and comes with an aluminum back instead. And while it does have a bigger battery, the Nokia 3.1 Plus comes with a less powerful chipset compared to the Nokia 5.1 Plus. At its price point, the Nokia 3.1 Plus will compete with the likes of Xiaomi Redmi Note 5, Asus Zenfone Max Pro M1, and Realme 2 to name a few. I spent a few days with the smartphone, and here s what I think about it. Also Read - Phones with a headphone jack? They still exist: 5 best phones that bring 3.5mm headphone in the wireless world

The Nokia 3.1 Plus is a sub-Rs 12,000 phone that comes with a good design and build. Up front is a tall 6-inch display that runs at HD+ resolution 1440x720pixels. There is no notch, and you get an 18:9 aspect ratio. Nokia has fitted a good panel that that is quite bright and offers good color reproduction as well. There is also the ambient display that shows date and time, battery level and notification count when you lift the phone. And lastly, there is also double tap to wake feature, all of which make for good additions. Above the display, you have front camera, earpiece and sensors on the forehead, and there is a thick chin at the bottom. Turn to the back, and you have the aluminum shell with a soft non-slippery rubberized finish. The top and bottom half is made of plastic, which is for the antenna bands.

The vertical dual cameras and LED flash module sit symmetrically in the top half, placed in the center. Just below this, you have the circular fingerprint scanner, which is quite fast in unlocking the smartphone. It is followed by Nokia branding in the center, and Android One branding in the lower half. The Nokia 3.1 Plus has curved sides, and rounded corners on all four sides. Talking about buttons and ports, you have the volume rocker and power / sleep button on the right, whereas the left houses the SIM card tray. The 3.5m audio jack is placed on the top, and the micro-USB port is at the bottom. It is disappointing to see that Nokia didn t go for a USB Type-C port, as it did with the Nokia 5.1 Plus. Overall, I like the smartphone design, especially the anti-slip back.

As in case with all other Nokia smartphones, the 3.1 Plus also runs on Stock Android with the Android One UI. It runs on Android 8.1 Oreo out of the box, and will soon be getting the Android Pie update. Nokia has also promised that some of its smartphones will be updated to Android Q, and the 3.1 Plus should likely be in the list given that it’s a new phone. The UI is smooth, unless you don t stress the smartphone with a lot of load. Out-of-the-box you don t get any bloatware apps, except for Google apps such as Photos, Play Music, YouTube, Chrome, Google Pay, Files Go and Keep Notes. However, there is no Face Unlock feature, something that I missed having on this. Surprisingly, the Nokia 5.1 Plus, which is priced Rs 500 less than the 3.1 Plus, also has Face Unlock, which makes use of Google s Smart Lock face recognition tech.

Nokia has managed to tune the software well with the chipset to ensure efficiency. On a full charge, the 3,500mAh battery lasted me for over a day, delivering a screen-on-time-of close to 6 hours. My usage didn t involve any heavy tasks, but general usage such as watching YouTube videos, surfing on Chrome, and using social networking apps such as Facebook, Twitter and Instagram. The battery takes about two hours to charge to full.

Before Nokia was acquired by Microsoft, the Lumia-series, N-series, and even other phones were known for their cameras. But somehow, after the comeback, camera is one department that has been lagging, and that s true even for the flagship Nokia 8 and Nokia 8 Sirocco. The Nokia 3.1 Plus has an acceptable camera, but I faced a few issues. You get a dual-camera setup at the back, with a 13-megapixel primary sensor (f/2.0) and a secondary 5-megapixel depth sensor. The issues start with the camera app. I noticed a small delay between hitting the shutter button, and the photos getting saved in the camera roll. The delay increases further when using portrait mode, and in low-light where the camera struggles to lock the focus. Photos clicked in the day-light look good but the sky is completely blown out. Check the sample shots below. 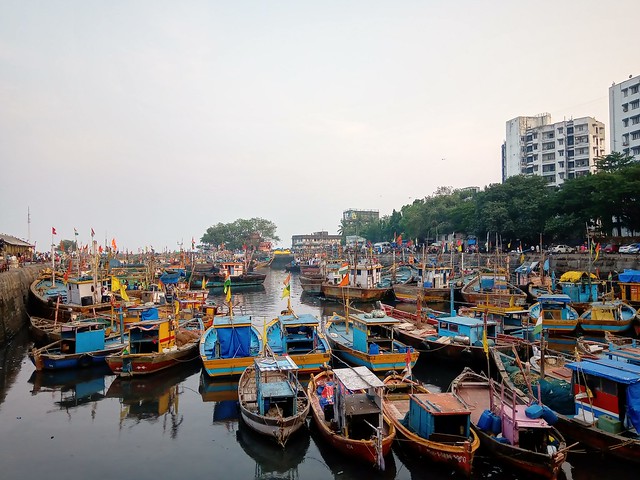 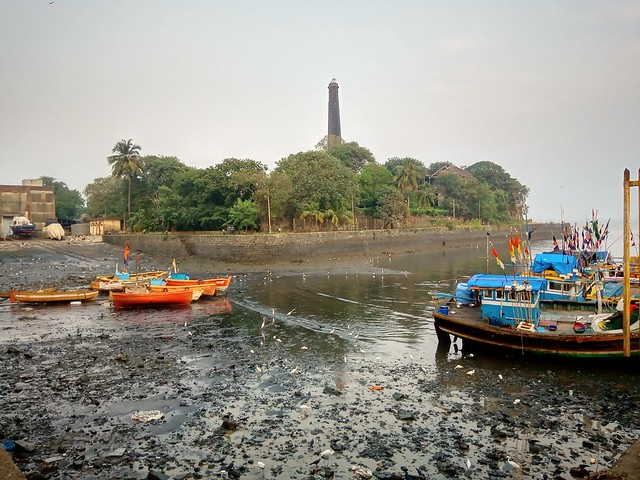 And when the sun sets, the struggle begins it cannot focus, the photos lack sharpness, and they look a very grainy. Below is a sample photo. 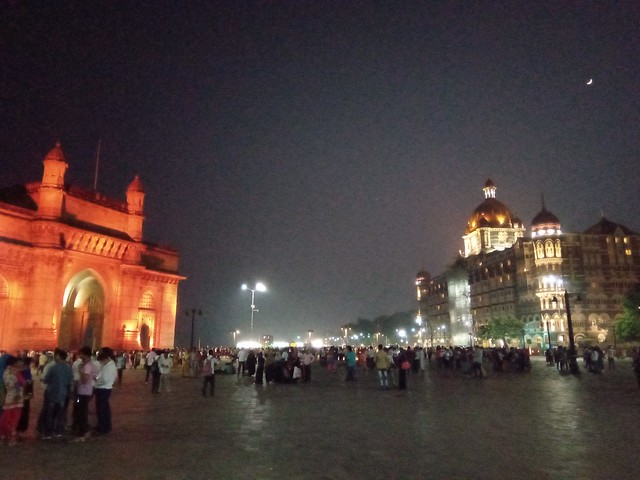 Next, the portrait mode uses the secondary depth sensor to differentiate between the background and the foreground. It works, but the edge detection isn t perfect. If you aren’t too picky about the quality of the edge detection, you won’t have an issue here. 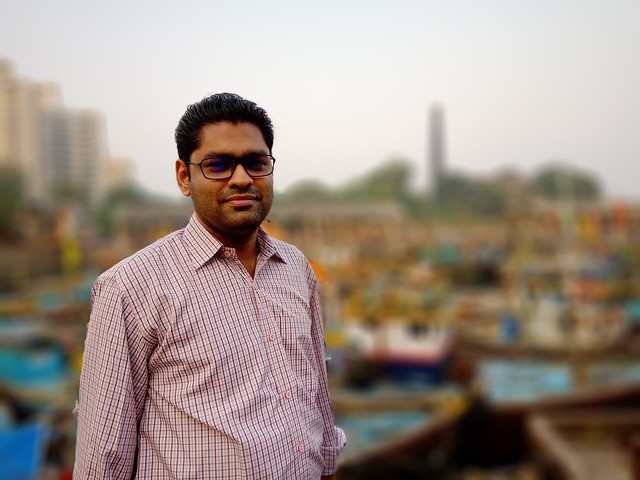 Next, let s talk selfies. You get an 8-megapixel f/2.2 snapper on the front, which is decent, but the selfies aren t that good. First things first, it smudges the skin causing loss in detail, secondly, the background is completely washed out, and at times, even the skin color appears dark. And all of this happens during the day, in good light, with low-light shots being worse off. The camera even uses AI for selfie portraits, but the edge detection isn t that good.

Of course, you don t expect an affordable smartphone to capture exceptional photos, but it slightly falls behind when compared to the competitors in the same price segment.

The Nokia 3.1 Plus comes with a MediaTek Helio P22 octa-core SoC which is built on the 12nm process. We had the 3GB RAM with 32GB storage variant, and while there is a lower variant too, HMD Global hasn’t launched this in India. Now, talking about performance, it handles basic tasks with ease, but when you have some apps running in the background, it starts struggling. I had three email accounts in sync, along with my Facebook and Instagram accounts connected. When scrolling through my timeline, I noticed stuttering, where it paused for a couple of seconds before going ahead. It was only after clearing the background apps, it worked a little smoothly. Even gaming performance wasn t that good, both when playing casual games like Alto s Odyssey 2 and Subway Surfers, and intense games such as PUBG Mobile. I can understand about graphics-intensive games, but struggling with casual games is not something that I expect.

Verdict: Should you buy the Nokia 3.1 Plus?

Overall, the Nokia 3.1 Plus has a vibrant display despite being of HD+ resolution, and the phone offers good battery life too. I even like the design, especially the aluminum back and soft rubberized finish. But when it comes to performance there is clearly room for improvement. The Helio P22 is a good chipset for efficiency, but it struggles with performance.

At this price point, there is Asus Zenfone Max Pro M1, which is similarly priced, comes with a bigger 5,000mAh battery, a full HD+ display, and near-stock Android OS. There are also the Realme 2 and Xiaomi Redmi Note 5 that offer more value for money. The pricing for Nokia 3.1 Plus could have been perfect if it was under Rs 10,000. But for this price, if you are a Nokia loyalist, I d recommend the Nokia 5.1 Plus instead.