Back in 2004, Nokia released the 3220, and I bet anyone would deny it wasn’t interesting. It was just a feature phone but had bunch of lights stuck around the frame. Then there was the Nokia 6600 that looked hot despite its dull intentions of being a business phone. The Nokia Lumia 1020 from the last decade was my teenage desire, especially with its lively plastic shells. It is only obvious to expect a continuation of that lineage when you buy a Nokia phone in 2021. Also Read - Phones with a headphone jack? They still exist: 5 best phones that bring 3.5mm headphone in the wireless world

Sadly, it becomes challenging to term a Nokia phone as interesting these days. In an age when the big Chinese brands are pushing boundaries despite facing stringent taxes and rising manufacturing costs, Nokia is doing phones that adhere to just the basics. Take the Nokia 3.4 as an example – it costs the same as the Redmi Note 9 but there’s barely anything on paper that will get you excited. Also Read - Nokia C20 Plus arrives in India, Nokia C30 and Nokia C01 Plus announced too

So, why does Nokia sell the 3.4? Who is it meant for? Should you buy this phone? Here comes a very lengthy answer after carrying it around for two weeks. Also Read - Nokia Clarity, Comfort, Micro, Go Earbuds Series with ANC launched: Price, features

When I got the Nokia 3.4 out of the box for the first time, it was the Nordic design language that appealed instantly. The large circular camera hump, the matte textured finish, posh pastel colours – these are elements that appeal in a sea of blingy smartphones. The Dusk colour variant that I have is a beautiful shade of colour I am comfortable flaunting around. Like most phones under Rs 15,000, the Nokia 3.4 is entirely made out of plastic. It’s built decently. The plastic unibody also makes the phone lightweight and the matte finish helps it resist scratches. Sadly, all the buttons on the frame don’t travel much and as a user, I am not confident how long will these last. Additionally, the dedicated Google Assistant key seems pointless given that the Assistant is just a swipe away on Android 10.

There’s a large display with thin bezels on three sides but a chubby chin boldly carries the “Nokia” logo. Nokia does not mention the kind of glass protection used on the 3.4 but in my time with the phone, I didn’t see any major scratches, save for minor scuffs. The fingerprint sensor on the rear is within access of my index finger but it does take a second to react. I often had to input the passcode to get into my phone. Thankfully, there’s a facial unlock system to make life easier on the go. Additionally, those who still love to carry microSD cards full of movies and photos will find the dedicated SD card slot within the dual SIM tray helpful.

On the whole, the Nokia 3.4 certainly stands out from the crowd with its unique design. I still wish Nokia had gone ambitious with the choice of materials like it used to do 2-3 years ago for its budget phones (remember the Nokia 5.1 Plus and 6.1 Plus?).

I don’t recall any Nokia device under HMD Global’s era to stand out with its display and the Nokia 3.4 does nothing to change that. Similar to most of its rivals, the Nokia 3.4 relies on a 720p pixel resolution LCD display, measuring 6.3-inches across the canvas. This is an average display by all means – it doesn’t get too bright, the colour saturation is good enough, and the white balance is towards a cooler side. This is a display that just gets the job done. The small punch-hole cutout doesn’t eat into the valuable display space and I didn’t experience any backlight bleeding issues from the edges. Overall, whether I was browsing my Twitter feed, sharing photos on WhatsApp, reading emails, or watching YouTube videos, the Nokia 3.4’s display didn’t give me much to complain for a smartphone that costs Rs 12,000. That said, I still hope Nokia pushes to offer a 1080p display in the 3.4’s successor.

In my early impressions of the Nokia 3,4, I stated that despite the phone relying on an entry-level Snapdragon 460 chip, the careful optimisations work well to keep it going fine. After two weeks though, I don’t feel the same way about it anymore.

The Nokia 3.4 is an Android One phone and hence, brings a very sorted out Android experience to the table. With zero non-Google apps pre-loaded, it tries its best to keep the experience fuss-free. Throughout my usage, the Nokia 3.4 kept chugging happily as long as I was using the popular Google as well as third-party social media apps, i.e. Twitter, Instagram, Facebook, and Snapchat. While I didn’t face issues with Google apps, most third-party apps with their frequent updates lagged the Nokia 3.4, often making for brief freezes, and even crashes. I have had the same experience with a similarly priced Realme 7i, Realme Narzo 20, Redmi 9 Power, and even the Motorola Moto G9. Similar to the other phones, I had to rely on the Lite versions at times to keep it smooth.

While this is an issue app developers need to figure out, the more frustrating thing to notice was Nokia’s native camera app crashing frequently. Despite downloading several updates, the camera app was slow to respond and crashed every time I tried to take a photo in the portrait mode. The Snapdragon 460’s limited processing capabilities don’t help the Nokia 3.4 much, despite the light-on-the-resources stock Android experience. I faced long pauses and longer loading times frequently, which is clearly a sign of the chipset being underpowered. It is also sad to see Nokia ship the phone with Android 10, despite the world already being accustomed to Android 11.  Unlike Motorola’s version of “stock Android,” there are no customisation features and no Nokia-exclusive extras. Even the stock Nokia wallpapers are bland, making the phone seem lifeless. Nokia promises two Android OS upgrades and three years of security support, which is a decent compensation for bland experience.

I also played a couple of casual games such as Tower, Candy Crush, Ronin: The Last Samurai, and some more. The phone held itself well but there were moments it dropped frames or endured long pauses, for example, before loading up a level of Candy Crush.

Network reception on the Nokia 3.4 was decent and I never witness a drop in calls. However, there’s only support 2.4GHz Wi-Fi and that slowed made for slower than usual page loading times. Even Jio’s mobile data couldn’t help. Audio out of the single speaker is just fine.

This is another area where the Nokia 3.4 barely manages to excite. There’s a 13-megapixel primary camera with PDAF, accompanied by a 5-megapixel ultra-wide camera, and another 2-megapixel depth camera. Again, not lofty numbers but Nokia promises “superpowered pics”.

Well, after living with the cameras on this Nokia, sub-par is the only adjective I can use to describe it. Daylight is where the camera is at its best. I got bright photos with saturated colours and decent exposures in most situations. The dynamic range is limited, which is evident while shooting portrait photos. For example, look at the portrait photo of my colleague wearing the pink top – it was actually a red top. The aggressive post-processing softens the details and as a result, all the photos I took look soft. The ultra-wide camera somehow makes all photos look like a watercolour painting – poor details, boosted colour saturation, and lots of grains. 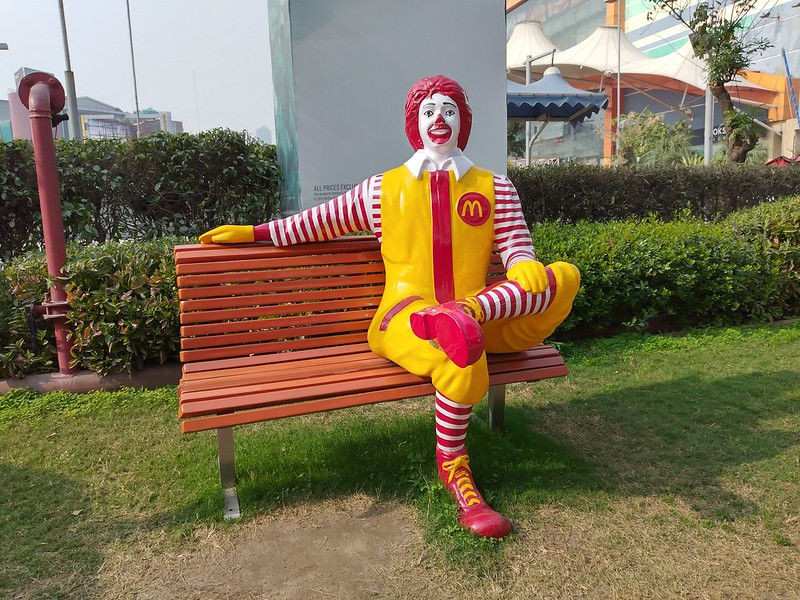 The Night Mode makes things worse by softening photos further. You can still get useable photos in this mode but be prepared to spend a lot of time editing the photos and limiting their distribution to social media. Portrait mode photos do a decent job of subject separation and I barely found inconsistencies with the artificial cutout.

The 8-megapixel front camera is sub-par too. Most selfies I took had limited dynamic range, softened skin tones, and inadequate exposures.

Next to the camera systems you find on the Redmi Note 9 and Motorola Moto G9, the one on this Nokia 3.4 feels from an era of budget smartphone bygone. I wouldn’t recommend this phone to anyone who likes taking photographs.

There’s a 4000mAh battery inside the Nokia 3.4 paired with a 10W charging system. While Nokia promises up to two days of battery life, I could at most extract just over a day with regular usage. My usage involved making calls, texting, checking emails, streaming songs, watching YouTube, cracking Candy Crush levels, and browsing social media apps. There’s a considerable amount of power loss while idling and even after the first update, I didn’t see any major improvements. There’s no better way to put it out – the Nokia 3.4 isn’t good value. Next to the likes of the Redmi Note 9, Realme 6i, and Realme 7i, there’s barely anything to recommend the Nokia over these. The daily performance, camera, and display are all sub-par when compared to the rest of the competition. The clean iteration of Android and the promise of two OS updates aren’t enough to look over the other shortcomings. Even the pretty colour palette barely does enough to attract those seeking just a good-looking phone.

If you want a solid Android phone under Rs 15,000 with a clean iteration of Android, the Moto G9 at Rs 10,999 is comparatively a better bet. The battery life is incredible and so is the camera performance (for its price category). Motorola’s little tuning efforts make its “near-stock” Android experience seem superior to what the Nokia 3.4 offers. Next to this Motorola, the Nokia 3.4 seems overpriced.

Nokia needs to bring its “A game” if it wants to have a standing chance in the highly competitive affordable smartphone market. Maybe it could follow in the footsteps of Motorola, another brand that picked itself up last year with highly competitive devices at every price point without letting go of its roots.