With a price of Rs 10,990, how does the Nokia 4.2 fare in the budget segment? It will be up against the market-leading Xiaomi, Realme, Asus, Huawei, and its sub-brand Honor. Let’s find out.

HMD Global today launched a new Nokia-branded smartphone for the Indian market. This new device is the Nokia 4.2, which was initially previewed at MWC 2019 back in February. Given that the budget smartphone range is the most hotly-contested segment in the Indian smartphone market right now, I was excited to test the Nokia 4.2. In the segment where Chinese smartphone makers such as Xiaomi, and Realme are busy offering compelling devices catered to different sets of users, I was curious to see how HMD Global fares. Also Read - Nokia C10, Nokia C20 with 6.5-inch HD+ displays launched: Price, specifications

Nokia 4.2 is a new device lineup that marks a gradual evolution of design and functionality for the new Nokia-branded smartphones. I used the Nokia 4.2 for about a week while trying to push it to its limits in every way possible. With a price of Rs 10,990, how does the Nokia 4.2 fare in the budget segment with the market-leading Xiaomi, Realme, Asus, Huawei, and its sub-brand Honor. Let s find out. Also Read - Nokia X20, Nokia X10 with Snapdragon 480 SoC launched: Price, specifications HMD Global has gone for a simple sandwich design where both the front as well as the back are encased in glass. On the front, we find Nokia branding on the bottom chin while the dot notch on the top accommodates the front camera. The back of Nokia 4.2 sports the dual-camera set up in the middle in a vertical setup. The fingerprint sensor and Nokia branding are aligned vertically with the camera followed by an Android One branding. Taking a look at the sides, we get the dedicated Google Assistant button and the nano-SIM and microSD card tray on the left side and volume rocker that power button the right side. We need to talk about the power button, more on that later. The top of the device houses the 3.5mm audio socket with a microphone while the bottom comes with the microUSB port, speaker grill, and another microphone. Overall, the design is quite simple, enough to consider in bland in the world where this is what any other smartphone in this segment would look like.

Talking about the overall build quality, similar to any other Nokia-branded smartphone, the quality is as good ad it can get with the given glass sandwich design. The smartphone comes with what appears to be a plastic frame on the sides. You may think about why we have made a separate section for the Power button in this review. If OnePlus and Google Pixel were one of the first to bring colored power buttons to modern smartphones, Nokia here has one-upped them to bring a power button that lights up. The power button is not limited to just lighting up. Instead, the light here acts as a notification light which is just plain impressive. Impressive for a smartphone in this range where the smartphone maker may or may not decide to add a dedicated LED sensor on the front of the display. The functionality of the button can t really be customized because of near-stock Android software, but I really wish that other smartphone makers are taking a note here. The Nokia 4.2 is powered by a Snapdragon 439 SoC along with 3GB RAM and 32GB internal storage. Given that the device comes with a Snapdragon 400 series SoC, I was a tad worried about the performance of the smartphone. However, after comprehensive usage, I am somewhat conflicted about what I experienced. Let me explain why. To begin with, yes, the Snapdragon 439 SoC is not enough on paper and I wish that Nokia had gone for a Snapdragon 600 series processor. There is ever so slight sluggishness in some portions of the software UI but that is only noticeable if you are really looking for it. However, the interesting part about Nokia 4.2 is that despite the Snapdragon 439 SoC, it has enough power to run heavy games like Asphalt 9: Legends, ShadowGun, and PUBG Mobile to name a few. Though granted that almost all of these games were running at the lowest of the possible settings but overall, the gaming performance was quite decent. I did face slight sluggishness in the response times while playing these games but it is quite impressive that the smartphone can play these heavy titles in the first place.

Talking about the software, the Nokia 4.2 comes with near stock Android, fast performance, and absolutely no bloat. The device comes with Android 9 Pie with all the essential features including Adaptive Battery, and Digital Wellbeing. The only custom apps that I noticed in the interface include the Nokia Camera app, FM Radio , and the My Phone app. Another thing to note here is that the device came with the February 2019 Android security patch, which was highlighted in red in the Security status in the Settings app, but I am sure that Nokia will promptly roll out a new update with the new security patch as it is part of the Android One program. The camera quality on Nokia 4.2 Nokia 4.2 captures decent images from its dual camera setup on the back in ideal lighting conditions. The images have a decent amount of dynamic range and the colors are good with the help of Auto HDR. Though, if you go and look for details then you won t find many as the final images don t sport much texture. However, this is not out of the ordinary for smartphones in this segment. The portrait mode works okay with decent background isolation. 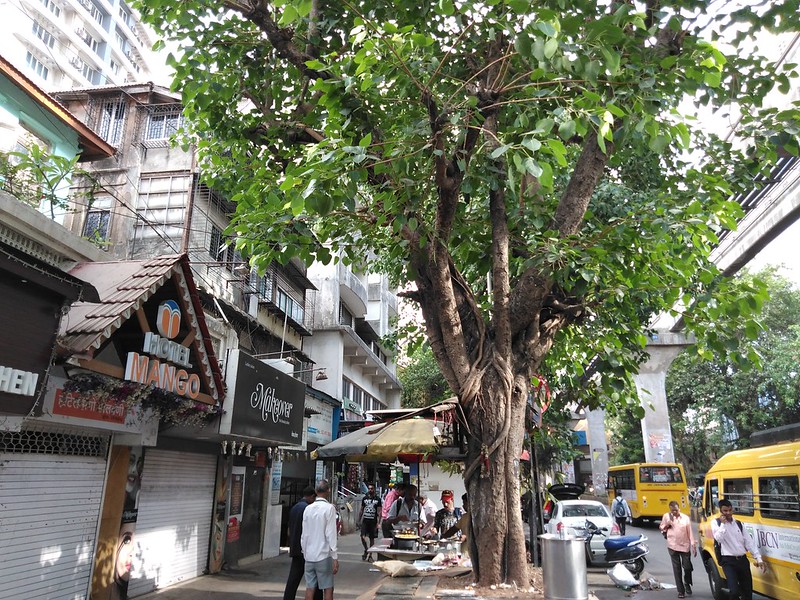 Talking about the camera app, Nokia has considerably improved the camera app along with built-in 1:1 Square mode, Lens for Google Lens integration, Panorama , and Time-lapse mode. The company has also added a proper Pro mode along with Nokia Lumia-era radial dials to change settings in the mode along with Live Bokeh and Video mode in the software. It also includes slides for Beauty mode as well as the Depth in the photo. The camera software also includes a Depth option in the Settings that users need to toggle (it is off by default) if they want to edit the depth in portrait images at a later date. However, toggling this decreases the resolution of the images captured. Other important options include Location tag, RAW file support, Burst mode and more.

The smartphone was able to get me through a moderate workday without much issue while providing about 12 hours of battery backup. Things are slightly different on heavy days where the phone latest about 7.5 hours before I needed to recharge the smartphone. A moderate day usage for me includes music screaming for about 2-2.5 hours, 30-45 minutes of gaming, Instagram, WhatsApp, and Facebook all day long, three email accounts continuously on sync, 10-15 photos, and about 1-1.5 hours of video streaming on YouTube or Netflix.

On heavy usage days, the amount of video streaming, images shot and gaming almost doubles. It is worth noting that this backup is when I am always connected on Wi-Fi, 4G cellular connection for these activities is likely to consume more battery. Last but not least, there is not fast charge which means that it usually takes about 1 hour and 45 minutes to charge the smartphone from 0 to 100 percent.

Overall, HMD Global has made yet another solid offering in terms of the design, build quality and software experience. However, similar to its past devices, Nokia 4.2 also suffers from similar flaws when compared with the competition. At Rs 10,990, Nokia 4.2 is in direct competition with the likes of the Realme 3, Xiaomi Redmi Note 7, Xiaomi Redmi Y3, and Samsung Galaxy M20. In isolation, the Nokia 4.2 is good but it falls behind when compared with other devices in the same segment. If however, you are looking for a smartphone that you can get your hands on right away, the Nokia 4.2 makes for a decent choice.