We have seen smartphones grow tremendously over the past few years through all segments. However, the most significant shift in direction was made by the mid-range segment. From being slightly better than entry-level devices and playing second fiddle to flagships, mid-range phones have evolved to create an independent identity of their own. Today we review the Nokia 5.3, one such mid-range device that fills an important void seemingly missing from the lower-midrange segment. Also Read - Nokia 5.3 available on open sale on Amazon India and official store: Price, features

The void we speak of is software, well, clean software. Here’s a test to make our point clearer. Pick your top three or even top 5 smartphones right now within the Rs 10,000 to Rs 20,000 bracket. Chances are all your entries are preloaded with custom Android skins that bring in some annoying ‘business model’ elements. These can go from being subtle notifications to experience-hampering ads. Enter the Nokia 5.3 a phone that aims to be capable in all areas, but keeps its software side as squeaky clean as the Pixel devices. Can the phone achieve that? Read on to find out. Also Read - Realme 6i Review: An affordable, performance-oriented mid-range device done right

The Nokia 5.3 is a fairly well-built device. It features a plastic body, and a plastic frame. However, the construction is top-notch here, as you’d usually expect from a Nokia phone. The back doesn’t creak, the buttons are rock-solid. This means the 5.3 doesn’t feel like a cheap phone when held in the hand. While our review unit happens to be the black variant, the other color variants this phone is offered in look much more lively. Also Read - Xiaomi Redmi Note 9 review: A good phone, but not a better deal than the Note 9 Pro We have the volume rockers and the power button in the right side of the device. The power button also homes the notification LED within it; a unique touch and pretty useful too. On the left is your SIM tray and a dedicated button for Google Assistant. Below the Nokia 5.3 are a microphone, USB-C port and the speaker grille, while on the top lies a secondary mic and a 3.5mm port. There is a circular yet unique-looking camera module on the rear with the fingerprint scanner below it. Everything has a minimal feel to it, and yes, the camera bump doesn’t stick out too much.

The Nokia 5.3 features a 6.55-inch IPS LCD screen with HD+ resolution. This 20:9 aspect ratio panel gives you a density of roughly 268 PPI. There is Corning Gorilla Glass 3 protection on the panel as well, not the latest, but works. On the top of the screen is a waterdrop notch and there is the Nokia branding on the bottom of the screen which was completely unnecessary given there already is another branding on the back. Coming to the quality of the screen itself, we found it to be decent enough but nothing spectacular. Color reproduction is good and so are viewing angles. However, there are two key areas where we found the phone to be a little lacking. The first is the low resolution. This will not be a deal-breaker for a lot of people. However most competing phones offer an FHD+ panel at the price, and the difference will be significant when you watch higher resolution content. The second issue is the brightness. The 450 nits of brightness work fine indoors but move outdoors and you will struggle fairly quickly.

The Nokia 5.3 features completely stock Android and that’s hard to come by in this segment. While not everybody is a fan of clean, vanilla Android, we like it quite a bit. What you get is a clean experience with only the essentials baked in throughout the interface of the phone. Oh, and did we mention guaranteed Android updates for two more years? You also get a few neat features here and there. These include using the rear fingerprint scanner to pull down the notification bar, flipping the phone to silence calls, and then there is the quick access to Google Assistant via the dedicated button. That’s about it. There are no fancy customizations, animations or elements of that sort. What’s also missing are annoying apps with questionable privacy, ads, and notifications, elements that most phones in the segment come with.

We were quite satisfied with the kind of photos the Nokia 5.3 delivered. Unlike many phones in the segment, the 5.3 provides a break from the 48 vs 64-megapixel sensor war. The 13-megapixel main sensor here may not have a high megapixel count but is well optimized and features Nokia’s signature Zeiss optics. Pictures we took showed accurate colors and shots felt colorful and vivid without appearing oversaturated. Auto-focusing worked well in most scenarios and was also pretty quick in picking subjects up. There is a decent amount of dynamic range to pictures and shots taken in appropriate lighting appear pretty crisp too.  The night mode is, however, a hit-or-miss affair. If you’re patient, you can take good crisp pictures when a source of light is nearby but like the low-light performance of most phones in the segment, don’t expect very consistent results.

Coming to the secondary lenses on the Nokia phone, we found that the 5-megapixel ultrawide lens captures colors in a similar fashion to the main sensor, however, the softer pictures are a direct reflection of the low megapixel count. So, while pictures look great, they aren’t the best at the detail, sometimes clearly appearing significantly softer than some of the competing phones in the segment that uses 8-megapixel ultrawide sensors. Check out the samples by clicking below. 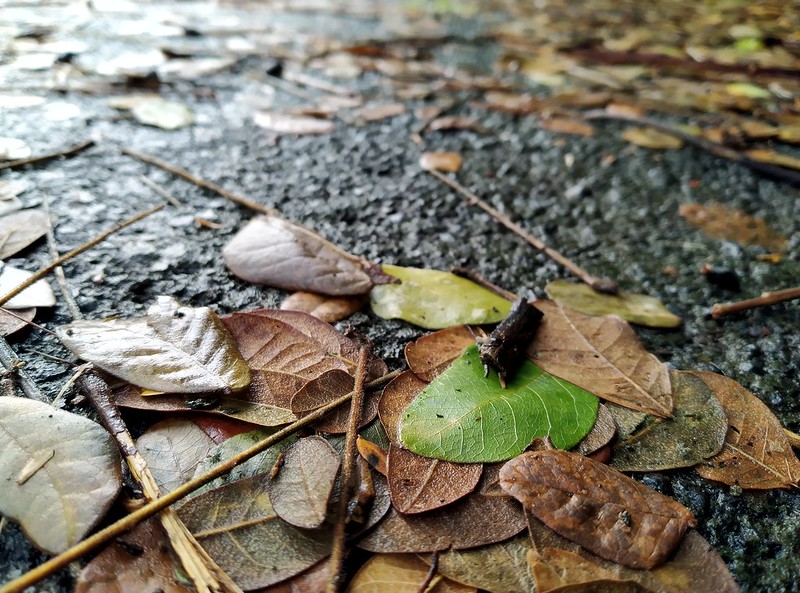 Coming to macro photos, we managed to get decent colors, and focusing on closer subjects was actually better than we expected. However, it is a 2-megapixel macro sensor so you will need a good amount of lighting for good shots. The front camera performance is also quite good. Colors look great, details are maintained and pictures look satisfying. The portrait mode depth effect also looks natural and not over-done, something we often see.

The Nokia 5.3 is a decent performer armed with the Qualcomm Snapdragon 665 SoC. With up to 6GB of RAM, you get a device that can handle its own through day-to-day tasks. Add in the fact that there is practically no load on a heavy custom UI and you can feel the lightweight movement of elements. You can handle a bunch of apps together with no issues. When it comes to heavier tasks like gaming though, don’t expect the performance to be mind-blowing. The Nokia 5.3 can not perform on par with competing phones that offer the MediaTek Helio G90T like Realme 6i for instance. The phone is not slow by any means, but comparing it to phones in the same price bracket like the Realme 6i or the Redmi Note 9 series, gaming and heavy usage takes a hit. The phones still don’t skimp on any sensors, including NFC, which is a rear addition at this price. However, we really wish Bluetooth 5.0 was onboard instead of the outdated v4.2.

Battery life is pretty good on the Nokia 5.3. The 4,000 mAh cell clubbed with the forgiving HD+ screen and a chipset that is not so power-hungry translates to a day’s usage easily. However, the phone still charges at 10W even after having a USB Type-C port, which just feels lacking in 2020. At least 18W charging tech would have translated to significantly faster charging. The Nokia 5.3 is a unique device in the Rs 10,000 to Rs 15,000 segment in India. While it is a well-built phone that delivers clean software, the phone doesn’t impress with its hardware. For those who want an unbloated, consistent, and clean software-driven experience, the Nokia 5.3 is a dream come true in this segment. However if cut-throat performance and gaming matters to you, you’d be better off with competitors at this price. Regardless we know the performance-oriented audience is not the one Nokia is targetting with this phone, and for those of you that want that clean stock experience, this remains a good phone.