The Nokia 8.1 comes with dual rear cameras with ZEISS optics. Here’s a look at how the cameras perform under different lighting conditions. HMD Global has been on a roll, launching around 7 smartphones in India this year. And before the year ends, the company has launched one more smartphone – the Nokia 8.1, with a heavy focus on design, cameras and performance. Priced at Rs 26,999, the Nokia 8.1 will go on sale in India starting December 21, exclusively via Amazon India. Also Read - Nokia 1.4, 6.4 5G and 7.4 5G could launch by early Q2 2021: Report

Nokia, during its golden days, was known for its camera performance, especially on the N-series and other phones that ran on Symbian OS. Even the Lumia smartphones running on Windows Phone OS had really good cameras. But somewhere between Microsoft taking over Nokia’s handset division, and HMD Global reviving the brand, the camera on recent Nokia phones hasn’t been impressive so far. But that changes with the new Nokia 8.1. Also Read - Amazon Republic Day Sale: Shinco Smart TVs with Alexa integration launched

I was in Hawaii last week, attending Qualcomm Snapdragon Tech Summit 2018, and had a chance to test the smartphone camera under different lighting conditions. After using the Nokia 8.1 for a couple of days, primarily to click photos, I must say, I’m finally impressed with the Nokia camera. Nokia seems to have really worked hard on the camera aspect, and some credit can also be given to the Qualcomm Snapdragon 710 SoC which comes with the new Spectra 250 engine with support for noise reduction and image stabilization for low-light photography. The chipset also supports real-time bokeh effects, even with a single camera setup. Also Read - Top 5 retro phones resurrected with a modern twist

Nokia has gone for a dual camera setup at the back which includes a 12-megapixel primary sensor of f/1.8 aperture, sensor size of 1.4micron pixels, dual pixel auto-focus and support for optical image stabilization (OIS). The second is a 13-megapixel sensor but the company hasn’t detailed what exactly it does – whether it acts as a depth sensor or comes with a telephoto lens. Up front, there is a 20-megapixel f/2.0 camera for selfies and video calling. The rear camera includes support for 4K video recording and comes with ZEISS optics for improved photo quality.

Let me start with day-light photos first. The camera is capable of capturing colors accurately, along with details. Take an example of this shot below, you can see the clear blue skies and blue water. You can also see the far-off mountains, the windmills and the clouds. 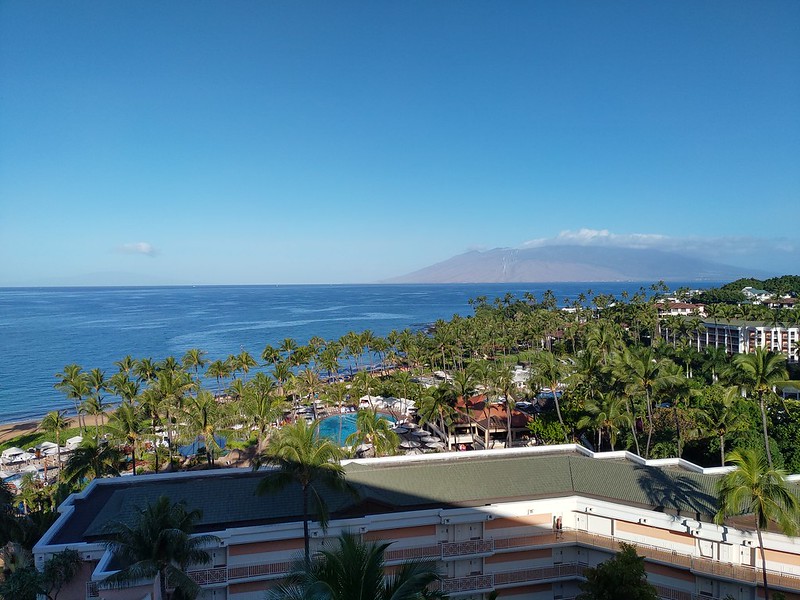 Next, I shot some close-up photos of the flowers. In the first shot, you can see the details of each petal, the accurate colors and a nice bokeh separating the foreground from the background. 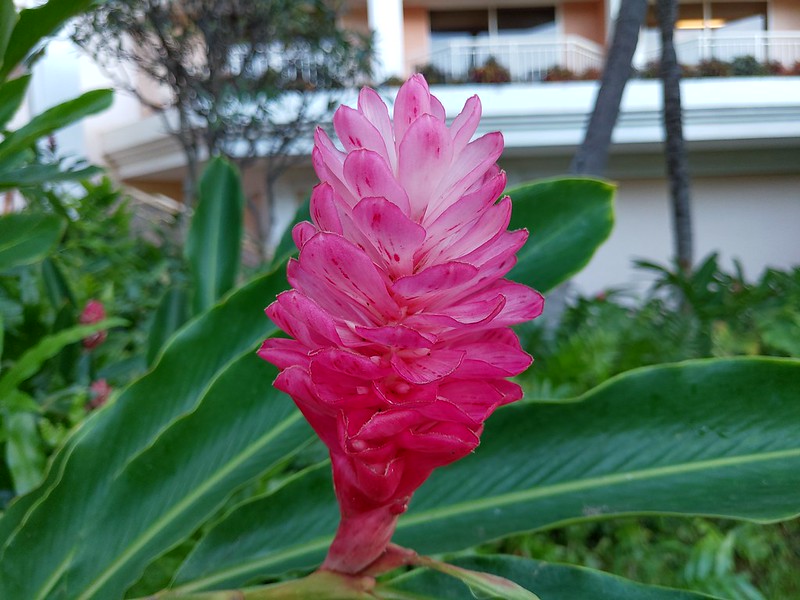 In this second photo, you can see accurate colors, the detailing of each petal, the color of wooden flooring, and the brown parts of the flower as it starts to decay. 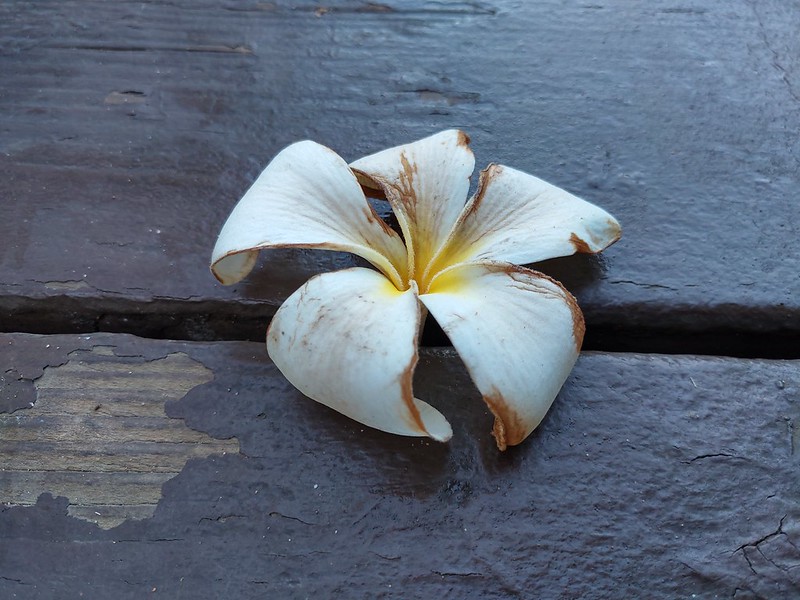 Next, I clicked a photo of the fire hose, and you can see how well it has retained its color. There is a pipe on the side, and it has a lighter shade of yellow color, which is also beautifully seen. And then you have some plants around it, and their colors can also be accurately seen. You have the light greens, the dark green leaves, the maroon leaves, and even the hut in the backdrop with hay can be clearly seen. 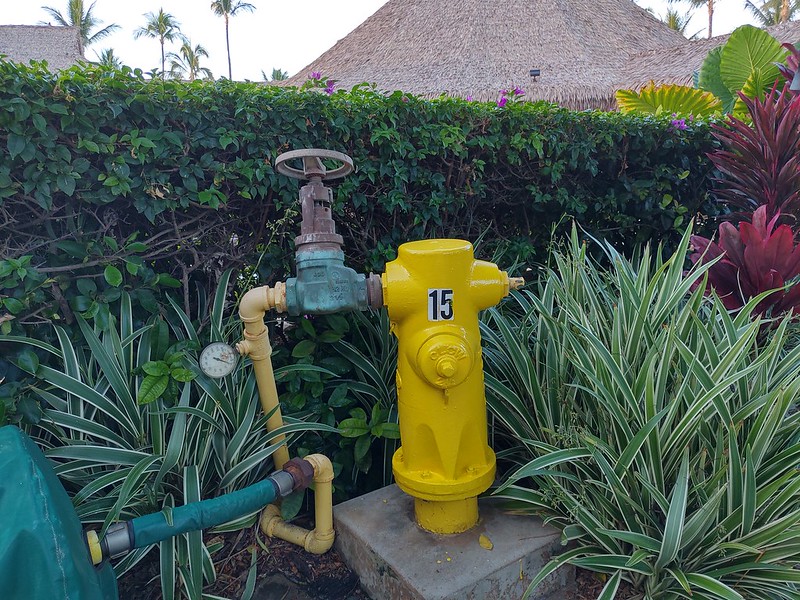 As the sun started settings, it was the real test of the Nokia 8.1. To begin with, I clicked a photo of a sailboat around the evening, just when the sun was setting.

It’s a very dramatic photo with the blue sky and some clouds in the backdrop, the orange gradient color of the sun setting. Look at the details of water, the boat colors – maroon and cream color. And as you zoom in towards the stern, you can read the boat’s name too. 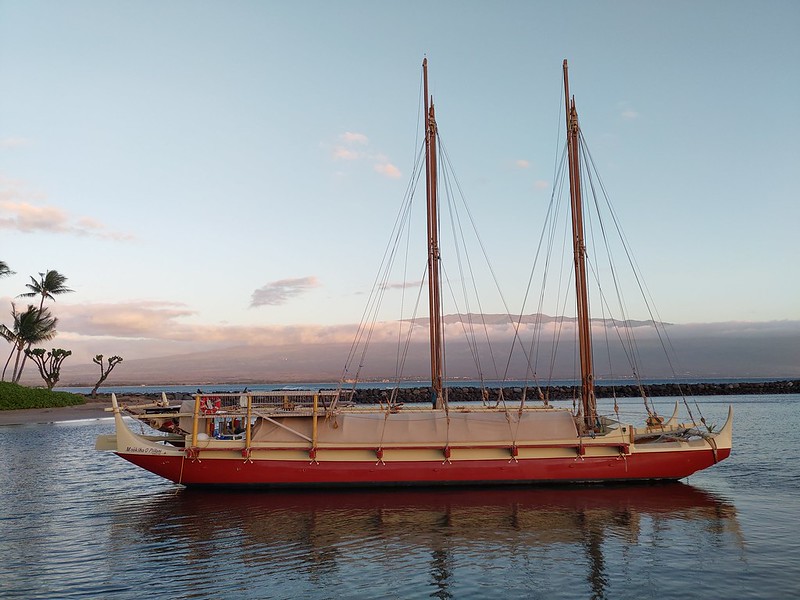 Next, I clicked photos of the lighting on the tree – well, the hotel was gearing up for Christmas. To the naked eyes, the lights were yellow, but the phone captures it as white, but you can’t put it at fault, as I tried it even with a top end iPhone, Pixel 3 and Galaxy Note 8 also, and the results were similar. 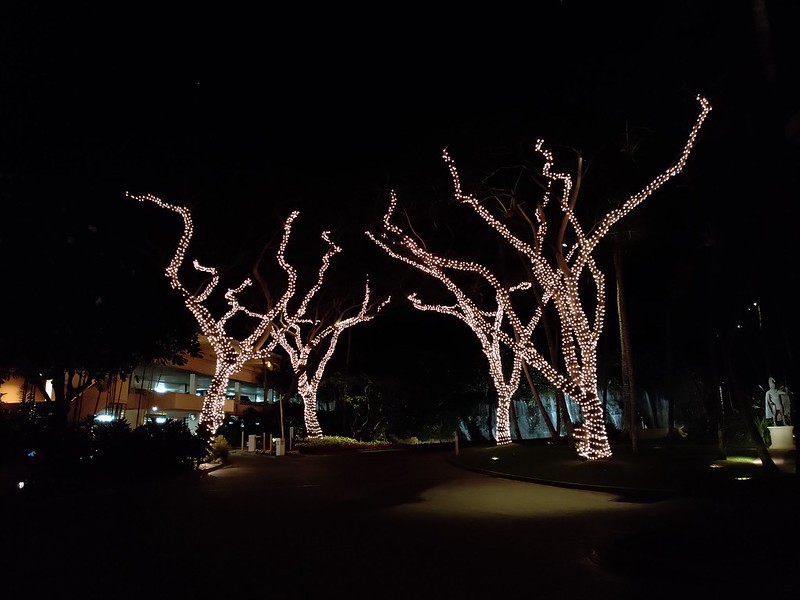 Then I went a little closer to the tree and captured a photo, and as you can see, this is another dramatic shot where the light colors were closer to what naked eyes could see. There was an artificial waterfall in the backdrop, which can be seen, and at the bottom, you can see the leaves and the camera sensor able to capture colors well. There is noise when that is visible as you zoom in the photo, but that is fine, especially considering the price point. 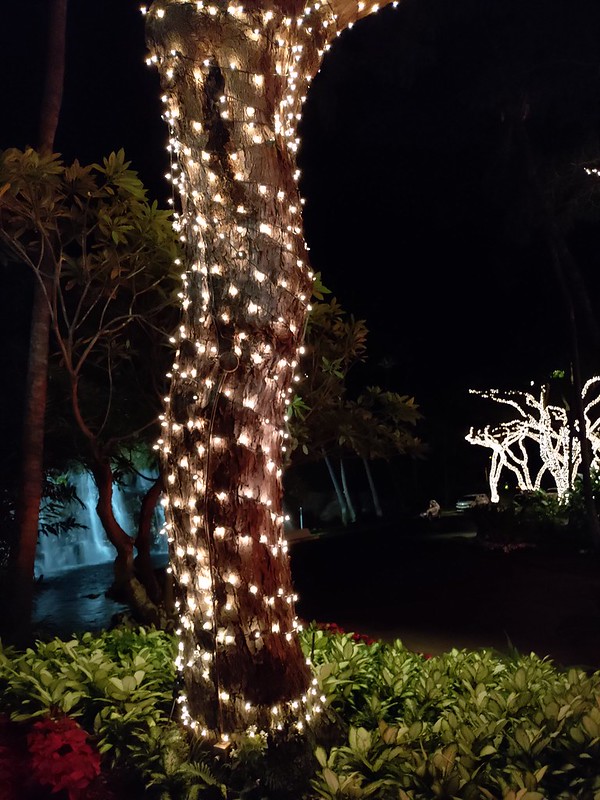 I would like to add that the sensor doesn’t play well when you are pointing at the light source, and some lens flare can be seen. And when you tap on the light before clicking the photo, it does a decent job, but the area around the light just goes dark. 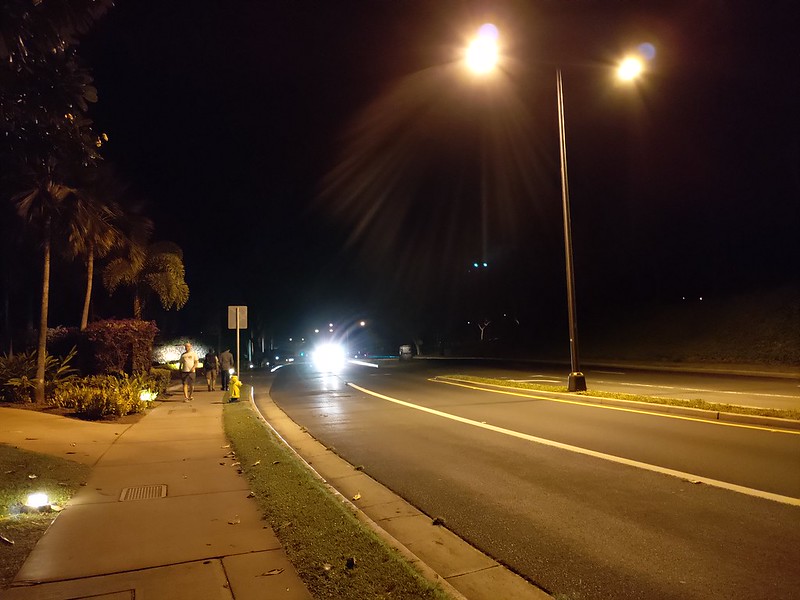 A look at other photos that I shot using the Nokia 8.1. 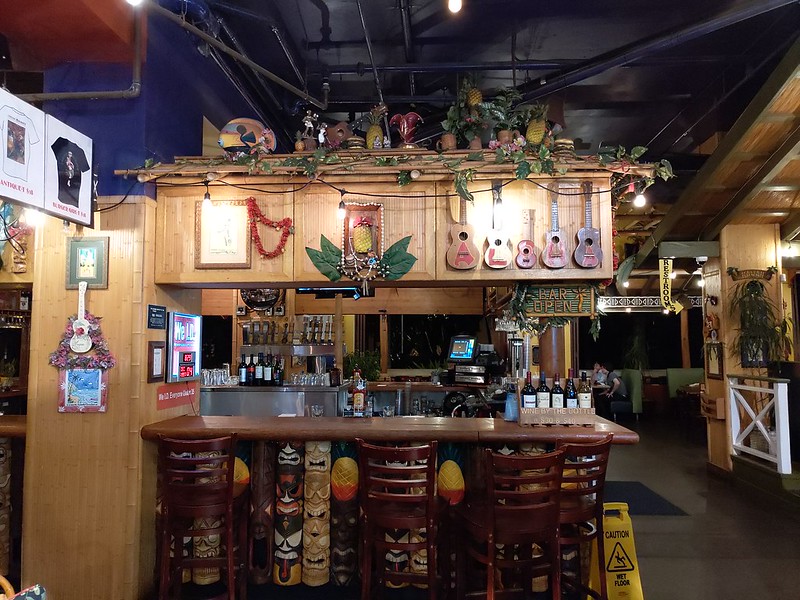 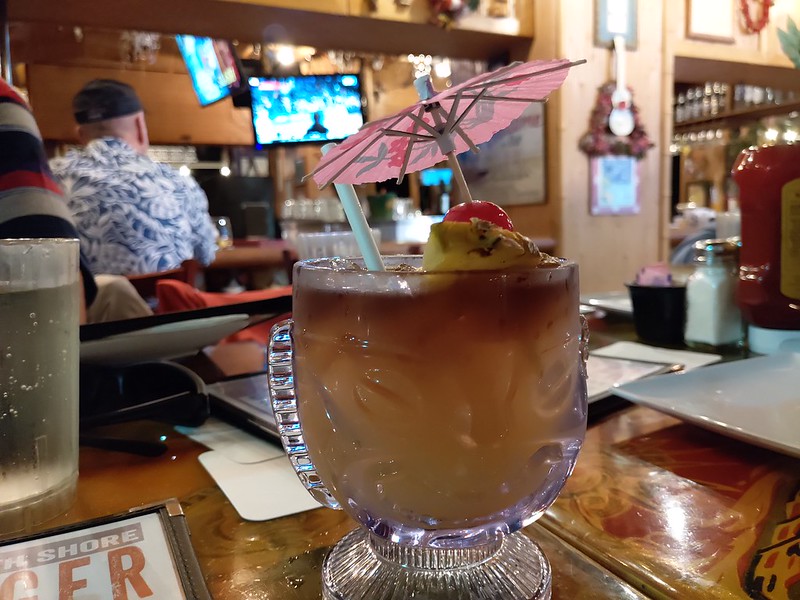 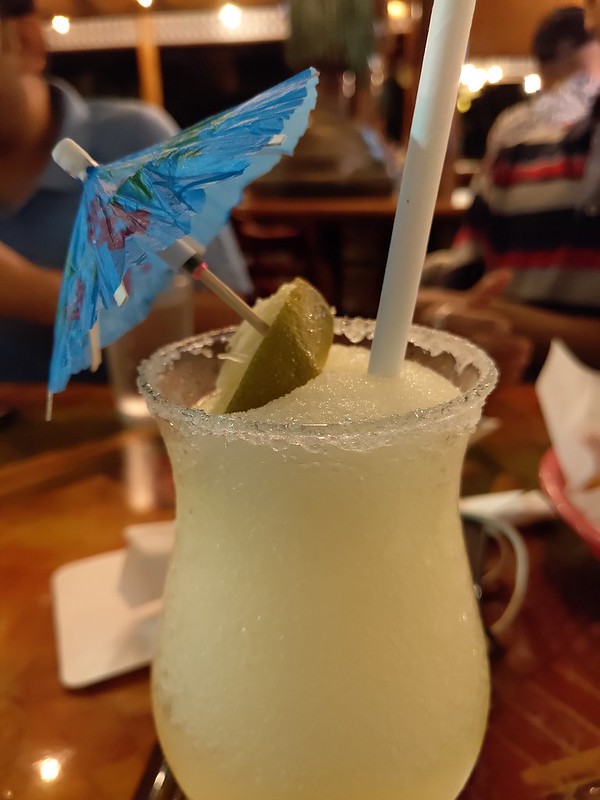 One reason why people prefer DSLRs is because you can capture some awesome portrait shots using it. Now, with dual cameras and AI doing their job, it is possible to click DSLR-like portrait photos on smartphones too. The quality may not be as close, but you can get good photos to share on social media.

Below are a couple of sample photos that I shot using the dual rear cameras, and as you can see, it has captured the scene properly. The bokeh effect is heavy, with the slider turned to maximum, giving deep blur effect. The edge detection here is good with the skin, but struggles with clothes and hair. Nevertheless, the end result has turned out to be good.

I clicked some selfies too, the 20-megapixel resolution helps in getting the details and skin tones right. There is AI portrait mode as well, and it offers very good edge detection.

As you can see in the above photos, the Nokia has improved on the camera aspect. I won’t call it an excellent camera, but for the price point, it’s doing a really good job and may give the competition a run for their money.