Nokia 9 PureView is an amazing multi-camera solution but HMD Global needs to focus on getting everything right.

Nokia is known for many things in the mobile world, chief among them are the Nokia 8810, Nokia 1100, Nokia N-Gage, Nokia N91, Nokia N900 and Nokia E71. While all of these phones stood out for bringing revolution to mobile device segment, the Finnish company also made devices such as the Nokia 808 PureView, Nokia Lumia 920 and Nokia Lumia 1020, which raised the bar for mobile imaging to such a level that every other mobile manufacturer was left with little option. HMD Global, which became official license of Nokia devices in 2016, has been looking for such a device for the last three years and at Mobile World Congress, it may have found just that with Nokia 9 PureView. Also Read - Nokia C30 budget phone launched with price under Rs 10,000: Check specs, price

Smartphones have replaced point and shoot cameras but they are still far from delivering an imaging experience that would rival a mainstream DSLR. That is the premise of Nokia 9 and PureView. The Nokia 9 PureView has been in news since last year and seeing one in flesh makes it a lot more intriguing. I wonder if this is the closest we would come to getting a DSLR quality image on a smartphone. But before that, I must say the Nokia 9 PureView doesn’t bring anything new in terms of design. Also Read - Nokia ultra-premium flagship phone could release sooner than you think

When you look at Nokia 9 PureView from the front, it features a design that is straight from last year, but the back has the penta-camera setup in the form of a circle and the whole metal back is textured in a way that it reflects the feel of glass back. When you look for designs, you go for Swiss mechanical watches and Formula 1 cars and the Nokia 9 PureView s Finnish design borrows lot from there including those leading lines which curves at the enclosure and no camera bump at the back, which is similar to an F1 car sitting on a track without its floor. The best Nokia design from HMD Global yet has to be the Nokia 8 Sirocco, but the Nokia 9 shows the company is trying to balance out design and performance.

Speaking of performance, the Nokia 9 PureView is powered by last year s Snapdragon 845 SoC coupled with 6GB of RAM and 128GB internal storage. Right out of the box, the storage seems much lower than what I would have hoped and HMD Global has also dropped microSD card slot, making me worry if I will run out of storage within days after capturing pictures with that camera. I think a lot of it has to do with the $699 sticker price that HMD Global has put on the smartphone. It is not that high for an ambitious device but the meat here is the penta-camera setup.

The back of the Nokia 9 PureView has five camera sensors arranged in a circular array. Three of them look to be in a straight line while the other two are placed either side. The arrange of these sensors is that three of them are monochrome and they make a triangle while the other two are RGB color sensors. One of the things to note here is that all of these five sensors are of 12-megapixel and have standard focal length of 28mm. The array of five camera sensors is powered by Light, a San Francisco based company which specializes in enabling multi camera mobile imaging experience.

Nokia says all the five cameras click an image at least once when you press the shutter button. In theory, it produces a picture that is equivalent to anything between 60-megapixels and 240-megapixels. The amount of data captured is so high that the phone takes between 6 and 10 seconds to process it on the device. If Google Pixel 3 is the teaser for computational photography then the Nokia 9 PureView is the real movie. Whether you like it or not, it is one of the most compelling showcase of mobile computing and imaging at MWC this year. During my limited time with the device, I realized that the Nokia 9 PureView tries to capture images that bind across multiple data points. For instance, it not only does enhanced dynamic range but also gives controls to multiple depth layers. While HMD Global did not have the most ideal scenario out here in Barcelona for testing the dynamic range, there were some key takeaways such as a color profile that stayed much closer to real scene. The composition did not result in aggressive processing seen on devices from brands such as Samsung and Huawei. The phone has three different monochrome sensors and in my limited time, I did not find the monochrome shots to be much greater than that seen from Huawei P20 Pro s monochrome sensor and the lack of final software means we will have to wait for couple of weeks. 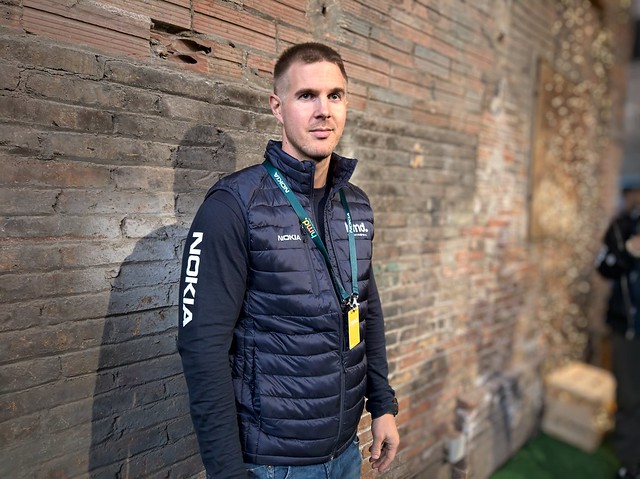 There is also bokeh effect, which HMD Global has worked with Google to implement an option for background as well as foreground blur. There is also an option to add a custom layer of setting on Adobe Desk.