The new OnePlus 7 comes with the latest Snapdragon 855 SoC, 48-megapixel rear camera, and improved software. But do these improvements make it a flagship to consider? Here's our review. OnePlus launched two flagship smartphones in the 7-series the regular OnePlus 7, and a premium OnePlus 7 Pro with a high-resolution display, pop-up selfie camera, up to 12GB RAM and more. We have already reviewed the Pro model and were left impressed. Now, it s time for the more practical OnePlus 7 that will be in the reach of budget-conscious users. Also Read - Oppo Reno 10x Zoom First Impressions: Rising to the occasion

The past month has been very interesting. We recently got the Oppo Reno 10X Zoom and my colleagues have been drooling over the zooming capabilities, and the shark-fin pop-up camera. Of course, there is the OnePlus 7 Pro as well. I talk to my friends about the phones every weekend when I meet them, and they had one question to ask how s the regular OnePlus 7? Well, here s my review to answer all those questions. Also Read - Google Pixel 3a XL Review: A wannabe Nexus with a great camera

Look wise, the OnePlus 7 is basically a OnePlus 6T with upgraded internals. There are two new paint jobs Red and Mirror Gray to help distinguish OnePlus 7 from OnePlus 6T. OnePlus sent us the Red color unit for review, and it s a top end one with 8GB RAM and 256GB storage. Up front, there is near edge-to-edge 6.1-inch FHD+ AMOLED display with thin bezels. On the top, there is a waterdrop style notch that houses the sensors and the front camera. A thin slit of earpiece grill sits right above the notch, and it doubles up as a stereo speaker for media playback. The OnePlus 7 comes with a glass back with Corning Gorilla Glass protection. The dual cameras and the LED flash module are vertically placed at the center back in the top half. And there is a prominent camera bump which I didn t like. The USB Type-C port is at the bottom, which serves as charging, data transfer, and audio port. OnePlus though hasn t bundled headphones with the box, and you ll need to buy one separately or rely on Bluetooth ones. There are a couple of compromises though no wireless charging and no water resistance. Of course, these are some of the sacrifices to keep the price tag low.

With a flagship smartphone, you expect great cameras. And in case of the OnePlus 7 Pro, it’s not so. But compared to the Pixels, Galaxys and iPhones, the OnePlus phones cost a fraction, so it s fine to settle on a sub-par camera. You get a 48-megapixel primary camera (Sony IMX586) with f/1.7 aperture, and features like PDAF and OIS.

You also get a 5-megapixel secondary depth sensor for portrait mode. My problem here is, while other OEMs can do AI portrait mode with a single camera, the second camera could have been the one with an ultra-wide lens. But now there s no point raising fingers, so let s talk quality. By default, the OnePlus 7 clicks photos in 12-megapixel resolution. If you want to take advantage of the 48-megapixel sensor, you ll have to click in Pro Mode. Photos look good in day-light with adequate details. Low-light shots are decent. There is night mode too, but it is isn t as good as the one on the Pixel 3 or Huawei P30 Pro.

I m not pleased with 48-megapixel photos as they lack post processing and AI additions. What you get is more like RAW with enough data to process it on apps like Photoshop, Snapseed and more. Up front, you get a 16-megapixel selfie snapper, and it clicks good photos, if not excellent. Check out some camera samples below. 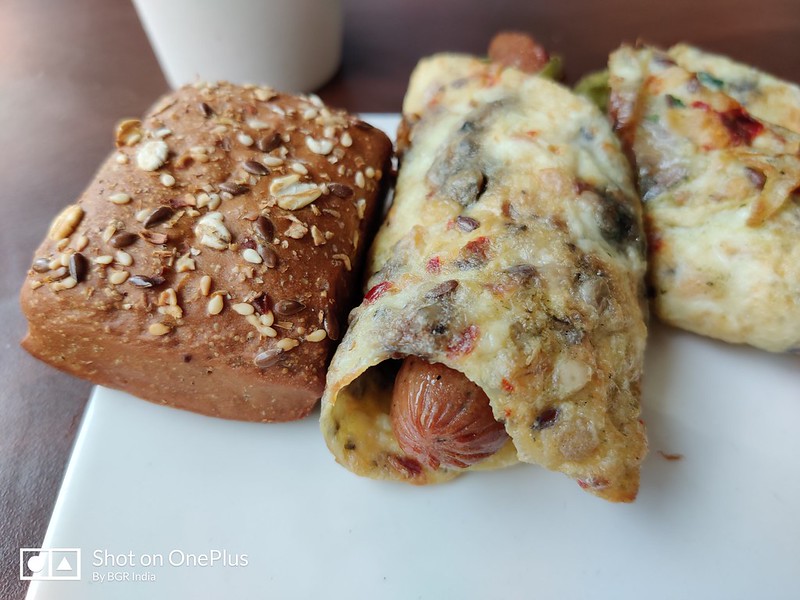 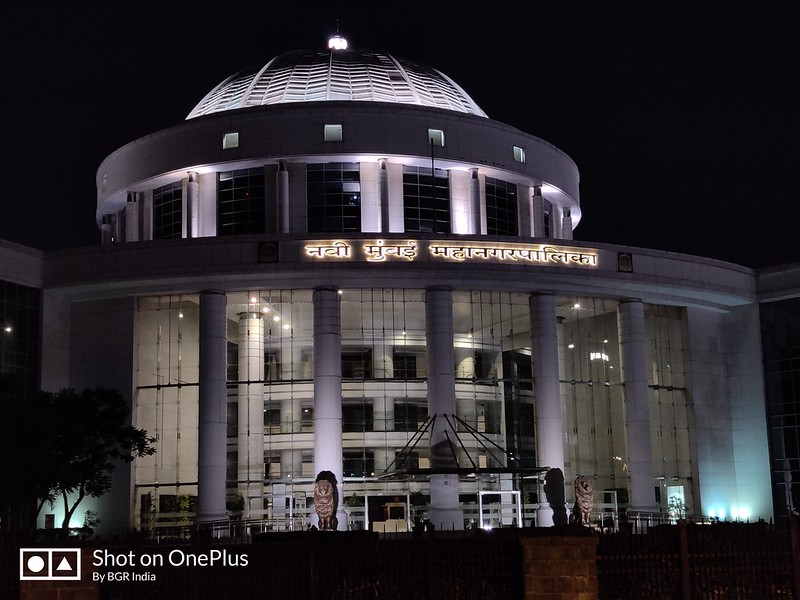 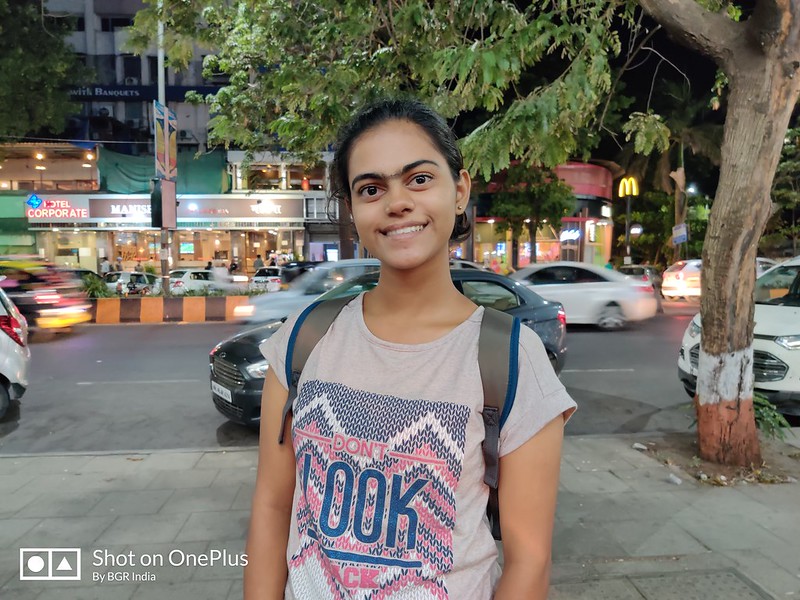 Software has been one of the strong points of OnePlus phones. You get near stock Android 9 Pie with OxygenOS skin on top, and April 2019 security patch. OnePlus seems to have really worked hard to tweak the software, and offer a smooth experience. There are some pre-installed apps such as Kindle and Amazon Shopping that can be uninstalled. There is Netflix and some Google apps that cannot be uninstalled. Interesting additions include system-wide dark mode, ambient display, built-in screen recorder, and reading mode. The reading mode is very helpful at night, it turns the screen greyscale to make reading easier, and reduce stress on eyes. Then there is Zen Mode, which disables all features of the phone (for 20 minutes) except the camera and ability to make emergency calls. It s an extension to Digital Wellbeing allowing you to take a break and enjoy the world around you. Last and interesting one is the Fnatic Mode that supercharges your phone while gaming. It optimizes CPU, GPU and RAM for smooth gaming experience. It also blocks calls and notifications to keep distractions away so that you can focus on the game. This is my personal favorite, which came handy during PUBG sessions. Under the hood is a 7nm Qualcomm Snapdragon 855 octa-core SoC, which is pretty powerful. Coupled with up to 8GB RAM and well optimized OS, the OnePlus 7 offered a buttery smooth performance during my review period. Having 8GB RAM may sound overkill, but it makes your phone future proof for at least three years. Be it playing games, or multitasking between apps, the phone was able to run through the paces without any issues.

Talking about security, you have face unlock which is one of the fastest in quickly unlocking the smartphone in a blink of an eye. There is also the optical in-display fingerprint scanner which is also pretty fast in unlocking the device. Lastly, I d want to talk about the battery life. The OnePlus 7 comes with a 3,700mAh battery with 20W fast charger bundled in the box. The charging speed is blazing fast, where it takes the battery to 50 percent in about 30 minutes, and a little over 90 percent in an hour. And with heavy usage, I could manage to get a little more than a working day worth juice. With moderate usage over the weekend, I charged it to full on Friday evening, and could go on till Sunday morning before needing to charge again.

My usage during this period involved 30 minutes of PUBG, 50 minutes episode streaming on Netflix on 4G, and some social networking on Instagram, Facebook, Twitter feed. Occasionally, I was also keeping a track on the news and communicating with colleagues over Slack. With all this, I managed to get screen-on-time over a little above six hours, which is impressive.

Should you buy the OnePlus 7?

Sure, the OnePlus 7 Pro has all the tricks up its sleeve, but the OnePlus 7 is a more practical flagship smartphone. You can get the base model with 6GB RAM and 128GB storage for Rs 32,999, and top end model with 8GB RAM with 256GB storage model for Rs 37,999. The OnePlus 7 offers a premium design, good overall cameras, snappy processor and fluid performance without breaking your bank.

Of course, the cameras could have been better, one would also expect water resistance, a higher resolution display, wireless charging and more. But, all those features will bump its cost, which means, it would lose the tag of flagship killer. If you want more, the OnePlus 7 Pro with pop-up selfie camera, triple rear cameras, bigger battery and higher resolution display with 90Hz refresh rate could be worth considering. It starts at Rs 48,999, and goes up to Rs 57,999 for the top model with 12GB RAM and 256GB storage.

Talking about competition, there is Oppo Reno 10x Zoom with a periscope style 10x zoom camera, shark-fin pop-up selfie snapper, Snapdragon 855 SoC and more. There is also Black Shark 2 gaming smartphone, Google Pixel 3a XL, and Samsung Galaxy S10e in the same price segment that you can consider.