OnePlus 7T Pro Long Term Review: You get what you pay for

With the OnePlus 8 series launch just weeks away, we thought that this is the right time to revisit the 7T Pro. Here, we will talk about how the 7T Pro holds up after six months of rigorous use. OnePlus is all set to launch its much anticipated, OnePlus 8 series on April 14. The company has already shared a number of teasers to hype up the arrival of its next flagship smartphone lineup. But, as noted in previous reports, the company is switching it up a bit in terms of the pricing. The inclusion of 5G and Snapdragon 865 SoC is likely to make the device a costly affair. Reports also note that though the company is likely working on an affordable lineup with its rumored OnePlus Z series. However, this affordable series will likely land in the market at a later date. Also Read - OnePlus 7T and 7T Pro get a new update with March 2020 Android security patch

The OnePlus 8 series launch comes six months after the launch of its current flagship offering, the OnePlus 7T series. As part of the series, the company launched its OnePlus 7T, 7T Pro, and 7T Pro McLaren devices. The 7T Series featured minor upgrades over the outgoing OnePlus 7 series including the SoC and the charging speed. With the launch just weeks away, we thought that this is the right time to revisit the 7T Pro. We have already shared our thoughts on the OnePlus 7T. Here, we will talk about how the 7T Pro holds up after six months of rigorous use. Let’s dive in. Also Read - OnePlus 8 earns DisplayMate's highest A+ rating; MEMC tech to work with YouTube, Netflix and more

First up, one should note that I have been using the 7T Pro McLaren for about four months. I switched to McLaren after using the 7T Pro for about two months. Though the review is based on my experience with the McLaren, it is also applicable to the regular 7T Pro. It is also worth noting that the McLaren only comes with two major difference when compared with the 7T Pro. These include 12GB RAM instead of 8GB and Corning Gorilla Glass 6 on the front and back. The regular version comes with Gorilla Glass 5 for protection. Other obvious differences lie in the cosmetics which don’t bring any usability or performance changes to the table. Also Read - OnePlus 7T long-term Review: Still the best in its segment? Now that we have clarified the differences, let’s dig deeper into how the OnePlus 7T Pro holds up. Similar to a regular review, let’s talk about the design of the smartphone. The 7T Pro comes with a 6.67-inch Fluid AMOLED display with 1,440×3,120 pixels resolution. This makes the device quite large in size. Other aspects of the design include an all-glass design along with a pop-up selfie camera.

For the large part, the design is as fresh as it was six months back. We are aware that the smartphone world has moved on from the pop-up camera in favor of the punch-hole. The 7T Pro McLaren features a unique finish that wasn’t as clean as the regular version. However, these things don’t change the larger picture here. It is interesting to note that OnePlus 8 Series leaks indicate that there won’t be many changes on this front. Similarly, the large bezel-less and notch-less display are one of the highlights of the smartphone. The 19.5:9 aspect ratio curved display with 90Hz refresh rate and support for HDR10+ and 100 percent DCI-P3 is as great as the first day. In fact, it is one of the primary reasons why I stayed with the OnePlus 7T Pro. OxygenOS, the Android-based near-stock skin has been one of the most attractive points of all OnePlus devices since the beginning. The company has been quick with roll out of the latest updates for its newest devices. However, the pace of updates does slow down as the device gets older. It is also worth noting that the software is not really flawless. But, the company has been much quicker at fixing any minor bugs with frequent updates. The device gets the latest Android security patches on a regular bi-monthly schedule along with a relatively new Open Beta program. Regardless of the pace, the OS is one of the best in the market.

Performance of the OnePlus 7T Pro

Now, let’s move to one of the most important sections of this long term review, the performance. The OnePlus 7T Pro has been spectacular in this department especially considering my usage. I have about 350-400 apps on the smartphone and use about 30 of them almost every day, all the time. However, the smartphone handles this amount of heavy multi-tasking like a champion. It is also worth noting that I have managed to choke down the smartphone twice while making it stutter some other times. But, I do maintain that the freezes and stutter were mostly because of optimized software than the hardware. The speakers and the microphone were on point during calls, music playback and audio recording.

The camera is likely an average point for OnePlus 7T Pro. This is not to say that it is bad or anything, certainly much better than what we saw at the launch. However, it is not as incredible as the top-of-the-line smartphone cameras. For the most part, 7T Pro manages to capture good images in ideal lighting conditions. In fact, it can also capture good images in low lighting along with occasional good images in the nightscape mode. 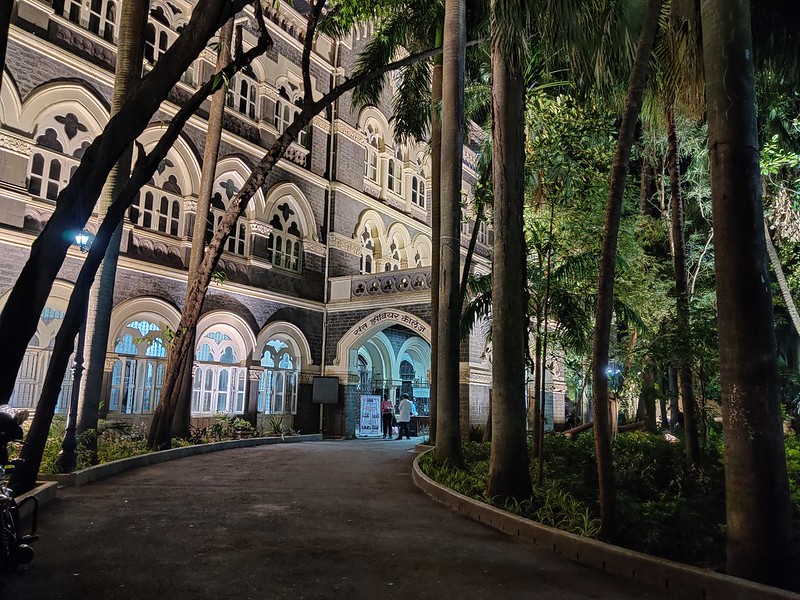 Though, all the images have a certain “contrasty” look that you recognize with time. However, the smartphone is just about 85-90 percent there when compared with the latest Samsung Galaxy S smartphone or the iPhone in the camera department. This is similar to what we noted in the initial review of the smartphone. But, taking a look at the price range, this difference in image quality almost makes sense. Taking a closer look, it is easy to note that OnePlus 7T Pro is the smartphone that you pay for. OnePlus has added a 4,085mAh Lithium Polymer battery on the smartphone. It may be in line with other flagship devices in the market. However, the device does not offer that huge battery backup. I usually found myself reaching out for the charger after 7-8 hours of a regular workday. However, the Warp Charge 30T technology almost made up for the absence of a truly all-day battery backup. In addition, the absence of a wireless charger may be a bummer for some, but it is not really a necessity in India.

Conclusion: Should I buy the OnePlus 7T Pro? To conclude, OnePlus 7T Pro continues to be an impressive smartphone even after about six months of heavy use. The device stands tall on its strengths while continuously improving on the somewhat weaker aspects. In fact, it can stand its ground with most 2020 flagship smartphones in most aspects. If you are looking for a new smartphone, it is best to wait for the OnePlus 8 Series. However, if you want a smartphone right now and don’t want to borderline break your bank, OnePlus 7T Pro is a good option. You can further push the price of the smartphone with the help of the available exchange offers. Closing the review, as mentioned in the camera section, you get what you pay for.