OnePlus’ mid-year refresh, the OnePlus 7T series, is now complete after the 7T Pro launch. The global unveiling took place in London earlier this week. Last month, the company was expected to launch the OnePlus 7T and the 7T Pro alongside the all-new OnePlus TVs in India. But we only saw the arrival of the 7T alongside the televisions. Now, the 7T Pro has also arrived in India via Amazon India. It is priced at Rs 53,990 for the standard 8GB+256GB configuration variant. The company has also launched a special ‘OnePlus 7T Pro McLaren Edition’ globally. The smartphone boats 12GB RAM with 256GB storage. It is priced at Rs 58,999 in India. Also Read - OnePlus is working with PUBG Mobile for an optimized mobile experience

The company has made a habit of launching smartphones every six months. OnePlus believes that it wants to provide latest technology to its consumers without them having to wait for a full year. That said, the 7T Pro is a minor upgrade over the existing 7 Pro. OnePlus has put in a faster processor with improved fast charging, but is it worth upgrade? Read my full review to find out. Also Read - OnePlus 7T Pro, OnePlus 7T Pro McLaren Special Early Access Sale details, India pricing and availability OnePlus 7T Pro looks exactly same as the OnePlus 7 Pro. There aren’t any major visual changes, except that the laser auto-focus sensor in the primary rear camera now sticks out on the left of the setup. The new Nebula Blue color offers frosted glass finish like the iPhone 11 Pro. It is now less prone to fingerprints, but the phone remains slippery. Also, the big phone is difficult to handle and operate with one hand. Not just that, the weight also irritates during prolonged usage. Coming to the display, the phone still flaunts the same display as the OnePlus 7 Pro. It boasts a 90Hz panel which measures 6.67-inch, and offers QHD+ resolution (1440×3120 pixels). There is HDR10+ certification and DCI-P3 color profile support as well. It’s an AMOLED display panel without any notch. The front-facing camera still remains in the same pop-up motorized mechanism, which I personally don’t like. In terms of display performance, the touch quality, color reproduction and brightness levels are unsurprisingly top-notch. The only big change in the OnePlus 7T Pro is its processor. The company has upgraded it to Qualcomm’s latest Snapdragon 855+. During my review time, I found it to be as snappy as the Snapdragon 855 on the OnePlus 7 Pro. The chipset combined with UFS3.0 and high-refresh rate display, makes the phone’s experience fluid. Over-and-above, you also get Android10-based OxygenOS 10.0 right out-of-the-box. In terms of gaming, the OnePlus 7T Pro is great for all high-end games, but the display will consume a lot of battery if 90Hz is kept on by default. The in-display fingerprint scanner feels as fast as the OnePlus 7 Pro, although the company says they have improved it further. Just like the OnePlus 7 Pro, the latest 7T Pro also boasts a triple-camera setup with exact same specifications at the back. The alignment of the camera is largely same, except that the laser auto-focus sensor on left side. OnePlus has tried to improve on the fast focus, but it is very negligible in daylight conditions. Similar to OnePlus 7T, the 7T Pro also gets the super macro mode. The company has done a great job here, without any dedicated macro lens. You can shoot a subject at a proximity of just 2.5cm. The results come out impressive, and images look sharp with minimal noise. In case of wide-angle shots, the camera still takes a little longer to focus on its own. That said, the images quality is great mostly. The images clicked by me had good dynamic range with a lot of detailing and slightly over-saturated colors. The wide-angle camera is just about okay in my opinion, and OnePlus needs to improve upon the image detailing.

Low-light photography is decent on the 7T Pro, like the predecessor. OnePlus has also improved its Nightscape mode. That said, OnePlus 7 Pro camera is great in it own way and you’ll have no problems. Just that, in comparison to Galaxy S10, Huawei P30 Pro and Google Pixel 3, the difference is noticeable. So, we are expecting improvements through software in future. Check camera samples below (sildeshow). 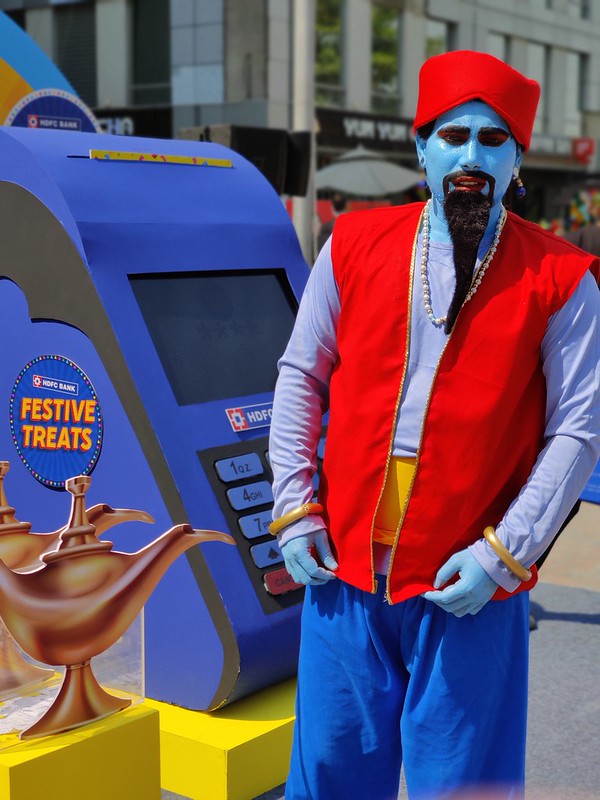 Talking about the front camera, I found it to be great for selfies in the portrait mode or otherwise. The detailing and edge detection looks quite sharp on the results. Also, the subject separating from the background is very good. 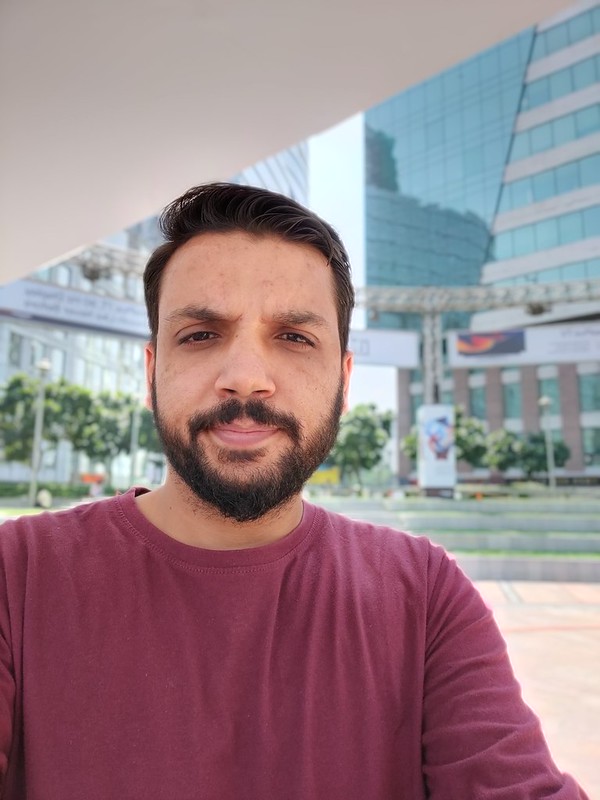 The 7T Pro has got a marginally bigger battery – bigger by just 85mAh. Instead of 4,000mAh battery, the 7T Pro ships with 4,085mAh battery. In case you are wondering, let me tell you, the difference is negligent. During my usage, the phone’s battery couldn’t last one full day. I use two active SIM cards with over 100 apps, which include everyday use of social media apps, Google Maps navigation to-and-fro work, a little bit of video streaming, calls and emails. I kept the phone’s display on default 90Hz, and enabled dark mode during my review time. Even if this phone won’t last you one full day, there is one exceptionally good thing about its fast charging. OnePlus has improved on the charging speed from the 7 Pro. The phone now takes about 1 hour 15 minutes to charge to 100 percent. To give you a charging break-up, the first 15 minutes will give you 30 percent of charged battery. In 30 minutes, it goes up to 60 percent. In 65 minutes, the battery reaches 95 percent, and from there on, the last 5 percent takes about 10 minutes.

Verdict: Should you buy the OnePlus 7T Pro? There isn’t any substantial difference in the 7T Pro except the new processor (which feels same) and the Warp 30T fast charging (which has improved). OnePlus has priced it quite higher in India from the 7 Pro. It now costs Rs 5,000 extra. That said, in case you are a first time buyer, and want to purchase the 7T Pro, it’s a no-brainer choice, you can simply buy it over the other phones in the same price bracket. In case you are willing to spend extra, then Samsung Galaxy S10, iPhone 11, Huawei P30 Pro and Samsung Galaxy Note 10 can be looked at.