As brands in the budget smartphone segment are playing the specifications war, the competition is getting fiercer. Phone makers are not only offering top-of-line hardware at a fraction of cost, but also phones with a real style statement. Oppo is among those that has been consistent in producing phones with unique features and good hardware, coupled with a captivating design. Now, with its latest budget Oppo A5s smartphone, the company aims to capture buyers’ attention by offering a big battery, and decent cameras wrapped in a classy chassis. Also Read - Oppo F19 Pro, F19 Pro+, Style Band to launch in India on March 8: Expected price, specifications

The Oppo A5s shares a lot of specifications and features with the Oppo A7, except the selfie camera and chipset. The Oppo A5s packs a big 4,230mAh battery, a tall 19:9 display with a tiny notch, dual cameras, and more. But is that enough to bag the badge of a good phone in the Rs 10,000 segment? Read our Oppo A5s review to find out. Also Read - Oppo F19 Pro, F19 Pro+ India launch expected soon, teased on Amazon India The Oppo A5s shares the DNA of some of the recent devices from the company, including the likes of the Oppo F9 Pro, Oppo A7, and Oppo K1 to name a few. The device features a contemporary look, and a near edge-to-edge display with a small notch and larger screen-to-body ratio. Nowadays, every other phone maker is offering a waterdrop-style notched display for a more immersive experience, and Oppo A5s is no exception. Also Read - Oppo Reno 5 K officially announced as another Reno 5 variant: See details

The frame of the phone is made of metal. While the smooth glossy rear panel looks good, it is prone to fingerprints and smudges. The handset may look classy in black color, but Oppo could have offered a gradient design option as is the current trend. Nevertheless, the gold accent around the horizontal dual rear camera setup, and fingerprint sensor add flair to it. There is an oval-shaped fingerprint sensor as opposed to circular, which is placed too high. This might be an issue for many as it is a bit too high to reach. As for the display, the Oppo A5s features a 6.2-inch HD+ display with a 19:9 aspect ratio. The display renders vivid colors, and brightness levels are decent enough. We had no issues during outdoor visibility. The front panel is covered with a Gorilla Glass 3 layer. Some people might find an issue with the lack of option to hide the notch, but the waterdrop design is quite unintrusive.

The Oppo A5s runs the general and social media apps decently. However, we did witness a bit of lag when switching between apps. There was also a noticeable lag in launching certain apps. The handset is good enough for binge-watching, and it performed well with very casual games. Furthermore, the face unlock works fine, and the fingerprint sensor is pretty good as well. The Oppo A5s ships with Oppo’s custom OS, which is ColorOS 5.2. It is based on the dated Android 8.1, which is disappointing. But, you do get a lot of shortcuts, gestures and features too. There is Smart Sidebar, game space, multi-screen, kid space, a bunch of different security options and more. Oppo’s ColorOS also offers in-depth notification permission and management system options, which is pretty good. The Oppo A5s offers a great battery life. It is fueled by a big 4,230mAh. With general usage, which includes slight messaging, browsing, a bit of binge-watching and casual gaming, the handset managed to deliver more than one and a half days of battery life, without running out of juice. The battery optimization algorithm works well, but you might get annoyed as it kills background apps to hinder them from draining the battery. But, you can lock the app that you don’t want to get killed in the background. One can even head to the settings menu and turn battery optimization off. The Oppo A5s packs a 13-megapixel primary sensor with an f/2.2 aperture and a 2-megapixel sensor with an f/2.4 aperture, which aids both depth sensing as well as 2x zoom. Everything looks decent in daylight with good enough details. However, you will notice some corner softness, and lack of sharpness too. The color reproduction is moderate, but the HDR mode works really well. It helps retain details and delivers better shots. 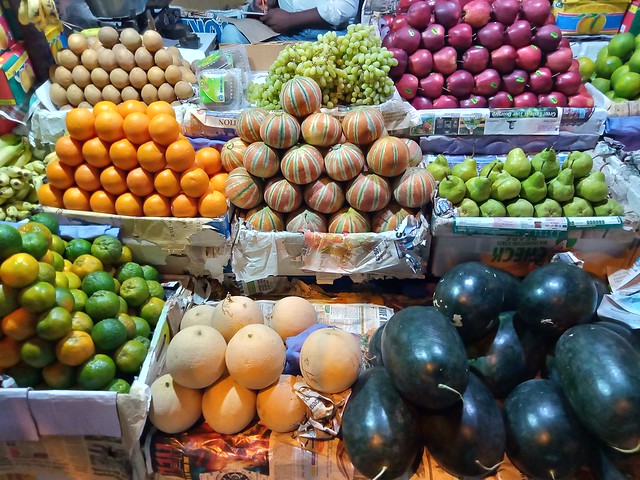 Macros looked fairly decent with punchy colors and adequate details. As for the Portrait shots, edge detection is not bad. Overall, you can get decent shots, which you can confidently share via your social media account. But, don’t try to analyze the pictures too deeply as you will witness softness, minimal details and color reproduction.

During low light, the camera struggles a bit and you get passable shots. At night, the focusing speed drops even more and takes time to deliver the final output. On the front is an 8-megapixel selfie camera with an f/2.0 lens. One can get good selfies under sunlight. But, the AI beatification feature is too aggressive, and we ended up with bad skin softening effects and white skin tone, resulting in artificial shots. Furthermore, the front portrait mode’s edge detection doesn’t work well.

Oppo A5s: Should you buy it? The Oppo A5s is a classy looking smartphone, and its big 4,230mAh battery is its strongest point. If you are looking for a budget phone with contemporary waterdrop-style notch display design, a big 6.2-inch panel, a great battery, and decent cameras, then you can buy the Oppo A5s. At Rs 9,990, the device will face tough competition from its counterparts, including Xiaomi Redmi Note 7, Redmi Y3 and Realme 3.