Oppo F19 Pro+ 5G is a decent option that comes with a host of features like 5G support, good quad rear cameras, and a stylish design. In 2021, we could see a surge of 5G smartphones in India even if the technology itself is expected to be commercially rolled out by later next 2022. OEMs are using this as an opportunity to make consumers future-ready by adding 5G capabilities in their devices. Oppo is one such player which has launched its latest 5G-equipped smartphone series dubbed the Oppo F19 Pro series. Also Read - Smartphones launching in India next week: Vivo X70 series, Mi 11 Lite NE 5G, Samsung Galaxy M52 5G, and more

Of the Oppo F19 Pro and the Oppo F19 Pro+, the latter comes with 5G support, which is one of its selling points. The company has gone an extra mile to reaffirm this by printing ‘5G’ on the back camera module. Also Read - Oppo F19s will launch in India on September 27: Here's what to expect

If we talk about other specifications, it comes with a 48-megapixel quad rear camera setup that we saw on its predecessor Oppo F17 Pro, though it adds a macro sensor on the new phone. The F19 Pro+ 5G also retains a sleek body design and a 6.4-inch display. Also Read - Top phones with AMOLED display under Rs 25,000 in September 2021 The Oppo F19 Pro+ 5G gets a hole-punch display that is small and barely interferes with the viewing experience, which is great. Turn the phone, you will be able to see a quad rear camera setup on the top left, placed inside a rectangular camera module. The camera module is embedded behind a single piece of Corning Gorilla Glass 5 protection layer that I believe makes the overall design look neat. The Corning Gorilla Glass coating ensures the lenses do not pick up scratches, despite the fact that the camera module juts out.

You get volume rocker keys on the left edge, while the power button (which can also be used to summon Google Assistant) is on the right edge. The buttons are placed ergonomically, well within reach, and offer good tactile feedback. The design is one aspect that impressed me the most. I got the Space Silver colour variant for review, which looks elegant and stylish. The smartphone gets what the company calls a silkscreen coating. Despite sporting a polycarbonate back the phone look premium for its price tag, which is great.

The curved sides give the phone a good grip and thanks to a matte finish, it is not slippery. However, it does attract fingerprint smudges so getting a back cover is probably a good idea to keep it clean.

The phone is surprisingly light at just 173 grams, despite a big 4,310 battery. Another positive is the sleek and tall body, which further makes it easy to hold the phone. The Oppo F19 Pro+ retains a 3.5mm headset jack just like its predecessor and ships with earphones in the box, which is a rarity these days. It sports a USB Type-C charging port, which is placed at the bottom edge, along with single-firing speakers.

The Oppo F19 Pro+ gets a 6.4-inch FHD+ punch-hole display, which I feel is a comfortable size for usage, be it consuming YouTube videos or playing games. The smartphone sports slim bezels, which results in the great viewing angles it offers. In bright outdoors, I did not have to struggle much to view the screen as it offers rich colours and sharp contrast most of the time. The MediaTek 5G Dimensity 800U chipset is capable of handling most day-to-day tasks with ease. The phone does not lag with basic tasks like watching videos, streaming music, clicking photos, opening multiple tabs in Chrome, and switching between them.

When it comes to gaming, the phone does not stutter with basic games like Temple Run 2 and Candy Crush Saga. However, playing graphics-heavy games like Call of Duty: Mobile and Asphalt 9: Legends were not exactly a smooth experience as there were noticeable lag and a drop in frame rates. A higher refresh rate screen would definitely have been handy, especially when it comes to gaming. I must mention that the phone gets warm from the top within 15 minutes of playing graphics-intensive games, though not worryingly hot.

The phone gets an in-display fingerprint sensor 3.0, which works like a charm. The sensor is responsive and I was able to unlock the device quickly each time I used it.

The Oppo F19 Pro+ 5G runs the company’s Color OS 11.1, which is their latest version based on Android 11. It is good to see the phone ships with Android 11, instead of an older Android 10 OS. The Oppo smartphone ships with a bunch of bloatware apps that you might not want to use. Some of these include Soloop, O Relax, and more and thankfully, most of the apps can be uninstalled.

I have typically found Oppo’s software rather cluttered, but the company has improved quite a bit on this front over time. Some customisations are nice to use such as Flex Drop, which essentially allows you to use multiple apps at once as apps can be kept open in a small, floating window. Then there’s also the One-tap App Lock feature that I found handy and useful. The Oppo F19 Pro+ offers a bunch of customisations and gestures as well. Air Gestures is an interesting one where you can just flip your hand up from a distance of 20-40 cm to answer a call. I say interesting, because I failed to find a use case for this in real life. So, you have answered a call using air gesture but eventually, you will need to pick it up to talk. An air gesture to also turn on the loudspeaker would have been nice.

The Oppo F19 Pro+ 5G gets a 48-megapixel quad-rear camera setup, much like its predecessor, though the company has added a macro sensor on the new phone. The back camera can produce some stunning results in places where there is ample light. The photos look sharp and retain great amount of details, which is expected from a Rs 26,000 phone.

Bright colours like reds and pinks do not look oversaturated, which is another plus. The auto-focus is fast and image rendering is almost instantaneous, so the phone scores on this front too. The camera layout is easy to use with the most basic options like Night and Portrait upfront. Even in low-light conditions, specifically using the Night mode, the camera could produce images almost instantaneously, something a lot of phones struggle with. The Night mode does a good job of making pictures sharper and retaining details, which you would otherwise miss on the normal mode. I have to say the colours do look a bit artificial, a problem that I have faced on Oppo phones in the past as well.

The issue of artificial colours isn’t just limited to the back camera but extends to selfie shooter as well. The photos I clicked in bright light appear brighter than in real-life, though detailing was not an issue. The pictures appear social-media ready for those who like to heavily edit their photos before posting. I was happy with the Portrait mode as well as it does a good job of blurring the background. 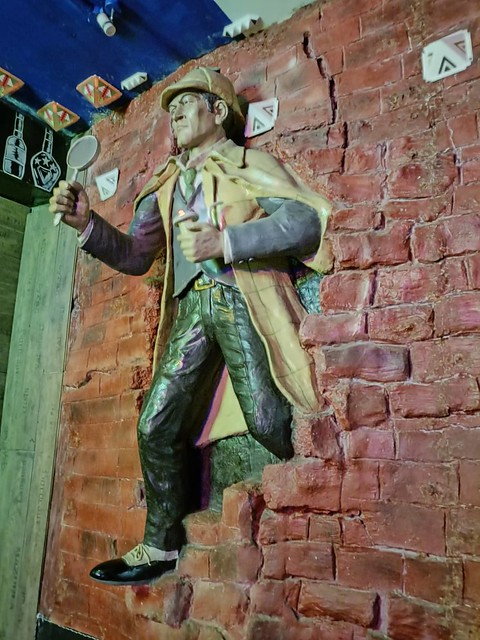 In dimly lit places, the selfie camera makes you a little too bright, even without the flash turned on. It also loses out on details and the photos look slightly grainy on the edges.

Coming to the macro mode on the back camera, I had to struggle to click good pictures, thanks to a lack of auto-focus. Honestly, using the macro camera is a task and after many unsuccessful attempts, I did give up on it. The ultra-wide camera, again, does not offer auto-focus and the results I got were decent.

The battery on the Oppo F19 Pro+ 5G lasted a day and a half with moderate usage, and a day with heavy usage. Frankly, this is a bit of a letdown given most smartphones at the price range offer a battery capacity of 5,000mAh or more. The battery is probably a trade-off for a sleek and lightweight design for those who would prefer it that way. The plus point, however, is that the charging is incredibly fast. The phone charged from 20 percent battery to 80 percent in just 25 minutes and to a 100 percent in a total of 40 minutes, which is great. The phone supports 50W Flash charge technology and this charger comes bundled in the box.

The design, processor and camera are easily some of Oppo F19 Pro+ 5G’s strengths. I personally believe that the smartphone will have a tough time justifying the Rs 26,000 price tag, especially when rivals like the Realme Narzo 30 Pro is offering comparable specifications like a bigger 6.5-inch 120Hz display, 5,000mAh battery, MediaTek Dimensity 800U SoC and5G support at a much lower price of Rs 19,999.

I feel the Oppo F19 Pro+ 5G would have been more value for money if the company decides to bring down the price in the future.