Can the Realme 3 Pro stand on its own against the likes of Xiaomi Redmi Note 7 Pro, the Nokia 6.1 Plus, Samsung Galaxy M30, Galaxy A50, and more? Let’s find out. Realme, which started out as Oppo sub-brand, has taken the market by storm in just a year since launch. The company has launched a number of smartphones while mounting a healthy competition to its rivals in the entry-level, budget, and even the mid-range price segment. Also Read - Realme Narzo 50i Prime is company's latest affordable phone with Android 11

Today, Realme launched its latest smartphone in the market, the Realme 3 Pro, with prices starting at Rs 13,999. It will be going on sale starting April 29. Talking about the competition, the Realme 3 Pro will be up against the likes of Xiaomi Redmi Note 7 Pro, Nokia 6.1 Plus, Samsung Galaxy M30, Galaxy A50, and more. We put the new smartphone through its paces to see if it can carve a niche out for itself in the crowded mid-range segment. Read on. Also Read - Apple dominates list of top 10 best-selling smartphones, followed by Samsung, Xiaomi An increasing number of smartphone makers are introducing gradient designs or multi-layered reflective gradient-like finishes in the mid-range and budget segment. Realme was one of the early adopters, and the glass-like finish makes a return in the Realme 3 Pro. However, the gradient finish is not static and fixed like what we saw in the Realme 3. Instead, it is dynamic and changes according to the angle of the light. The multi-layer finish also sports a lined-finish on the back. Other aspects of the design of the device are similar to what we have seen in the past with the Realme devices and other smartphones. In terms of usability, Realme has done a good job as the device looks stylish and modern. The device comes with an S-shaped gradient on the back which is made to imitate a typical racing track. Users will find the power button on the right side, the volume buttons and triple slot-tray on the left side. The 3.5mm audio socket, microSD card slot, and speaker grill are at the bottom. The curved edges on the back along with a 2.5D display on the front result in notable improvements in the grip of the device along with better in-hand feel. The design also gives us a clear idea about how well built the device really is. The combination of premium design, high-end material, and the right weight ensures that the users will not get tired while using the smartphone. One tiny problem that I found was that the 6.3-inch screen may be a tad bit larger for users with small hands. Overall, the Realme 3 Pro managed to impress me in this department. Armed with Snapdragon 710 AIE SoC and Adreno 616, Realme 3 Pro easily handled almost any task that I threw at it. This includes heaving gaming, multiple apps, and heavy multitasking. In the initial stages, the device was heating up slightly, but that problem was fixed after a software update. While the device did heat up during long gaming sessions as that is normal for any device, it was impressive to see Realme 3 Pro maintain its performance. During my testing period, I did not experience any jitters, lag or slowdowns. There were no problems in regular tasks such as calls, emails, WhatsApp, or internet browsing. It is worth noting that the device performed well in heaving games including PUBG Mobile, Asphalt 9: Legends, Dead Trigger 2, Modern Combat 5, and Fortnite. Talking about PUBG Mobile, I did experience some stuttering in the High frame rate at HD graphics, which was resolved by lowering the frame rates to Medium . I also played Fortnite, which is supposed to be a differentiating factor for the Realme 3 Pro. The overall experience of playing the game on a mid-range device is impressive but one must not expect much beyond that. The game runs at medium quality at 30 fps with no possibility of high or epic quality on the device. Overall, Realme 3 Pro does a good job in the performance segment for its price point. Moving beyond performance, let us focus on the software. The Realme 3 Pro comes with Android 9 Pie-based ColorOS 6.0 out-of-the-box with March 2019 Android Security patch. The company rolled out two software updates during the testing period to fix issues and improve the software experience. Talking about the ColorOS 6.0 skin, one must give credit to Realme, and Oppo in extension, to make such sweeping improvements in the software with the latest version. ColorOS 6.0 is a real-world example of what a company can do with the software if they actually listen to feedback from customers. The company has evolved the software past the iOS-clone like reputation to something that is more of a unique experience. Realme has added a number of useful features like Smart Assistant, app-drawer, improved notification and quick settings section, and dedicated Convenience Aid for navigation keys, assistive ball, smart sidebar. ColorOS 6.0 UI and About phone screen.

Other improvements include the Deep Power Down mode in the Battery section, Face unlock , Clone Apps , Game Space , App Split-screen , and a dedicated Security app. Realme has also added Realme Share , Night Shield , Boost , Kid Space , Riding Mode , Driving Mode and more in ColorOS 6. In addition, the device also comes with Widevine L1 certification which means that users can watch Netflix, and Amazon Prime Videos at FHD resolution. The operating system does come with bloatware but I am not surprised by that in this segment. One thing that I wish Realme could change in the OS, specifically for this device is probably the animation speed on the home screen. The speed of system transitions and animations were noticeably slow. Realme 3 Pro comes with an option to change the speed of the animation for app startup and closing in the launcher, but there is no option to change anything else. Giving users the option of changing the speed in a future update will put the software in line with the tag line. With all this and no advertisements, ColorOS is now one of my preferred Android-based skins. The camera performance of Realme 3 Pro

Talking about the camera, on a surface level, Realme seems to have done a great job in the camera department. The rear dual camera setup captures great images with punchy colors, a good amount of dynamic range, and a bit of a contrast in ideal colors. Taking a closer look at the images, the colors seem to be somewhat boosted but they are ideal for social media. Moving to less than ideal conditions or low light shots, the default camera mode captures decent images with some muddled up details that appear like watercolor painting and noise. The regular mode also comes with a Chroma boost mode where images are ever so slightly more saturated and colorful. The software also comes with the Expert mode that allows users to take control of the Exposure, White balance, focus, and exposure value compensation. 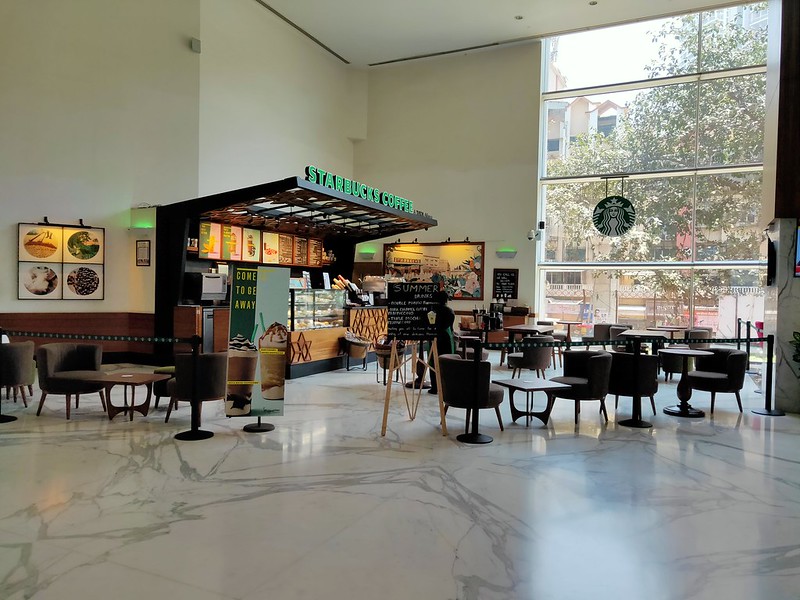 However, the best part of the software is the dedicated Nightscape mode that takes multiple images and then merges them to produce a comparatively clean image with a low amount of noise, better colors and more contrast. Though, the resolution of the resulting images is reduced to 12.2-megapixel instead of the 16-megapixel in regular more. This also means that Nightscape mode images will be a bit cropped, likely to compensate for the handshake and proper merge of multiple frames. It is worth noting that images taken in this mode do not have that much texture and they simply seem to be sharpened from processing. Another feature that is worth mentioning here is the Ultra HD mode in the Expert section in the camera software. This allows users to capture images with 64-megapixel camera resolution where users can easily re-frame and crop the parts that they want to keep out while keeping the resolution. Ultra HD mode takes multiple images and then combines them into one image with increased resolution. That said, drastic crops of images taken in this mode may not have as much clarity or details. The company has also added Time-Lapse , Pano , and Slo-Mo modes in addition to the Expert and Nightscape modes that we have already mentioned above. As part of the Slo-Mo mode, users can shoot videos at 120FPS or 960FPS. However, the quality of these modes are not up to the mark and come with ample noise even in ideal lighting conditions. Moving to the front camera with 25-megapixel resolution sensor, the selfies are clean, and vibrant along with beauty mode turned on by default. Users can disable it in the camera by tapping the beautify icon and selecting natural button. The portrait mode works well as intended with decent background isolation. Realme 3 Pro can also shoot 4K videos at 30fps using the front camera. The camera software on the Realme 3 Pro also comes with gesture shooting where users can show the camera their palm to trigger a three-second count down for a selfie. Realme 3 Pro comes with a 4,045mAh battery along with support for VOOC 3.0 fast charging technology support. During my testing, the device easily lasted me about 11-12 hours on days with extreme usage and about 15-16 hours on work days when the usage was more limited. Using the bundled VOOC 3.0 compatible 20W charger, it took about one hour 25 minutes to charge the device from zero to 100 percent. Taking about the usage, extreme usage days included 2-2.5 hours of gaming, 1-1.5 hours of music streaming, 1.5-2 hours of video streaming, constant WhatsApp messages, 10-12 photos, and three email accounts on sync.

Should you buy the Realme 3 Pro? The Realme 3 Pro is a solid package. The device is well rounded in terms of design, build quality and performance. All of this at a starting price of Rs 13,999 makes the Realme 3 Pro a very lucrative offer. After extensively testing the device, I can easily say that it is the best Realme smartphone that one can buy in the budget segment.

The design, performance and camera quality make it a formidable offering that can easily compete with the likes of Nokia 6.1 Plus, Xiaomi Redmi Note 7 Pro, and Samsung Galaxy A50. If you are a Realme fan or want to try something different from Xiaomi and Samsung then you should look to Realme 3 Pro.