Realme 5 Pro is the cheapest smartphone with a 48-megapixel quad camera setup. At starting price of Rs 13,999, it promises to deliver a lot for the price. Here is our first impressions. It is hard to keep track of smartphone evolution right now. With upgrade cycle dropping to three months, the differentiator is hard to come by. However, Realme seems to have found a sweet spot: camera. The Realme 5 series is being introduced as a camera-centric upgrade over its predecessor. I had a chance to spend less than 24 hours with the Crystal Green finish of Realme 5 Pro. Here is my initial thoughts. Also Read - Realme 3 Pro price in India slashed at offline stores; now start at Rs 13,499 Is more camera the better?

At the launch of Realme 5 Series, Madhav Sheth described camera as the biggest differentiator on smartphones right now. There is no denying that argument. Google Pixel series have become almost equivalent to a point and shoot camera. Huawei and Oppo, on the other hand, are stepping up the game in zoom segment. On the mid-range price segment, we are seeing 48-megapixel Sony IMX586 sensor as the highlight. Realme 5 Pro is no different.

It s main camera uses Sony IMX586 sensor, which is an -inch sensor with a wide aperture of f/1.79. It is paired with an 8-megapixel ultrawide camera with f/2.25 aperture. There are two additional 2-megapixel sensors for portrait and macro shots. In my initial experience, I was impressed by the 48-megapixel sensor. The optimization seems to have come a long way from the very first device using that sensor. I don t want to pass judgement within few hours of my experience but I do think that these smartphone makers have figured out how to get the most out of Sony IMX586 for mobile. 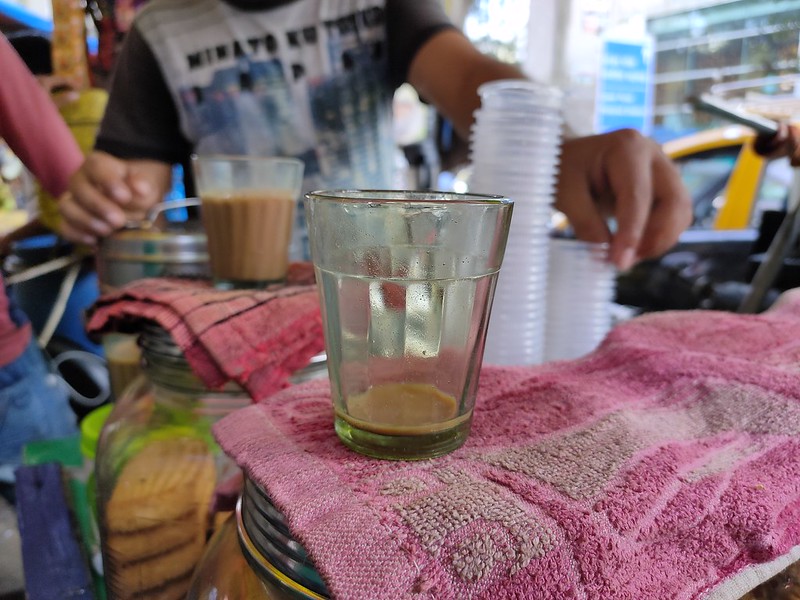 However, the pictures that I clicked with the ultrawide angle sensor did not impress me that much. The colors looked over-sharpened and they lacked the originality of subject. In the next few days, I want to spend more time clicking ultrawide pictures to understand how it behaves in the real world. In the initial few hours, I also found the portrait mode to have been enhanced from previous Realme smartphones. More camera does not necessarily mean better but Realme 5 Pro does seem interesting. I want to spend a few more days with the device before passing any judgement. Every smartphone maker starts their journey with focus on one key element. Xiaomi built its reputation around affordable pricing, HMD Global around software and Realme s North Star is design. I still remember Realme 1 for its distinct design and attractive red color. The company is continuing that legacy with the Realme 5 series as well. The Realme 5 Pro features new crystal design, which Realme describes as leap from diamond cut design. It uses a nano-mirror process to achieve a holographic color effect.

While our review unit is not as eye catching as the sparkling blue color variant, the subdued look is still better than generic design. The design borrows a lot of elements from Oppo F11 and Honor 20 series. Yes, I guessed it right: it is prone to catching fingerprints and smudges. It is advisable to use the case that comes in the box. In a nutshell, the Realme 5 Pro shows how smartphone design has evolved in such a short time.

Realme 3 Pro came with a Snapdragon 710 SoC and with Realme 5 Pro, Realme is going with a Snapdragon 712 mobile platform. There is not much difference between the SD712 and SD710 mobile platforms. They share the same Adreno 616 GPU and same Snapdragon X15 modem. However, the Kryo 360 core has a higher clock frequency of 2.3GHz, compared to 2.2GHz clock of SD710. Qualcomm also claims improvement with AI processing, which needs to be tested.

Our review unit comes with 8GB RAM and 128GB storage. Realme is also offering two additional variants: 4GB + 64GB and 6GB + 64GB storage. The 4GB RAM variant is priced at Rs 13,999 while the 6GB RAM variant will set you back by Rs 14,999. The variant with 8GB RAM will be available for Rs 16,999. The pricing makes it the cheapest smartphone with a 48-megapixel quad camera setup. It runs ColorOS 6 based on Android Pie and packs a 4,035mAh battery. It also supports VOOC 3.0 for fast charging. In the first few hours with the Realme 5 Pro, I want to say that I am impressed. The phone truly shows the leap in imaging experience. At a starting price of Rs 13,999, you get not one, not two but a total of four cameras on the back. This not only allows for flexibility but also versatility in mobile imaging. There is also a 16-megapixel selfie camera and we will have more on that in our full review.

With the Realme 5 Pro, Realme is focusing on five major elements: Design, Performance, Camera, Battery Life and Price. The real question here is not whether it has gotten all these segments right. Rather, how many of these segments has the company managed to nail. Can Realme force Xiaomi back to its drawing table? Stay tuned to our full review for a low down on that question and a final verdict.