The Realme 5i price in India starts from Rs 8,999, which is the price for the 4GB RAM and 64GB storage variant. It will be available for purchase via Flipkart and Realme.com starting January 15. 2019 was a big year for Realme. The company managed to grab a big market share and cement its spot among the top smartphone makers. Realme sold over 5.5 million Realme 5 series phones last year. The brand aped a proven strategy, and released well-performing and well-received phones. Now, with the Realme 5i, the brand is kicking off 2020 with yet another promising phone. Also Read - Realme 2 Pro update brings January 2020 security patch, dark mode and more

Last year in June, Xiaomi took a slightly different approach and introduced the Redmi Note 7s, months after launching the Redmi Note 7 and Redmi Note 7 Pro. This was the company’s three-pronged strategy to rule the budget phone segment by offering value for money phones at every Rs 1,000 step. It seems like with Realme 5i, Realme plans to do the same. Also, the company has confirmed that it will be discontinuing the Realme 5 in favor of Realme 5i. Also Read - Realme 5i vs Xiaomi Redmi Note 8 vs Samsung Galaxy M30: Price in India, specifications compared

The new Realme 5i has the same processor, rear cameras and battery as the Realme 5, but has an 8-megapixel front camera and a Sunrise design. The handset has retained all the key features of the Realme 5, and is still offers a good value-for-money phone. With the new phone, the brand is clearly targeting Xiaomi’s Redmi 8 as well as Redmi Note 8 phones. Read our Realme 5i first impressions to know more about it. Also Read - Realme fitness band soon coming to India; launch teased by Madhav Sheth When you look at the Realme 5, Realme 5i and Realme 5s together, it is difficult to tell one Realme phone apart from another. The only difference between the three phones is that the new one doesn’t come with the company’s signature diamond-cut design. Instead, it offers a Sunrise design. Realme has changed the design and even added a textured back, which should keep oily smudges and fingerprints at bay.

While the diamond-cut design looks striking, the new Sunrise design will also appeal to a lot of users. The phone is still made out of plastic, and rear camera and button placement are also identical. The fingerprint sensor is easy to reach and works just well. There’s face unlock feature too, which just like old Realme phones, is quite fast to unlock the phone. Realme is still offering a micro-USB port instead of a USB Type-C port available on the latest Xiaomi Redmi phones. Up front, there’s a 6.52-inch display with HD+ resolution and Corning Gorilla Glass 3. The bezels are fairly slim but the chin is quite noticeable at the bottom as was the case with the original version. The phone features a “mini” dewdrop notch, which Realme says is 39 percent smaller than the previous phone’s notch, to achieve 89 percent of screen-to-body ratio. The smaller notch allows the company to increase the display size within the same footprint of the phone. The Realme 5 has a screen-to-body ratio of 82.07 percent. The display has good brightness, colors are punchy, and viewing angles are quite good too. While the big size does make the one-handed usage pretty cumbersome, the massive 6.52-inch screen is a boon for binge-watchers.

The smartphone draws its power from a Qualcomm Snapdragon 665 SoC, which is made on a 11nm process. This is tried and tested chipset and one will find the same Snapdragon chipset on Redmi Note 8, which costs Rs 9,999. It offers enough oomph to power your day-to-day user experience. The general performance of the device is pretty good and most games should run fine as was the case with the Realme 5. You can easily play games like Subway Surfers and even PUBG Mobile. Realme 5 was launched with 3GB RAM and 32GB storage model. Its new version is only available one variant – 4GB RAM + 64GB storage, which is listed with the same 8,999 price label. The smartphone runs Android 9 Pie with ColorOS skin on top. The features of ColorOS are mostly unchanged from what we just saw on the Realme 5s. The company has confirmed that this phone will get updated to Realme UI soon.

Realme hasn’t changed the cameras on the Realme 5i and you get the same rear camera setup as on the Realme 5. It has a 12-megapixel primary sensor with an f/1.8 lens. The setup also includes an 8-megapixel sensor with a wide-angle f/2.25 lens. It is assisted by two 2-megapixel sensors that support f/2.4 portrait and macro lenses. The company has also added an LED flash. For selfies, you get an 8-megapixel camera sensor, instead of a 13-megapixel camera on the Realme 5. Similar to other Realme phones, this one too comes with features like Beauty, HDR, Portrait, Time Lapse, Slo-mo, NightScape 2.0, and Expert. You can check out the attached camera samples (album) of the Realme 5i below. 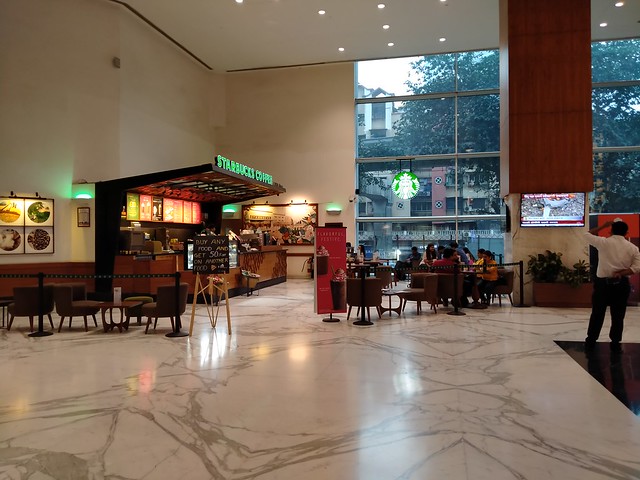 The camera performance of the Realme 5i is similar to that of the original version. In daylight, the Realme 5i can capture shots with good color reproduction and objects at a distance are recognizable too. In low-light, it can take decent shots, but the images lack details, which is the case with most budget phones. With the NightScape 2.0 mode, one will get brighter Night scenes than those captured using the standard camera mode. Further, video recording maxes out at 4K for the primary camera, and you get the option to shoot at only 30fps. One of the biggest USPs of the phone is a 5,000mAh battery. You can expect up to two days of battery life with just social networking and calling. With moderate usage, you should get a day and half of runtime, with a bit of gaming and camera use thrown in. There’s no fast charging, unfortunately, but the phone supports reverse charging. It ships with a 10W charger, which will take around two and a half hours to fully top up the phone.

Overall, the Realme 5i and Realme 5 are identical in almost all the aspects with the main difference being the front camera and the Sunrise design. Both phones offer the same experience at lower prices. You should buy the Realme 5s as it offers slightly better cameras with the same set of features, and you will have to pay Rs 1,000 more for it. Also, we feel that the Realme 5s’ diamond-cut design is much more captivating than the Sunrise design. Alternatively, under Rs 10,000 price segment, the Xiaomi Redmi Note 8 is currently the best phone that you can buy right now.