Realme 5s review: A budget alternative to the Redmi Note 8

The Realme 5s is priced at Rs 9,999 in India. It retains the beautiful crystal design, the powerful Snapdragon 665 chip, cutout display, and a big battery. Check out our Realme 5s review. Xiaomi and Realme are two brands that are in a race to see who can offer the most at a budget price. While Realme is relatively a new brand, the phone maker has already emerged as the world’s fastest-growing smartphone company. It is now the fourth-largest smartphone brand in India, which is impressive. Realme continues to follow Xiaomi’s “more for less” strategy, and is also giving its own “tadka” to spice things up. Just recently, the company launched Realme X2 Pro with top-tier hardware and a lot more in an affordable package. The company also took the wraps off the Realme 5s, which is an upgraded version of the Realme 5. Read on for our detailed Realme 5s review. Also Read - Best power banks to buy in India from Xiaomi, Syska, Oppo, Realme and more

With this one, Realme wants to step up its game by offering a 48-megapixel quad-camera at a pocket-friendly price. As with all smartphone innovations, this feature has gradually filtered down the price scale. The Realme 5s retains the beautiful crystal design, the powerful Snapdragon 665 chip, cutout display, and a big battery. It is priced at Rs 9,999 in India, which is also the price of the Redmi Note 8. Read our Realme 5s review to find out whether it is better than Xiaomi’s latest Redmi Note series. Also Read - Realme X2 Pro first sale today at 12PM: Price in India, features, offers, sale details and more As we mentioned in our initial impressions, the Realme 5s shares the same design language with Realme 5 Pro and Realme 5. The Chinese phone maker has outfitted the new phone with a tall screen, dewdrop notch, trimmed bezels, and quad rear cameras. Most of the budget Realme phones come with a thick plastic with a laminated finish. The same is also the case with the Realme 5s. Comparatively, the Redmi Note 8 features a premium glass design. The handset comes in three color variants – Crystal Red, Crystal Purple, and Crystal Blue. The name of the color correctly describes the phone’s design. Yes, the phone’s back panel comes with a diamond-cut pattern, which is more visible when light reflects off it at a certain angle. We really liked the Red color variant of Realme 5s as the color at the back shifts between several hues of red. Realme says this phone is splash-resistant, which is nice to have. Overall, the device feels well built, and there’s nothing to complain about in the design department.

The Realme 5s launched with the same 6.5-inch IPS LCD display as on the original device. The display supports HD+ (720×1520 pixels) resolution.The icons on the home screen look slightly blurry because of the low resolution, but are largely unnoticeable during day-to-day usage. The display is bright enough outdoors, and also quite punchy and vibrant.

Realme has opted for a Qualcomm Snapdragon 665 SoC. There are a few phones under Rs 10,000 price segment that offers the same chip. The list includes Realme 5, Vivo U10 and Redmi Note 8. The mid-range Snapdragon SoC can handle day-to-day tasks well. Some apps though take a few seconds to launch fully. The Android navigation buttons also take a moment to slide up into view when unlocking the phone. You might feel a bit of sluggishness.

Realme is offering a lot of features below the Rs 10,000 price segment. The Snapdragon 665 is a reliable chip, which can also handle the gaming pretty well. You can play heavy titles like PUBG and Call of Duty. I was able to play PUBG on medium settings and things were smooth enough. The Realme 5s ships with Android 9 Pie-based Color OS 6 on top, which is quite refined. As is the case with Realme phones, there is a Game Space section, which allows you to control which notifications to pass through when you are playing a game. You also get a lockscreen magazine, an app drawer, and swipe gestures from both sides. The company has also added battery optimization features. You also get the usual set of irrelevant apps, including DailyHunt, Helo, UC Browser and a lot more. The good news is that you can uninstall some of these apps as they eat up your storage space. The USP of the Realme 5s is its 48-megapixel quad rear camera setup. Perhaps the biggest question on your mind right now is whether Realme 5s’ 48-megapixel camera is better than Redmi Note 8’s rear main camera. Then let me tell you the answer is No. The Redmi phone’s 48-megapixel camera delivers relatively true-to-life images with natural-looking colors.

The device uses Samsung’s ISOCELL sensor. The main camera captures photos at 12-megapixel resolution and uses a 4-in-1 pixel binning technique. You can capture the full 8000×6000 resolution too. There is a hamburger menu, whicg includes Nightscape, Ultra macro, Expert, Slo-mo, Time-Lapse, and Ultra 48MP modes. Realme 5s’ primary rear camera can produce decent shots, and the moment you zoom in, you will notice minimal details. Complex textures like small trees in the distance were not very clear or sharp. Comparatively, the Redmi Note 8 offers slightly better details, clarity, and sharpness. 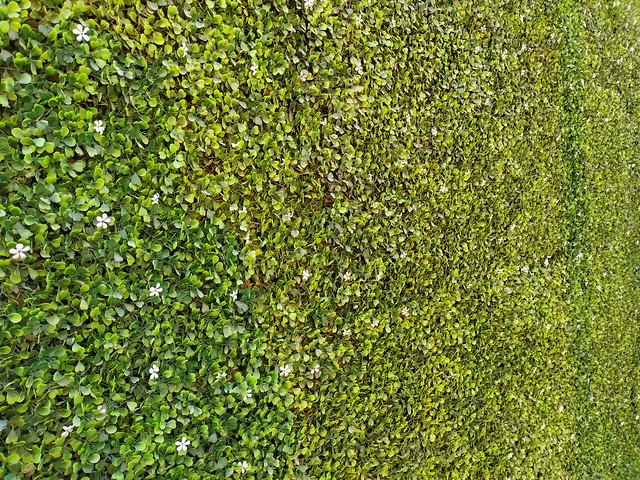 The HDR isn’t always effective, and you can use Chroma Boost mode, which is an advanced version of HDR mode. It makes scenes more lively, but colors sometimes turned out to be slightly oversaturated. 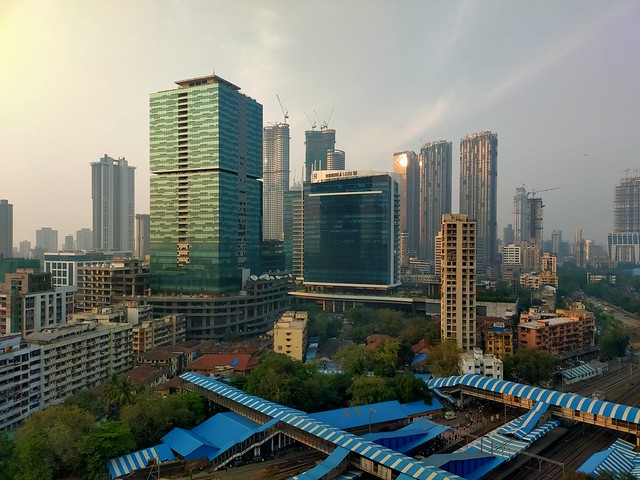 We also took a few portrait samples from the dedicated 2-megapixel rear camera sensor. The edge detection is good enough, but you don’t get an option to adjust the background blur. The portrait shots are not that great, lacking clarity, and details. We didn’t get very convincing bokeh effects. The fact that the handset offers a dedicated macro sensor is great, considering the price point.

But the 2-megapixel lens leaves something to be desired. It takes a few tries to get a detailed macro shot. In fact, there were times when we got slightly better results with the main camera. 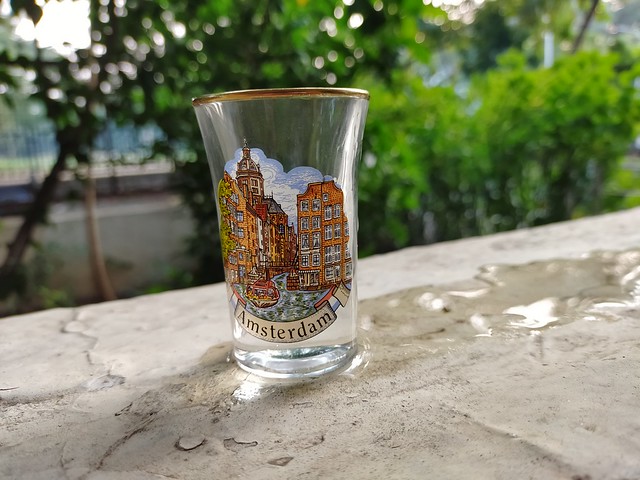 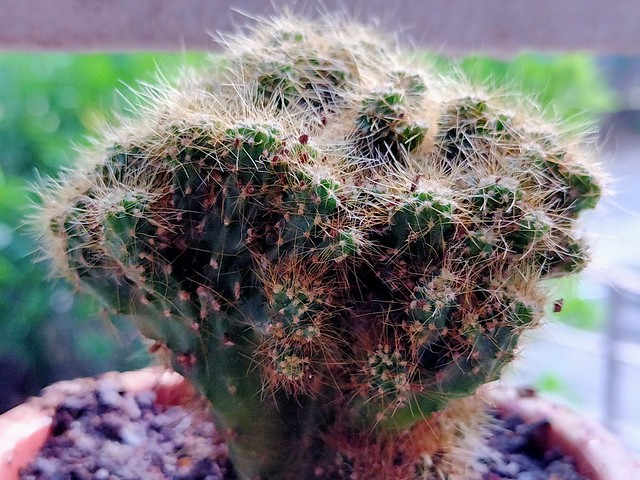 There is also a dedicated Nightscape mode that boosts exposure in low-light conditions, and delivers better shots when compared with the normal photography mode. You can get decent shots in scenarios with little to no light. 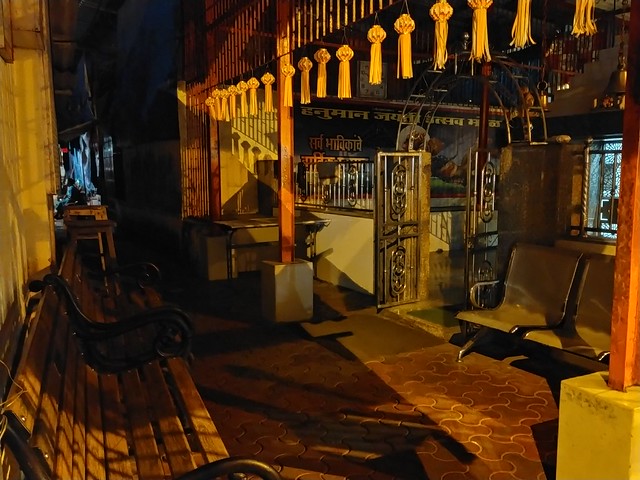 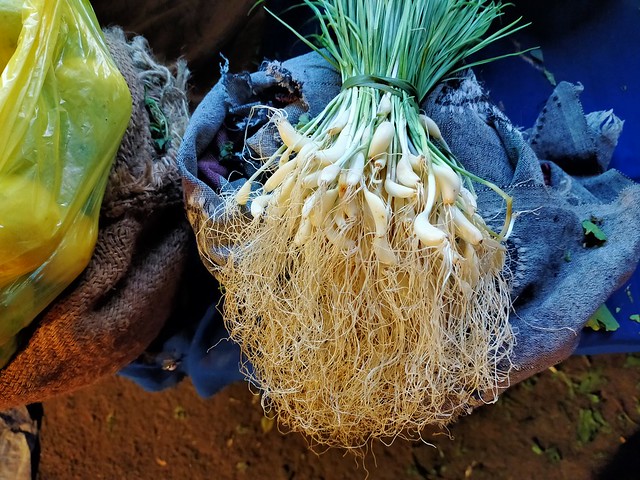 The front camera offers a 13-megapixel selfie camera, which can capture decent selfies. One will notice heavy-level of oversharpening, and the camera also handles background exposure averagely. The front-facing camera doesn’t default to a beauty filter every time you switch it on, which is good as you will get much better quality without this mode. Portrait shots are not too bad. 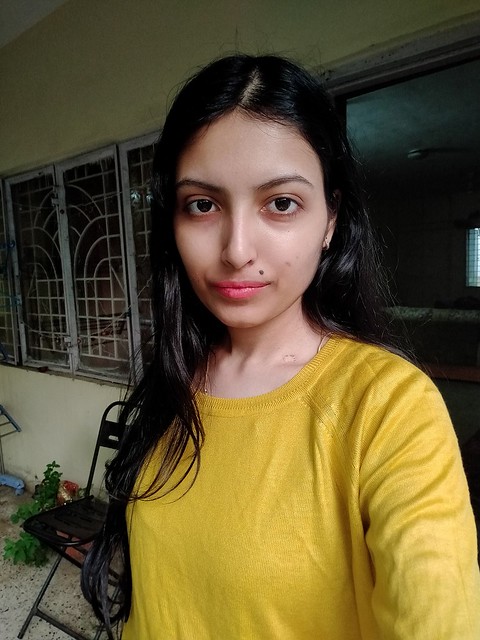 The company has added a big 5,000mAh battery inside the Realme 5s. With heavy usage involving a few hours of binge-watching, playing games and social networking, we were still left with around 40 percent battery by the end of the day. With very light usage involving messaging, clicking a few photos, and casual gaming, you can get two days of battery life on a single charge. While the phone offers an impressive battery life, it lacks support for fast charging. The bundled charger will take more than two and a half hours to top up the Realme 5s from zero to 100 percent. Realme 5s Review: Should you but it?

For just Rs 9,999, the Realme 5s offer a lot of features. To sum up the review, the Realme 5s is a solid choice for those looking at buying a phone under Rs 10,000. It offers long battery life and the general performance is also good. This is a budget all-rounder that also packs a big screen and nearly two-days of battery with very light usage. Users can get good shots in favorable light conditions, but don’t expect too much. Realme is also offering 4GB RAM + 128GB storage as the base model. The Crystal design is also going to appeal to a lot of users.

It is important to note that you don’t get an 18W fast charge, Gorilla Glass 5 protection, and a full HD+ display. You will also get better 48-megapixel photos with the Redmi Note 8. Xiaomi’s new phone also comes with a more premium and stunning glass design. Redmi Note 8 is currently the best phone in the market that you can buy right now. You can also go for the Samsung Galaxy M30 if you are looking for a non-Chinese phone under Rs 10,000. It offers a 5,000mAh battery, AMOLED display, triple rear cameras and a lot more for Rs 9,999.