Realme 6 Pro Review: Yet another all-rounder

If you are planning to buy the new Realme phone, there are a few things you need to know first. Read our Realme 6 Pro review to find out. 2020 may just have kick-started, but Realme has already launched four smartphones. With all its launches, the brand sticks to the same formula – offer devices with top specs at multiple price points. Earlier this year, the Realme C3 ironed out the competition in terms of performance. A few weeks back, the OEM launched a 5G smartphone in India with solid specifications. Now, we have with us the Realme 6 and Realme Pro phones. Also Read - Realme X2 Pro gets March security patch with the latest update

The latest Realme 6 series not only boasts class-leading features, but also adorns a unique back panel design. The company says that its Realme 6 Pro is the successor to the Realme X, and not the Realme 5 Pro. The handset costs Rs 16,999, which is a tad surprising, since the Realme X2 is already available at the same price. We will talk about that in a bit. If you are planning to buy the new device, there are a few things you need to know first. Read our Realme 6 Pro review to find out. Also Read - Realme X50 Pro 5G Review: Taking the battle to the premium smartphones

Realme seems to have moved on from its signature Diamond-cut design. With the Realme 6 Pro, the company introduces a new lightning bolt design. The lightning orange color variant looks a bit too loud for our tastes, while the blue color looks much more attractive. When the light hits the back panel, you will see different blue hues blending with black. Also Read - Realme Xtra days sale brings discounts on Realme X, Realme 5, Realme 5 Pro and more

The glass back is also home to the quad-camera setup tucked away in the upper-left side. The Realme 6 Pro feels quite premium to hold, but is a bit heavy too. The protruding rear camera module makes the phone wobble when placed on a flat surface. The smartphone doesn’t sport a slim profile, which makes it difficult to keep it in the pocket. It is also not one-hand friendly as it comes with a huge display. Realme has swapped the dewdrop-shaped cutout with the trendy dual punch-hole design for the front camera. You get a much larger 6.6-inch display for a better multimedia experience. The bezels are pretty thin, but the bottom chin is quite thick, which is quite common.

With the Realme 6 series, the company is kicking off the trend of offering 90Hz display in the sub-Rs 15,000 segment. The Realme 6 Pro however is not the first device to offer a 90Hz display in its price segment. The recently launched Poco X2 actually offers a 120Hz display. However, do we really need a high refresh rate display at a low price point? Do note that a high refresh rate display drains the phone’s battery very fast. Sure, the content looks much smoother, but not all apps are compatible with 90Hz or 120Hz refresh rates. We do appreciate the fact that Realme has tried something out-of-box. The phone gives you an option to switch between 90Hz and 60Hz, or you can also opt for the “Auto-Select” option. While both the Realme X and Realme X2 feature an AMOLED panel, the Realme 6 Pro comes with an LCD screen. We would have liked it more if the device had offered an AMOLED screen instead of a high rate display at its price point. The 6.6-inch FHD+ display is protected by Corning Gorilla Glass 5. It can get fairly bright outdoors and the panel is quite punchy too. Apart from a high refresh rate display, you will also rarely witness phones with a side-mounted fingerprint reader. The fingerprint scanner is comfortably positioned on the right and is fast enough to unlock the device.

The Realme 6 Pro offers a newer Qualcomm Snapdragon 720G, which is almost as good as the SD730G. The latter has a slightly better CPU with somewhat more superior Kryo 470 architecture and more than capable GPU. Both the chipsets are also built on the smaller 8nm fabrication process, which should make it more power efficient.

When it comes to real-world performance, the Realme 6 Pro delivered good performance in games as well as in handling the daily tasks. Graphic intensive games like PUBG Mobile and Asphalt 9: Legends ran well at the highest settings with barely any lag or stutter. The device however did get warm after about 20 minutes of gameplay. The 4,300mAh battery, coupled with the 8nm Snapdragon SoC and 90Hz display gave us about a day’s battery with 20 percent juice left. You will get this result with light usage, including browsing and messaging, one-two hours of binge-watching and very light photography. The company ships a 30W fast charger with the Realme 6 Pro smartphone. The bundled charger will charge the device by 67 percent in 30 minutes. The Realme 6 Pro comes with a quad rear camera setup, which includes a 64-megapixel primary shooter with f/1.8 aperture. It uses Samsung’s Samsung GW1 sensor. The brand is offering the same camera with the Realme X50 Pro too. But, don’t expect similar type of shots as it also depends on what hardware is under the hood. The camera setup also includes an 8-megapixel ultra-wide-angle lens, a 12-megapixel telephoto lens, and a 2-megapixel macro camera. Unlike the standard Realme 6, here you get two selfie cameras. One of them is a 16-megapixel primary camera with f/2.0 aperture and an 8-megapixel ultra-wide-angle camera with 105 degrees field-of-view. The camera interface is similar to what you have seen on other Realme phones. You get dedicated HDR, Chroma Boost, portrait, night, slo-mo, time-lapse and 64-megapixel modes as well.

The camera performance of the Realme 6 Pro is almost similar to the Realme 6. In daylight, the device managed to capture some good shots. As is the case with Realme phones, you will get well balanced and pleasing colors with the HDR mode turned on. If you want an image with more punchy colors, you can then also use the Chroma Boost mode. The 64-megapixel shots do help and clearly show building nameplates or banners that are far. But, we also noticed that some parts of a frame is soft, which is noticeable once you zoom in. 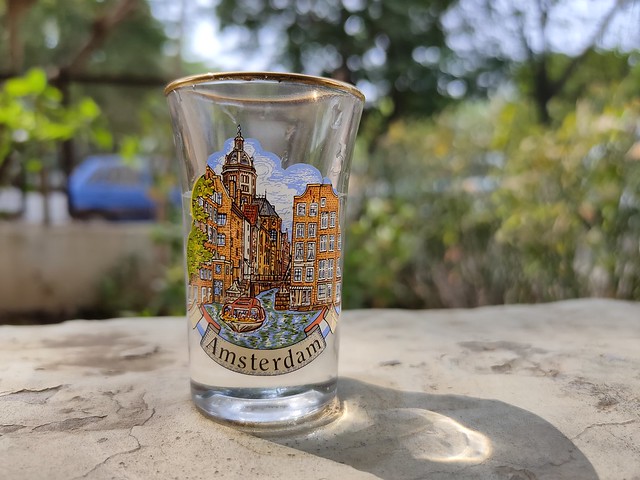 We liked the Portrait mode shots as its edge detection is nice and you also get good sharpness and details. However, the camera sometimes struggled to deliver a focused macro shot. The macros did look good enough when the camera acts properly, but the wide-angle shots are average. In low light, the nightscape mode did offer better results than the regular photo mode, but the photos were a bit soft and the noise was visible.

The front cameras rendered above average results in terms of details and colors were also close to accurate. The front cameras managed to get the exposure right almost all the time. The edge detection is also good when clicking portrait shots using front cameras. Do note that here I’m talking about the daylight scenario. In low-light, you will get some average photos with visible noise.

Realme 6 Pro review: Should you buy it?

The Realme 6 Pro is a good deal if you are looking for an all-rounder phone. You can pick the Realme X2 smartphone over the Realme 6 Pro if you don’t want a 90Hz display, but an AMOLED panel. However, we do feel the price of the Realme 6 Pro should be Rs 15,000 to completely beat the competition. It is priced at Rs 16,999 in India.

At this price point, the smartphone faces stiff competition from the likes of the Poco X2 and Samsung Galaxy M31. In my opinion, the Realme 6 smartphone is a better deal than the Pro variant as it offers good all-round performance and even packs 90Hz display and 30W charger at Rs 12,999.