Check out our full in-depth review of the Realme 6i, another mid-range phone from Realme that focuses on sheer bang-for-buck value. Until this year, Realme’s positioning was crystal clear for people looking to buy a new budget-oriented device. If you want to spend less and get a quality device, go for the C series. If you want to spend a little more, go for the Realme number series, which at the time, was represented by the Realme 5 and 5 Pro. Things changed when the Realme 6 series came into the picture. However, after a recent price hike, the 6 series started costing more, becoming not easy of a choice it once was. This void created around the Rs 10,000 to Rs 15,000 bracket, is where the Realme 6i comes in. Also Read - Realme 6i, Realme Narzo 10A sale today via Flipkart: Price in India, specifications

Starting at Rs 12,999, the Realme 6i offers impressive specifications, including the MediaTek Helio G90T gaming-oriented processor, a 90Hz refresh rate screen, and 30W fast charging, among others. But all that is on paper. Should you actually buy this phone? Read our review to find out. Also Read - Realme 6i First Impressions: A more affordable Realme 6

The Realme 6i is basically a Realme 6 with most changes under the hood. One of the primary elements where Realme has saved some money on this device is by not creating a new design, similar to what Apple did with the new iPhone SE 2020. The entire look of the phone is the same as the Realme 6. You still have the 6.5-inch screen, the punch hole camera, the fingerprint-enabled power button on the right, and the volume rockers on the left. The USB Type-C port goes on the bottom of the phone along with the 3.5mm port, mic, and speaker grille. Also Read - Realme 6i launched in India with MediaTek Helio G90T; check price, features, specifications On the back is the same vertical camera strip with a detached LED flash. However, we see two very dull, boring colors, in the form of a white and a black variant, which is the one we have with us. The yester-year colors quickly remind us of why they went extinct compared to the modern colorful, gradient finishes we now see on most devices. The build quality isn’t the best either here. The sturdy back of the Realme 6 is replaced with a flimsy plastic back that feels somewhat cheap. The Realme 6i features a punch-hole front camera on the top left.

Moreover, it even presses inwards towards the center. This is surprising as the phone is very well-built on the front and the sides, which makes the back look like a mismatch from the moment you hold the Realme 6i in your hands. While we understand the cost-cutting, the back of the phone and the colors are the most disappointing aspects of the phone.

The display panel in use on the Realme 6i is the exact one on the Realme 6. This practically makes the device the cheapest smartphone with a 90Hz refresh rate-enabled screen. For people who want that smooth, flowing, 90Hz goodness, getting it on a budget was a reality with the Realme 6 already. Now it is even more affordable. Coming to the quality of the screen, the IPS LCD delivers good performance. Colors on the FHD+ panel look great and details look crisp enough. The display is also fairly visible in outdoor brightness.

The Realme 6i features a MediaTek Helio G90T. This is the same processor used on the Realme 6, and while the chipsets are one of the first elements to meet the hammer when a phone needs to be toned down, the Realme 6i’s G90T is it’s the biggest strength. The processor allows you to do more than just handle a bunch of day-to-day tasks and apps smoothly. It enables the phone to take 4K video, enables HDR gameplay in PUBG Mobile, and in general, makes the phone a bit more powerful than its closest competitors. The Realme 6i also runs on Android 10 with Realme UI on top. Just like we have seen with a few of Realme’s recent devices, the brand’s own skin grows more polished with each release. A little bloatware still comes pre-installed but it is easy to get rid of. Every element throughout the interface has a touch of clean minimalism. Further, the software optimization on the Realme 6i, clubbed with the 90Hz screen results in an experience that feels snappy, in addition to being snappy.

The Realme 6i offers punchy pictures that look good. Shots feature a vivid feel thanks to some generous saturation levels and high contrasts. We also see a decent dynamic range of pictures. For when the saturation levels still feel low, you can always turn on the signature Realme Chroma Boost mode on to get an extra punch. Although, we often found these pictures too saturated for our liking. It works best when not used with naturally occurring elements like trees, water, and leaves, which will look too loud. Edge detection on the portrait mode is fairly accurate and results are fast and pleasing to the eye. Coming to some low light shots, the Realme 6i saw some massive drop in quality. However, that is expected in this segment. That being said, the software-based Night Mode worked great. It will also intelligently decide how dark the environment is, taking the exposure time to up to 4 seconds in extremely low light scenarios.

The ultrawide sensor on the Realme 6i is like most ultrawide sensors you will find in this segment – with images that look great but feature lesser detail. The Macro Mode has the same issue we have seen with a lot of Realme phones now and that is instability. You will require an unreal amount of stability in your hands if you want to take a clear macro shot. Check out our camera samples below. 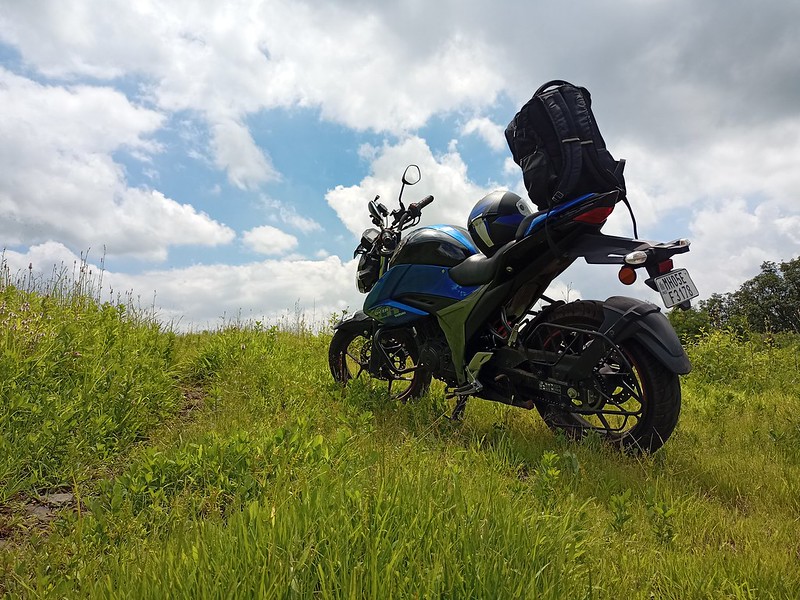 Just like the Realme 6, the 4,300mah battery on the Realme 6i is nothing to boast about, considering phones in this segment are starting to offer up to 6,000mAh batteries. However, the phone can support fast charging at 30W which offers faster top-ups. Note that you get a 20W charger with the box to keep the costs low but if the extra charging speed is important to you, you can always spend a little extra later and buy the 30W brick. With a 30W adapter, this is one of the fastest charging phones in its price segment, if not the fastest.

The Realme 6i is a great value for money device. Its compromises, especially the design, prevent it from being a totally perfect budget mid-ranger. However, these compromises are in just the right areas to not bring down the core experience, and this is where we believe the Realme 6i shines.

Cost-cutting is evident in the design, the low storage variants, and the lack of a 30W brick in the box. However, you still get the MediaTek Helio G90T’s performance, which is a great deal at this price. The selection of what to keep and what to drop here, make the Realme 6i arguably the best performance-oriented, affordable mid-range phone in this price bracket.