Realme 8 Pro comes with trending 108MP cameras, 50W fast charging, a Super AMOLED display, and more for under Rs 20,000. Is it the Pro that we need? Read on our review to find out. The 108-megapixel camera war is on. Evidently, many smartphones, by various companies are seen being stamped with the label. This brings Realme into the picture and we have the Realme 8 Pro in existence, which boasts of the camera setup in vogue. This is topped with a Super AMOLED display, 50W fast charging, and much more — all coming under Rs 20,000. Also Read - Realme C20 to go on first sale in India today: See price, offers and more

But while the company is aiming to march towards acquiring the “budget king” title, it has to face severe competition and the Realme 8 Pro has one too — the Redmi Note 10 Pro Max, which is betting high on the same camera trend. This gives rise to the obvious question, “Is the Realme 8 Pro good enough an option for Rs 17,999?” Let’s find out. Also Read - Redmi gaming smartphone with MediaTek Dimensity 1200 SoC could launch this month

The Realme 8 Pro’s design is another experiment by the company that is bound to attract your attention, even if you dislike it. The company has gone for a rather bold design: you get to see a square-shaped camera module with four big camera housings and a big “Dare To Leap” logo running all over the back panel. Also Read - Realme 8 5G to go official this month: This is when the 5G smartphone will launch This package comes in two hues: blue and black. While the overall deal appears quite different and will grab your eyeballs, it doesn’t prove to be the best. This bold design comes across as too much in the face. Plus, the fact that it never sits properly on a surface (due to the protruding rear camera module), adds to the inconvenience of the design. But then, this is totally subjective. It can attract many (including Realme fans) who like their phones and other things to be funky. People who gravitate towards minimalism can find the design over-the-top. The black colour, although, appears a bit subtle than the blue one. Having said that, the Realme 8 Pro’s sparkly texture and build quality are the positives. This clubbed with lightweight construction, helps keep the boat afloat.

In my opinion, Realme could have stopped right here and a gradient texture would have been enough. In Lao Tzu’s words, simplicity is the ultimate sophistication, and I won’t disagree. Realme could follow the lead too!

The smartphone gets a 6.4-inch Full HD+ punch-hole display, which seems to be a standard on Android smartphones these days. The display is Super AMOLED in nature, which is the brands’ attempt to bring the AMOLED goodness to budget phones. Although, we don’t get a high refresh rate, which feels like a bummer, mainly for the mobile gaming fanatics. But the display experience has been more than decent. Watching videos has been quite good and scrolling through stuff has been smooth. The display inclines towards a slightly saturated output. That said, you do get to see details and the viewing experience is vivid, which is something that most of us like. Also, there’s the Always-on-Display (AOD) feature that might be liked by many and it doesn’t drain the battery too much.

Moving on, there is an in-display fingerprint scanner too, which is another feature that has safely become a must-have for many affordable smartphones. However, the one on the Realme 8 Pro isn’t great. It mostly fails to recognise the registered thumb or finger and you will have to press the screen hard to unlock the device.

This further gets difficult knowing the fact that its placement is too close to the bottom edge, which mostly makes the unlocking process inconvenient. A fingerprint scanner somewhere in the middle of the screen would have been better.

The area, which has set all our hopes high. The camera department gets quad rear cameras: a 108-megapixel primary camera, an 8-megapixel ultra-wide lens, a 2-megapixel macro lens, and a 2-megapixel B&W lens. Upfront, there’s a 16-megapixel selfie shooter housed in the punch-hole. While the big cameras are sure to attract, there are features that can further fuel our excitement. You get the Tilt-Shift mode for time-lapse videos, Starry mode, Dynamic Bokeh, Portrait mode, Super Nightscape, AI Scene Recognition, AI Beauty, HDR, Dual-Video mode, and more. Feels like a complete package, right? Here’s whether or not it really is. The rear camera performance of the 8 Pro is a mixed bag. The camera output looks processed and might be disliked by the ones who like the colours to be natural. The colours, both indoors and outdoors, appear different. Indoor images call for close to natural colour reproduction, while outdoor images go for warmer tones, especially in the case of human subjects. This is mainly due to the processing nature of the algorithms. But then, these are the types of images that can be liked by many and most of them are seen featuring on our social media feeds. Although, I fall in the category that likes natural images.

There is a dedicated 108MP mode that calls for high-resolution images with more details. But the mode appears like a gimmick when you find yourself with graininess and otherwise average output. This is when you realise, all the hype went a little overboard. 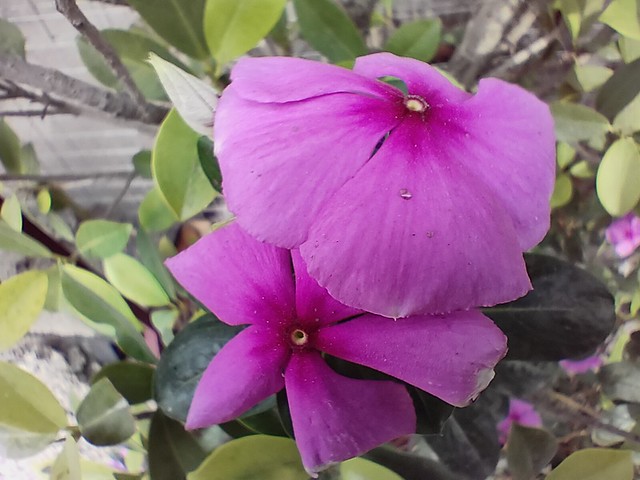 That said, the ultra-wide lens is decent enough to capture a wide area. But, the colour shift is drastic over here and the main camera appears better in those terms. The Portrait mode is pretty good and the bokeh effect doesn’t feel artificial. The Super Nightscape mode did a good and impressive job. It is able to capture details and lights and ensures less noise. Although, the device can capture a good image in low-light even without the Night mode option is disabled.

The macro lens, however, is where you will feel the most disappointed. The images taken are good but they aren’t detailed as one would expect from a macro lens. I have seen the images taken by a Redmi Note 10 Pro Max and that was something. This, the Realme 8 Pro doesn’t match quite well. The Starry mode is where work is required and you might not like it. It mostly fails to capture the sky and if you thought it would work like the Realme X3 SuperZoom, you will feel disappointed. Talking about the zooming capabilities, the device supports up to 5x zoom. While 3x tries giving out a close-to-decent output, 5x won’t capture details for you and tends to lose them. Selfies have been detailed and good, except the beautification is too much. For instance, in the image above, the colour of my hair appears quite muted, which otherwise, isn’t the case.

Among others, the quality of 4K videos has been good with a decent amount of stabilisation, thanks to the Ultra-Steady mode.

The 8 Pro gets a Qualcomm Snapdragon 720G chip and two RAM/Storage options: 6GB/128GB and 8GB/128GB. Ours is the latter option, which proves to be apt. My usage is basic. Using social media, watching videos, and browsing through the internet were the daily chores that sum up my entire day and the Realme 8 Pro was of good help over here.

All these tasks took place with ease without any stuttering or lagging. Multi-tasking was decent too for I mostly was able to go app-to-app with ease. This routine involved some gaming too. Apart from playing games such as Brain Test, Bubble Shooter, I tried my hands on graphics-intensive Garena Free Fire. The phone was able to handle it quite well without much of a battery drop with medium settings. There wasn’t any heating issue either. All in all, the phone was able to take care of most of the tasks well. While the Realme 8 pro sailed smoothly more often than not, there was a sense of uncalm, which didn’t make for a super-smooth usage experience. One area where the Realme 8 Pro impresses, is the battery. The 4,500mAh battery is enough to last you for more than a day. This, coupled with 50W fast charging, is a combo you would love, always. The phone gets charged up between 40 and 50 minutes, which is great. Once the battery is charged, the need for another recharge comes in after most of your day has ended. It is truly reliable, especially for the ones who don’t want to keep staying near the plug point.

The phone gets Realme UI 2.0 based on Android 11. Realme phones have improved significantly ever since the company left ColorOS’ hands and went on to walk with the Realme UI. The usage remains decent in the 8 Pro’s case too. Except, there’s bloatware and this just ruins the UI, which could otherwise be cleaner.

Among other things, the audio quality during calls has been loud and clear. This was the case with the speakers too and this paired with the Realme Buds Air 2, felt like a complete family.

The Realme 8 Pro is the company’s latest attempt to keep up with trends and its competition in the ‘sub-Rs 20,000’ segment. While this time it came a bit late to the game (Xiaomi had already launched various 108-megapixel camera phones), at least it tried. Its attempt is visible and the 8 Pro feels like a good phone.

But, there’s work required. The cameras could have been improved and Realme could have gone for a design that appeals to everyone.  The battery life, however, is really good.

Still, the 8 Pro appears more like a wannabe than an actual “Pro,” especially when the contender, the Redmi Note 10 Pro Max is tough to beat. The phone isn’t on par with what its Xiaomi counterpart has to offer and Realme really needs to pull up its socks. We would like it to come up with something that competes well with the benchmark set by the Redmi Note 10 Pro Max for its budget babies, something that makes us dare to leap to the Realme stores.

This is something I would like Realme to pay attention to for we have seen what it is capable of.