Realme has tried to do something different with the design of the Realme 9 Pro+. The review unit we got was the Sunrise Blue. The Realme 9 Pro+ gets a SuperAMOLED display

The Realme number series holds a special place in the company’s line-up of phones. The Realme 9 Pro+ enters with a grand ambition to take these expectations even further. The new smartphone is entering the realm of premium mid-range with this variant. The Realme 9 Pro+ does have a lot going for it and a little scope for improvement. The device will be important for the company as it takes the fight to the likes of the OnePlus Nord series. Also Read - Realme C30 goes on sale at Rs 7,499: Top smartphones under Rs 10,000 you can buy instead

Realme has tried to do something different with the design of the Realme 9 Pro+. The review unit we got was the Sunrise Blue. The headlining feature of this color is the ‘Light Shift Design’. Realme uses something called Photochromism which changes the colour of the back from sparkly blue to candy pink. You’ll need UV light or strong sunlight to experience the shift in colour. It may still not be as reactive as Vivo V23 5G. Also Read - Realme Narzo 50i Prime is company's latest affordable phone with Android 11

Keeping the ‘Light Shift’ aside, Realme 9 Pro+ comes with a slim 7.99 mm profile. This gives it a pleasant in-hand feel. Even with the back cover, it won’t feel bulky. The camera island looks decent and it sort of lights up when the flashlight is turned on. The side encasing of the smartphone feels like plastic. But the overall build is substantial even with the slim profile and lightweight. Also Read - Realme TechLife Watch R100 with Bluetooth calling launched in India at Rs 3,999 After a few seconds in the sun.

The buttons on the device are a delight to use. Especially, the volume rockers. I often ended up clicking them just for feedback. The overall placements of ports also seem fine. The Realme 9 Pro+ does get a 3.5mm headphone jack. It comes with a top-front firing speaker and a bottom-facing speaker. The audio is loud but don’t expect great quality out of the speakers. This is how it looks normally.

One aspect that makes the Realme 9 Pro+ an important device, even for the company is its performance. Realme is trying to breach that premium mid-range category with the 9 Pro+. The chipset is one way to make sure its a worthy contender. The phone is powered by the MediaTek Dimensity 920 5G chip.

In day-to-day tasks, the UI doesn’t stutter at all. The Android-13 based Realme UI 3.0 could also be an important factor here. Switching apps, games is a breeze on the device. When it comes to gaming performance, the phone is capable. It can run BGMI on the HDR graphic setting with Ultra frame rates. However, using Ultra might take a hit on the battery and it will also cause some level of heating. Other titles such as Asphalt, Shadow Legends, New State, Into the Dead also played well.

The phone uses Vapor Chamber Cooling System which Realme claims is large enough to cover 100% of core heat sources. Apart from gaming on high graphics, I did not experience any heating issues with the device.

Note: I was using an 8GB variant which also has a RAM boost option of up to 5GB. The testing was done by expanding the RAM by 3GB.

Realme 9 Pro+ uses a 6.4-inch 90Hz SuperAMOLED display panel. Being an AMOLED, the 9 Pro + gets good level of blacks. However, one of the biggest flaws in the device is the display. The brightness levels are good enough for indoor viewing. But, for outdoor use, Realme should have cranked up the brightness a tad higher. The Realme 9 Pro+ uses the 50-megapixel Sony IMX766 sensor which is also a big step up in the segment. This sensor can also be found in devices such as the OnePlus 9RT.

Let’s start with the primary sensor. The photos taken in daylight were pretty appealing. The phone does tend to overwork the saturation in order to provide a pleasing image. However, it dealt well with shadows, highlights, overexposed areas. The details are spot on without giving out that weird HDR-ish halo around subjects. The night mode on the phone also did its job. Both OIS and EIS manage to provide enough stabilisation to get good low-light pictures. The videos taken from the same sensor offer good stabilisation. However, the overall video quality is nothing to write home about.

Realme 9 Pro+ provides a pro mode in its camera application. Along with that, you also get some interesting modes such as Neon Trail, Light Trail Portrait, Rush Hour and Light Painting which can be used to tweak the camera settings for some unique shots. You’ll get to change the exposure time in each mode to vary the results. 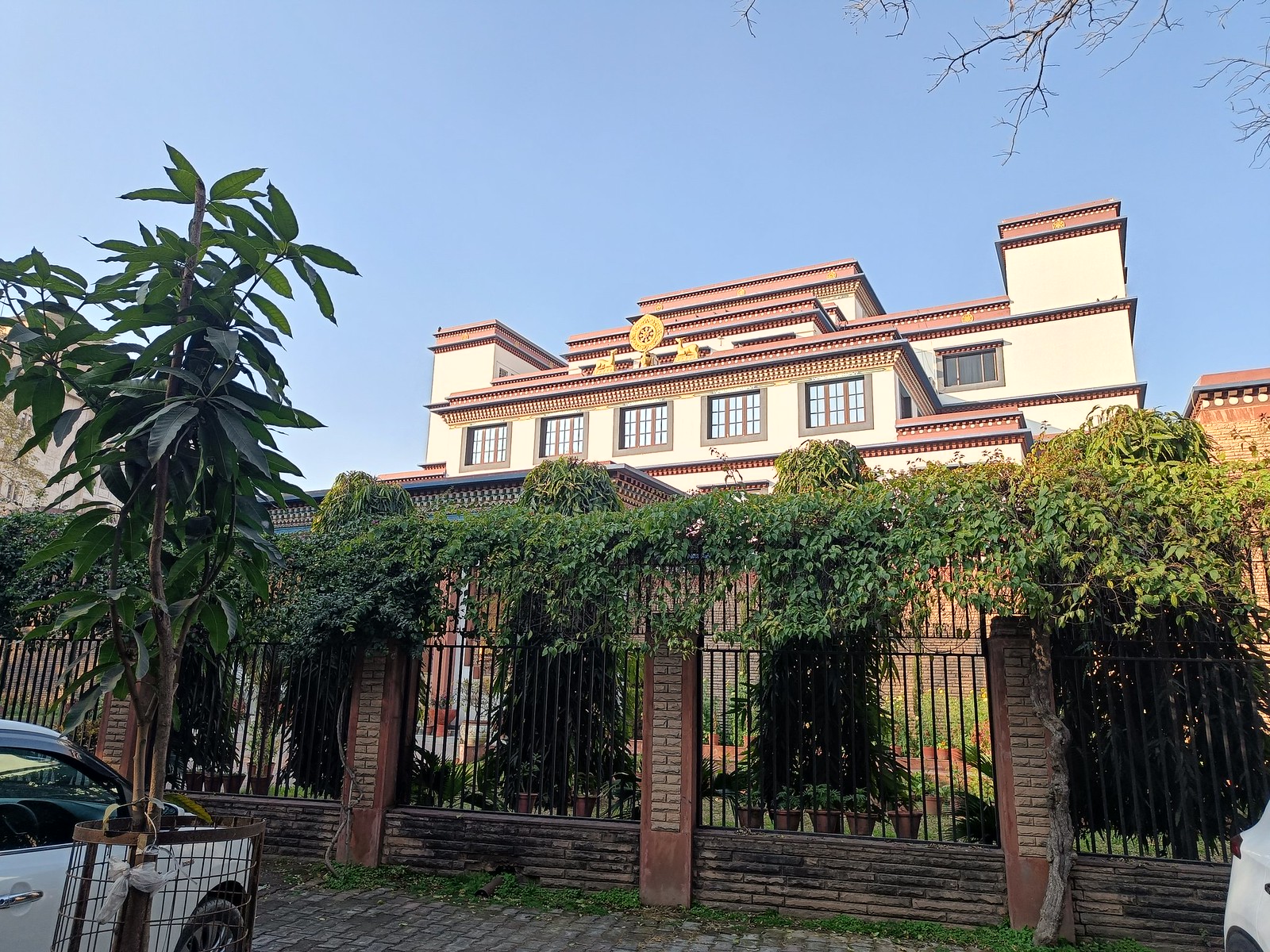 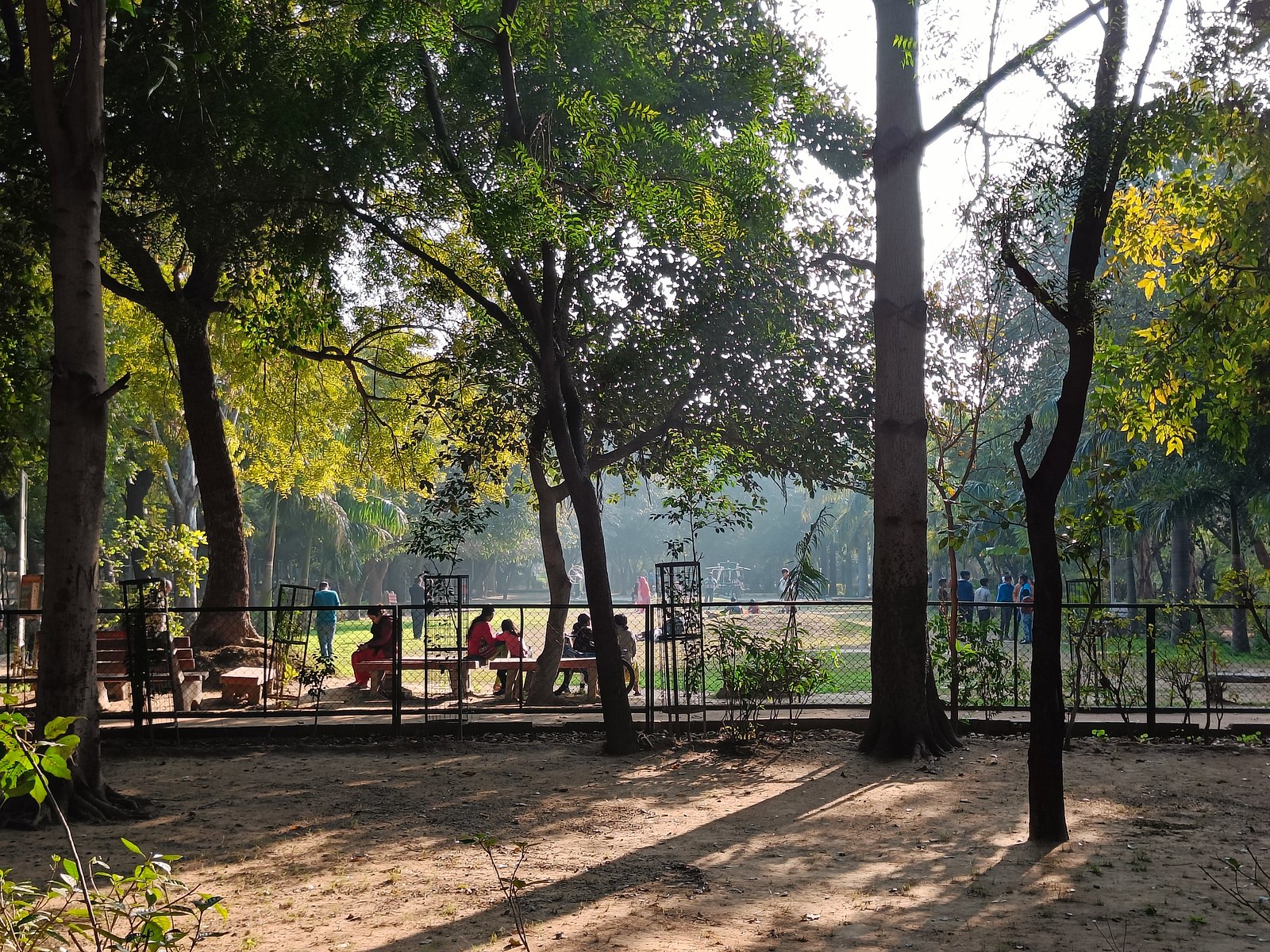 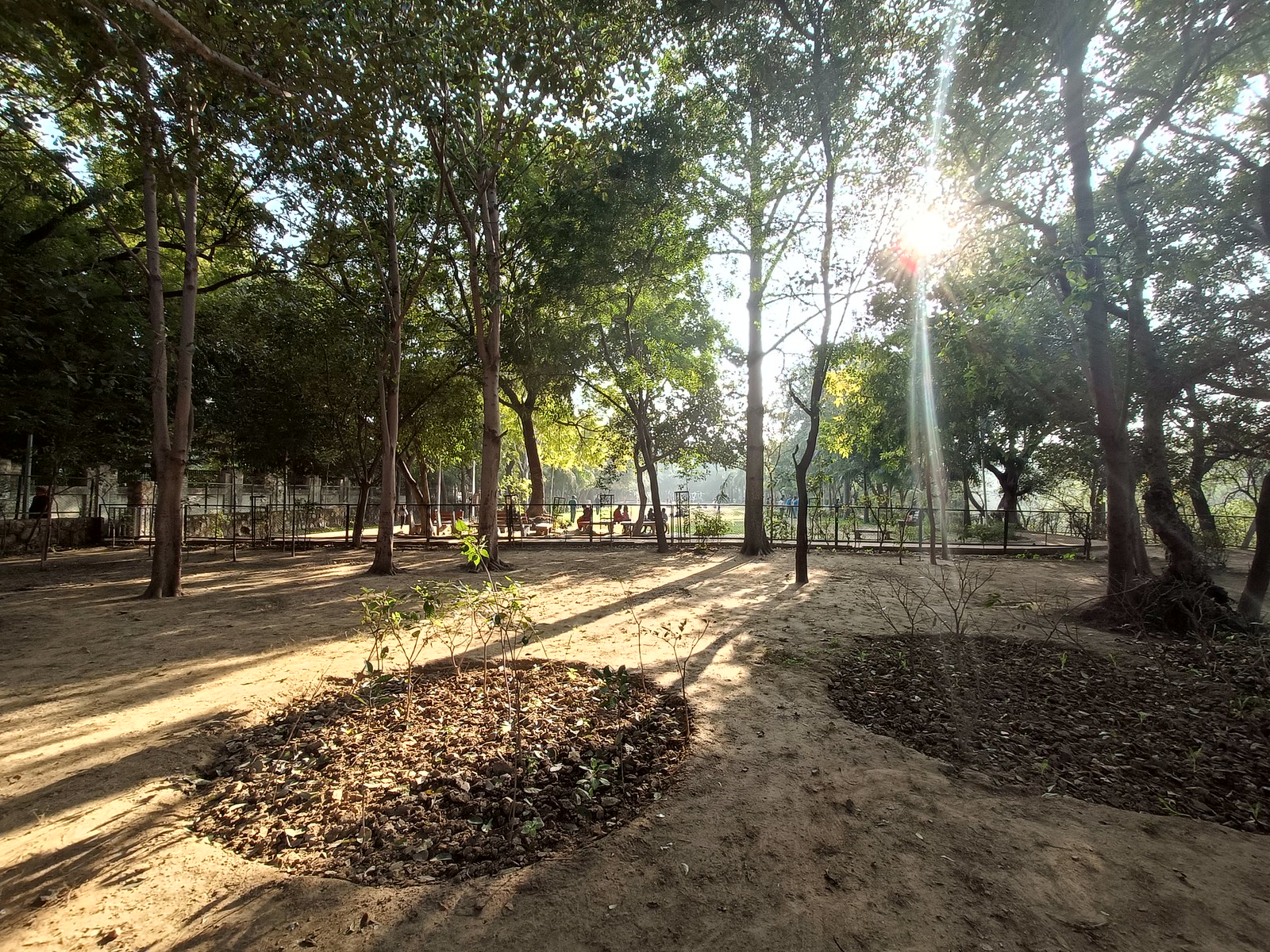 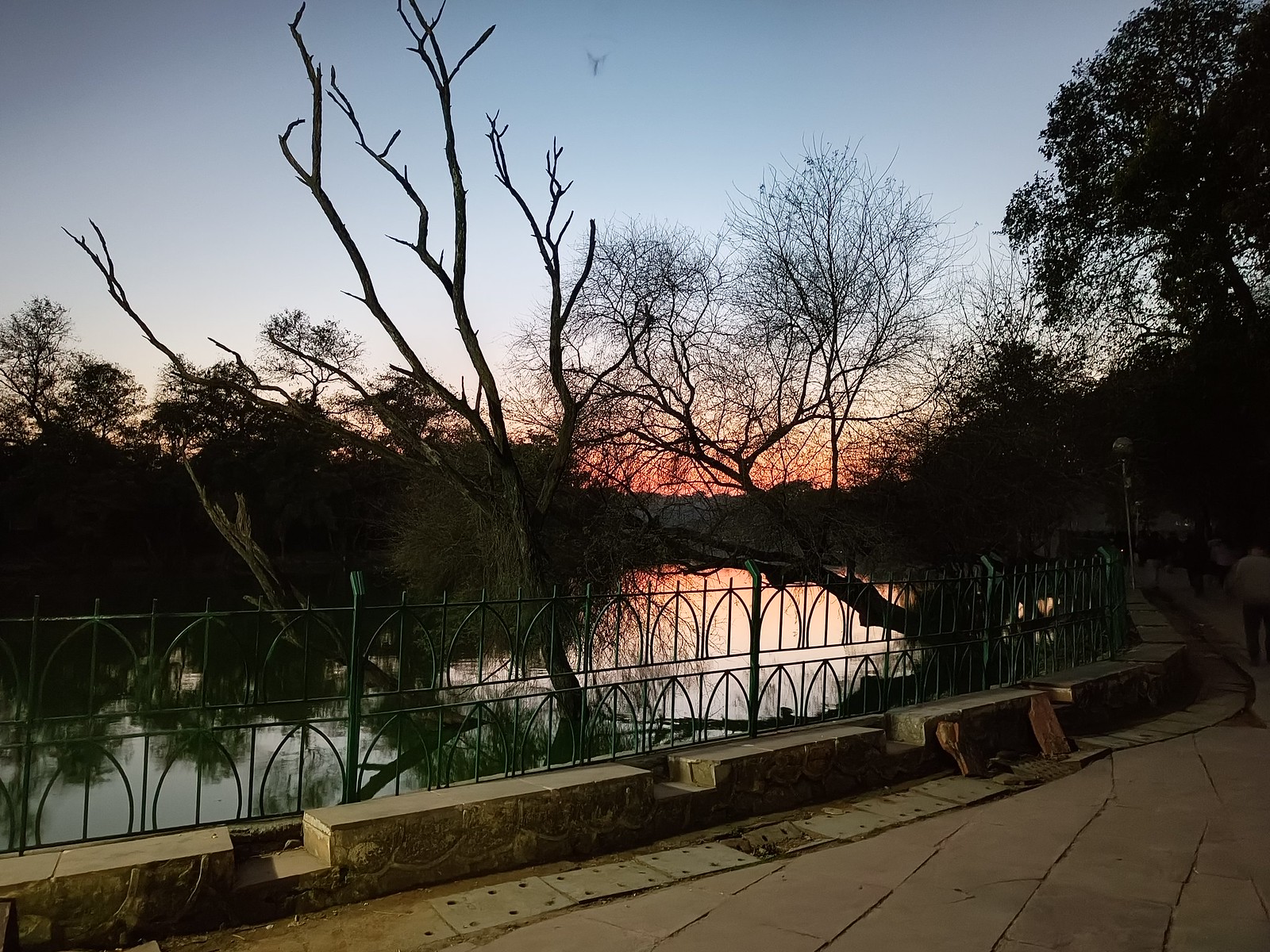 Image was taken at dusk (darker than what we see here) 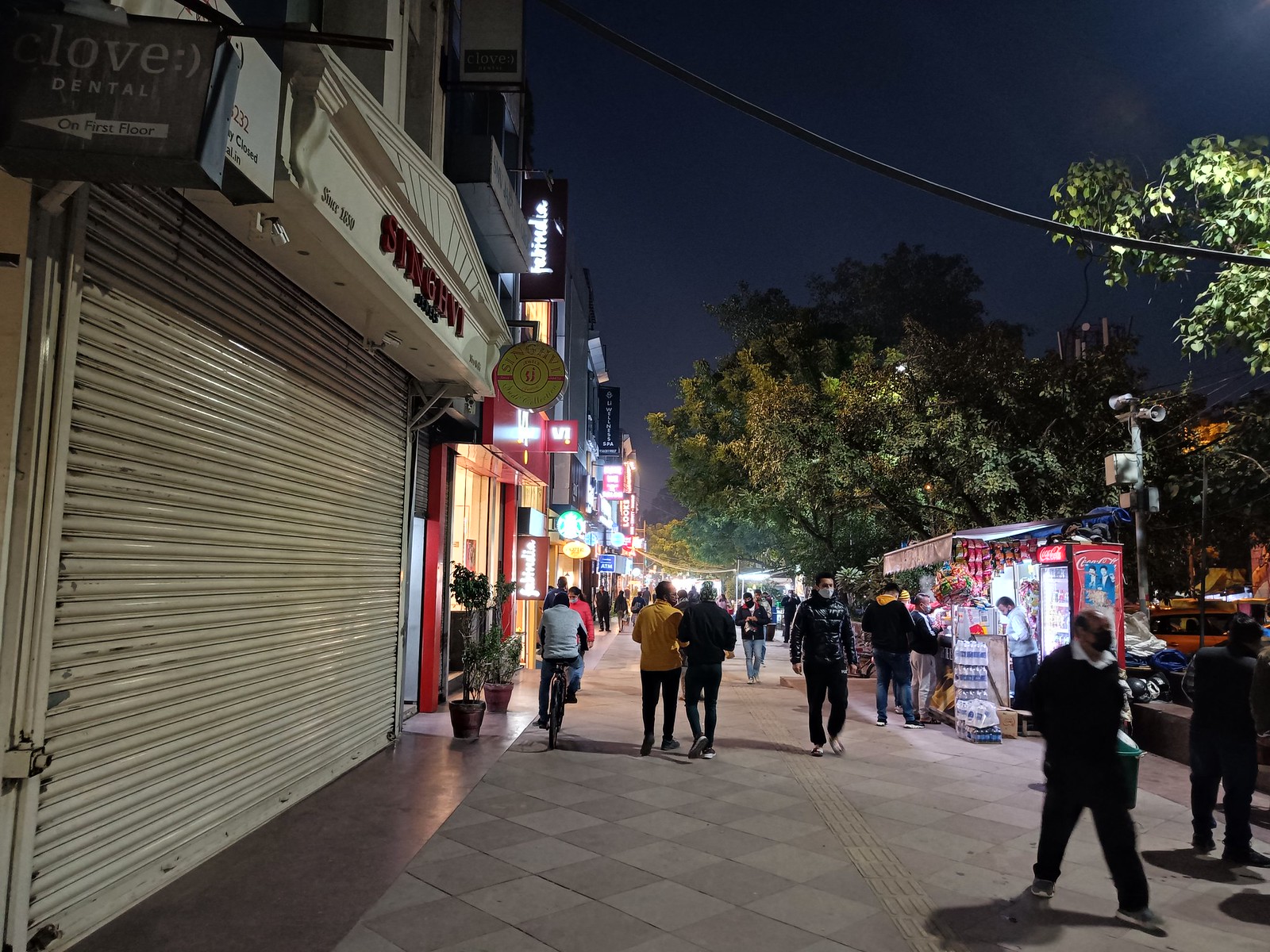 The ultra-wide-angle lens does not compare to the primary sensor. However, the colour tones are good enough to capture landscapes. Do not expect a lot of sharpness and details in the ultra-wide angle pictures.

The front-facing 16-megapixel camera captures ample details in good lighting conditions. The field of view is pretty wide without any visible distortion on the sides. You have plenty options to tweak things like skin tone and facial features within the camera app. Even with the filters turned off, expect slight smoothening of skin tones. 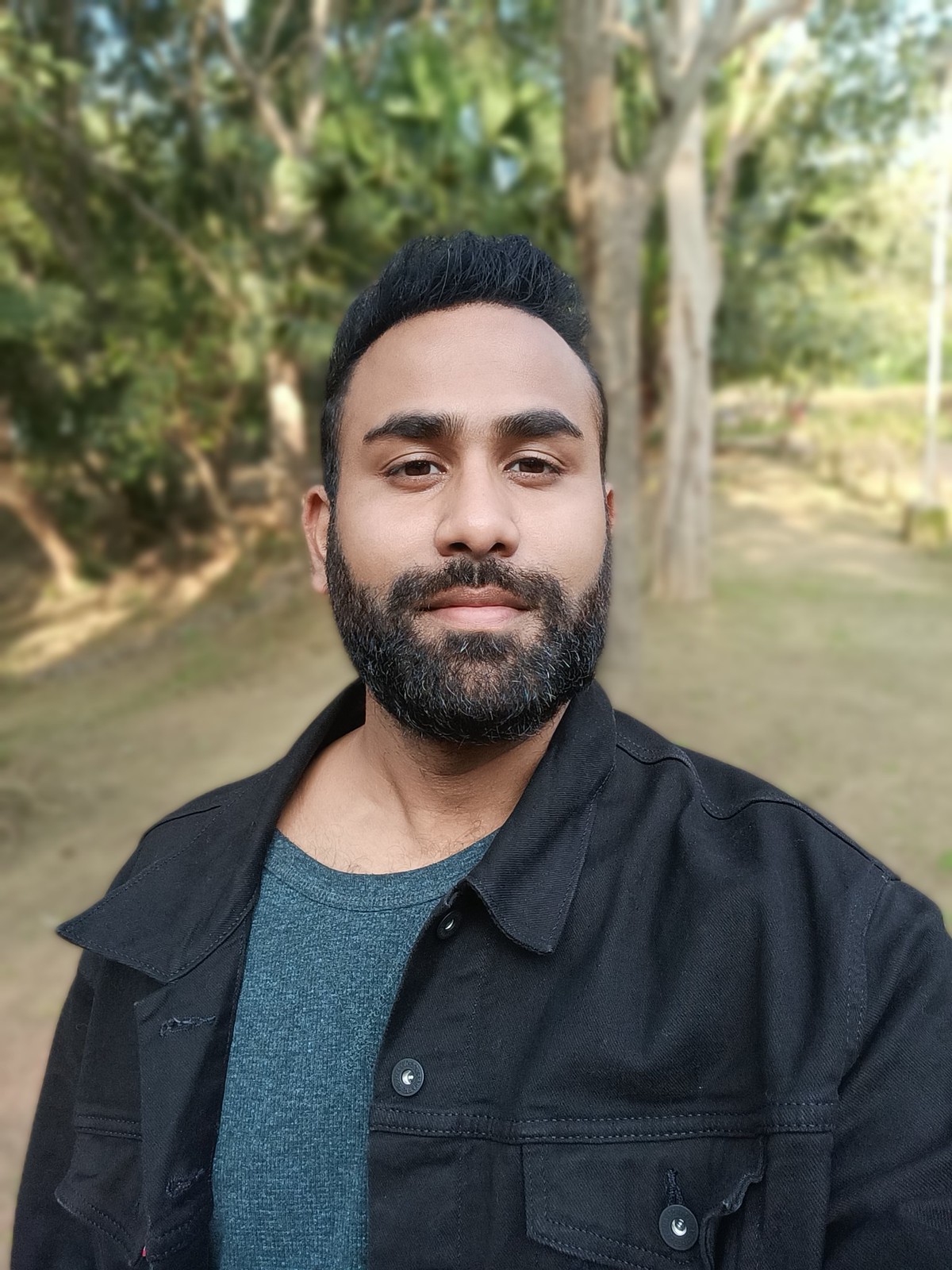 While the hardware is the brawn, the UI is the brain of the device. I’m happy to report that the Realme UI 3.0 will enhance the overall experience. There are some apps that come preloaded with the phone but there’s nothing you can’t get rid of.

The UI is smooth, the animations also have this satisfying transitions that have been absent on most previous Android versions. The 90Hz AMOLED display helps with the overall experience. You get more control over app permissions. The privacy dashboard shows which app is using your camera, location, microphone and other hardware.

Coming straight to the point, it is tough to exhaust the battery on the Realme 9 Pro+ in a day. The smartphone comes with a 4500 mAh battery unit. To top it, Realme provides a 60W SuperDart charger in the box. The Realme 9 Pro+ has some really good things going for it. The chipset and the primary camera make it a good contender in this price range. The camera modes and filters also provide some level of experimentation for interested users. The battery also makes a strong case for the Realme 9 Pro+. The buyer also needs to keep in mind that the phone’s display isn’t the best in broad daylight situations. Realme needs to realize that they will be going against established mid-range premium devices such as the Nord 2 in this price segment.

The new Realme 9 Pro+ will first go on sale on February 21 at 12 PM via Flipkart and realme.com