The Realme C1 is an entry-level smartphone that aims to disrupt the segment with powerful hardware. But is it worth your purchase?

Chinese smartphone maker Realme debuted as a sub-brand of Oppo earlier this year in May, and now the company is a completely separate entity altogether. In these six months, the company has launched four smartphones – and the USP of these devices have been design and value for money in their respective price segments. Last month, the company launched the Realme 2 Pro, and surprised everyone with an entry-level smartphone – Realme C1. Also Read - Top 5 smartphones with great battery life under Rs 20,000 in May 2021: Poco X3, Moto G60 and more

The phone is a direct competitor to the Xiaomi Redmi 6A and the recently launched Asus Zenfone Lite L1. Priced at Rs 6,999, the Realme C1 brings premium design, dual cameras and good specifications for the money. And then, whether you love it or hate it, the smartphone also brings a notched display. You can buy it exclusively from Flipkart, just like the other Realme smartphones. Also Read - Flipkart Flagship Fest sale: iQOO 3, Moto Razr, iPhone 11 and other deals to consider

For a year now, the Xiaomi Redmi 5A has been holding the crown of being the entry-level king, and the Redmi 6A is now a worthy successor. Now, does the Realme C1 have enough to displace the Redmi 6A and be the new favored recommendation in entry-level segment? Let’s find out.

Glossy Design: A first for the segment

With the Realme 1, the company introduced a glass-back design with a diamond finish, and that was commendable for a phone priced under Rs 9,000. The C1 is no different. At first glance, it may seem like the smartphone comes with a glass back, but it is actually a composite hard plastic material with glossy finish, which looks like glass. The mirror finish design adds to the charm.

The chassis is made of plastic, but it feels pretty solid and has a matte finish to it. The front is dominated with a big display and a thick chin, whereas at the back, you have the dual-camera setup and LED flash at the top left. There is a nice steel rim around the camera modules that adds a nice touch to it. Rest of the back is clear, and Realme logo sits at the bottom. Now, as is the case with every device with a glass back or glossy finish, this one too attracts fingerprints, and you ll spend a lot of time cleaning them off. Putting a case on it would be a good option, and Realme bundles one in the box.

Talking about ports and buttons, you have the power / sleep button on the right, and the volume rocker on the left. The dual nano-SIM card slot tray along with a dedicated microSD card slot sits on the too left. Along the bottom you have the microUSB port and a 3.5mm audio jack. Manufacturers call the notch a feature, whereas critics term it as a design compromise. No matter how you look at it, brands are trying to mimic Apple after it made the infamous notch famous. And yes, till we don t have an entirely viable solution for full screen smartphones, the notch is here to stay. The Realme C1 is the first smartphone in this price point to get a notched display. It houses the front camera, earpiece, and the proximity and ambient light sensors. The notch does help to push a few boundaries and offer a slightly bigger display that stretches till the top bezel. It packs a 6.2-inch HD+ display that runs at a resolution of 1520x720pixels, with an aspect ratio of 19:9. The screen is adequately bright indoors, while outdoors, it is bright enough to offer decent legibility under sunlight. Color reproduction on the screen is pretty good, and there is nothing to complain about.

Talking about the notch, it isn t as wide as the iPhone X, and not as deep as the Pixel 3 XL, which is a good thing. And unlike some manufacturers that allow you to hide the notch with black bar, Realme hasn t added that option. However, you can individually go in app settings and allow or deny to use the notch area display based on your preferences.

Dual Cameras: Yet another first

When Realme was launched, Oppo did mention that it is here to disrupt, and the company has lived up to its words. The C1 is the first smartphone in this price segment to come with a dual-camera setup at the back. The setup includes a 13-megapixel primary sensor supplemented with a 2-megapixel depth sensor for portrait mode. Realme has also added AI chops with scene detection mode to optimize the photos. But what about the photo quality? The Realme C1 is a capable smartphone in its category that click good photos in daylight. The dynamic range and colors look decent, photos are adequately sharp, and details are good too. But don t expect too much. 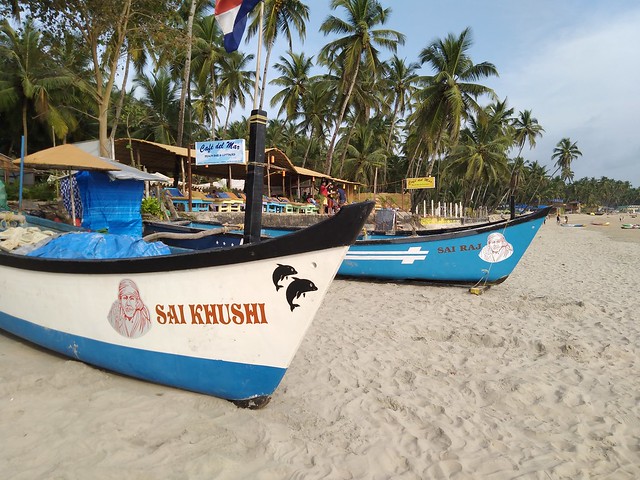 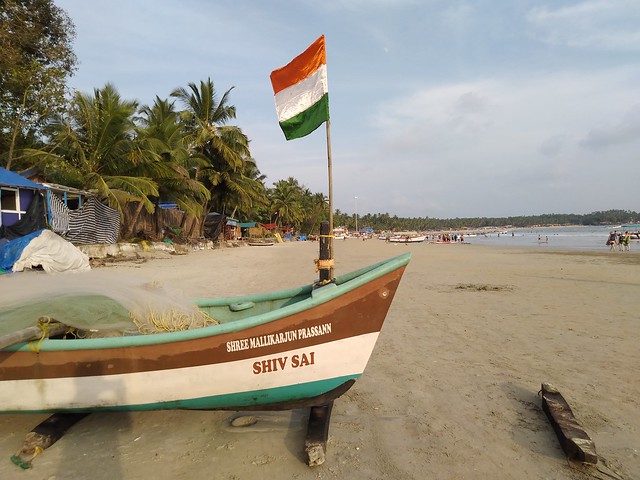 Portrait mode photos also look decent, and edge detection works to some extent. However, in portrait mode, you ll notice that the colors slightly go off. A couple of sample shots below. 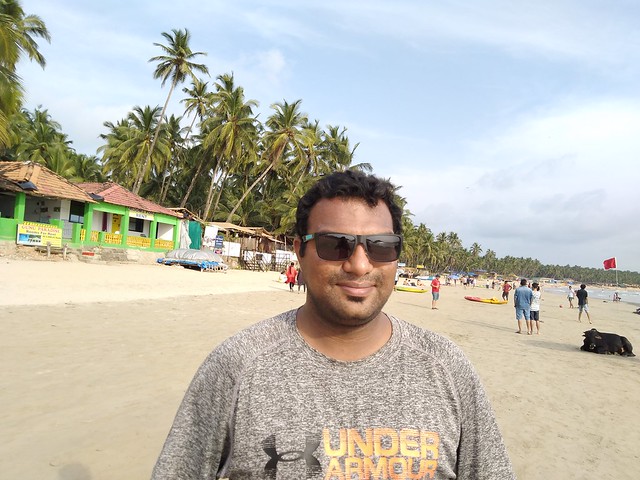 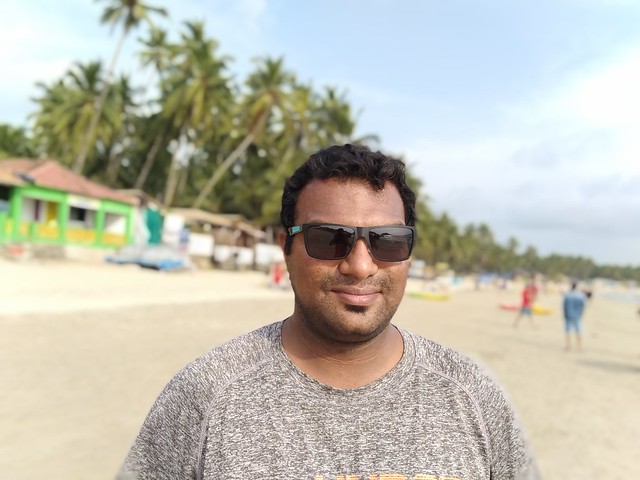 The cameras take a hit in low-light, which shouldn t come as a surprise. In auto mode, it overexposes the lights, and graininess is visible. You can click slightly better photos by tweaking and lowering the exposure value, and it does a decent job. Look at the below photos with lower exposure value. 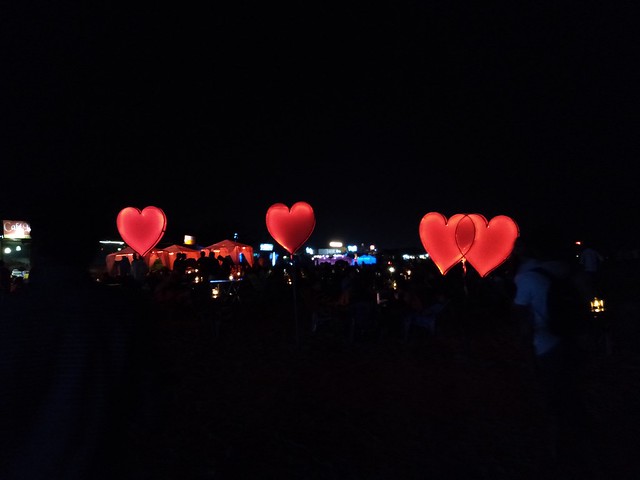 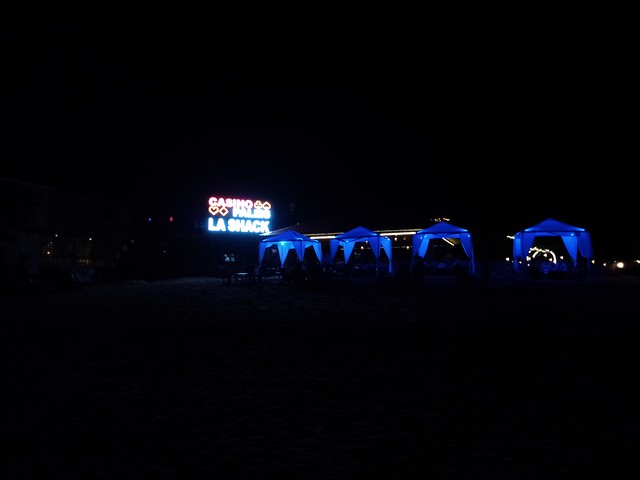 Lastly, the smartphone comes with a 5-megapixel front camera with AI portrait mode, and face unlock. In good lighting, the camera clicks decent photos, but ensure that the beauty mode is turned off (it is on by default). Selfies look decent, and the edge detection is average. Honestly, you cannot expect more from an entry-level smartphone. Take a look at the camera samples below. 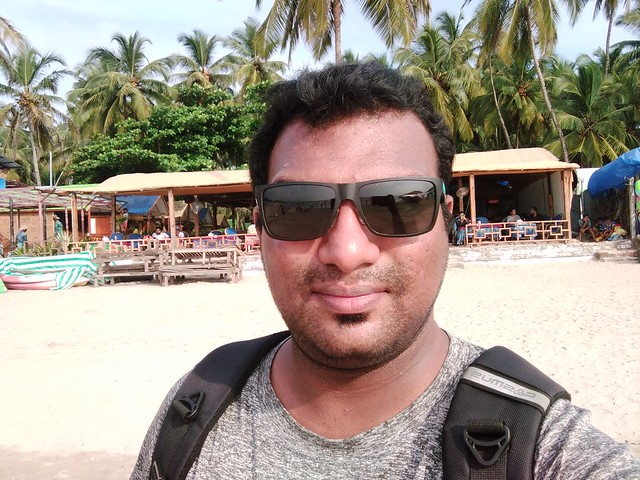 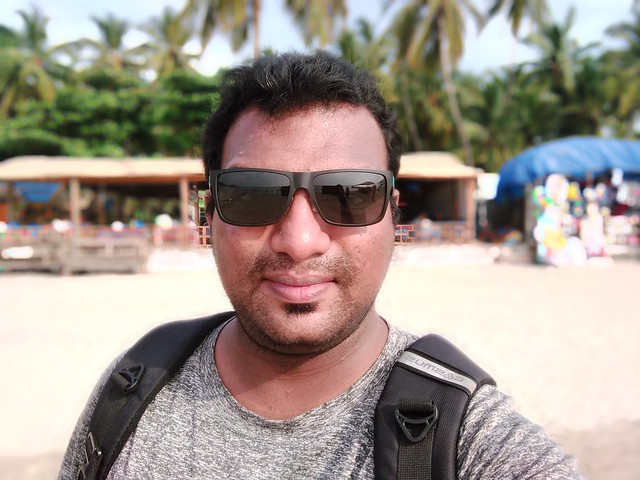 Just like the Realme 1, 2, and 2 Pro, the Realme C1 also comes with Android 8.1 Oreo with ColorOS UI on top. The smartphone runs on September 2018 security patch which is not a bad thing. It remains to be seen how well Realme works in keeping the phone updated, at least with the monthly security patches. In all the previous Realme devices, I had one major problem with the OS – the Settings Menu had been very confusing, and there was no Search option either. Thankfully, the latest build of ColorOS introduces Search menu in the Settings Menu, making things a little easier.

Now, the smartphone comes with 2GB of RAM and 16GB onboard storage, which isn t disappointing considering it is an entry-level smartphone. However, the system itself hogs about 7.3GB space, and you re left with around 8.3GB. Out of this space, apps like Google Play Store, Maps, Gmail, Google Search, Chrome and more take up 3.5GB. Still, I just had 5GB space left, which defeats the purpose of having 16GB. And after you install apps like Facebook, WhatsApp, Instagram and a couple more, you will only be left with about 2GB. And as cache files continue to accumulate, you ll need to delete some apps; yes, it happened with me. The worst part is that there is no option to move apps to the SD card. I hope that with future software updates the company can introduce this option.

Apart from the UI eating up storage space, I had no major issues. The UI isn t smoothest, but considering it is an entry-level phone and we re used to snappy devices, I won t complain.

Performance: Better than most alternatives?

Being an entry-level smartphone, the Realme C1 does a decent job with its performance, and the credit can be given to the Qualcomm Snapdragon 450 SoC. However, 2GB of RAM feels a bit less. At any point, 1GB of RAM is system reserved, and when you open apps such as WhatsApp, Facebook, Chrome, or anything else, 500-600MB gets utilized, and you are only left with about 400-500MB free RAM. As a result, the phone starts slowing down with too many apps open. Once you are in the app and scrolling through the web pages or your timeline, things are a bit smoother. But then again, if too many apps are running in the background, it takes a couple of seconds to wake up the phone. Gaming performance is decent when playing casual titles such as Subway Surfers, Candy Crush and Temple Run, and this start getting jittery when you play intense titles such as PUBG Mobile, which does not run well on the phone. With graphics settings at low, the game runs, but there are frame drops that ruin your experience. Of course, it s an entry-level phone and that may be too much to ask for. Realme has packed a big 4,230mAh battery on the C1 which is not something that you would find on competitor phones. And because the Snapdragon 450 SoC is optimized for performance and efficiency, the C1 offers a very good battery life. On a single charge, even with heavy usage, the battery easily lasts whole day, and more. With controlled usage, you can even stretch it close to two days.

Verdict: Should you buy the Realme C1?

As mentioned above, Realme is here to disrupt the smartphone segment, and it is evident from the brand offerings. The Realme C1 offers a good dual-camera setup on a budget, a bigger notched display, and a big battery among other additions. Of course, if I had to pin-point one area where it needs improvement, I d say that’s the RAM and storage department.

Of course, there are options such as the Asus Zenfone Lite L1 and Xiaomi Redmi 6A, but they don t have a chipset as powerful as the Realme C1, nor do they come with as big a battery. But overall, the Realme C1 is a good value-for-money smartphone that you cannot go wrong with, whether you are looking for a secondary device or you’re a first-time smartphone buyer.