Realme Narzo 30 Pro 5G smartphone checks all the boxes for casual usage, but can it beat its rivals like the Poco X3? We find out in our review Realme Narzo 30 Pro 5G smartphone is the third iteration in the company’s Narzo series. The new Narzo sibling is among the most affordable smartphones in India to offer 5G support. The new Realme Narzo 30 Pro price starts at Rs 16,999. The device offers some great features on paper including a 120Hz display, a 48-megapixel triple camera array, and up to 8GB of RAM. But considering the price, the Realme Narzo 30 Pro has some tough competitors to pit against, for instance, the mid-range Poco X3 that offer a big battery package and capable hardware, Motorola One Fusion+, or the very own Realme X7 5G that share similar hardware. Also Read - Top 5 cheapest 5G smartphones in India in May 2021: Realme 8 5G, Moto G 5G, Xiaomi Mi 10i

The Realme Narzo 30 Pro specs look decent on paper, but whether it lives up to expectation in real-world usage we find out in our review. Also Read - Redmi Note 10S Top 5 Alternatives in India: Realme Narzo 30 Pro, Poco X3, Galaxy M31 and more

The Realme Narzo 30 Pro looks like a replica of the mid-range Realme 7, which went official in the Indian market last year. The Chinese smartphone manufacturer has applied the same coating on the new Narzo phone. The only difference you will find is the split AG finish on the Realme 7. The power button on the Narzo 30 Pro is flat and accommodates the fingerprint scanner. The back panel is built out of plastic and so is the chassis, however, it doesn’t feel cheap. The Sword Silver colour variant that I got for review looks good on hand. Although Realme claims to have applied anti-glare coating on the new Narzo phone, it does attract a lot of fingerprints and feels slippery. But thankfully Realme has included a silicone case in the box. That said, the tapered edges do give a good grip on the phone.

The top left corner of the rear panel is chiselled with the wide rectangular camera strip that houses the triple rear camera.  The bottom boasts all the necessary ports. Ergonomics-wise, the phone is good, and you can comfortably operate it with a single hand.

Realme Narzo 30 Pro flaunts an elongated form factor upfront, much like any other mid-range device. The minimal-bezels surrounding the front-fascia really helps to fixate to the content playing on the screen. The vibrant colour reproduction is another delight when it comes to viewing experience. Although the phone gets a similar display dimension and aspect ratio as the Realme 7, the biggest leap with Narzo 30 Pro comes on the refresh rate factor. Instead of 90Hz, the latter now offers a 120Hz display and 180Hz touch sampling rate.

While the viewing angles are good and the front panel manages to produce rich colours, it is prone to smudges. I could even observe a glaring effect under the harsh light. However, adaptive brightness works well and provide adequate brightness level for outdoor use. Nonetheless, the LCD panel reproduces decent contrast and colours don’t appear oversaturated.

Realme Narzo 30 Pro is a reliable daily driver. With several tabs opened in the browser, switching between emails, clicking photos, opening apps was a smooth experience, and the device could handle these tasks without breaking a sweat.

While real-world usage speaks a whole other thing as compared to synthetic benchmark tests, the difference in performance could be noticed while running graphic-demanding games. Even though the 120Hz display add a bonus while scrolling through apps, the high refresh rate couldn’t do justice while throttling graphic-intensive games like Call of Duty: Mobile, Asphalt 9 Legends or Tauceti. I could notice lag while playing CoD even at the default medium graphics. Although the device managed to run Asphalt 9, the hiccups could be felt with frame drops while playing Tauceti at high-quality graphics settings.  However, casual games like Alto Odyssey ran just fine without any stutter. The phone did heat up a bit after about 30 minutes of gameplay.

The new Narzo phone ships with Realme UI based Android 10 OS. Similar to other Realme smartphones, the interface on the Realme Narzo 30 Pro comes with a host of bloatware. Some of the apps can be uninstalled but the question that arises is whether these apps are safe to use given many Chinese apps are banned/accused of stealing users’ information. To put in simple words, even if you want to try these apps, use them with caution (especially when granting permission) irrespective of how gleamy they may look on the surface. Keeping that aside, the Realme Narzo 30 Pro offers a bunch of customisation and gestures. While some are useful, some are added just for the sake of it. The display settings offer the option to choose between colour profiles and switch to a system-wide dark mode. You can also customise quick toggles in the notification shade and use gestures for navigation and taking screenshots.

Besides bloatware, the custom browser’s frequent notification can be annoying at times, but the interface is optimised well enough to offer a fluid experience.

Similar to the predecessor, the Realme Narzo 30 Pro gets a 48-megapixel camera setup, but this time around Realme has ditched the 2-megapixel B&W portrait camera. The camera app layout is pretty basic, and you get additional settings under the ‘More’ sub-menu. Speaking of the camera performance, the primary shooter could produce image output with a good amount of details and colour in well-lit conditions. In broad daylight, the triple camera array could manage to capture shots with decent dynamic range. However, the low light shots speak a different story with a definite loss of detail and smudgy appearance. On the phone’s display, the images look fine but zooming in shows massive noise reduction. Realme has added Night mode on the Narzo 30 Pro which brightens the pictures in low light with better highlights and enhanced details, but it requires you to hold the phone still for a good three seconds for a decent result. 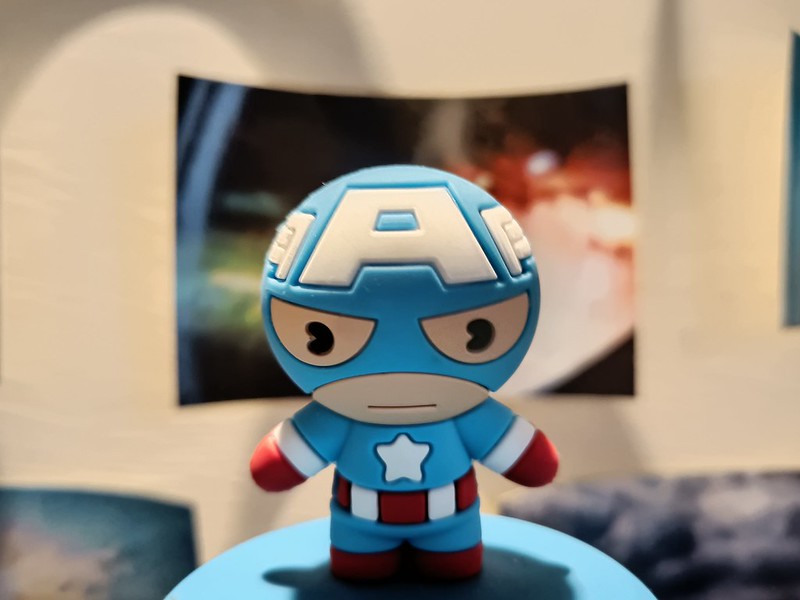 As for selfies, the 16-megapixel selfie shooter produces average result. The camera software smoothens the skin to an extent that you can barely recognise your face. The front camera managed to shoot portraits with decent edge detection in daylight. But with low-light images, I could notice distortion on the edges; even when capturing portrait shots with the rear camera.

Realme Narzo 30 Pro offers good battery backup. During my testing period, I could easily get a day’s worth of juice with heavy usage that includes streaming content on OTT apps, instant messaging, scrolling through apps, websites and playing games in between. The screen-on-time rated at about 7 hours on a single charge. The phone supports 30W Dart charging down from the 65W Superfast Dart Charging technology on the Narzo 30 Pro. The bundled charger takes about 18 minutes to charge the device from 0-50 percent, and nearly 70-75 minutes to fully charge up the battery. Realme Narzo 30 Pro is a reliable daily driver that checks all the necessary boxes for a casual user. The phone provides a vivid display with good colour reproduction and contrast, a snappy fingerprint reader, and good battery backup. The UI is well optimised and the 120Hz high-refresh-rate just sweeten the deal by smoothening the interface.

The phone is not ideal for gamers, courtesy of the MediaTek Dimensity chipset’s lack of optimisation. It can produce detailed daylight images with good colours, but low-light camera performance will disappoint camera enthusiasts.

In a nutshell, for those who are looking for a smartphone with a tall vibrant display, well-optimised software, and good battery backup at a decent price they can pick the Realme Narzo 30 Pro. However, if gaming is your top priority, then you should opt for a better alternative- the Poco X3 that not only include a 120Hz display, but better hardware, and a massive 6,000mAh battery.