Realme finally has a flagship smartphone in its Indian portfolio. But is the Realme X capable of succeeding in a highly competitive price segment? Here’s our Realme X review. To say that Realme has created a buzz in the Indian smartphone market would be an understatement. Since going independent from Oppo, the new company has worked with a clear strategy. Take on the number one (and popular) brand in India Xiaomi. Realme has launched a variety of devices across the affordable segments in India, but so far it lacked a flagship device. Until now that is. Earlier this month, it launched the Realme X, which offers all the trimmings you expect from a flagship device. Having spent over a week with the new device, here’s our Realme X review. Also Read - Realme takes a jab at Xiaomi Redmi K20 price in India

From the first glance, it is clear Realme s designers have spent a lot of time on their new flagship device. The Realme X is easily among the best looking devices in the sub-Rs 20,000 segment. We received the Polar White color variant, which looks premium. It maybe a plastic panel, but the way it has been built oozes class. The other color option is Space Blue. There’s also a Realme X Master Edition that comes in Onion and Garlic colors. Also Read - Realme X First Impressions: Pop-up selfie camera, in-display fingerprint scanner and more

You get the standard set of buttons on the sides. At the bottom you ll find the audio jack, USB Type-C port, and the speaker grille. The overall form factor is a tad large making it nearly impossible for one-hand use. Still despite the size, the smartphone is surprisingly light. The real talking point of the Realme X however is what you see up front. The large 6.53-inch dominates the front with minimal bezels surrounding it. The notch-less design has been achieved by opting for a pop-up selfie camera. While I m still not completely sold on pop-up cameras, they do have their advantages. The biggest of them is a nearly edge-to-edge display (91.2 percent screen-to-body ratio) without any deformities. Yes, there is still a relatively thick chin at the bottom, but it is something you won t notice after a few days.

The FHD+ AMOLED screen is quite bright, and I had no complaints about visibility. The display is sharp, and colors look punchy. Another thing to note here is the support for Gorilla Glass 5 protection. In essence, playing games or watching videos on this screen is a pleasant experience. During my time with the device, the overall performance was quite snappy. The chipset feels powerful enough to handle most of the day-to-day tasks with relative ease. The chipset is aided by an Adreno 616 GPU, and together they can easily handle most games. While it is futile to expect premium smartphone level performance, the Realme X s internals were able to handle games like Asphalt 9: Legends quite well. Even the popular PUBG Mobile worked well with graphics set to HD. On paper, the Realme X doesn t have a huge battery. Especially when you compare it with the 4,000mAh unit on the Xiaomi Redmi Note 7 Pro. But the 3,765mAh unit powering the Realme X is capable enough to last a full day. With a more judicial use, the battery can easily last about a day-and-half. What s equally impressive is how the battery charges. It supports VOOC 3.0 fast charging, and I was able to charge the battery from zero to 100 percent in just less than an hour-and-half.

On the software front, the device runs Android Pie-based ColorOS 6. Oppo s UI has undergone plenty of improvements over the year, but there remain a few aspects that need work. Some of the menus still need the touch of a seasoned designer, while a few app icons could look less cartoonish. This is, however, me nit-picking, and overall the UI felt quite smooth and fast. Having said that, the UI still suffers from bloatware. The smartphone comes with quite a few pre-loaded apps, and not all can be uninstalled. The likes of NewsPoint and even Realme s own App Market tend to spam you. It also comes with so-called smart folders , which keep recommending you hot apps and games. Fortunately, these can be uninstalled.

Moving to on to the Realme X feature that really surprised me camera. The smartphone a dual-camera setup at the back, consisting of a 48-megapixel f/1.7 Sony IMX586 sensor, and a 5-megapixel f/2.4 depth sensor. The rear cameras are surprisingly adept at shooting detailed photos in ideal lighting conditions. Outdoors during the day, I was able to shoot photos with great colors and plenty of details. The cameras do a great job with HDR, and dynamic range too is good. The camera app may show a 2x button, but without a telephoto lens on board, it just offers a digital zoom. The depth sensor helps in shooting good quality portrait shots. There s no option to adjust the blurring, but it looked natural in most of the shots. 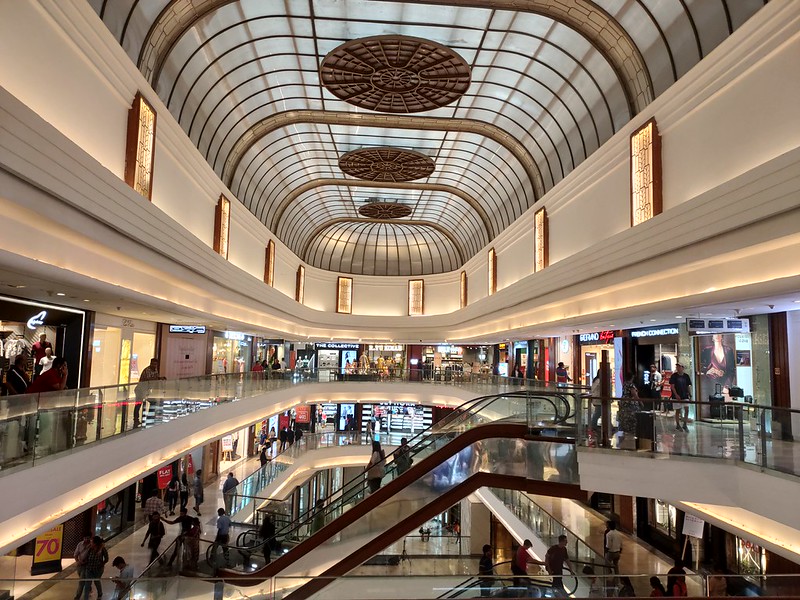 Another impressive bit is how the Realme X s camera handles low-light photography. In most scenarios, the camera can capture photos with good amount of details, and less noise. There s also a built-in Nightscape mode, which is there to aid low-light photography. It takes longer to shoot a photo in this mode, but often you will be less than satisfied with the result. While trying to shoot brighter photos, noise tends to creep in. Still, it won t be a stretch to say that the Realme X is among the best low-light camera phone in the mid-range segment. Up front, there is a 16-megapixel Sony IMX471 sensor embedded in the pop-up mechanism. The mechanism itself is quick, and it pops-up in less than a second. There is also fall detection built-in, so in case the device slips out of your hands, the mechanism will retract automatically.

The camera can shoot decent selfies with good colors and enough details. For those who prefer touched-up photos, there s also a built-in Beautification mode. You can also shoot portrait selfies. But while edge detection is decent, the selfies and the background blurring tend to look artificial.

Should you buy the Realme X?

The Realme X is a sign of a brand that is learning and growing fast. It is clear that a lot of thought has been put into the company’s first flagship device. The Realme X is well built, and is quite good to look at. It boasts internals that can handle day-to-day tasks as well as graphics-heavy games. The cameras too are quite capable, especially in less than ideal lighting conditions. Overall there is very little to complain about. With prices starting from Rs 16,999, the smartphone faces tough competition from the segment favorite Xiaomi Redmi Note 7 Pro, and even the Samsung Galaxy M40. Comparisons are also being made with the recently launched Xiaomi Redmi K20. The Realme X though has a lot going for it, and it will be hard for smartphone buyers to give it a miss.