Check out our review of the Realme X3 SuperZoom, checking out its camera, performance, display and other features. While those specifications look impressive, one element that stands out is the Snapdragon 855 Plus SoC, yesteryear’s flagship processor. Why the Snapdragon 855 Plus instead of the latest 865? The answer is simple. The Indian market has two kinds of flagships right now and both come with a significant difference in price. Digging deeper, the first includes 5G-enabled flagship smartphones with Snapdragon 865 SoC, while the second includes 4G smartphones with Snapdragon 865 SoC or older. The Realme X3 series makes use of the older processor to position the device lineup as 4G flagship smartphones that cost much lesser. In the 5G segment, Realme has already launched the Realme X50 Pro to fill the gap. X50 Pro remains the most powerful Realme-branded smartphone in the market. Also Read - Realme X3 SuperZoom First impressions: Zooming in on the flagship game The Realme X3 SuperZoom follows the same design structure that we saw on the X50 Pro and 6 Pro. There is a curvy body, the power button on the right, the volume rockers on the left, a secondary noise-canceling mic on the top, and the rest at the bottom. This includes a USB Type-C port, single speaker grille, the SIM-stray, and the primary mic. Without an AMOLED panel, the company has shifted the fingerprint scanner to the power button, a position that’s starting to feel more natural than ever. The scanner is fast, accurate and the buttons are tactile. We have no complaints here. The white variant we received features a matte-frosted back which looks gorgeous. If you find good-looking finishes on the back appealing, you may find it hard to put a case on this smartphone. Talking about the size, the phone is large with a 6.6-inch screen. Couple the size with the smooth back, you may find the device little slippery to hold. Regardless, the curved corners and slim form factor try to help the in-hand feel along with the comfort and ease of use. However, we suggest using the bundled transparent case if you easily drop phones.

As mentioned above, the Realme X3 Super sports a 6.6-inch IPS LCD panel. This is an interesting shift from the AMOLED panel on the Realme X2 series. If you’re a fan of AMOLED perks like Always-On display, and deep, punchy colors, then this may feel like the only downgrade on the device. However, the Realme X3 SuperZoom does feature support for the 120Hz refresh rate now. We must say, the 120Hz looks super smooth, especially coupled with the buttery transitions on Realme UI and the Snapdragon 800 series chip under the hood. These elements give the phone that extra smooth factor over its competition including the Poco X2. For some context, the Poco X2 also features an LCD panel with a 120Hz refresh rate. Furthermore, we really loved some small details such as the inclusion of a dynamic refresh rate setting which lets the phone switch back to 60Hz when there is no 120Hz capable content. This saves battery without taking away from the experience.

Talking about the panel itself, elements like color depth, accuracy are good enough, but not AMOLED-good. The large screen on the Realme X3 SuperZoom is bliss for media consumption and the pill-shaped notch doesn’t get in the way. But the company may need to work on some aspects in the future versions. The department that needs improvement is the maximum brightness of the panel. During our testing, we felt that the display could have been a bit brighter, especially when outdoors and under direct sunlight.

What we like about Realme UI is the pace at which the recently baked custom-skin is picking up the polish. With every new Realme device, Realme UI feels like a bigger competitor to custom skins out there including MIUI and Samsung One UI. Everything across the UI including elements like the notification bar, settings pages, and the lock screen feature the right amount of minimalism to complement the hardware aesthetic. However, pretty much everything is user-customizable. Attention to detail is visible like the animations around the notch when you’re in the camera app. Beyond this, things like the neat live wallpapers complete the minimalist experience. Optimizations also look good on the Realme X3 SuperZoom. Stutters are a thing of the past and everything feels snappy. The 12GB RAM on our variant certainly helped keep things fast. Though we are confident that the lower-end variant will also likely offer a similar experience. Beyond this, some elements are still missing in Realme UI. These include features like double tap-to-wake (D2TW). We hope that Realme can add this in future updates. Pictures with the main lens and the periscope lens look pleasing with great details and a good dynamic range. The periscope sensor needs no dedicated mode like the macro sensor. This results in a seamless transition from the main to the periscope lens when you zoom into subjects. The ultra-wide-angle sensor also produces vibrant results but is a little lacking in detail. We also saw satisfactory results with the dual 32+ 8-megapixel front camera setup. Check out some of our sample pictures below. 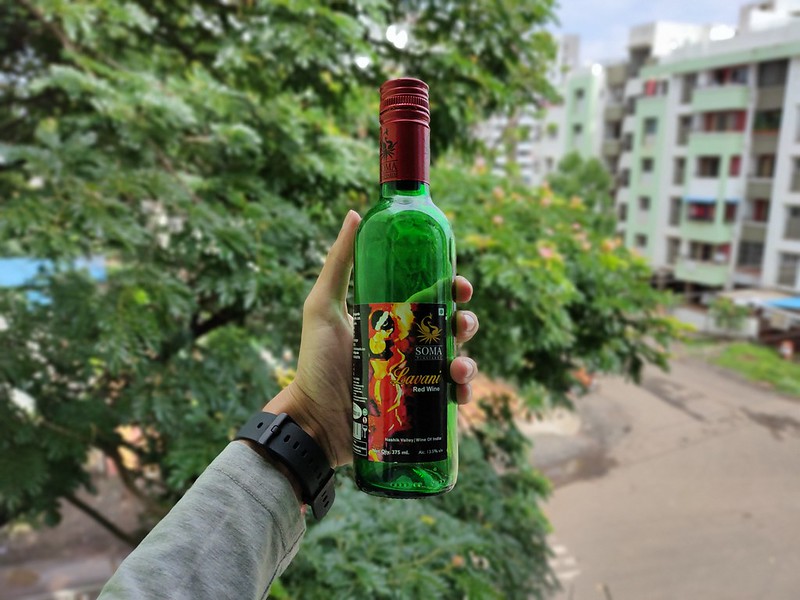 Realme’s camera software has always been a big factor in its phones and the Realme X3 SuperZoom takes it up a notch. There are a ton of controls over various elements that help you get just the kind of shot you need. The popular ‘Chroma Boost’ mode is now called ‘AI Dazzle Color’ which will provide a saturation boost to any scene. X3 SuperZoom also features the new Starry mode that lets you take cool-looking Astro shots. Note that you need a tripod for the best results in the Starry mode. This is because the photos are essentially 5-minute long-exposure shots. The camera app is also intuitive as ever. Small swipes will help you quickly switch between the important camera and video modes. Users can also find other shooting modes including macro, night, and tripod in the camera app sub-menus.

With a Snapdragon 855 Plus at the helm with 12GB RAM, the Realme X3 SuperZoom is a beast. It snaps through day-to-day tasks with a breeze and can handle a lot of apps at the same time. These include resource-heavy games. The higher-end chipset also allows the phone to take 4K video at 60fps.

Gaming was also a breeze on the phone. We tried some intensive titles like PUBG Mobile and Call of Duty Mobile and medium-level titles like Bombsquad and saw great results. The phone supports the highest graphics settings along with the highest frame-rate for all these games. We observed lag-free performance that remained consistent through our multi-hour gaming sessions. The phone also manages heat well and does not get warm easily after gaming at high graphics. The 4,200mAh battery on the Realme X3 SuperZoom will give you enough juice for a day on moderate to heavy usage. With little to light use, you may be able to manage a day and a half or even two days. With the large LCD screen and the flagship processor, the phone isn’t exactly a battery champ. However, users do get 30W fast charging technology with the smartphone. This allows you to top off your phone in about an hour. The Realme X3 SuperZoom could become a milestone for Realme and the Indian market with a new 4G flagship segment. This new segment can set the upper mid-range phones apart from the more expensive 5G-capable flagship smartphones. The phone is a great buy for the price, for both the 8GB RAM + 128GB and 12GB RAM + 256GB storage variants. It is more affordable than its rivals like the OnePlus 7T and packs in more storage and modern features. If you’re looking for a good, well-rounded smartphone in the Rs 25,000 to Rs 35,000 bracket and want that flagship-level performance, the Realme X3 SuperZoom is a worthy contender.