The fact that the Realme X50 Pro offers the latest and the most powerful Snapdragon 865 SoC, 5G and Wi-Fi 6 support, 90Hz display, and 65W charger for Rs 37,999 is impressive. Check out our review.

Realme has successfully managed to carve a place for itself in the highly competitive budget smartphone segment. Now, the brand is gradually shifting its focus from the budget phone segment to the upper mid-range and premium categories. With the latest Realme X50 Pro, Realme has now declared war against premium brands like OnePlus and others. Also Read - Realme 6 series launched with 30W charger, 90Hz display: Price in India, sale date, offers

Last year, Realme took the wraps off its first ‘true’ flagship device, the Realme X2 Pro. Now, it has launched the Realme X50 Pro, which is kind of a successor to the X2 Pro. It costs Rs 37,999 in India. Read our Realme X50 Pro review to find out everything about the device’s performance, design, value, cameras, battery life and more. Also Read - Realme Band launched with heart-rate monitoring for Rs 1,499: Check out key features

Realme seems to be using the same design blueprint across its entire range, especially when you see the phone’s back panel. To differentiate the new device, the brand is offering a punch-hole display design. While this cut-out design doesn’t completely eliminate the notch, the solution does offer a better near all-screen experience. The tiny cut-outs are placed on the left side of the device, and aren’t very noticeable when using dark mode. Also Read - Realme launches 10,000mAh Power Bank alongside Realme Q in China, priced around Rs 1,000 The device has visibly thin bezels, and the chin too is impressively thin. The screen edges are slightly curved as is the case with most modern smartphones. These bezels give the device a 90 percent screen-to-body ratio. The Realme X50 Pro comes with a big 6.44-inch Super AMOLED panel, which is not that punchy and is a bit dull. The front panel is protected by Corning Gorilla Glass 5.

Similar to Realme X2 Pro and OnePlus 7T, the display runs at 90Hz, which offers a better experience and smoother transitions than a 60Hz display. You also get an option to switch back to 60Hz. The screen supports HDR 10+, and it has good viewing angles and the Full HD+ resolution is adequate. Strangely, there is no double-tap to wake the display option in the phone’s setting, which is quite an issue for me and it will be for some users too.

In line with the current trend, there is no headphone jack. It is the same case with rivals like the OnePlus 7T and Samsung Galaxy S10 Lite. Realme however doesn’t ship a USB-C adapter in the box. This means users will have to stick to Bluetooth-enabled hearables or invest in a third-party adapter. Apart from the headphone jack, the handset also lacks a waterproof rating.

For security, there is an in-display fingerprint scanner, which quickly unlocks the phone. The overall device feels quite heavy at nearly 205 grams. The device is well-built and feels very solid in hand. The buttons also have nice tactile and the gold-colored power button is a nice touch. The device comes in Moss Green and Rusty Red colors. With a combination of Snapdragon 865 and 90Hz display, the device delivers a fast and smooth experience. At no point, we felt that the device was slow. Graphic-intensive tasks like gaming and watching videos work like a charm. While not a lot of games support the 90Hz display, we still appreciate the fact that Realme offers a 90Hz screen. The device is able to handle graphic-intensive games like PUBG Mobile and Fortnite with ease. During gaming, we did notice the rear of the phone getting a little warm.

Realme has been churning out phones with Android 10 OS. This one too comes with the latest Android OS with Realme UI on top. The UI gives a slight feeling of stock Android, and is much better than ColorOS. There is a bit of bloatware, but most of them can be uninstalled. Similar to other ColorOS phones, here too you get a Smart Sidebar on the edge, which is sometimes useful. The Realme X50 Pro has a 4,200mAh battery with support for 65W SuperDart charging. Realme ships the fast charger in the box itself. The company claims that this fast charging technology can refill the battery completely in 35 minutes. In our test, the charger charged the device from 0-to-93 percent in about 30 minutes. As far the battery life is concerned, the phone managed to last about a day and a half with usage including internet browsing, social networking, and a few hours of binge-watch. If you add photography and a few hours of gaming to this, you will get less than a day’s battery life. Similar to the Realme X2 Pro, the X50 Pro also features a quad rear camera setup. You get the same 64-megapixel camera, which uses Samsung’s ISOCELL Bright GW1 sensor. It relies on pixel binning to deliver 12-megapixel photos from the primary camera, allowing the sensor to offer more detail. Images clicked using the 64-megapixel mode had good details, and text and objects at a distance were clear, as you can see in the below image. The daylight images are also bright, and fairly sharp. The images have a decent dynamic range, and you will get better colors with HDR mode. With the combination of HDR and AI modes, you will get boosted colors.

There is also an 8-megapixel camera for clicking ultra-wide shots, and it can also be used for macro shots. The ultra-wide camera does help take landscape or group photographs, but the image quality is average with minimal details and sharpness. If you want to bring your subject closer, then you can switch to the 12-megapixel telephoto lens. 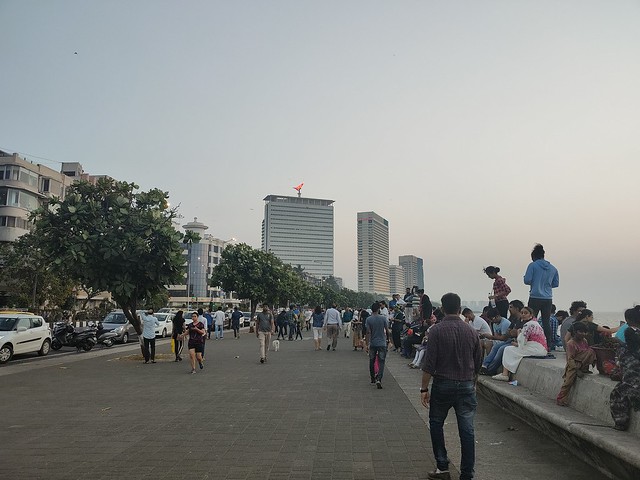 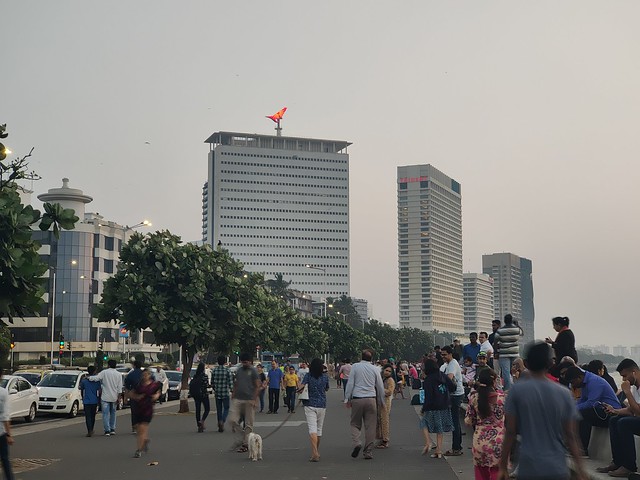 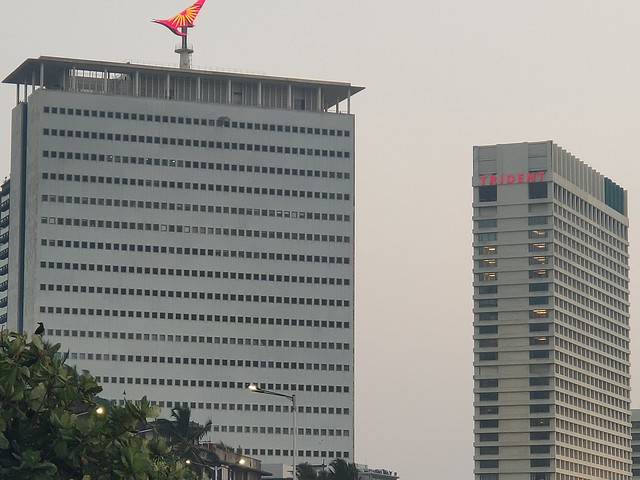 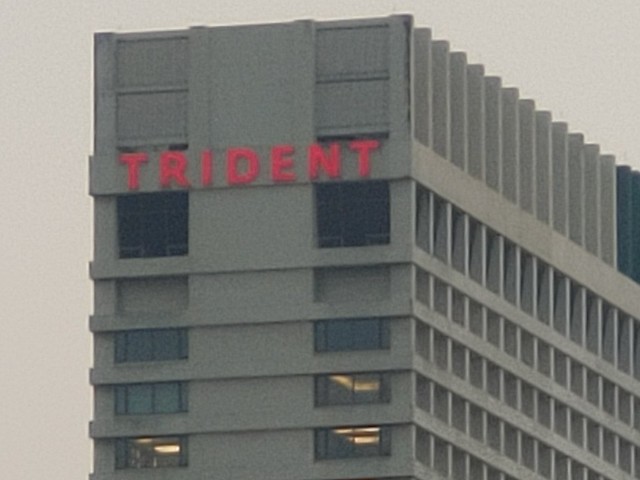 The smartphone is capable of shooting 20X zoom photos. While you don’t get a detailed and very clear 20X zoom photo, the image does give you a sense of an idea and is usable. Also, you will struggle to capture a focused 20X zoom shot. It is important to note that the camera app of the phone only shows zoom options up to 5X and then you have to press and slide the 5X zoom option to get the full 20X. The 5X zoom shots are also not very detailed and lack certain clarity.

There is also a 2-megapixel camera for depth sensing. The Portrait mode of the Realme X50 Pro worked well with good edge detection. In our usage, the focus is mostly spot-on and skin textures are mostly true. You can also get some good macro shots with fairly good details, and the AI mode does add some drama to it. However, there were times when the device struggled to focus on a small object, especially in low light. Check out the camera samples of the phone below. 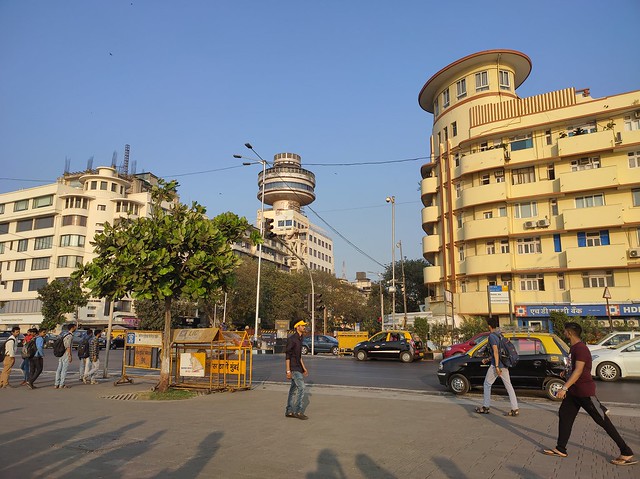 There is a significant drop in quality when the sun goes down. The low-light camera samples have a lot of grain and details are softer. Night mode doesn’t make a much of a difference, instead, we got really bad results. Comparatively, the OnePlus 7T offers you much better low-light shots.

On the front, the company has added a 32-megapixel Sony IMX616 selfie camera. The fact that the phone also has an 8-megapixel wide-angle camera on the front is good, but don’t really hope you will get a great detailed shot. The front camera doesn’t beautify your selfies by default, which is nice. You can get some decent-looking selfies with balanced exposures even in the background, and above-average details on faces. Realme X50 Pro verdict: Should you buy it?

The fact that the Realme X50 Pro offers the latest and the most powerful Snapdragon 865 SoC, 5G and Wi-Fi 6 support, 90Hz display, and 65W charger for Rs 37,999 is impressive. However, there are some downsides too. The smartphone is not waterproof, lacks reverse/wireless charging support as well as a headphone jack. The company doesn’t even ship the phone with USB-C earphones out-of-the-box. The low-light camera performance is also very bad. If you can live with these limitations, then you can surely go for this 5G phone. Do note that you will have to spend extra to buy USB-C earphones. Apart from above-average camera performance, you also get stereo speakers, premium design and solid build quality.

At this price, the Realme X50 Pro faces tough competition from the OnePlus 7T, which costs Rs 35,999. It packs one of the best cameras, 30W fast charger, and blazingly fast performance in the segment.