The Redmi Note 8 Pro brings a number of improvements over the Redmi Note 7 Pro. You get a better chipset, powerful battery and upgraded cameras, all while keeping the price well under Rs 15,000. But does that make for a worthy purchase? Chinese smartphone maker, Xiaomi, has been the undisputed leader in the Indian smartphone segment for 8 straight quarters. And the Redmi Note-series has been quite popular among consumers. With the Redmi Note 7 Pro and Redmi Note 7S, the company introduced 48-megapixel camera sensor in the sub-Rs 15,000 bracket. Now, Xiaomi has taken another leap with the Redmi Note 8 Pro, which comes with a 64-megapixel quad-camera setup. Also Read - Xiaomi Redmi 8 review: Budget all rounder The highlight of the Redmi Note 8 Pro is the 64-megapixel quad-camera setup at the back. Xiaomi is the second smartphone maker after Realme to offer a 64-megapixel camera. You get a 64-megapixel primary camera (Samsung GW1 sensor). Xiaomi is using pixel binning technique and default photos are shot in 16-megapixel resolution. If you want to click full-resolution photos, there is a dedicated mode in the camera app that you need to activate. Also Read - Realme XT Review: Changing the camera landscape in mid-range devices But mind you, while a regular 16-megapixel photo takes about 5MB space, the full-res image consumes up to 20MB space or more. Xiaomi is offering UFS 2.1 storage to speed up the saving process. Below are a couple of shots clicked in default and high-resolution modes. As seen below, it is a cropped image from both modes. You can see that the high res image is a bit sharper than the default one. Not by a big margin, but a slight difference is visible.

Moving on, Xiaomi has included a 13-megapixel camera sensor with an ultra-wide-angle lens. I like the fact that manufacturers are adding an ultra-wide lens to let you capture more from the scene. My problem here is that the quality isn’t persistent compared to the main sensor. But then again, the phone is priced under Rs 15,000, so it will be vague to expect iPhone 11 and Galaxy S10 like quality. Below are standard and ultra-wide camera samples. 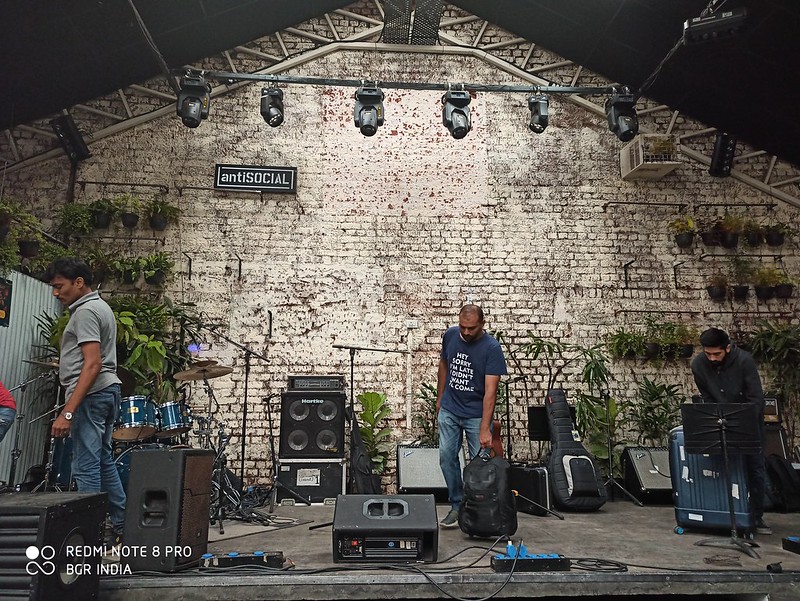 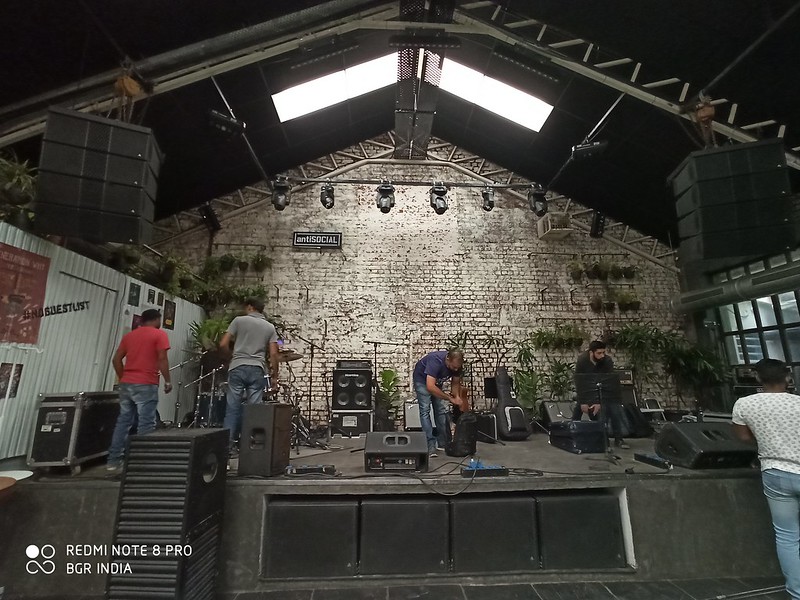 There is sky replacement feature too, which you can try out in the gallery app. Basically, it lets you turn your photos with sunrise into sunset. You can add or remove clouds, and more. Below is an example and it works pretty good.

The remaining are a couple of 2-megapixel sensors, one for depth (portrait mode) and the other, a dedicated macro lens for close-up photos. The depth sensor works pretty good in separating the background and foreground. It works well outdoors, but indoors, the camera, at times, struggles with edge detection. You also get to adjust the depth based on your liking. The macro lens, on the other hand, is a good addition. I shot come close-up shots, and while I’m not overwhelmed with the quality, it’s decent. The edges of the objects didn’t look too sharp, but the photos are passable.

Lastly, the selfie camera also gets a bump to 20-megapixels. I shot a few selfies in standard and portrait mode, and they look good. The skin tones are close to accurate, but details could have been sharper. In portrait mode, edge detection isn’t too good, but I don’t have much to complain at this price point. 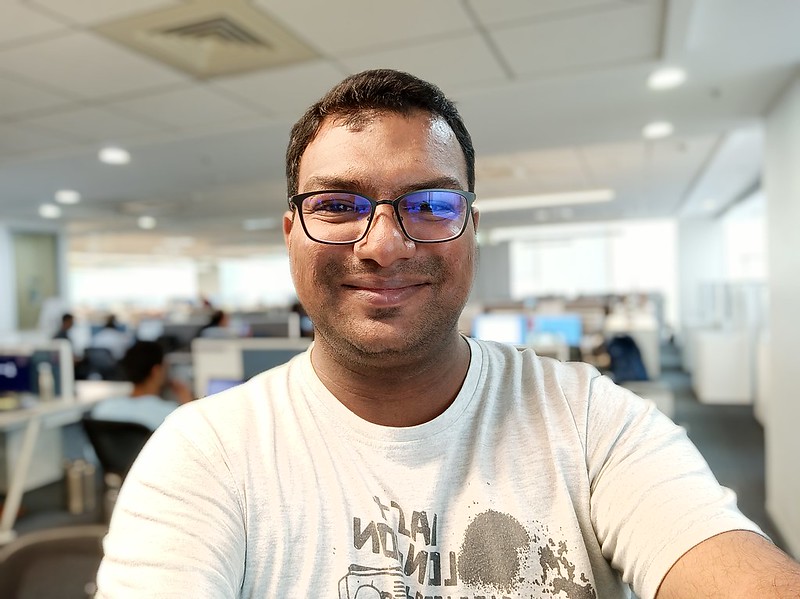 The Note 8 Pro is the first smartphone in India to be powered by the 12nm MediaTek Helio G90T gaming chipset. It has an octa-core CPU with two Cortex A76 power cores and six Cortex A55 efficiency cores. You get to choose between 6GB / 8GB RAM and 64GB / 128GB storage options. A dedicated microSD card slot for further storage expansion is also present.

Talking about performance, the Redmi Note 8 Pro runs smoothly, no matter what you throw at it. Xiaomi had sent us the top model with 8GB RAM and 128GB storage. Apps open within seconds, and even multitasking and switching between apps is smooth. The chipset is aimed at gamers and I absolutely had no issues with games like PUBG Mobile, Call of Duty: Mobile and Asphalt 9: Legends. The games were running at peak settings. With Call of Duty: Mobile, I did not notice any lag, frame drops or stutters. This is despite playing for 30 minutes at a stretch. In case of PUBG Mobile, with graphics settings turned to HDR and high frame rate, I was able to play it without any issues, just that it wasn’t buttery smooth. But thanks to the bright 6.53-inch FHD+ display and support for HDR, the content looks lively on the screen.

Xiaomi has included liquid cooling which does help in thermal management, and heat dissipation is good too. It does get a little warm near the SoC, but it never reached the levels where the phone becomes uncomfortable to hold. Overall, the performance is good.

Xiaomi has bumped the battery capacity with the Redmi Note 8 Pro. You get a 4,500mAh battery with support for 18W fast charging. The company has also included a fast charger in the box, which is another good addition. It takes about 30 minutes to charge 40 percent battery, and a little over 90 minutes to charge to full. Talking about battery life, I regularly got over 6 hours-worth screen time, even with mixed usage. This included about one hour 30 minutes of gaming, social media, watching videos and TV series on YouTube and Netflix, and some web surfing. With regular usage, you don’t have to worry about your phone’s battery draining out before the end of the day.

The smartphone comes with Android 9 Pie OS and MIUI 10 skin on top. The interface is much improved in terms of smoothness and features. However, the Ad problem still persists and it is annoying. The one thing that bugged me was the default browser that is powered by UC. The homepage shows some buzzing stories, but the lead images for the stories have some objectionable content. Imagine traveling in crowded public transport, opening the browser where such content is visible, and the next thing you have is people judging you. And there is no way to uninstall the browser. Of course, there is Chrome, but you end up with duplicate apps. At least some sort of control should be given to the user on what apps they want.

Moving on to extras, the Redmi Note 8 Pro comes with P2i nano-coating, making it resistant to accidental splashes and spills. Do note, it is not IPXX certified, so refrain from taking it in the pool or in the shower. The Xiaomi smartphone also comes with an IR Blaster on the top to control your AC, TV, and more, and built-in Alexa support. It supports dual commands, so you can summon Google Assistant by saying Ok Google or Hey Google. At the same time, you can summon Alexa by saying “Alexa” hot word, followed by the question. I tried getting the feature to work, but it didn’t. Xiaomi said this will be enabled after a software update.

Verdict: Should you buy the Redmi Note 8 Pro?

The Redmi Note 3 was a game-changer when it was launched in March 2016. Since then, Xiaomi hasn’t looked back. The latest, Redmi Note 8 Pro, raises the bar once again. It is designed to cater to gamers, photographers, and users who want a phone with excellent battery life. Of course, the camera quality isn’t excellent like the flagships, and the ads within the system and apps sort of ruin the experience. But beyond that, there’s literally nothing to complain considering the starting price of Rs 14,999.

If this review doesn’t convince you to buy the Redmi Note 8 Pro, options like the Realme XT with 64-megapixel quad cameras is not a bad option either. And then, you have the Samsung Galaxy M30s with 48-megapixel triple rear cameras, and a massive 6,000mAh battery. The Vivo Z1 Pro is another interesting option in the segment that can be looked at.